The ability to sketch out any object you can think of and then 3D print it on demand sounds like a dream come true, right? Too bad the equipment to do so is still financially out of reach to a lot of people and 3D software comes with a steep learning curve. A lot of people assume you have to be a designer or engineer to make use of 3D printing technology, and for the most part, that’s true. But a new product called the Yeehaw Wand aims to put these abilities in the hands of anyone and everyone, regardless of your skills and experience. 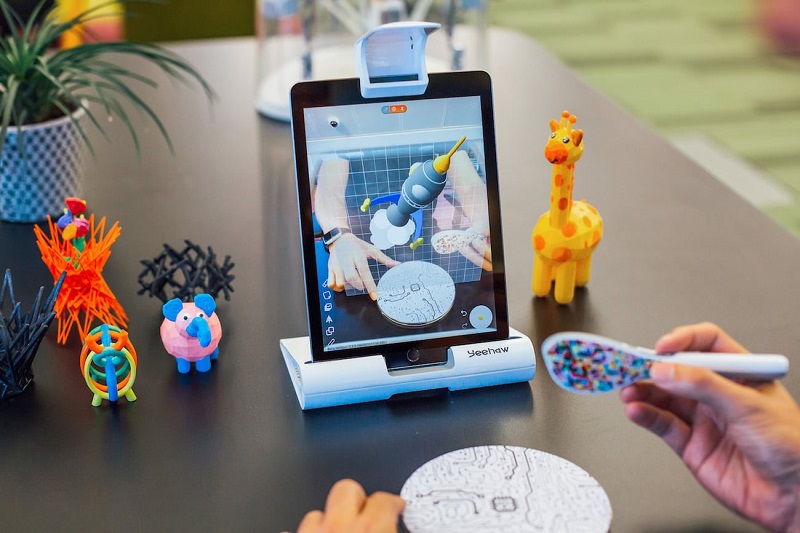 The Yeehaw Wand uses augmented reality (AR) to create objects in 3D. It consists of a funny little paddle-shaped wand and a plate you place below it on a table to capture the wand’s movements. When you connect the Yeehaw Wand to your tablet or smartphone using the accompanying app, you’ll be able to watch as its movements in the air translate to 3D drawings on the screen. 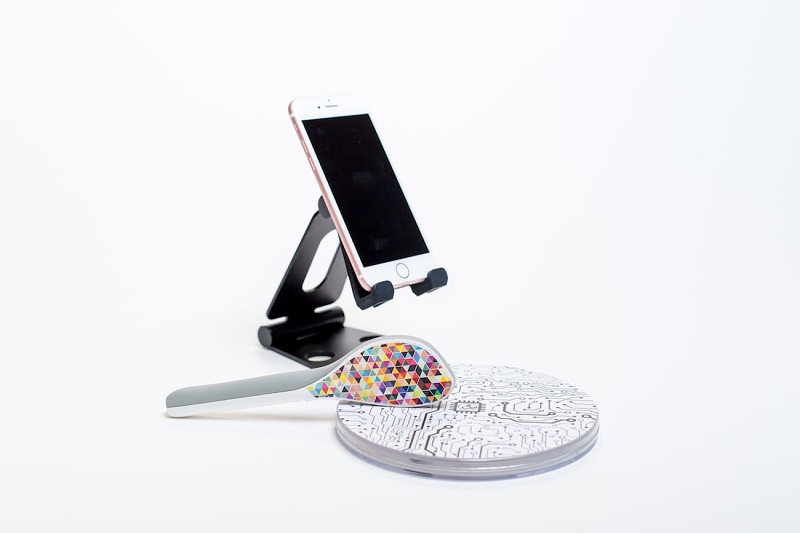 Each movement of the wand in the air becomes a “stroke” and helps create a three-dimensional object. The plate lets you rotate your creation to view and adjust it from every angle. The wand features 360-degree 3D rotation, 2D multitouch screen gestures, the ability to zoom in and out, mirror image strokes, 2D fixed-plane boundaries, color & size spectrums, and 3D mesh pre-designs, so you can use an existing template to get started instead of creating an object from scratch. Still, it’s pretty amazing to see your own designs spring to life from thin air. Watch the videos below to get a better idea of how this process works.


Drawing tools on the touchscreen of your device allow you to switch between various modes, drawing lines or three-dimensional figures, adding color, or adjusting the size and shape of each detail. Once you get the hang of how the simple software works, the design process is pretty intuitive. In fact, the makers of the Yeehaw Wand say even kids can easily learn how to use it. 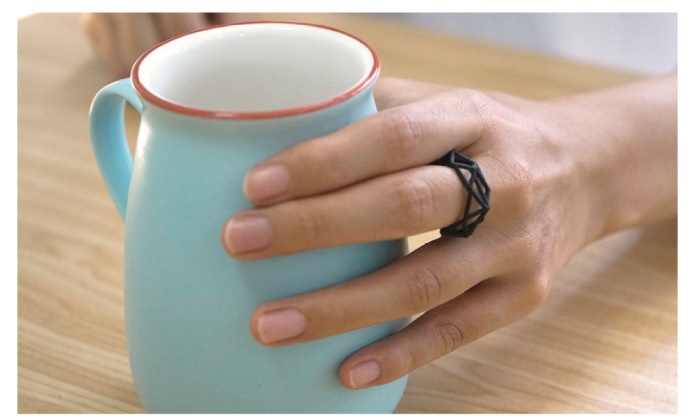 To bring your creations into the real world, you can print them out using the Yeehaw 3D printer (sold separately) with the push of a button on the app. This simple-but-fully-featured 3D printer features a transparent casing, so you can watch your design being “born” every step of the way. You can also use the wand with any other 3D printer, whether you’re at home or at a local 3D printing center. A third option lets you press “Print” from the app, ask Yeehaw to print the object at their own facilities, and ship it to you. 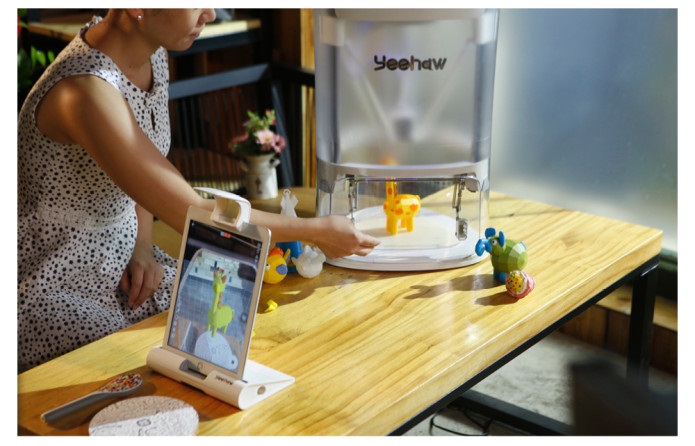 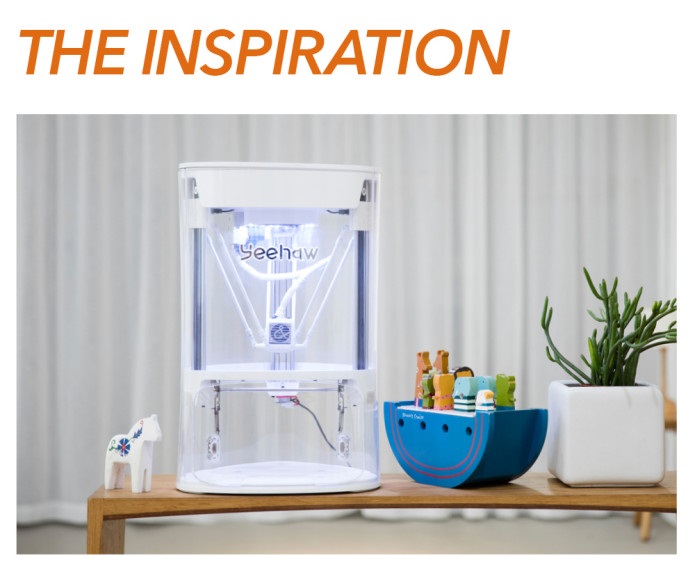 “While developing the Yeehaw 3D printer last year, we found that a lot of users were really interested in this new technology but didn’t have the skill to build their own models. Most of them told us they found 3D technology fascinating but didn’t have time to learn a 3D modeling program and wished they could just sketch something normally, like with their hands. So, we tried to find available technology to support this demand so people could use the printer. But we just couldn’t find anything that was really easy to use and affordable.” 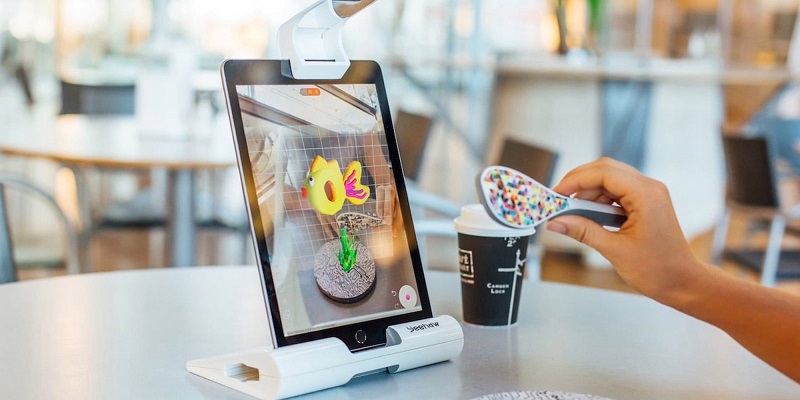 “So, we decided to use the most modern technical expertise we could to develop this idea for our users at the lowest price possible, so it would be accessible and affordable to regular people who just wanted to start making 3D things at home. We felt AR was the best fit for what we wanted to achieve, and then we started work on this project.”