Pull the World Wide Web right out of your electronic device’s screen and into your physical environment with a new set of augmented reality goggles from Magic Leap. After six years of research and development, this long-promised product is finally on its way, and considering how cool its effects look, it’s safe to say the delay is forgivable.

The “Magic Leap One” headset uses light-field technology to project realistic animated 3D imagery onto the user’s retinas, blurring the lines between what’s real and what isn’t. A handheld controller lets you navigate the augmented reality world, pulling up menus and options as you go. 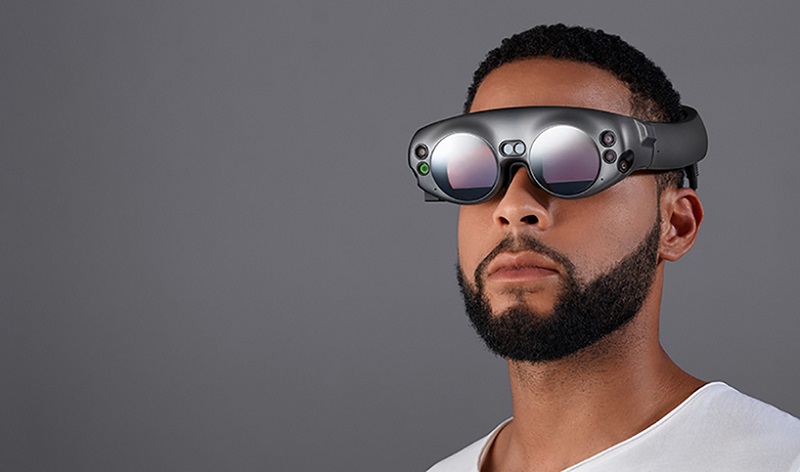 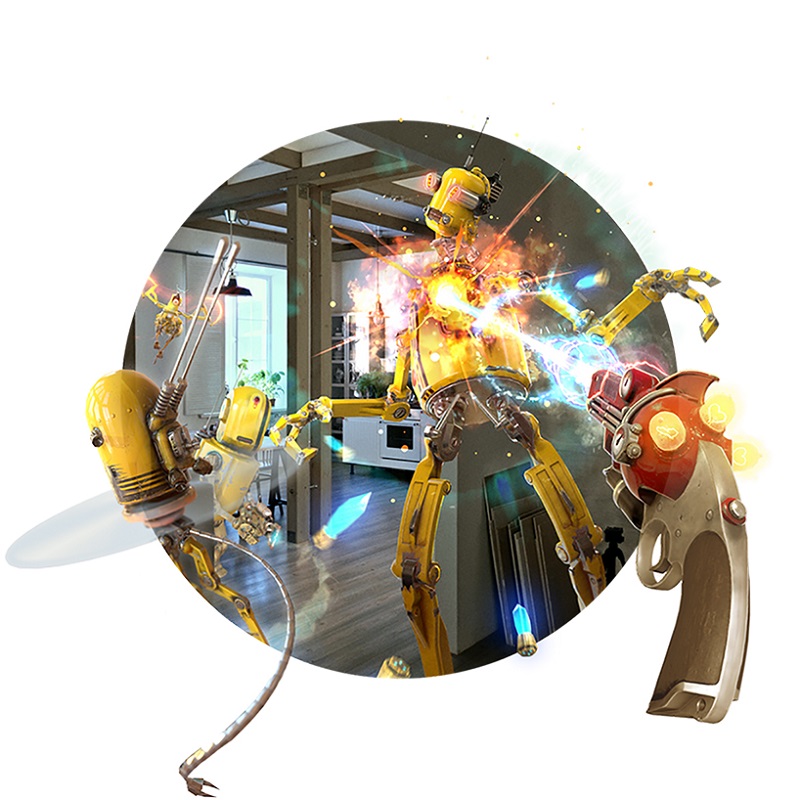 Though not exactly fashionable or unobtrusive, the headset is lightweight, taking the form of goggles instead of the bulky helmet-style viewer that many have come to associate with AR technology (and do we really expect these things to be fashionable?).

You strap a circular computer module to your hip, which in turn plugs into the goggles. In addition to the remote, the system can be controlled using voice commands, gestures, eye-tracking, and head pose input. Magic Leap says users will even be able to purchase prescription lenses for the headset, answering a crucial question for those of us that need a little vision enhancement.

The Magic Leap One is currently being billed as a “Creator Edition” designed specifically for developers. The company has yet to release any details on pricing, but they say the headset will begin shipping in 2018. A consumer version probably isn’t too far behind. They’re careful to note that they’re still working on the final version and that “the product is continually dancing and may be different at time of shipment.” 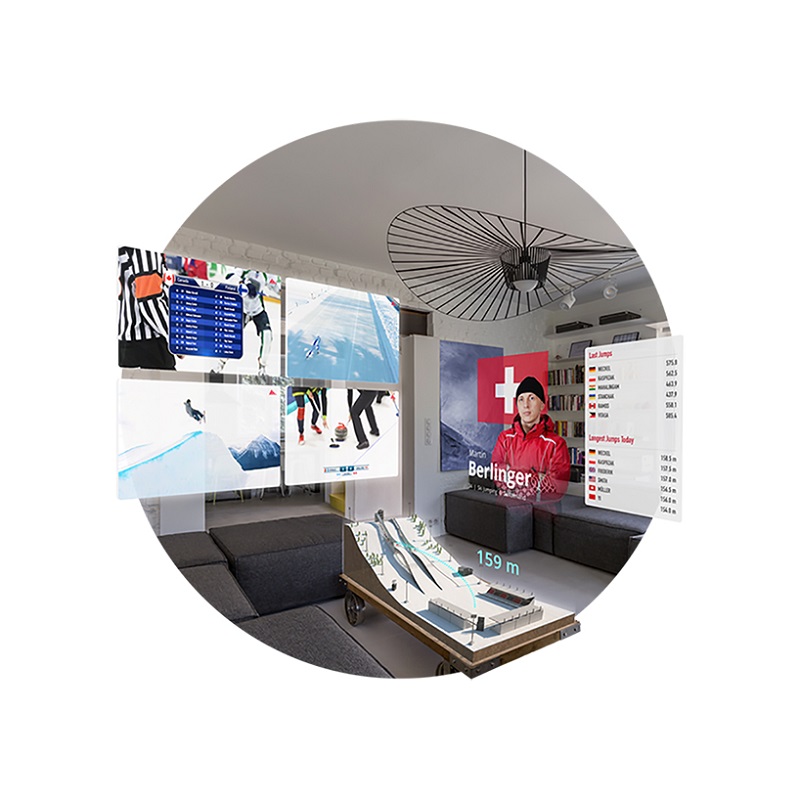 So how does it work? According to Magic Leap, the headset’s primary feature is its “Digital Lightfield,” which consists of photonics that generate digital light at different depths to blend with natural light, making digital objects look more realistic in the user’s environment. It’s a way to help our brains process digital objects the same way we do real-world ones, so we can immerse ourselves in these augmented environments for longer periods of time without strain.

A suite of built-in sensors detect surfaces, planes, and objects in your surroundings so they can be digitally recreated and blended with virtual elements. Using room-mapping technology, the AR system determines the dimensions and placement of rooms and the objects they contain, so when you place a digital object somewhere, it’ll stay put. For example, you could place a virtual television on the wall over your fireplace or a weather display in a corner of the room. 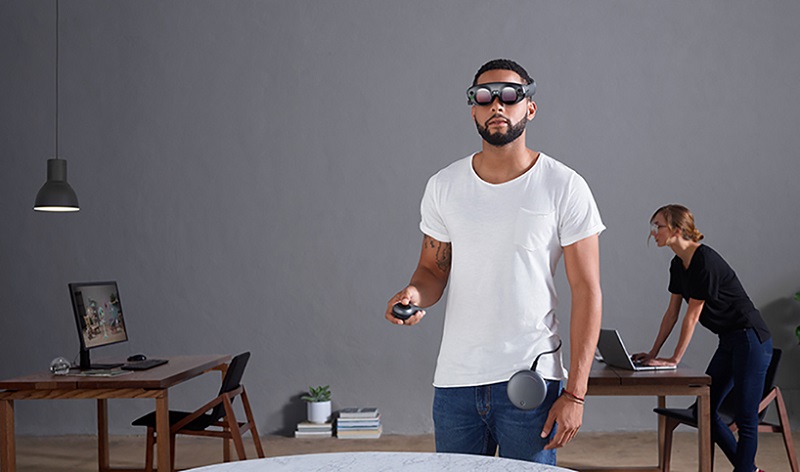 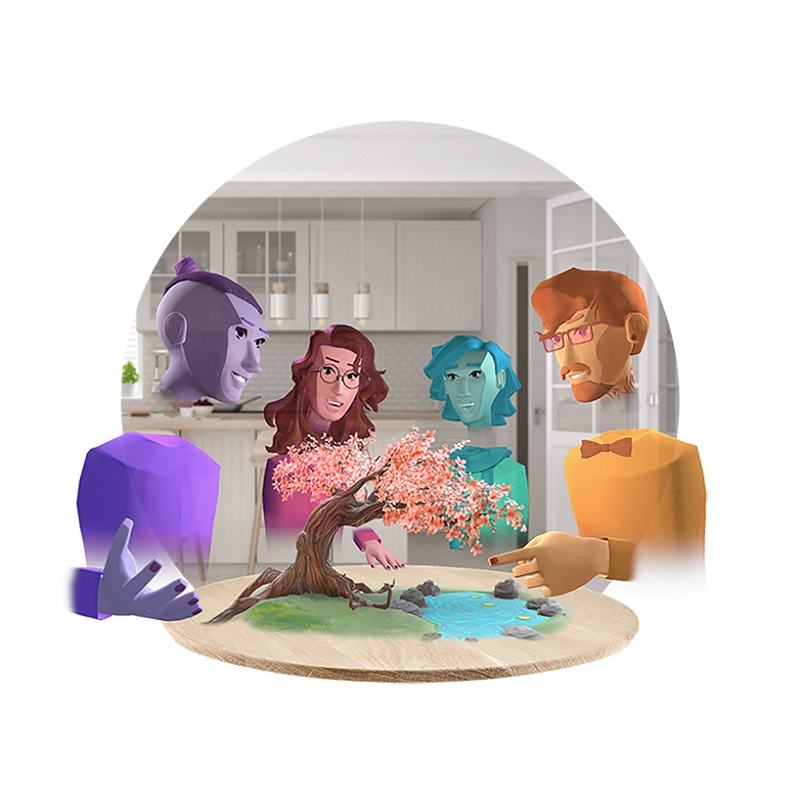 The “Soundfield Audio” feature mimics the real world to account for the location that a sound is coming from, “meaning you’ll know how close a virtual T-Rex is as it stomps up behind you.” The headset’s high-powered processing unit provides gaming-quality graphics, and its next-generation interface eliminates “outdated” point-and-click input systems in favor of more natural and intuitive options.

The developer release will allow people working in fields like gaming to produce content that specifically makes use of the Magic Leap One system. The possibilities feel virtually endless, offering developers “a sandbox without boundaries (or real sand).”

“Great games transport us to different worlds. But what happens when games live in ours? Now, gameplay and characters finally come to you,” says the company. “Where will you take them?”

While they may be the first to pull off a wide release, Magic Leap isn’t the only company working on exciting AR technology. It’s likely that 2018 will bring announcements from companies like Google and Apple regarding products with similar capabilities.