Lab-grown meat may be a potential way to feed the global population while fighting climate change, but can you stomach the idea of steaks or cured meats grown from human cells? A company called BiteLabs is looking to market human test-tube meat, and that’s not even the weirdest part. They’re hoping to get celebrities like James Franco, Ellen DeGeneres, Jennifer Lawrence, and Kanye West on board to donate tissue samples that will eventually become salami. 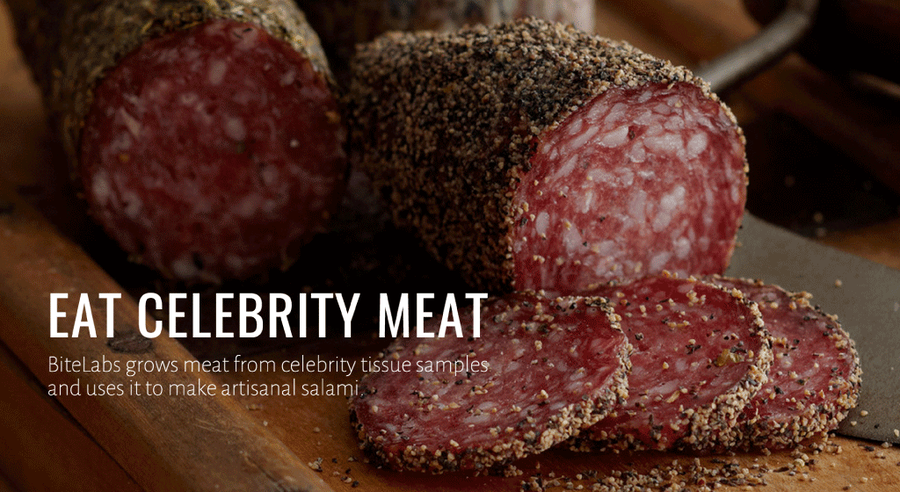 They describe a potential Ellen salami as “black pepper and garlic with a playful kick of mustard [for] a highly approachable and well-rounded flavor,” J-Law’s as “smoothed with notes of honey, and spiced with orange zest and ginger,” and Kanye’s as “best paired with strong straight bourbon.” James Franco’s salami would be “arrogant, distinctive, and completely undeniable.”

“Today, in-vitro meat production is close to becoming a reality, offering highly controllable meat production without the animal cruelty, waste, and environmental impacts of industrial farming,” reads the BiteLabs website. “But this process can offer so much more than replicas of beef and pork. The process begins with myosatellite cells, which are obtained via biopsy. These are a particular type of stem cell found in adult muscle that function to repair and regrow damaged muscle. Isolating a sample of these cells provides a base that can grow into as much meat as required.” 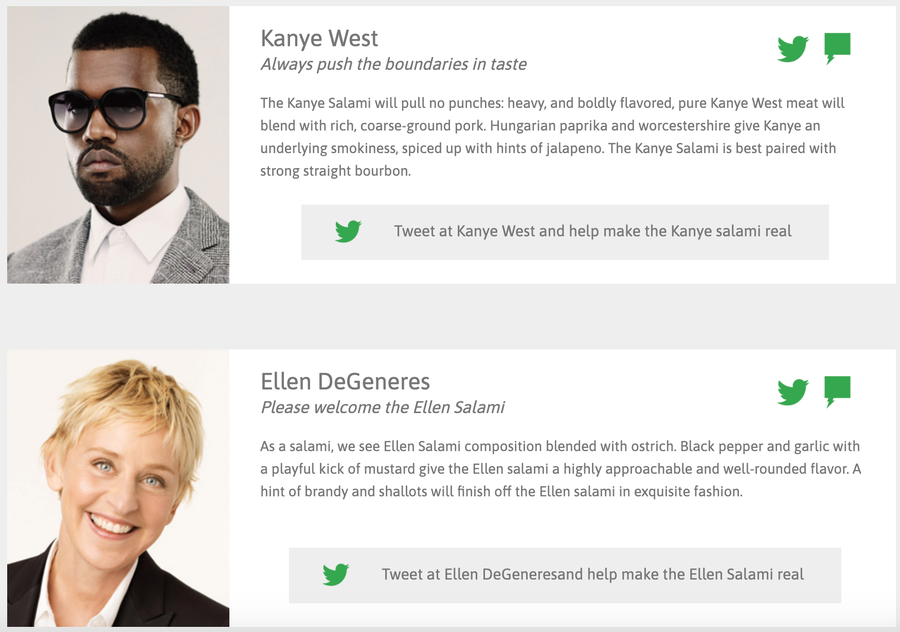 These cells are fed a growth medium that functions like an artificial blood so they can multiply and develop into muscle tissue over a sugar support, which mimics the function of veins. When fully grown, the muscle pieces are mixed withs pieces, fats and oils and stuffed into casings to be dried, aged, and cured. This process is virtually identical to that used to grow cultured meat using cells taken from animals. Lab-grown meat is molecularly identical to ordinary meat but doesn’t require any animals to be killed.

If you think eating meat made from the cell tissues of humans sounds a lot like cannibalism, you’re not alone. When artist Orkan Telhan exhibited steaks grown from human cells called “Ouroboros Steak” at the Design Museum in London, he received a flood of angry emails and social media posts calling him “wicked” and “pure evil.” But Telhan wasn’t trying to encourage us to eat each other with his project. It’s a statement on the fact that we can choose to use our own cells to produce lab-grown meats, but animals can’t provide the same consent. 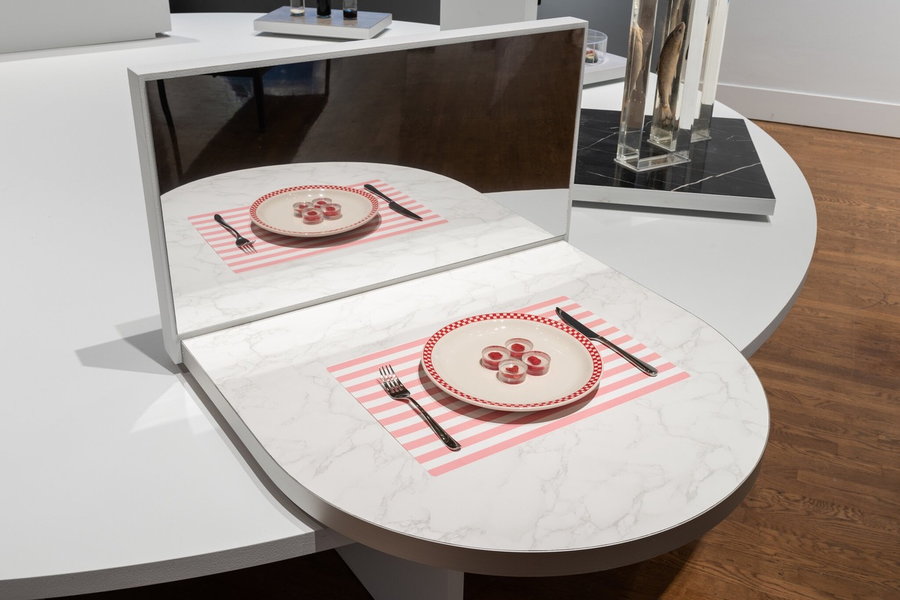 BiteLabs told The Los Angeles Times that its primary goal is to “provoke discussion and debate around topics of bioethics and celebrity culture,” but also plainly stated that they’re gauging market interest for an actual lab-grown celebrity salami project. “We see inefficiencies, environmental hazards, and ethical problems in the world’s food production and distribution. There are exciting opportunities to disrupt these industries while opening new ways to consume celebrity culture.”

To be clear, none of the celebrities featured in BiteLabs’ promo materials are actually affiliated with the project, but the company hopes the public will help get them and others onboard by tweeting at them.