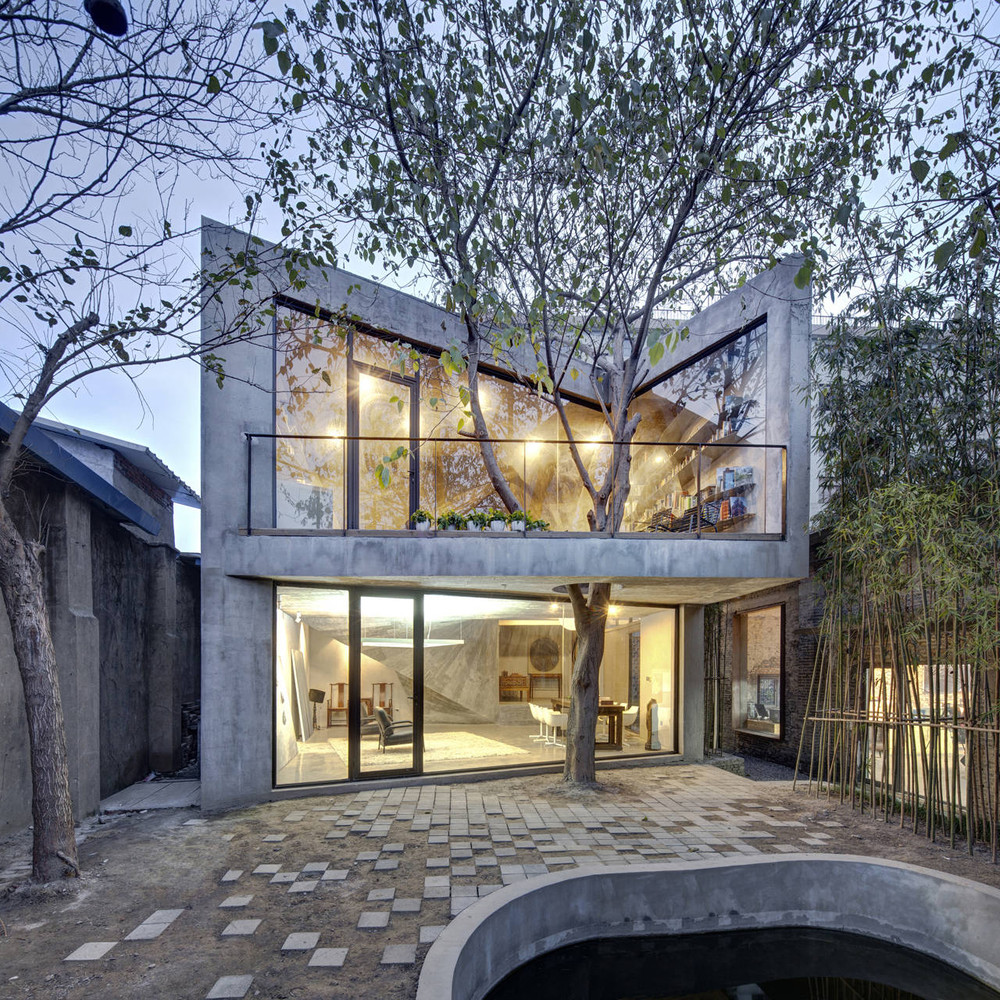 Twisted board-formed walls turn into stairs and frame a series of experiences in this home that rival organic exterior equivalents – in short: it is a forest within a forest.

A series of conceptual diagrams show from the start what the intended feel was to be in both abstract and concrete terms (no pun intended), ranging from light and bright to dark and cave-like.

The resulting space, despite being confined on three sides, feels remarkably open both to indoor functions and the adjacent outside space. Design by Archi-Union Architects with images by Zhonghai Shen.

“The Tea House, located in the backyard of Archi-Union’s J-office, is constructed from the salvaged parts of the original warehouse’s collapsed roof. The site was extremely constricted with walls on three sides, and with only one side facing towards a nopen space that contains a pool. The space was further restricted by a mature tree. The design tries to embody harmony by integrating enclosure and openness, delightful space and logical construction and other complicated relations.”

“This building reactsto the site’s environment; the plan layout is a logically obscure quadrilateral, thus maximizing the amount of space. It is divided into three parts. A covered public area is formed towards the open space with the pool, with an enclosed tea house at ground level and library on the first floor where a small triangular balcony extends around the existing tree. Other more private spaces exist such as a lounge, reading room and service room which are arranged towards the rear of the building; a delightful transitional space was created to connect the public space and the private spaces.”

“The transitional space was designed around a twisted nonlinear hexahedron staircase, which connects the functional spaces. The stair resolves the vertical transportation issue fromthe tea house and the library and provides an inner courtyard near the reading room for viewing the existing tree. The space was designed to bring a new experience to an ordinary functional space. Linear space suddenly changes into an expressive form, surging from the tea house then transforming into a tranquil space for the library on the floor above, making the reading room a special place to sit.”