Global pandemics have a funny way of bringing daily life to a grinding halt. When the coronavirus began creeping around the planet, even major metropolises became quiet and barren. Take, for example, the typically-bustling Oxford street in London, where designer and artist Camille Walala found both a nearly empty central square and a newfound source of inspiration. 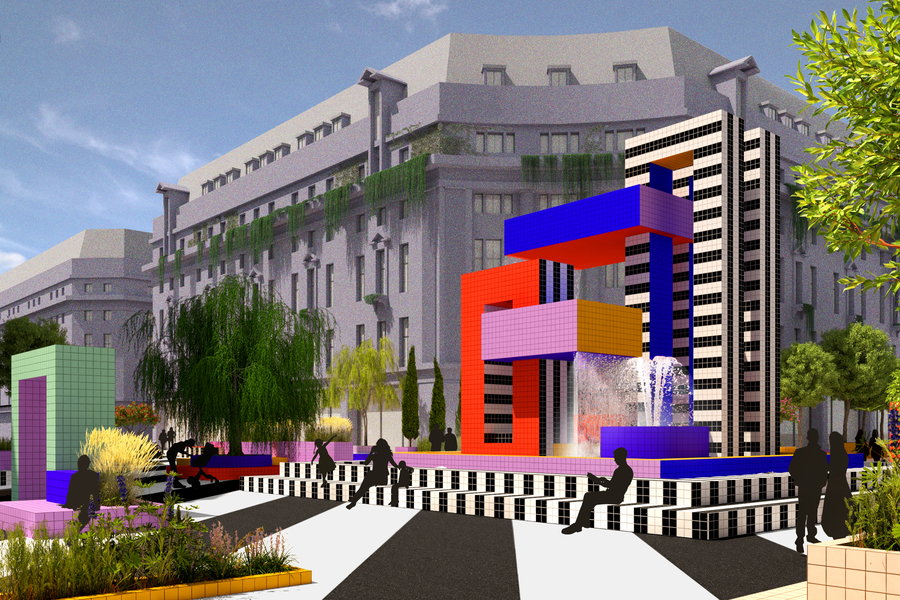 As life-altering as the pandemic has been, there’s no denying the fact that it’s also offered us opportunities to consider ways to reshape the future. So when Walala rode her bike through the city’s unoccupied streets during the first lockdown, she considered what it would look like if cars were forever banned from certain areas. That idea got the wheels turning on a design focused on pedestrians instead of vehicles.

She got to work curating a multi-functional gathering space in the hub of the city. Her trademark blocky and colorful architectural installments became a central element in the design, with bold elements that stood in steep contrast to the street’s current two-dimensional, monochromatic aesthetic. 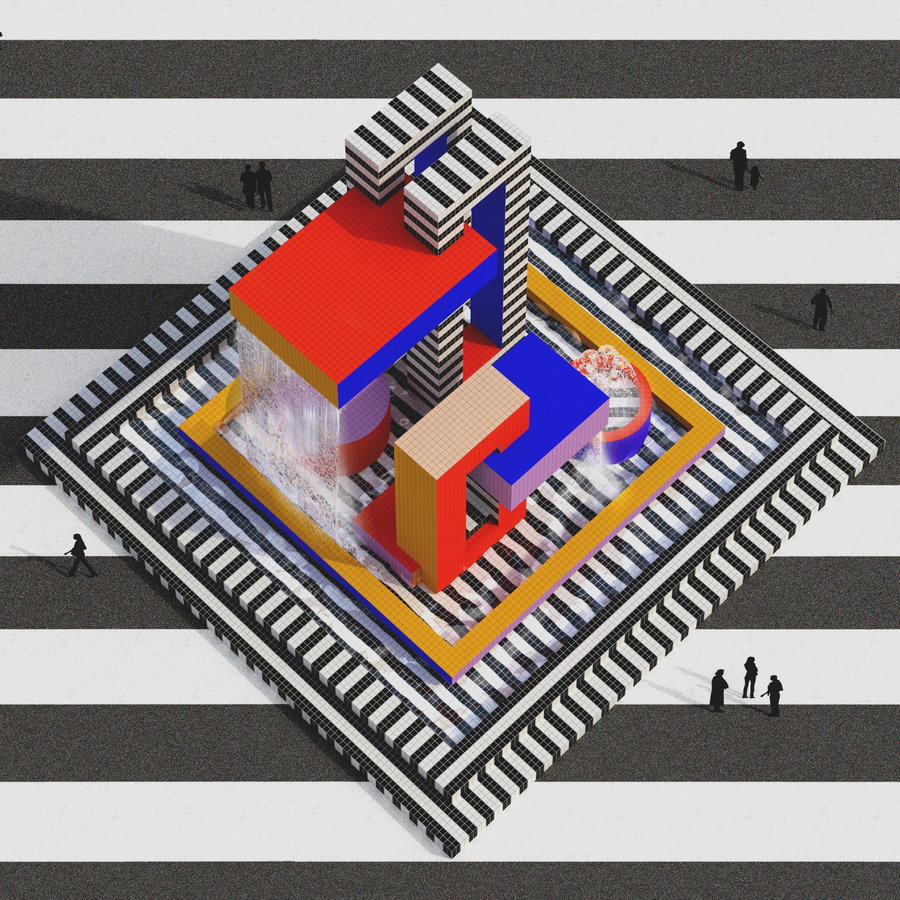 Camille sees the project as an expression of love for a city she’s called home for 23 years —a city that has provided endless inspiration and opportunities throughout her career as an interior designer and street artist.

“I found myself with more and more opportunities to develop my practice and ideas – to play with pattern and color at larger and larger scales. If I’d lived somewhere else, if I’d not been rooted in London’s creative scene, surrounded by the people I was, I don’t know if I’d even have become an artist,” she explains. 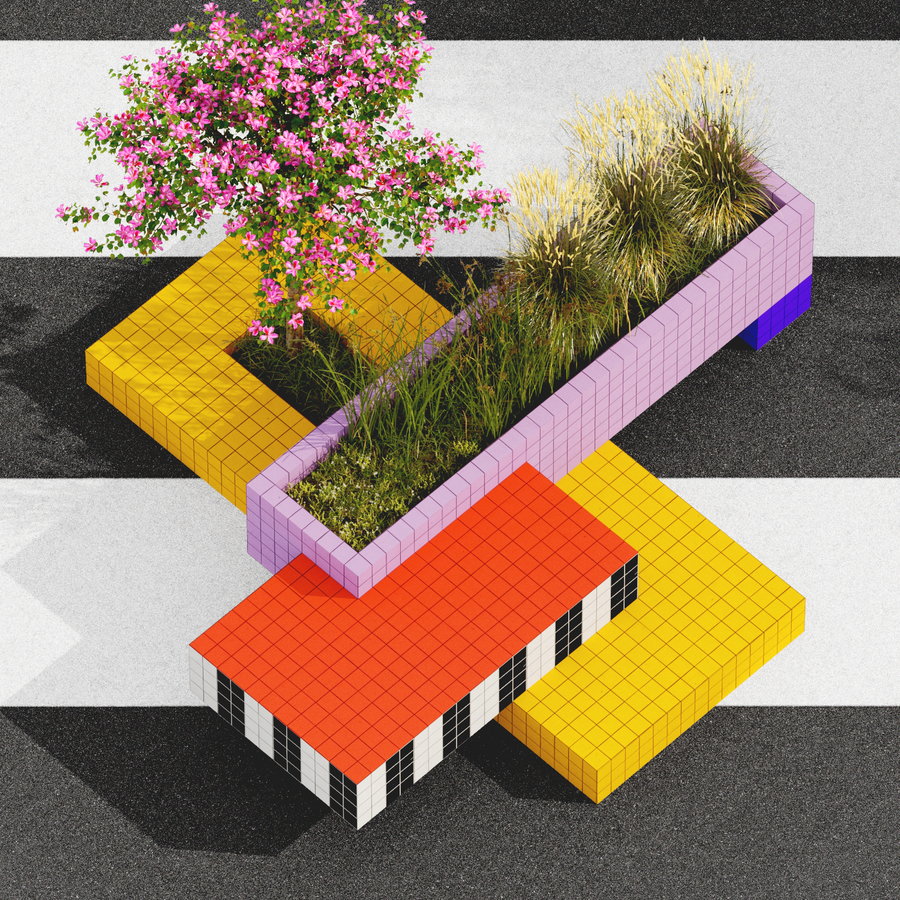 Camille’s partner, creative producer Julia Jomaa, also contributed to the project in the initial imaginative discussion about how the space could be used for public gathering along the lines of an agora in ancient Greece.

“We were struck by the silence of the streets, the sense of peace that had descended on London in the absence of the traffic, and we started talking about how cities might be fundamentally different,” Jomaa notes. 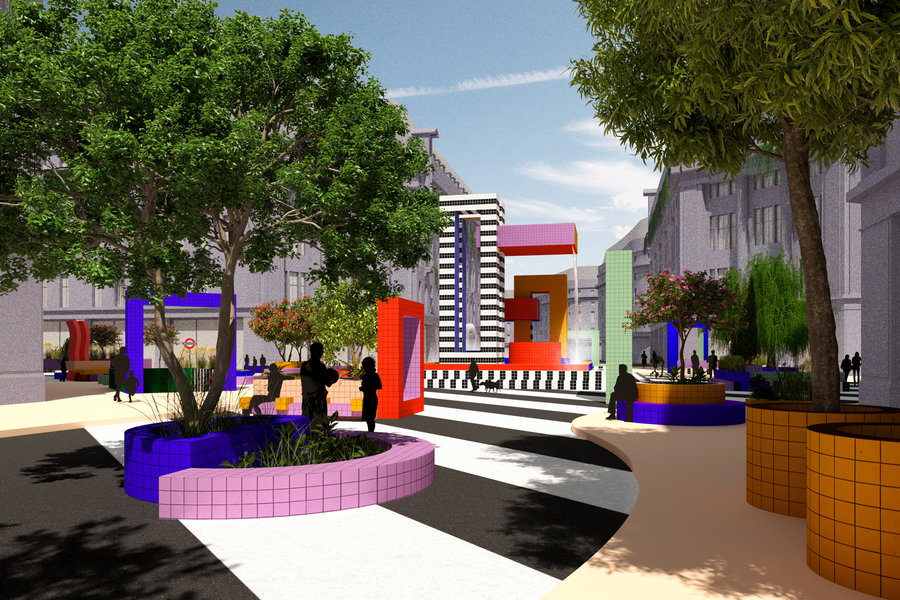 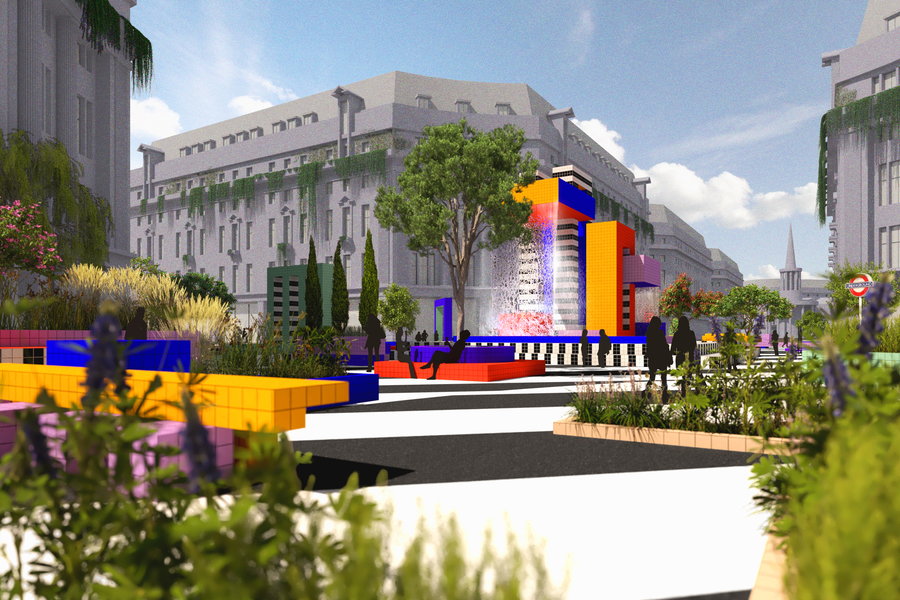 The image for the space on Oxford street, however, is both functional and visually demanding, with contrasting bright colors alongside black and white geometric patterns. A massive centralized fountain is surrounded by seemingly interlocking geometric blocks. It’s a little like a larger-than-life LEGO installment. Striking planters spaced throughout the area provide seating and an opportunity to interact with the landscape. The captivating design offers a stark contrast to the surrounding gray buildings, all of which blend into the similarly-colored streets.

Although the design is an inspired vision of what the area could be, it’s also a potential realization of “a serious proposal for a new, more enriching urban landscape.” The discussion of creating a car-free capital isn’t a new one, but Camille Walala’s dramatic and artistic spin just may be the catalyst the city needs to make the change towards a pedestrian-focused plaza for future generations of Londoners. 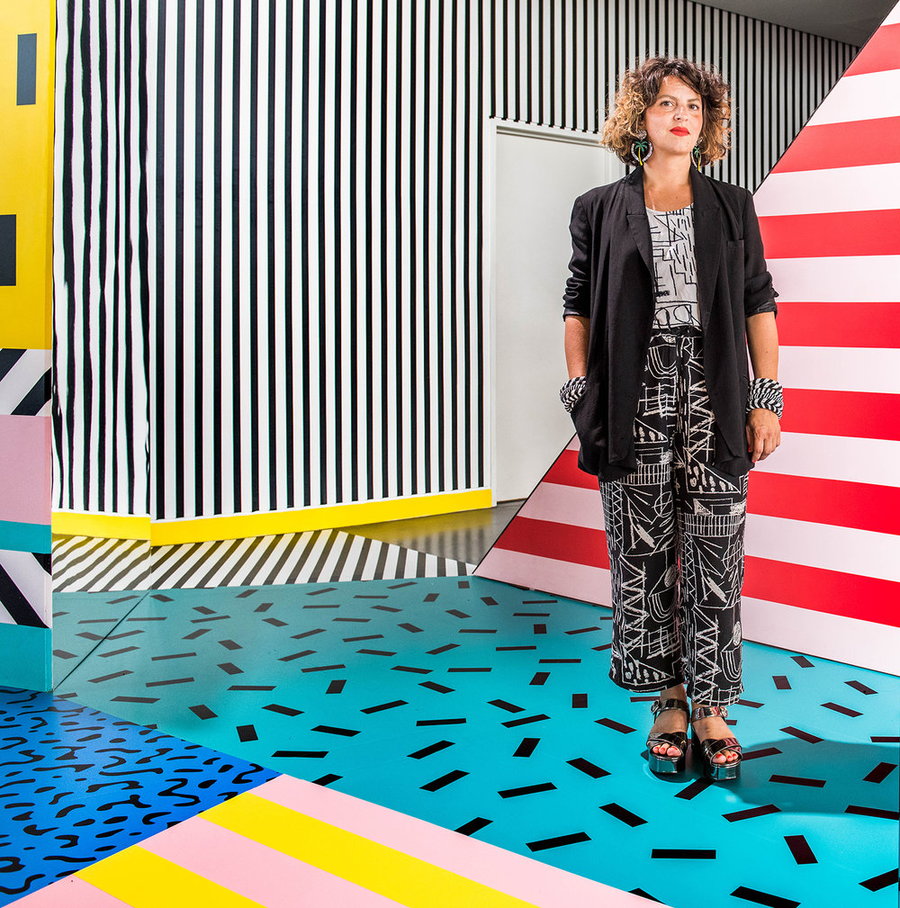 “This project is my what-if portrait of the city of tomorrow, and my own projection of what the London I love might one day look like,” says Walala.

In fact, the designer’s concept isn’t just limited to London, and it could be used as a blueprint to form happier, more eco-friendly cities all over the world.

All images courtesy of Camille Walala with Omni Visual