In celebration of their 2017 theme “The Nation We Build Together,” the National Museum of American History in Washington DC has unveiled a replica of the Statue of Liberty made entirely from “Lego” bricks. Located in the building’s first-floor lobby and standing at over nine feet tall, the statue played a major role in the Smithsonian’s 4th of July festivities and now serves as an impressive, fun doorman that visitors can snap a quick picture with. 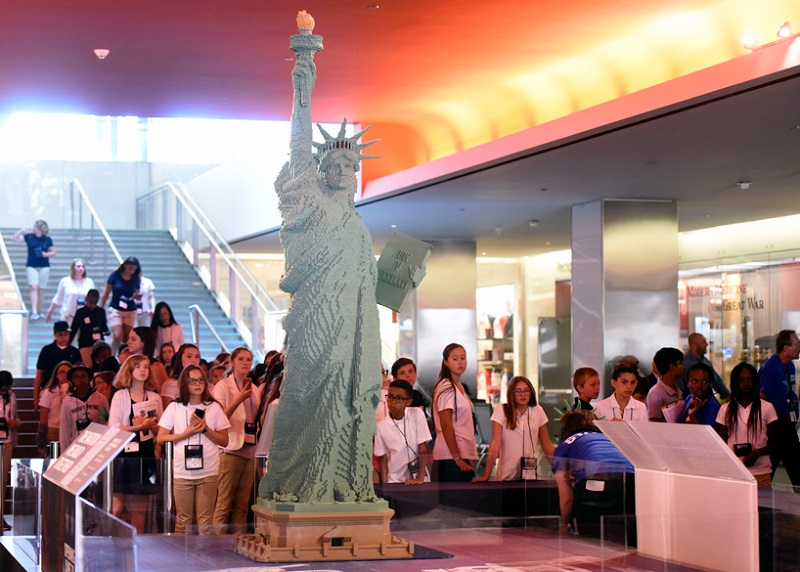 The model was designed and assembled by 49-year-old Erik Varszegi, one of four “master” Lego builders in the United States. It took the specialist 70 hours just to plan out the 125-pound (without its internal steel frame) statue’s construction — the actual building process required two extra sets of hands and a whopping 292 hours of labor! In total, 25,375 bricks in five different colors were used to complete the project. While most of Lady Liberty’s body is sand green, her base is sand yellow, and the flame on her torch boasts a warm golden hue. Plus, a few reddish and brown blocks were used to make up the observation windows on her crown. 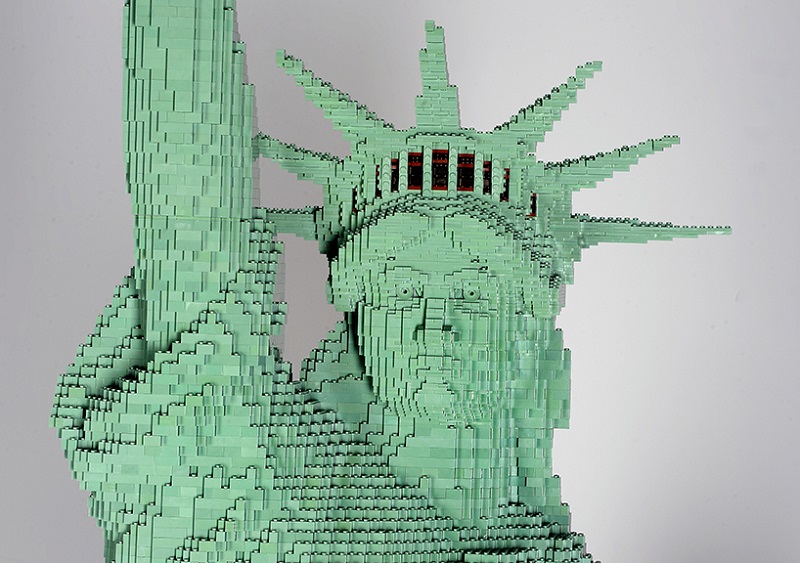 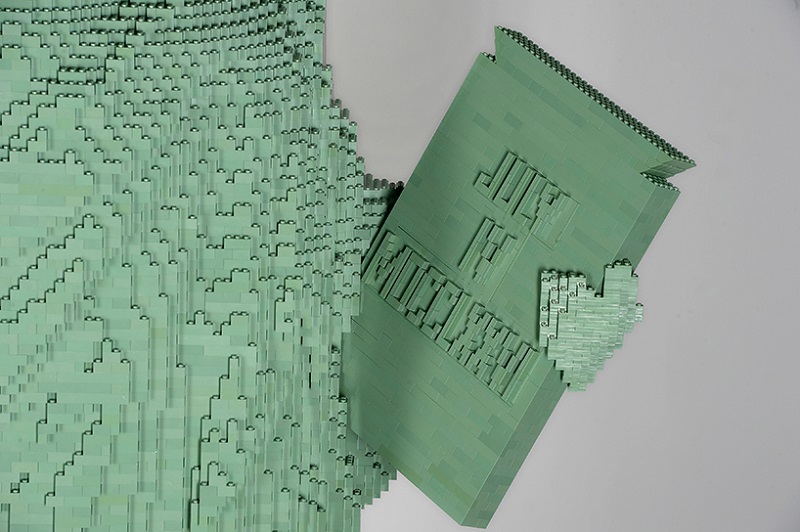 According to Varszegi, who has spent the last 22 years building Lego models, the biggest challenge he faced during this project was faithfully recreating the back of the statue. He explains, “If I had to pick a most difficult part of the model, I’d have to say the whole backside of her. Very little in the way of photographs exist online of Lady Liberty. Seems like people only like shooting her from the front.” 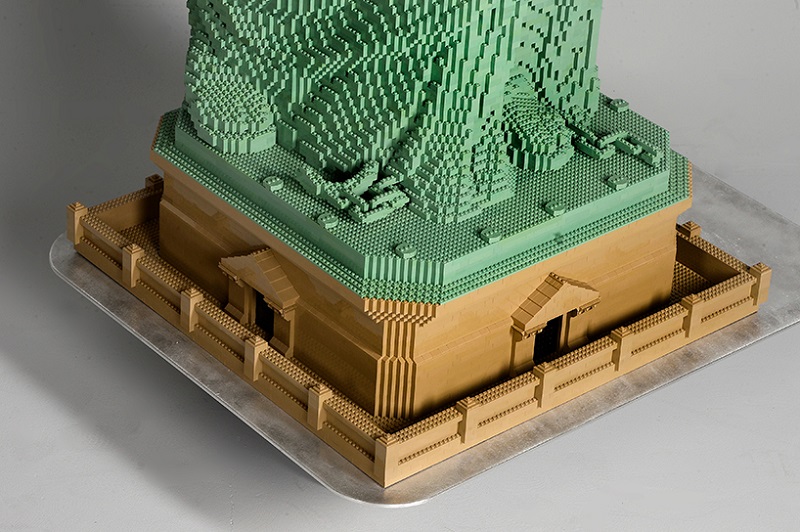 On the replica, Museum Director John Gray had this to say: “The image of the Statue of Liberty is inspiring to so many of us. She embodies all of the complicated ideas that form our American history and drive our nation’s future. We try to always have a major object in the museum’s Constitution Ave. lobby to send a message about what is happening in the rest of the building and that’s what the Statue of Liberty does for us. For many visitors, she’s a great photo opportunity and we’ve seen lots of selfies snapped there.” 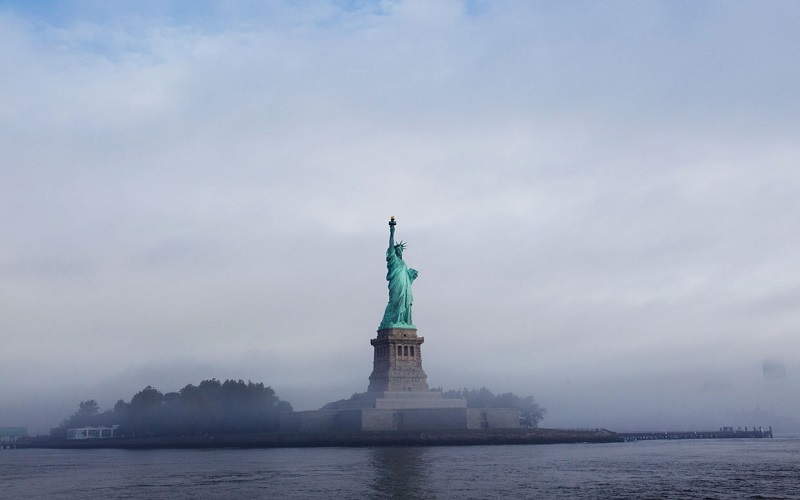 The original Statue of Liberty was designed by French sculptor Frederic Auguste Bartholdi and built by Gustave Eiffel (the same man who created the iconic tower in Paris). Though it was fashioned from copper, Bartholdi’s original intention was to have her made from gold. In fact, he also planned for her to be used as a lighthouse. 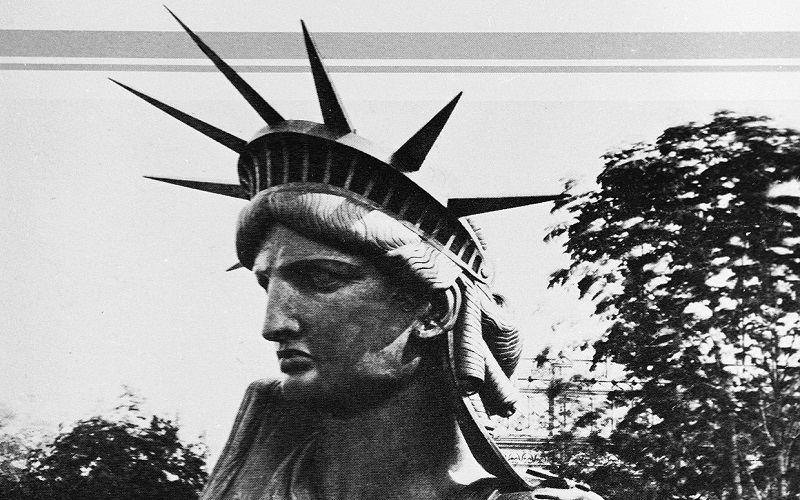 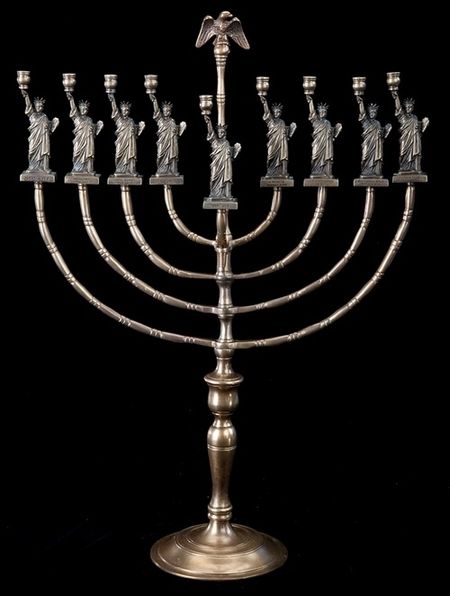 Since its completion in 1886, the iconic sculpture has gone on to inspire many artworks and artifacts. A handful of these items can be found in the Museum of American History alongside Varszegi’s Lego model. Miniatures, rugs, and even menorahs pay tribute to Lady Liberty and reflect our 100-plus year fascination with her.

“The Statue of Liberty remains an enduring symbol of America, and this model invites our visitors to think about what it means to be American and invites them to engage in the stories of the country,” explains John Gray.