Pride Month may be over, but we’re not done talking about one of the biggest stories that came up this year: IKEA’s weird LGBTQ+ themed couches. The retailer invited artists from the community to design wink-wink-nudge-nudge “love” seats representing different identities like pansexual, transgender, lesbian, asexual, nonbinary, two-spirit, and gender fluid, as well as a design based on the Progress flag, an updated pride flag incorporating colors that highlight transgender and Black and Brown queer communities. Presented in the form of slipcovers, the collection went on display at IKEA Canada stores and quickly spread across the internet. Reactions were…mixed. 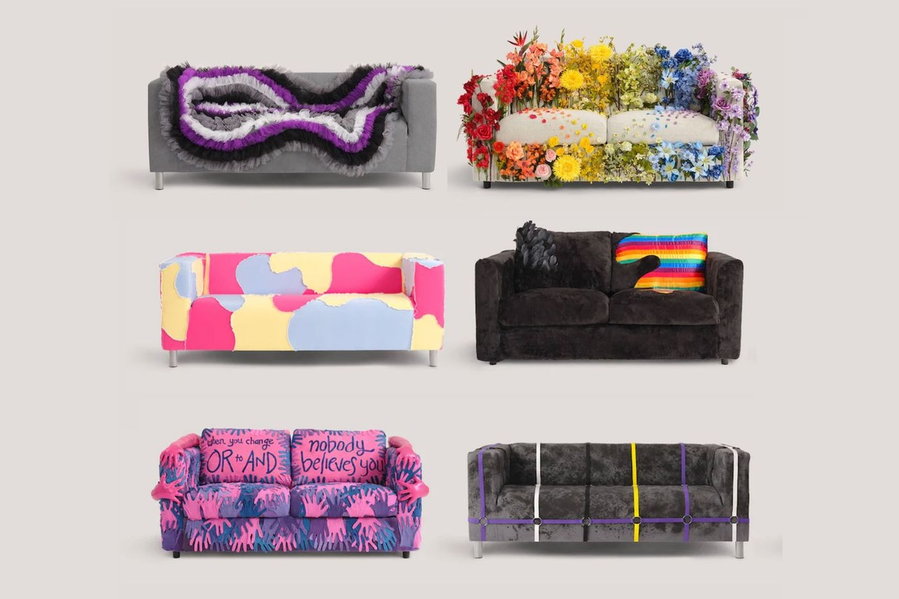 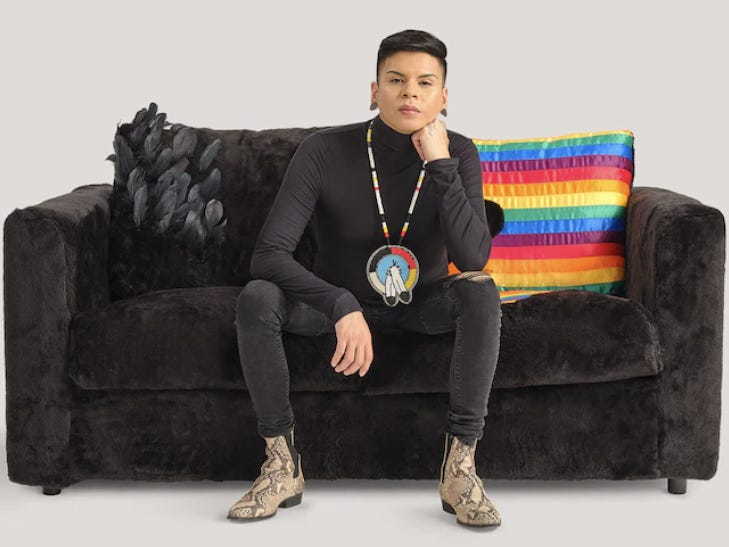 On Twitter, some people loved the couches and expressed disappointment that they weren’t actually for sale – and it’s true, some of them truly aren’t bad. The “Lesbian” couch looks like standard IKEA fare, and the “2Spirit” couch is kind of cool, with a rainbow pillow emerging from black velvet. Two-spirit is a term used by some Native people to describe identifying as having both a feminine and masculine spirit, honoring a third-gender role that’s traditional in many indigenous communities.

I want this so badly but I can't see where to buy them. Looks like it's more of an art project, which is cool for Pride month but I'm sad I can't buy it 😂 pic.twitter.com/p6OLtMmcuS

Other designs, like the flower-covered “Progress” couch, are clearly not for actual use. But none have elicited quite so much controversy as the “Bisexual” couch, designed by artist Charlotte Carbone and inspired by poet Brian Lanigan. The line printed on the couch, “When you change ‘or’ to ‘and,’ nobody believes you,” is from one of Lanigan’s poems and refers to the skepticism many bisexual people face from others when they come out. The theme and inspiration aren’t really the problem here. What people don’t like is all the “creepy” hands.

Lanigan, for one, has taken it in stride, changing his Twitter name to “bIKEA couch guy.”

Hey everyone, I’d love to explain the NOBODY BELIEVES YOU love seat! The line “when you change ‘or’ to ‘and’, nobody believes you” is from a poem I wrote in high school about bisexual erasure I experienced from an ex-partner and others.

Whatever you may personally think of it, it’s clear that this design was always meant to be an art piece rather than a sofa you’d casually go buy at your local store. One thing is for sure: Carbone and Lanigan have netted IKEA quite a bit of media coverage with this design, for better or worse.

therapist: it's OK, the Ikea pride collection can't hurt you

The public’s reaction seems to have prompted IKEA to remove all traces of the couches from its website, replacing the page with new content about “building a world where everyone can feel at home.” To be fair, it’s decent content explaining why pronouns are important, how to ask questions respectfully, and why IKEA has adopted the Progress flag in place of the outdated rainbow flag. But scroll to the bottom of the page, and you’ll find two shopping bags for sale… emblazoned with the old rainbow flag print. 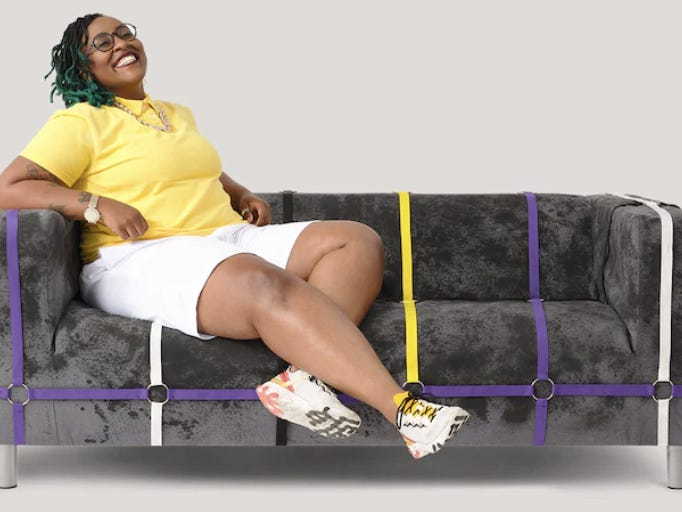 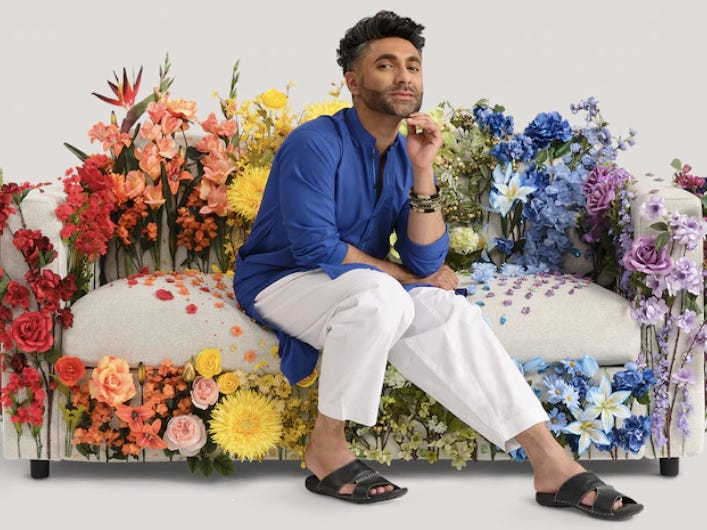 Listen. As an elder millennial member of the LGBTQ+ community, this writer is torn between feeling a sort of dazed wonder that it’s suddenly cool for huge companies to declare their support, and disgust at meaningless money-grubbing displays of rainbow capitalism. At least IKEA hired (and hopefully paid) three queer artists to participate in the project, including Carbone, Madison Van Rijn, and Bianca Daniela Nachtman, though another designer, Ali Haider, was listed as an LGBTQ+ “ally,” which doesn’t do much for community representation.

But honestly, wake us up when companies are taking actual concrete supportive action year-round for our community’s most vulnerable members, like black trans women, instead of just paying lip support for a single month out of the year. For the record, transphobia-motivated murders of transgender people are trending upward even as all these corporations make big public displays for Pride.