Originating in Japan with the “Capsule Inn Osaka” by architect Kisho Kurosawa and popularized by Tokyo’s odd-looking Nagakin Capsule Hotel, the pod concept provides basic, inexpensive bed-sized “capsules” for guests who either don’t want or can’t afford a more standard hotel room. The prices can be as low as $10 USD per night, though for some people, they come at a different kind of cost: claustrophobia. 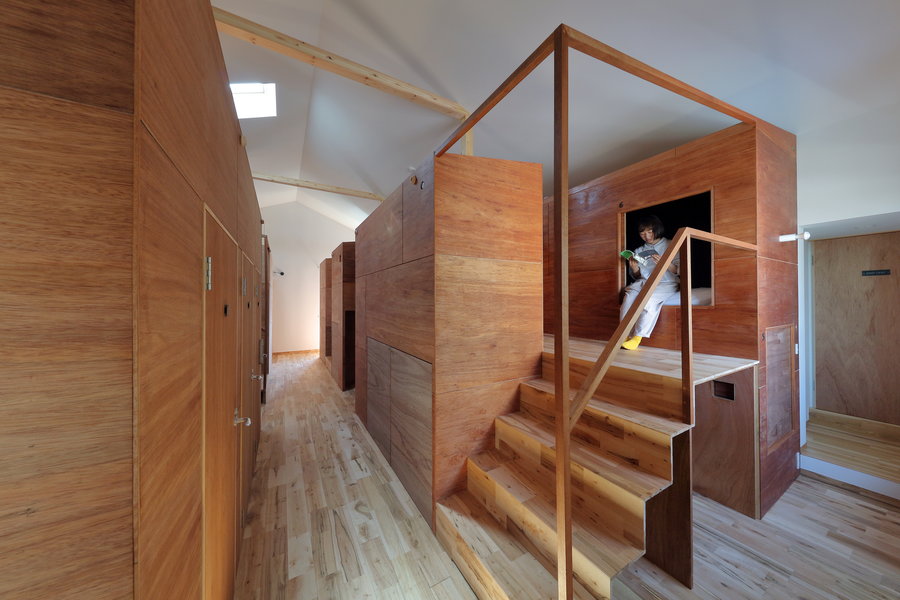 But not every capsule hotel room has to be the size of a coffin. Alphaville Architects has created a sort of compromise with the Kyoto Suiden-ann Hostel, which offers a bit more space and privacy along with a village-like communal feel. Located within Nishijin Kyoto’s famed weaving district in the northwest part of the city, the hotel acts as a guesthouse for tourists, apprentices at the adjacent cultural salon, and single students attending a nearby telecommunications university. 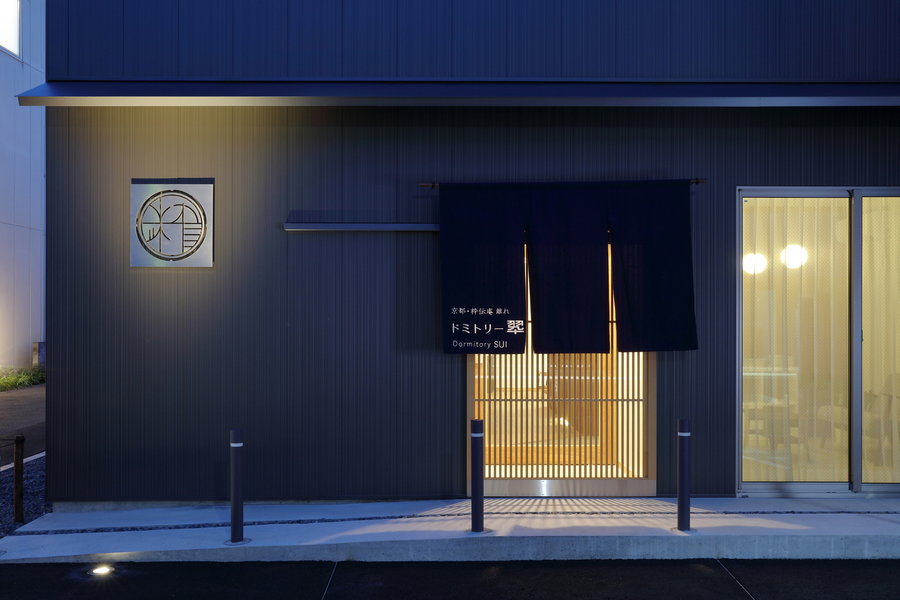 The architects took inspiration from Kurokawa’s innovative ideas, but adapted them for the traditional feel of the neighborhood. The result is a series of modular, cabin-like wooden rooms contained within the larger building. The units aren’t identical, and the way they’re arranged creates small semi-public areas for socializing on a more intimate scale. And while they’re not quite tall enough to stand up in, the capsules themselves are roomier than average, with a surprisingly airy feel to them.

The firm explains that “at the Central Bank Capsule Tower Building in 1972 and the Capsule Inn Osaka in 1979, Kurokawa realized [a] capsule-type microspace for the first time, but the emphasis at this time was to minimize the function of living and make capsules interchangeable…At present, capsule hotels are completely accepted due to economic efficiency, but considering that there is still a possibility in the space between multiple capsules, a plan where two capsules face each other and [another where] three capsules are [side by side, we decided to combine] the two types of plans.” 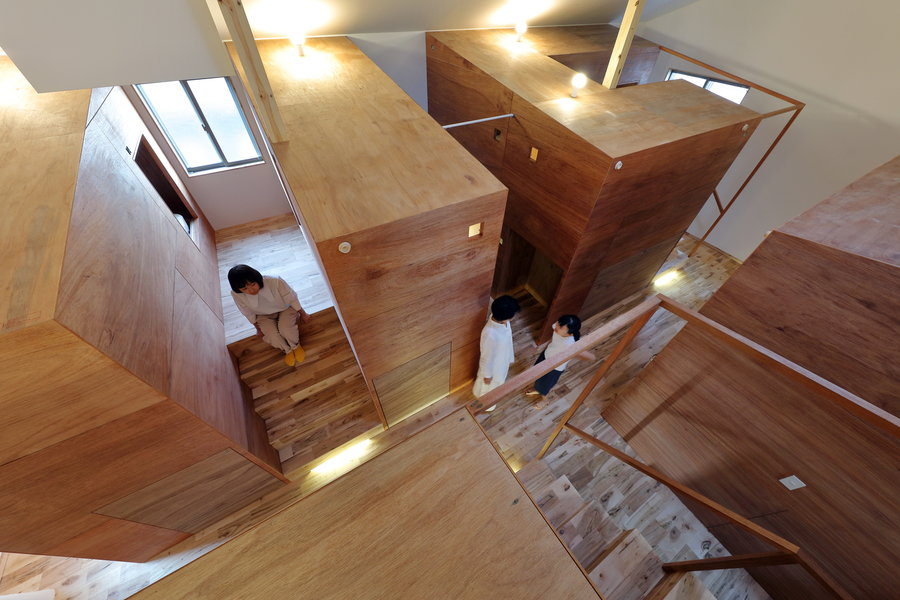 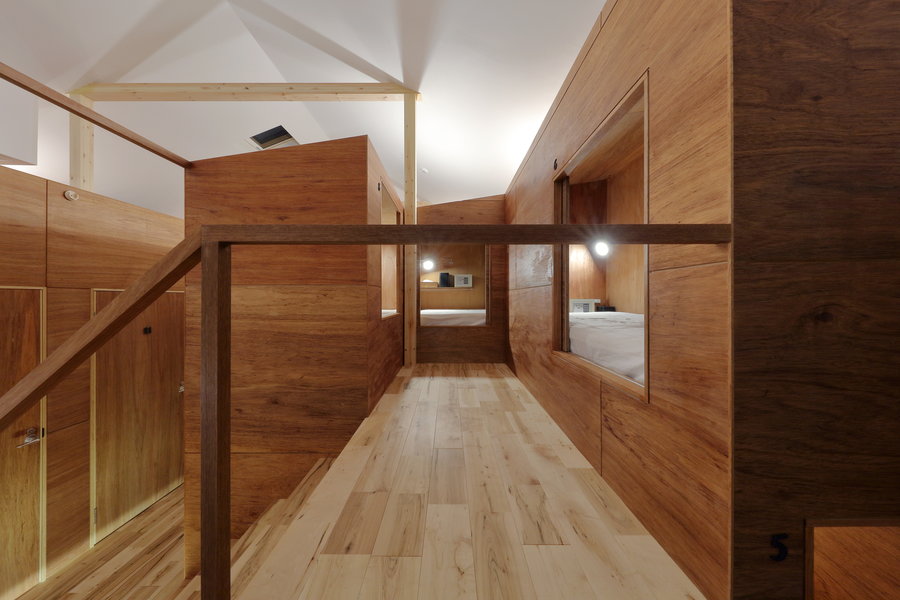 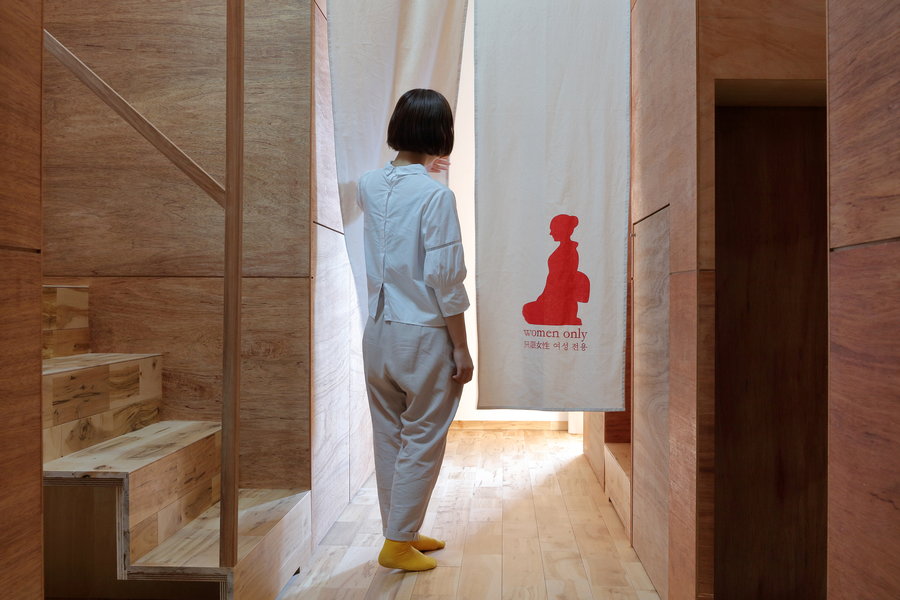 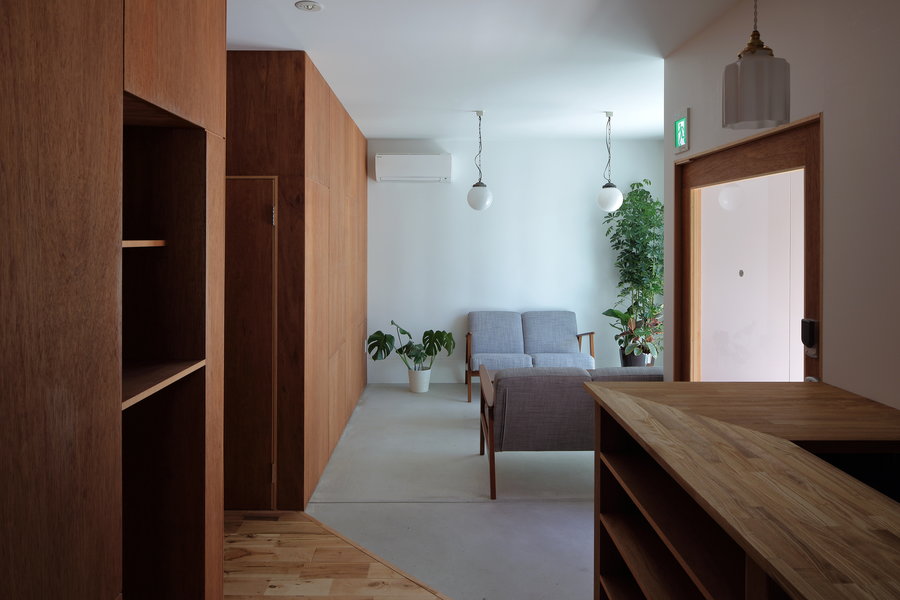 “There is also a demand for climbing on the stairs in the upper stage, so we [proposed] a unit consisting of four to five capsules by reversing access to the two-stage capsule, and [making] a gap between the four boxes…The result of this arrangement is a highly private place between capsules. In the first place, it is a passage to each capsule, but it is also a place where only two or three people stay in a different capsule, and if the relationship between these people becomes closer, the meaning will change to a more private place.” 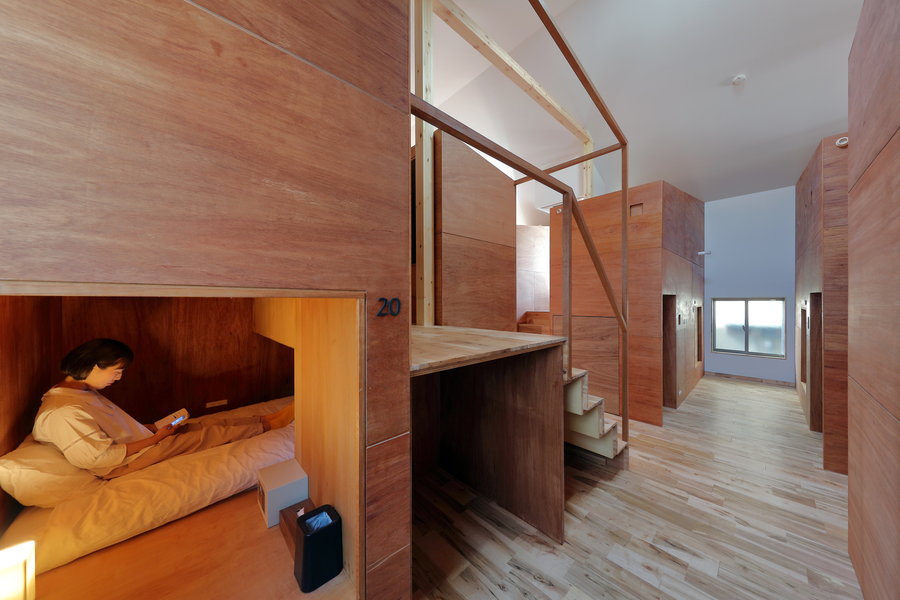 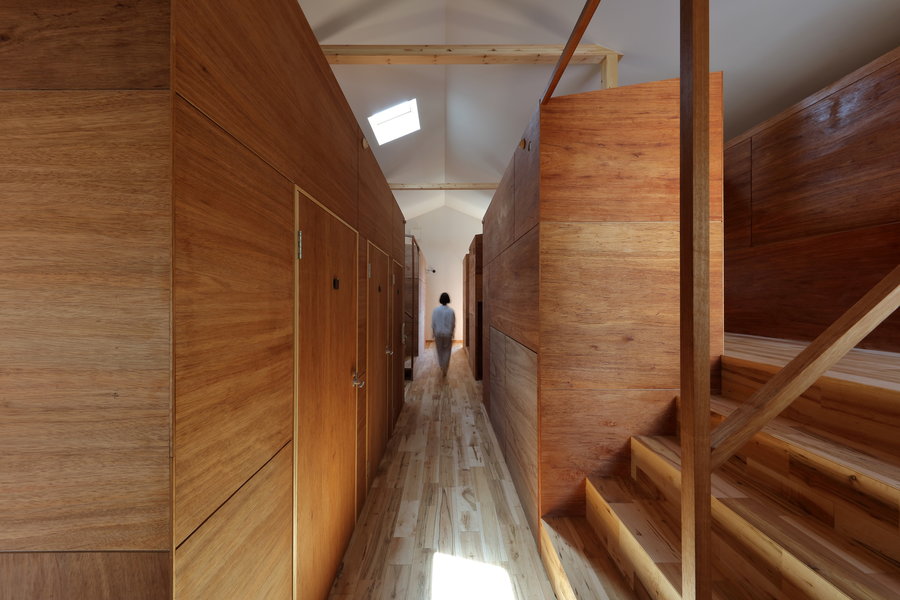 Transmission of natural daylight was also a major consideration in the design process. Alphaville made the wooden volumes shorter in height than the overall space so the sun could stream in from skylights as well as windows. They envision the central aisle as a “boulevard” with alleys and stairs to the individual capsules, though some of the semi-public areas can be closed off with curtains so guests who know each other can have their own little space. The main aisle also leads to the communal bathrooms, breakfast room, and front lounge to mimic the feeling of walking through a small neighborhood.