What’s cozier than a rounded window with a built-in seat? Sometimes circular, octagonal, or even more organically shaped, window nooks with curves allow you to read, daydream, or nap comfortably in an abundance of natural daylight, with views of the surrounding scenery to keep you company. Maybe you’ve even cuddled up in one before and imagined yourself staying there forever, making it into the ultimate chill spot with everything you need at arm’s reach — sort of like one of those Japanese capsule apartments.

A new piece of furniture by designer and architect Volodymyr Dereznichenko does just that, taking the concept of a window seat and pairing it with the compact size and rounded shape of the tiny apartments in Tokyo’s beloved Nakagin Capsule Tower (built in 1972). The most iconic example of the Japanese avant-garde movement called Metabolism, this capsule building has gone on to inspire countless hotel designs around the world. 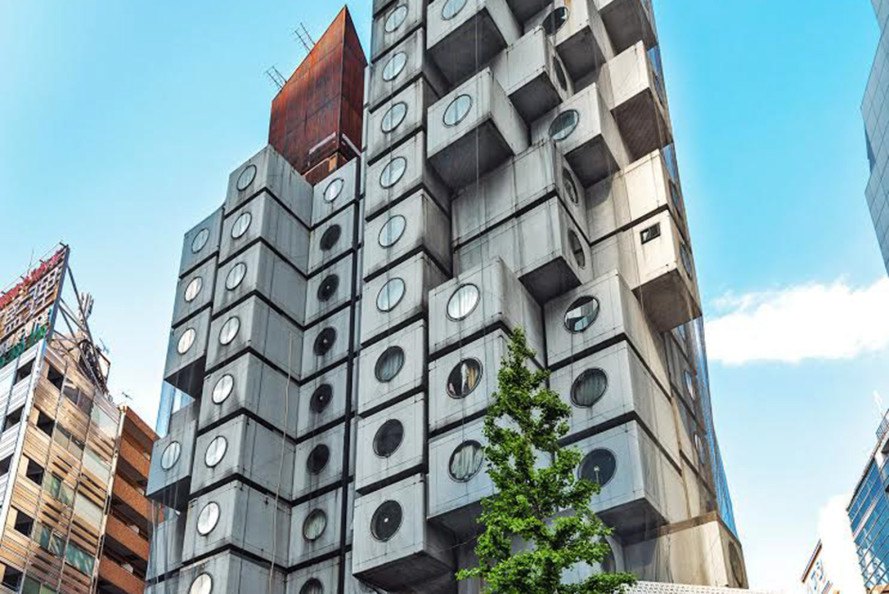 The creator of the building, Kisho Kurokawa, always stressed that the biggest benefit of the Nakagin Capsule Tower was its adaptability. More specifically, he explained that individual capsules could be added, removed, and updated as necessary to keep up with the times, with each one boasting a 25-year lifespan. Unfortunately, Kurokawa didn’t anticipate the fact that the capsules would prove too costly to replace. Today, many of the building’s 140 individually owned units have fallen into disrepair, while others have been abandoned altogether.

When a crowdfunding project called for ideas to renovate one of the units, Dereznichenko responded with this concept. It “leans into” the most recognizable aspect of the building, he explains, which is its rounded windows looking out onto the city and the Tokyo Bay beyond. Each one is perfectly sized to accommodate a lounging resident. 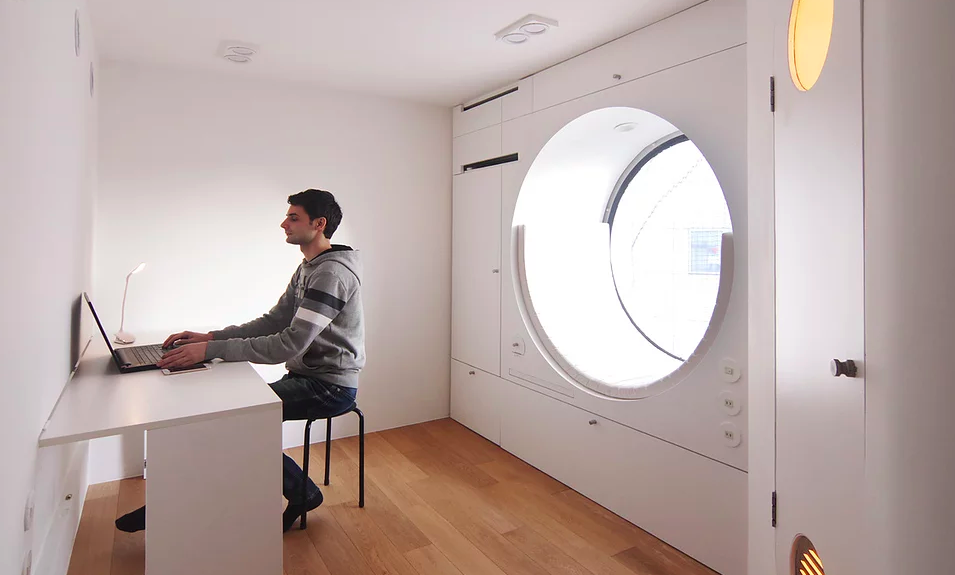 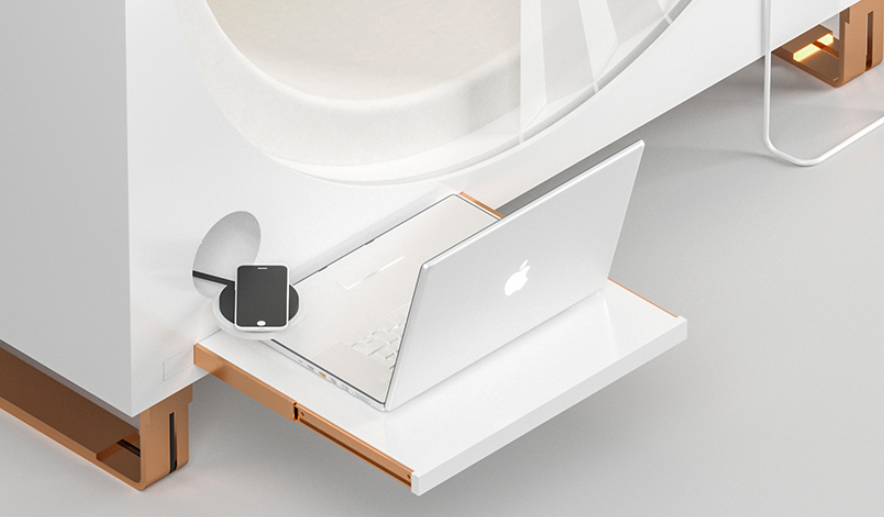 The “Capsule” design is a piece of furniture custom-shaped to fit into the walls of these apartments. Dereznichenko explains that back in the 1970s, technology took up a lot of precious space inside the 107-square-foot living cubes. But thanks to the wonders of modern tech, we can now fit all sorts of functions into incredibly compact packages, allowing the window unit to incorporate speakers, chargers, and more. Its light, sound, and air conditioning features are all controlled by an accompanying smartphone app.

“The resident is able to adjust (metabolize) the space depending on one’s preferences,” says Dereznichenko. “The resident, when moved in, receives instruction on how to set up space, making it, in a sense, the electronic device itself because the truly futuristic concept of a capsule home should not be omitted.”

The designer calls “Capsule” an “allegorical spaceship,” helping to make dilapidated yet unique and promising apartment units feel livable again. In the custom-built apartment version, the piece includes built-in storage space, while smaller standalone units demonstrate how they could be used even without a window, just to get a bit of personal space. Each one features a circular privacy shade that can be opened or closed as little or as much as the occupant desires. 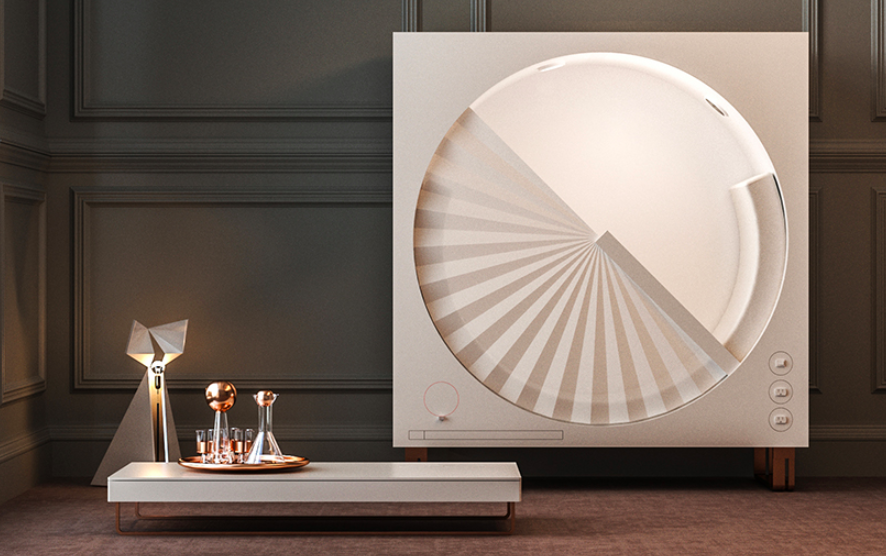 While rounded window seats are often built right into the walls, “Capsule” proves that a bit of imagination and some carpentry skills could net you a custom circular window nook for just about any space. And who says your window even has to be round? Place it up against a spacious square window, and you’d never know the difference when looking at it from inside.