Miami is much more than just South Beach, the iconic palm-tree-dotted shore packed with bronzed bikini bods. This city at the tip of the Floridian peninsula is both a subtropical paradise and a treasure trove of art deco architecture: a study in contrasts with many a terracotta-tiled Spanish-style residence set beside a futuristic ultramodern structure. It’s Cuban food stalls, parrots perched on power lines, and elephantine leaves. It’s sunny summer weather almost year-round, spectacular sunrises over the ocean, and thunderous storms. If you could capture all these qualities in a single residence, it might just be the “Sun Path” House by Studio Christian Wassmann. 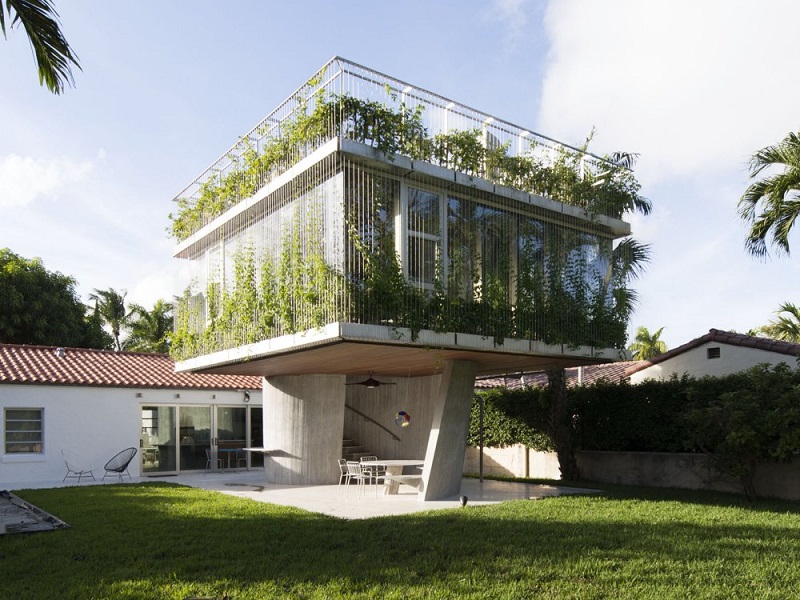 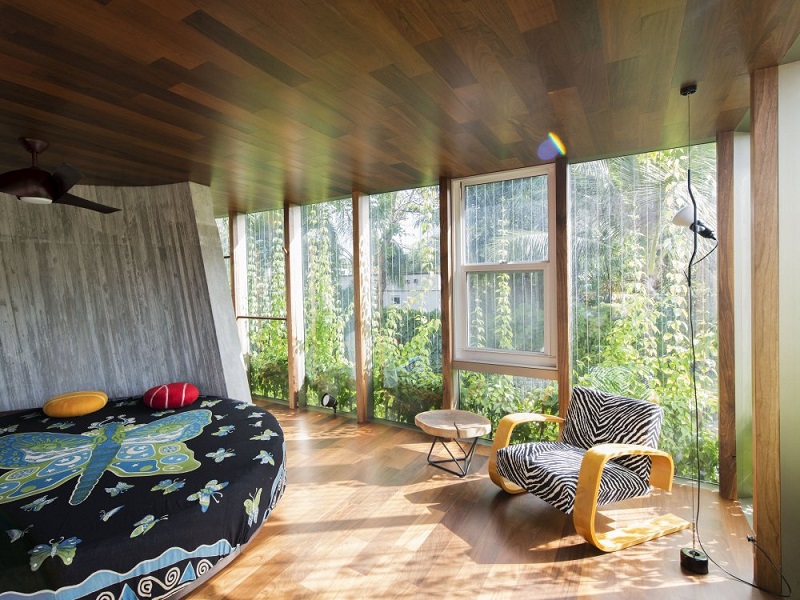 On a street full of original 1930’s bungalows, most of them largely indistinguishable from one another, a secret lurks. You might be able to spot it towering over the roof of its companion structure, as it’s even taller than the palm trees that surround it. It’s nothing like the building it was constructed to complement, yet it’s somehow the perfect foil, an addition that makes the scene even more “Miami” than it already was. It’s literally devoted to the worship of the sun, its three stories all having been designed with reverence to natural light. 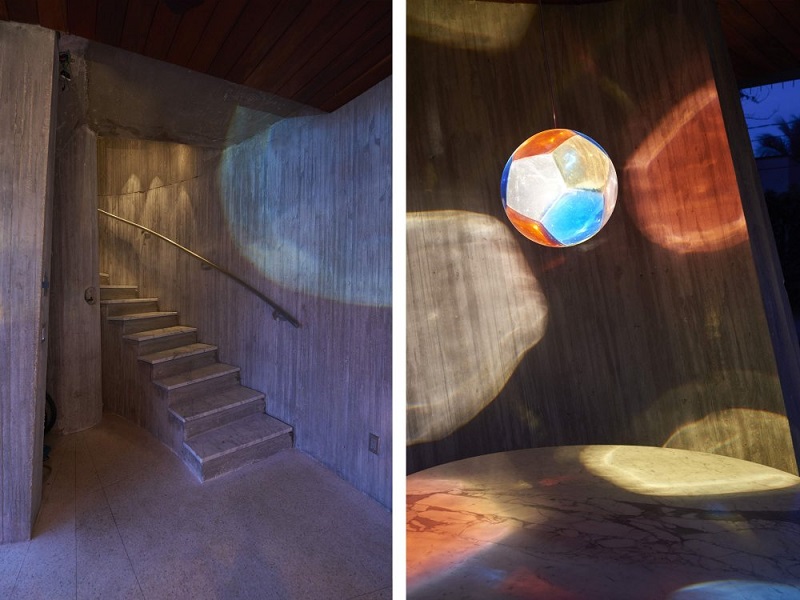 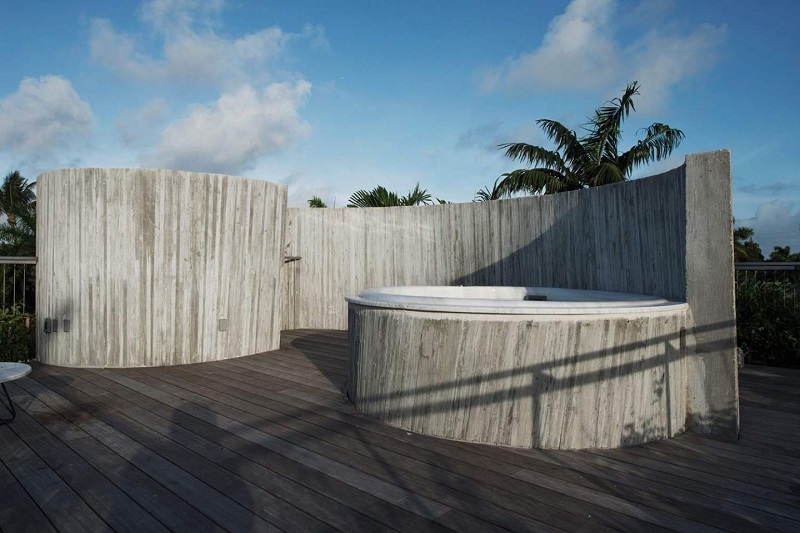 It’s certainly appropriately named. A sculptural concrete staircase stands at its center, spiraling from one level to the next and offering entry to the addition directly from the sliding glass doors of the main bungalow. At the base is an outdoor kitchen, which expands the cooking and dining spaces of the original home. On the second level, visitors find a glassed-in master bedroom whose facade has been covered in climbing vines. A curved wall follows the contours of a round bed. But the crown jewel of the project is unquestionably the solarium at the top, where the concrete staircase curls inward to provide protective cover for a rooftop hot tub. 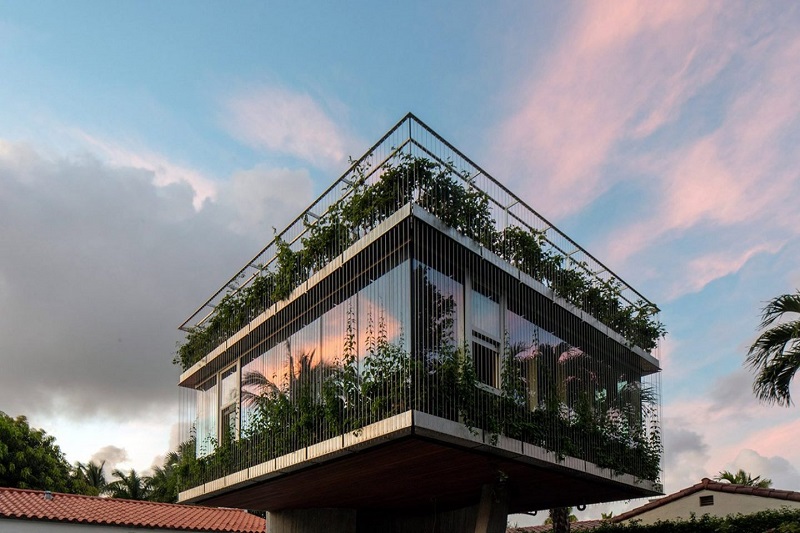 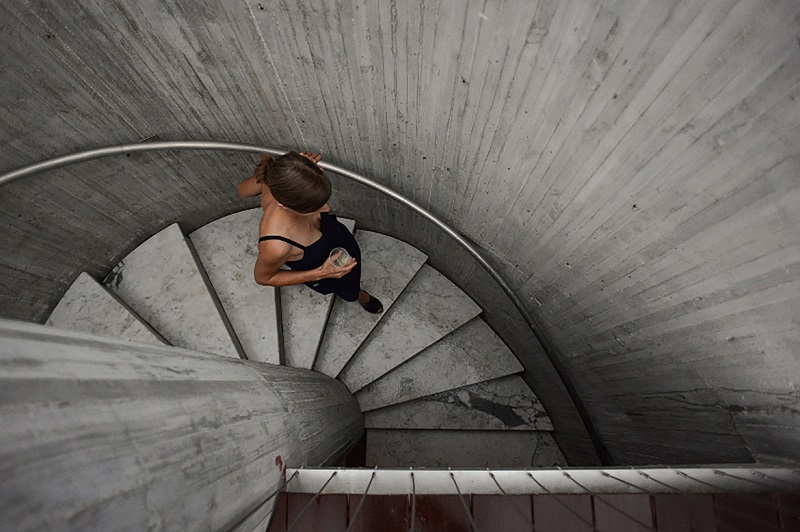 “To face north, the top edge of the curved wall has been rotated 11.25 degrees in relation to the property lines,” explain the architects. “In the middle of the wall, running along the square master bedroom, the curvature is parallel to the existing house. On the ground floor, the wall turns 11.25 degrees toward the middle of the garden. The rotation axis of this twist lies at the center of a spiral staircase, which wraps around the chimney of a wood-fired pizza oven.” 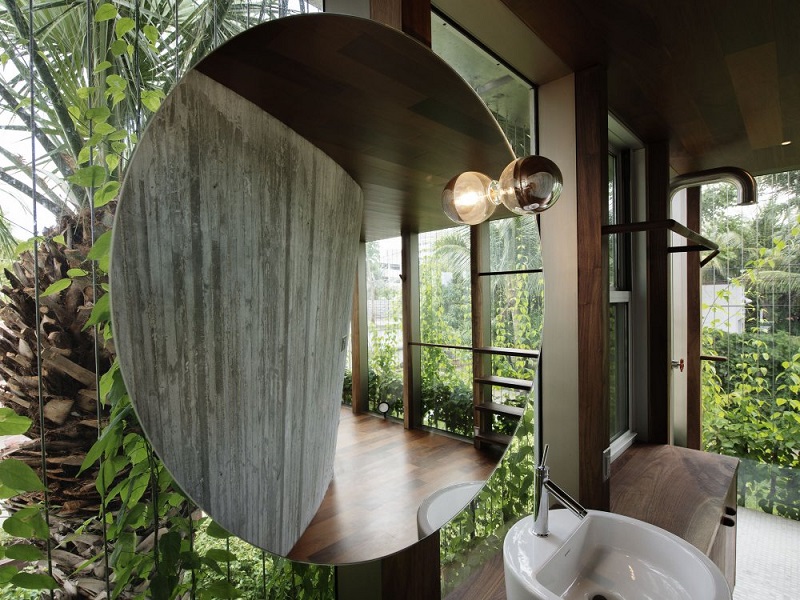 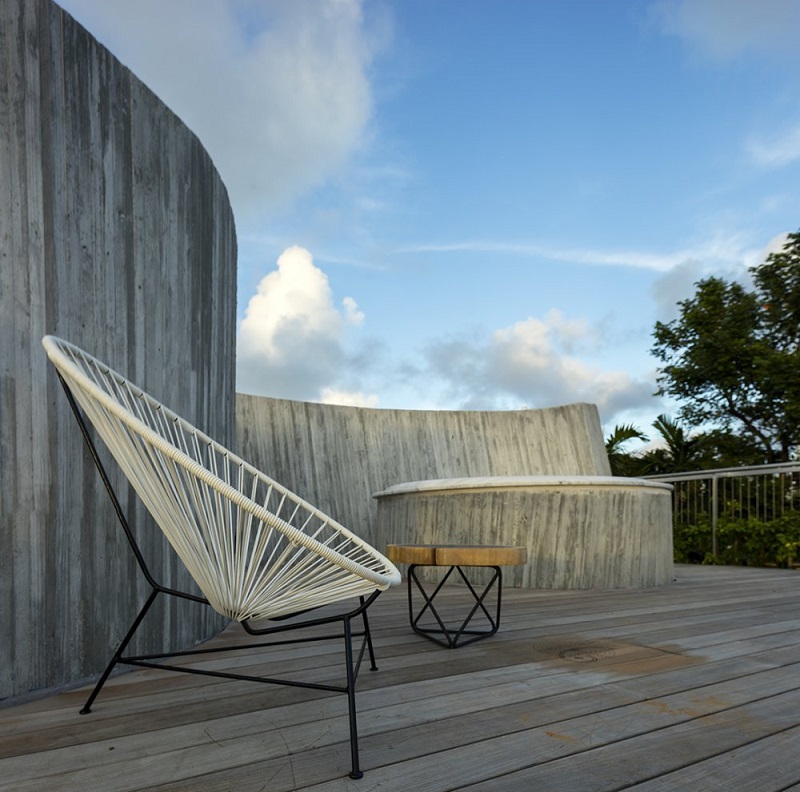 “On the roof of the building is a solarium, where the wall maps the path of the sun on the summer solstice. At that time, the sun’s rays reflect off of the wall onto the surface of the deck. The wall blocks the wind, creating a sense of calm. Solitude can be found under the open sky in this space, which is free of the incursions of everyday life. Time spent in this contemplative space slowly reveals the house’s interactions with the sun.” 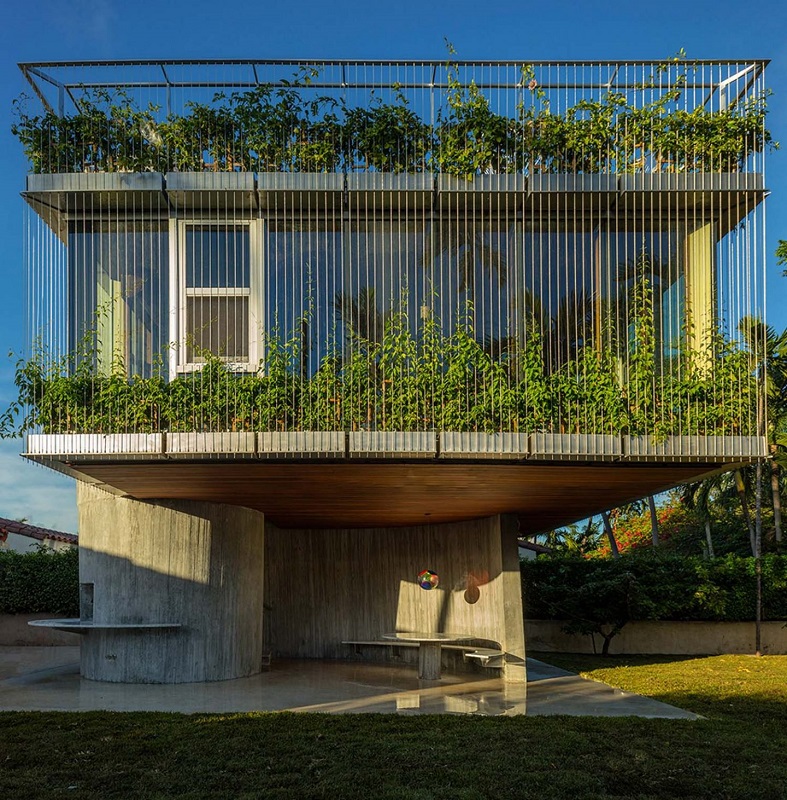 Completed in 2015, the home evokes the feel of Floridian wildlife observation towers while echoing some of the city’s common architectural typologies. Hanging out in that hot tub and looking out over the roofs of neighboring houses seems like a pretty nice way to spend an evening.