If the thought of hurtling through a tube at 700 miles per hour doesn’t sound very appealing to you, then maybe a closer look at an out-of-this-world hyperloop station will get you more excited about the future of public transit. The same way airports and train stations are designed to be free-flowing spaces lined with retail stores and public amenities, hyperloop stations have the potential to double as commercial hotspots the likes of which the world has never seen before.
UNStudio unveiled their proposal for a prospective hyperloop station in Europe at the first-ever HyperSummit in September of 2018. Organized by Hardt (also known as the European hyperloop company), the event examined the feasibility of creating an Amsterdam-Frankfurt hyperloop line, holding in-depth discussions on the research and financing it would take for such a system to be established. Going off the idea that systems are only as strong as the nodes that comprise them, UNStudio presented “Stations of the Future,” a set of modular stations that could be be adapted to fit almost any context. Instead of overtaking the sites they are built on like many existing transport hubs, these structures would be constructed more organically, incorporating biophilic elements to emphasize their connection to nature and inviting people in to take a journey unlike any other. 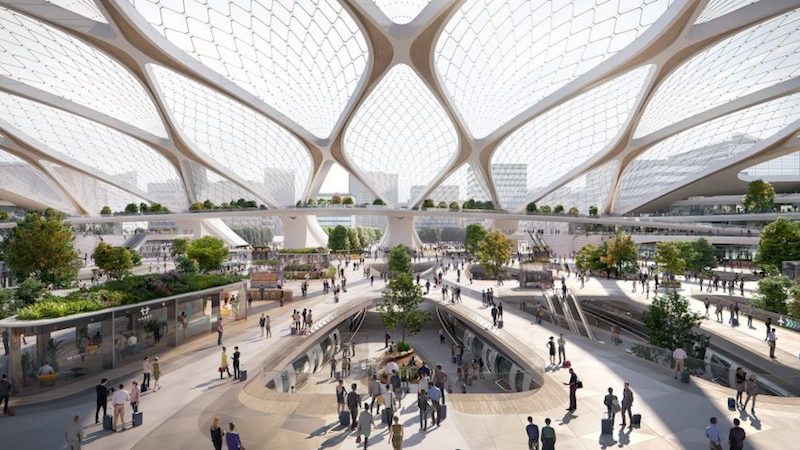 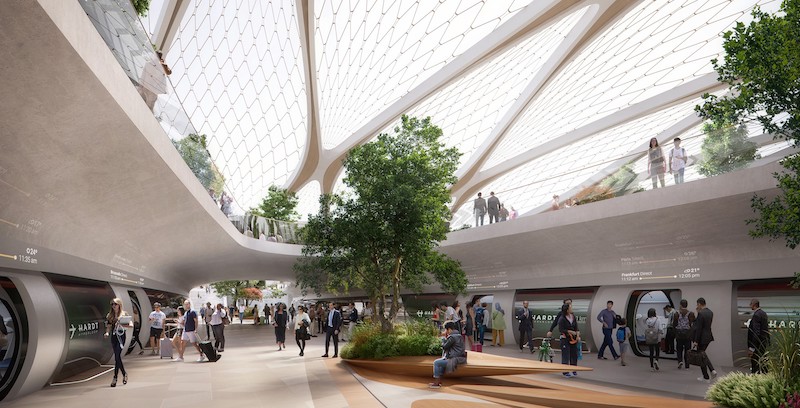 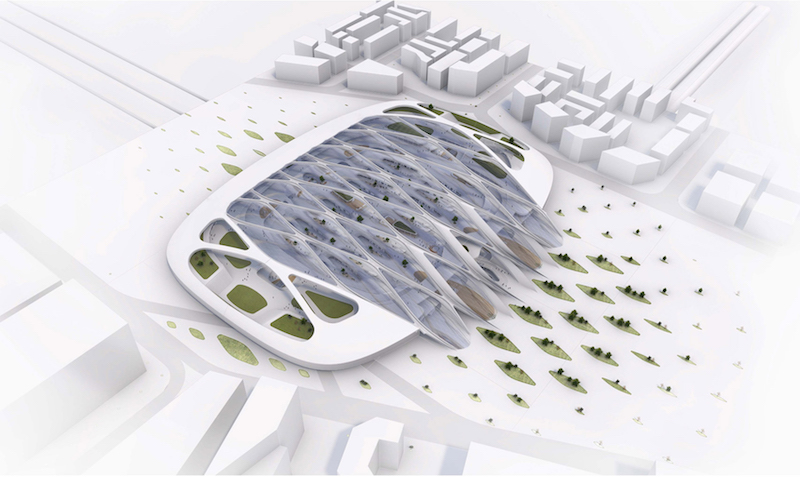 A different station was proposed for several different urban setups. The XS-type would service congested downtown areas and city centers, where land is at a premium. Small towns with more room for bigger hubs would be equipped with an S-type station. In the edge cities on the periphery of major metropolises would be the M-type, and in new developments where a significantly larger footprint is possible would be the L-Type. Each station would act as a natural battery, capturing solar energy for itself and distributing it among the hyperloop system and its immediate surroundings. Any excess energy could be used to power autonomous vehicles and electric bicycles in the city. On top of all that, each hub would also be a generator of excitement, memories, and fun. 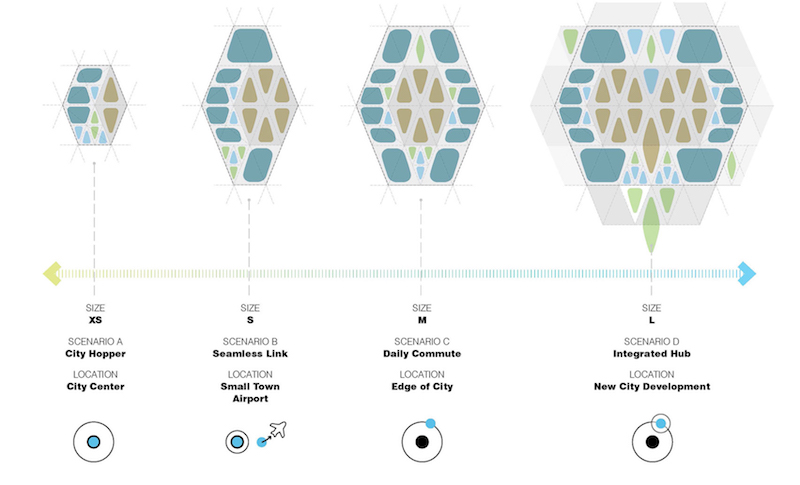 Continue reading below
Our Featured Videos
The design of hyperloop itself, and the way that it moves, makes the design of its stations very different from that of other transportation hubs. Airports require wide stretches of land for runways, taxiways, and FAA-mandated spaces like runway protection zones (R.P.Z), object free areas (O.F.A), and obstacle free zones (O.F.Z) to maintain a certain level of operational safety. Train station platforms have to be of a certain length to accommodate the trains themselves, which also influences the form and footprint of the buildings that house those platforms. With a hyperloop station, the required space for operational safety will be incredibly small, which means that the building itself will not need to be as large.
The Stations of the Future stand to be much more than what airports and train stations are now. Beyond what UNStudio proposed, or even what FR-RE proposed for Mexico City or BIG did for Dubai, hyperloop hubs can also be filled with places to travel, shop, play, work, and live. We already know that hyperloop will revolutionize transportation, but it’s becoming increasing clear that it will also spark a paradigm shift in terms of transportation design.