A city in England has opened the world’s first transportation hub for future electric vertical takeoff and landing (eVTOL) aircraft. The city of Coventry, located about three hours north of London, partnered with the company Urban-Air Port to bring the Air-One project to life. 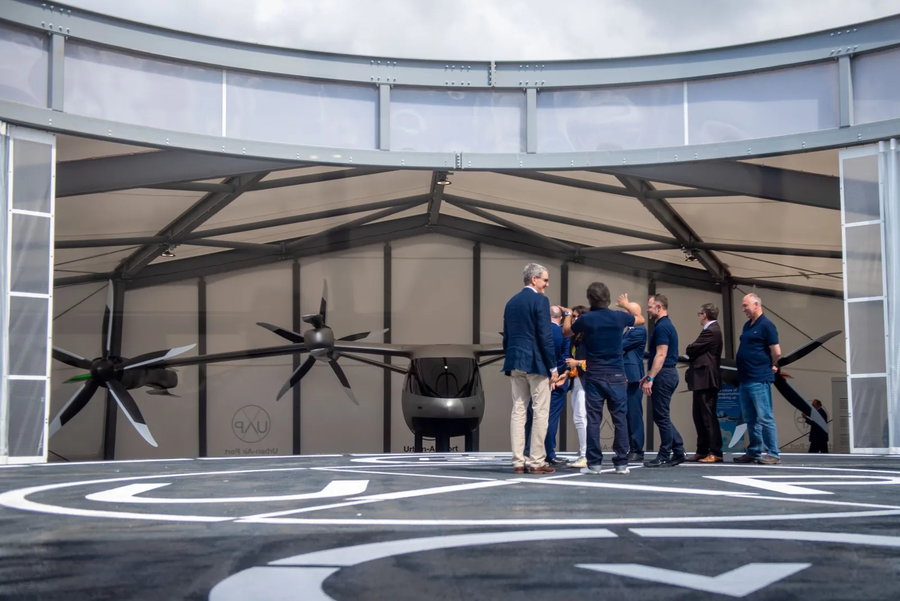 “The opening of Air-One, backed by government funding, will revolutionize the way people and goods travel across the nation,” said Robert Courts, the UK’s minister for Aviation. “This step forward puts Britain at the vanguard of clean transport, bringing investment and high-skilled, green job opportunities to the nation.” 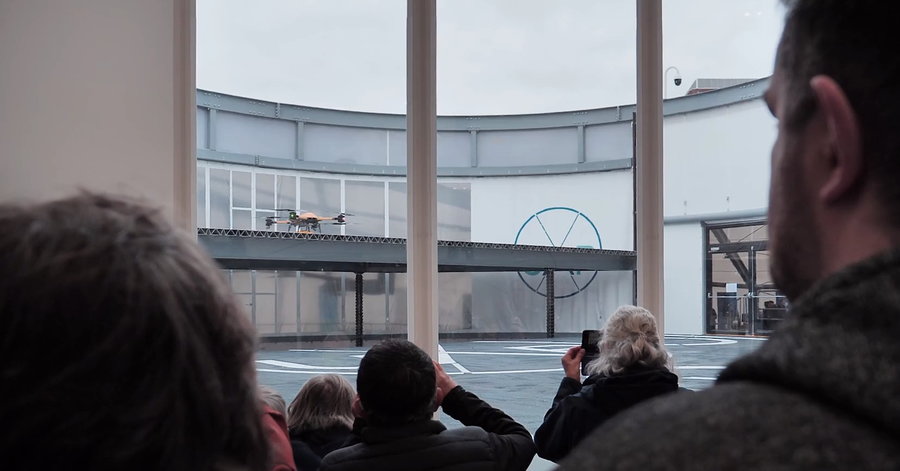 Urban-Air Port founder and executive chairman Ricky Sandhu agrees, adding: “The opening of Air-One is a momentous moment — the starting gun for a new age of transport, an age of zero-emission, congestion-free travel between and within cities that will make people healthier, happier, and more connected than ever before.” 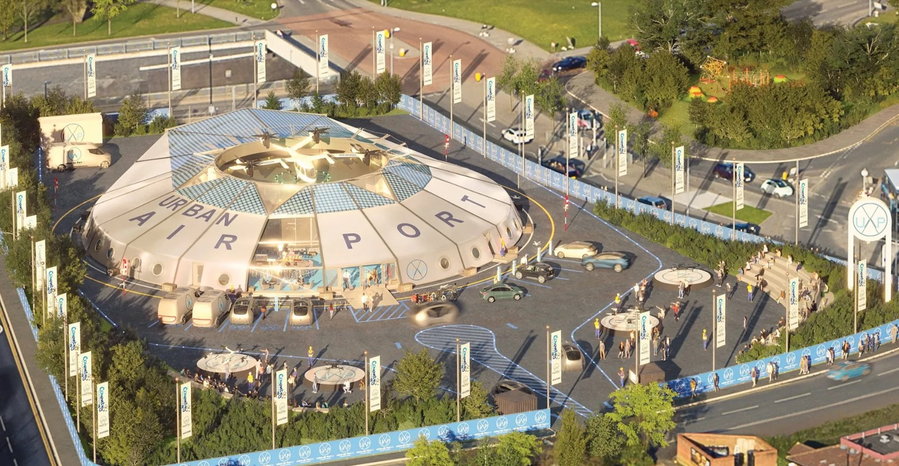 The airport was constructed in just 11 weeks across a 17,000-square-foot plot sectioned off into different zones. At its center is a 56-foot circular platform that can raise 19 feet into the air for vertical vehicle takeoff and landing. Surrounding that locus are zones for a vehicle hangar, a cargo and logistics base, a command center, a security screening area, a passenger lounge and café, and retail pop-up sites. 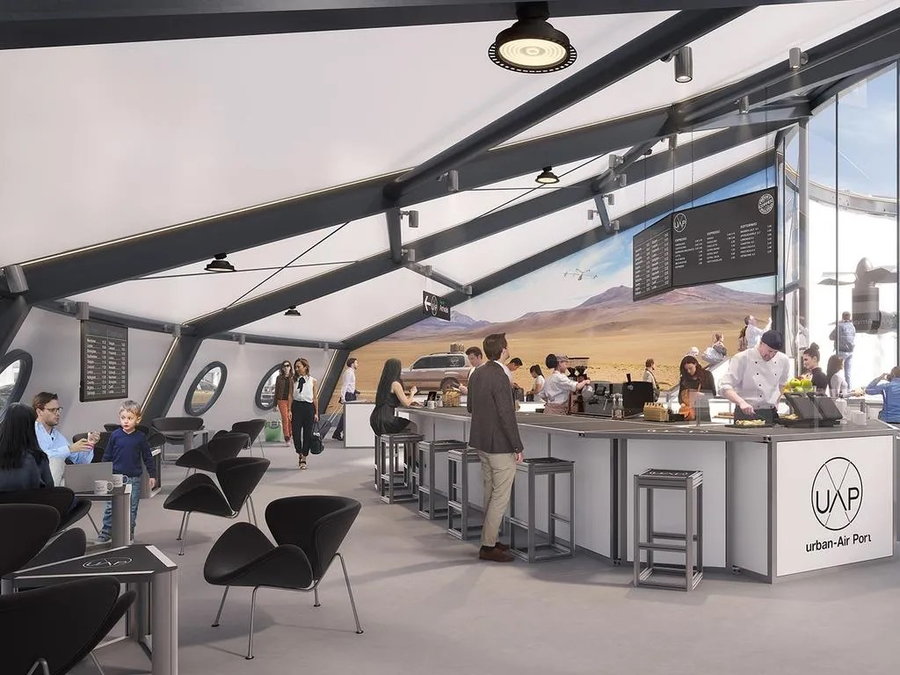 Even though this breakthrough airport is officially open, the aircraft to carry all the future loads of passengers and cargo aren’t quite ready for business. There are plenty of zero-emissions drones in the works and even some that are operational, but there is not yet a commercially viable eVTOL fleet.

While building the airport, Urban-Air Port also teamed up with Washington, D.C.-based Supernal, and has the company’s concept S-A1 eVTOL on display in the Air-One hangar. “The Coventry demonstration is an important first step forward to reimagining how people across the world will move, connect, and live,” says Supernal Chief Commercial Officer Mike Whitaker. 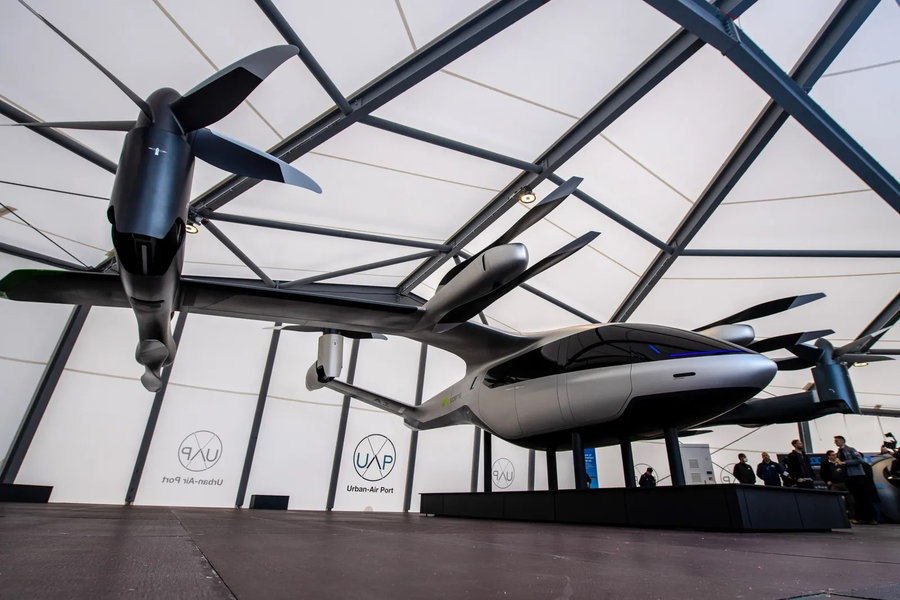 Coventry Air-One is currently more of a model, and the first of what the company intends to be a 200-site network of global air pads for eVTOL vehicles, including projects already underway in the U.S., Australia, South Korea, France, Germany, Scandinavia, and Southeast Asia. It envisions these unmanned aircraft charging from off-grid hydrogen fuel cells as part of the “coming green air transportation revolution.”

Their versatility will also aid that trend, as the designs call for versions to be built on land, on water with inflatable pads, and even on top of skyscraper roofs. These tiny airports in otherwise inaccessible aircraft spaces can allow air traffic into more areas, potentially reducing automobile use along with its congestion and air-polluting emissions. 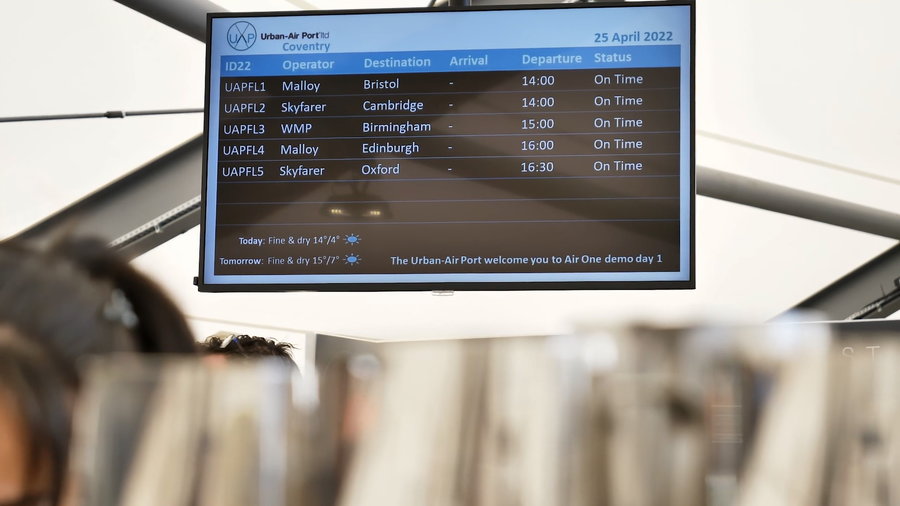 “Our patented technology allows for an ultra-compact but high-capacity infrastructure,” explains Sandhu. “Precisely what is required in complex, dense urban locations – where the demand lies, where our passengers and members work and live. 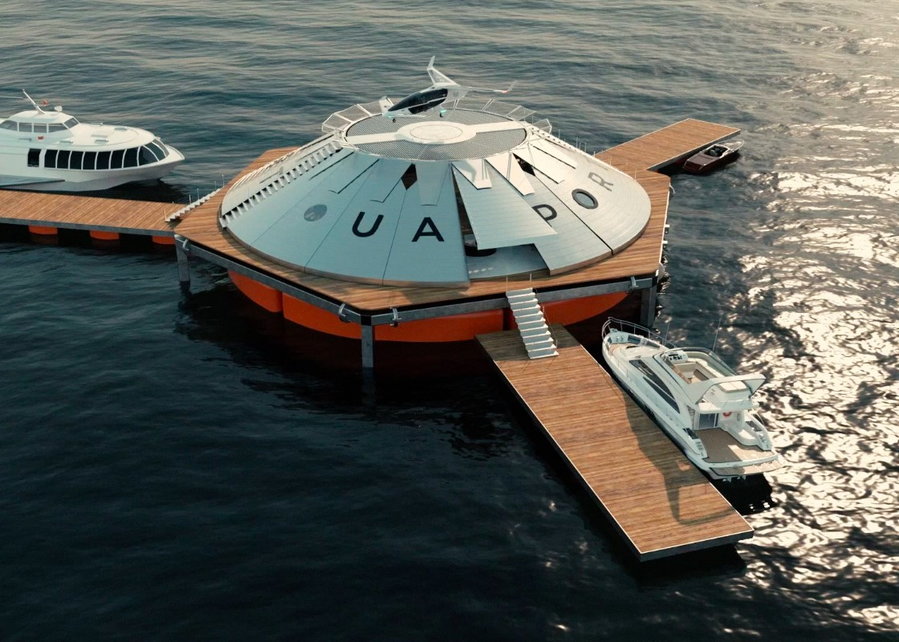 The company has also designed models for emergency or disaster management, as well as for military defense operations in remote regions.

Visitors to the Covington area can order tickets to visit Air-One and get a glimpse of the future of air traffic.