Shanghai nightclubs have widely adopted a gritty underground aesthetic in the last few decades, inspired by raves, wild invitation-only dance parties, and other dens of hedonistic pleasure. For designer Li Wenqiang, founder of China’s PIG Design, the lonely feeling of being an anonymous face in a crowd has gotten old. With the retro-futuristic GRNDCNTRL, Wenqiang seeks to literally elevate nightclub design in the city out of the underground and into an experience reminiscent of Ancient Greek theaters crossed with the neon 80s look of TRON. Located in the trendy neighborhood of Xintiandi, the club seeks to be a trendsetting destination for socializing as well as an immersive and artistic music space. 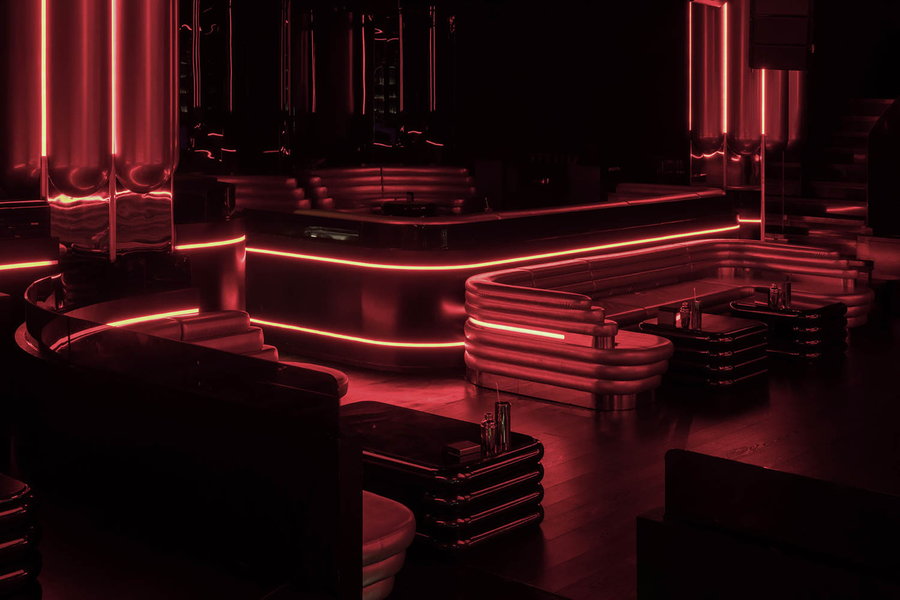 GRNDCNTRL is envisioned as a “Shanghai nightlife cultural center” that inspires people to see and be seen, putting on sartorial displays that rival Manhattan’s Studio 54 in its heyday. While the underground aesthetic emphasizes a sense of being hidden and secretive, with DJs tucked into dark corner booths, GRNDCNTRL arranges multiple levels of booths around a large open area. Wenqiang was inspired by the way ancient Greeks built theaters on hillsides so audiences can sit on stone chairs overlooking circular performance areas. From the moment guests walk in, they’re drawn into what feels like an entirely different reality. The visuals are a little surreal, with bright white lines of light cutting across a dark multi-level space. 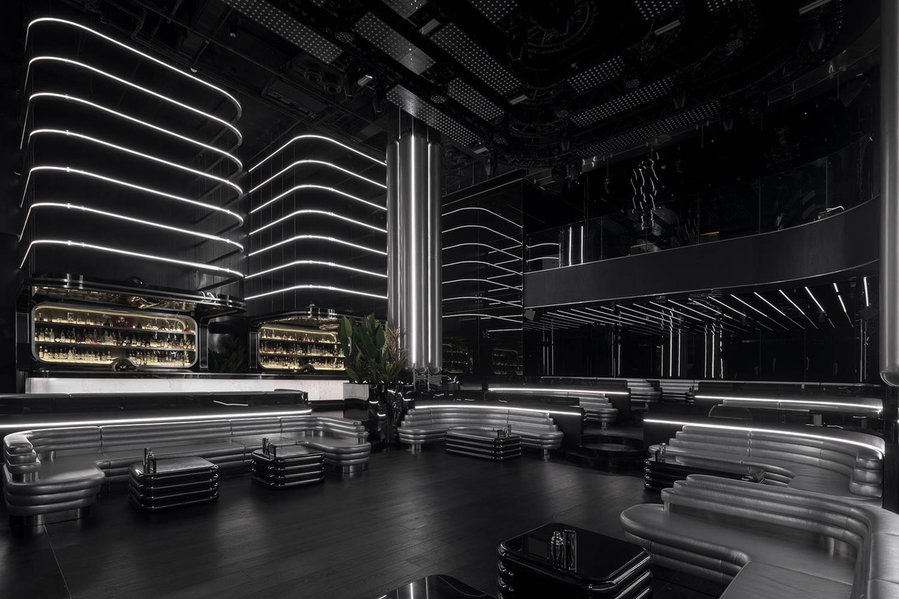 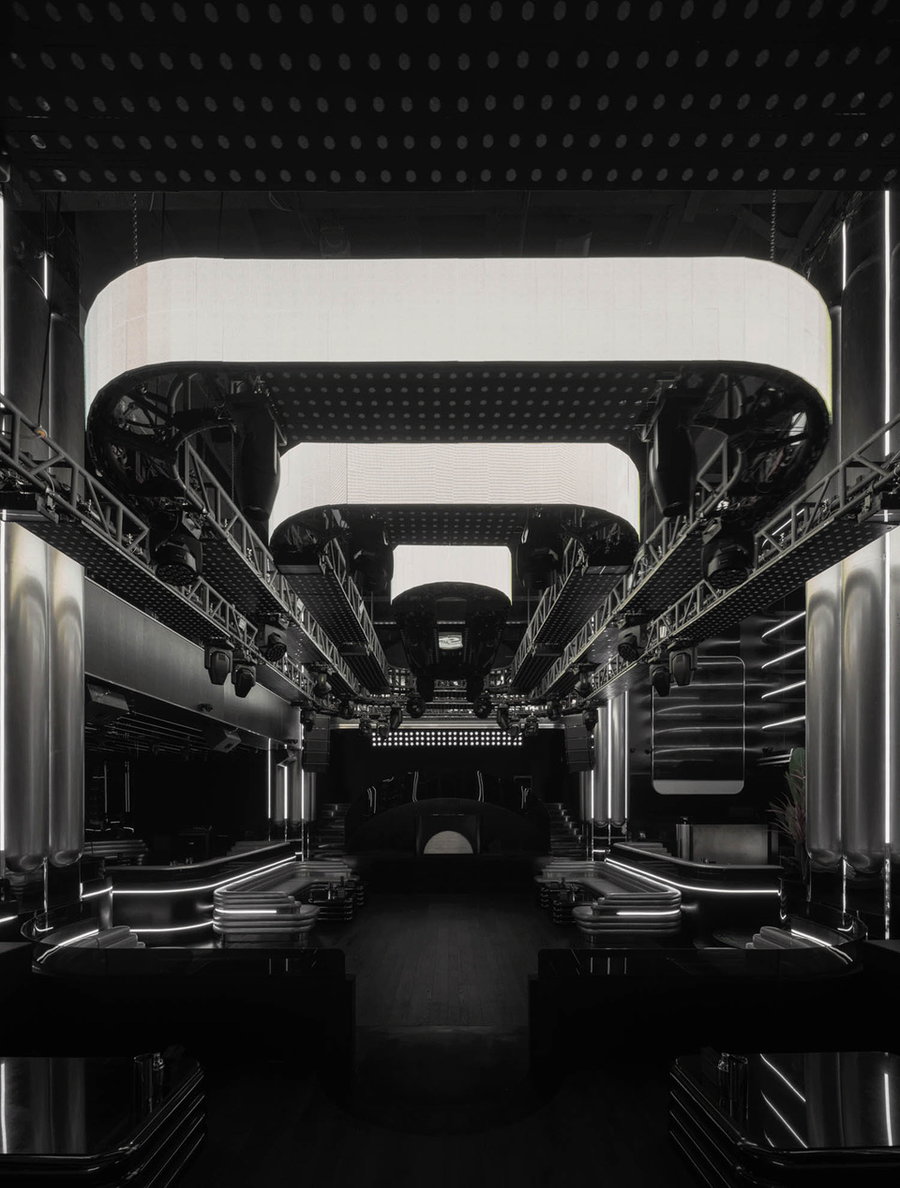 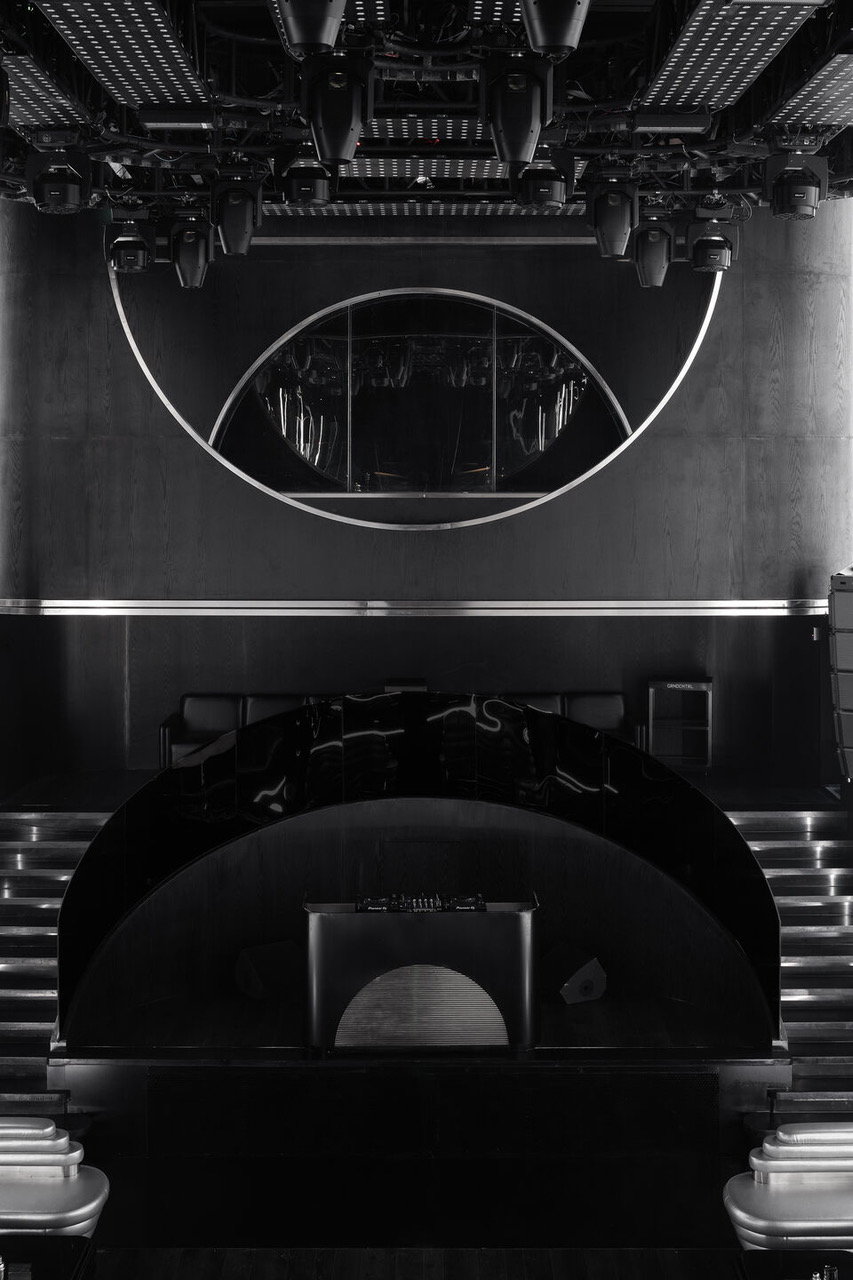 “Art does not examine known reality, but seeks the truth of ideals,” says Wenqiang. “The entrance reveals an avant-garde, experimental, and immersive ambience, evoking vivid imaginations and taking people to a surreal world full of mysterious light and shadows.The wall decorations adopt a balanced composition, featuring the style of stage setting. A sequence of symmetrical, curved lighting installations draw on the deep, long lane form of local antique Shikumen buildings, with lines and rhythms guiding experiential circulations and extending inward.” 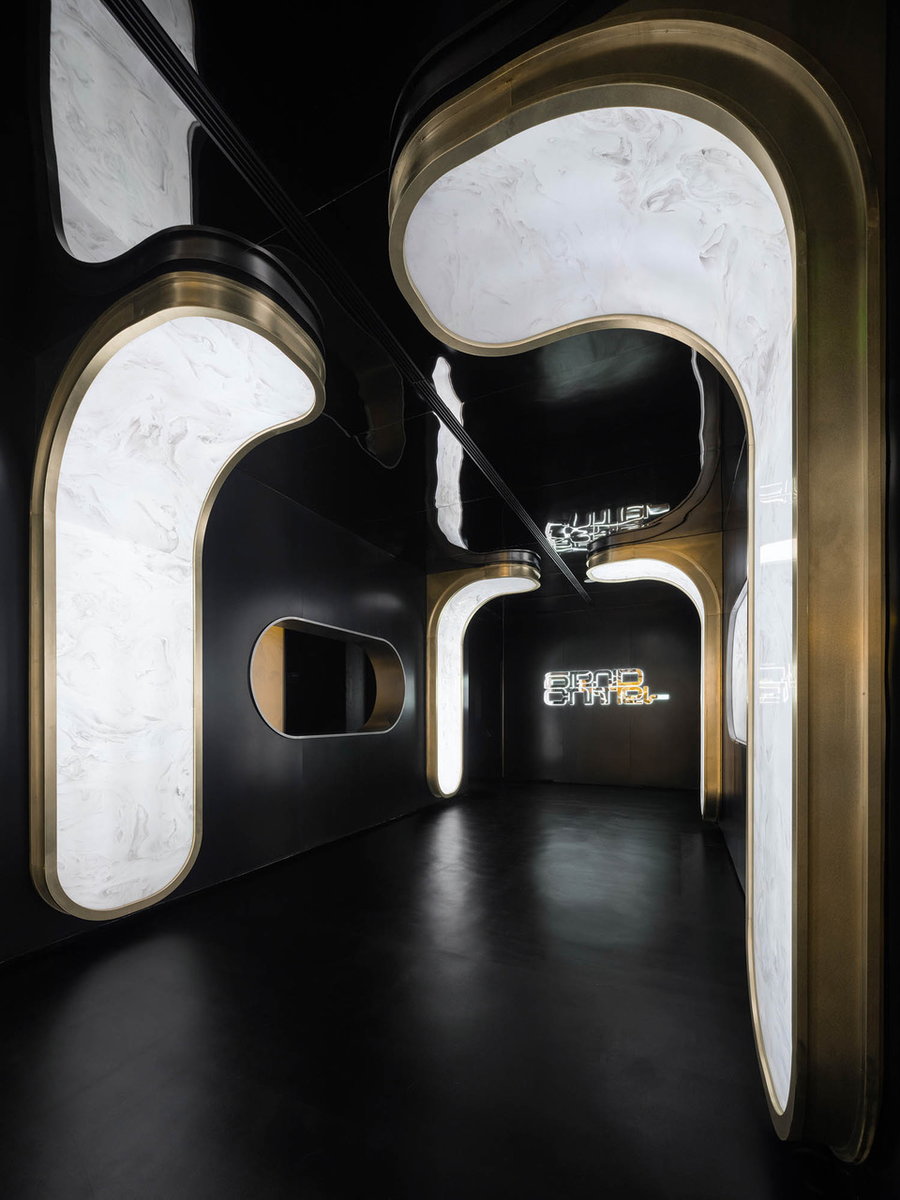 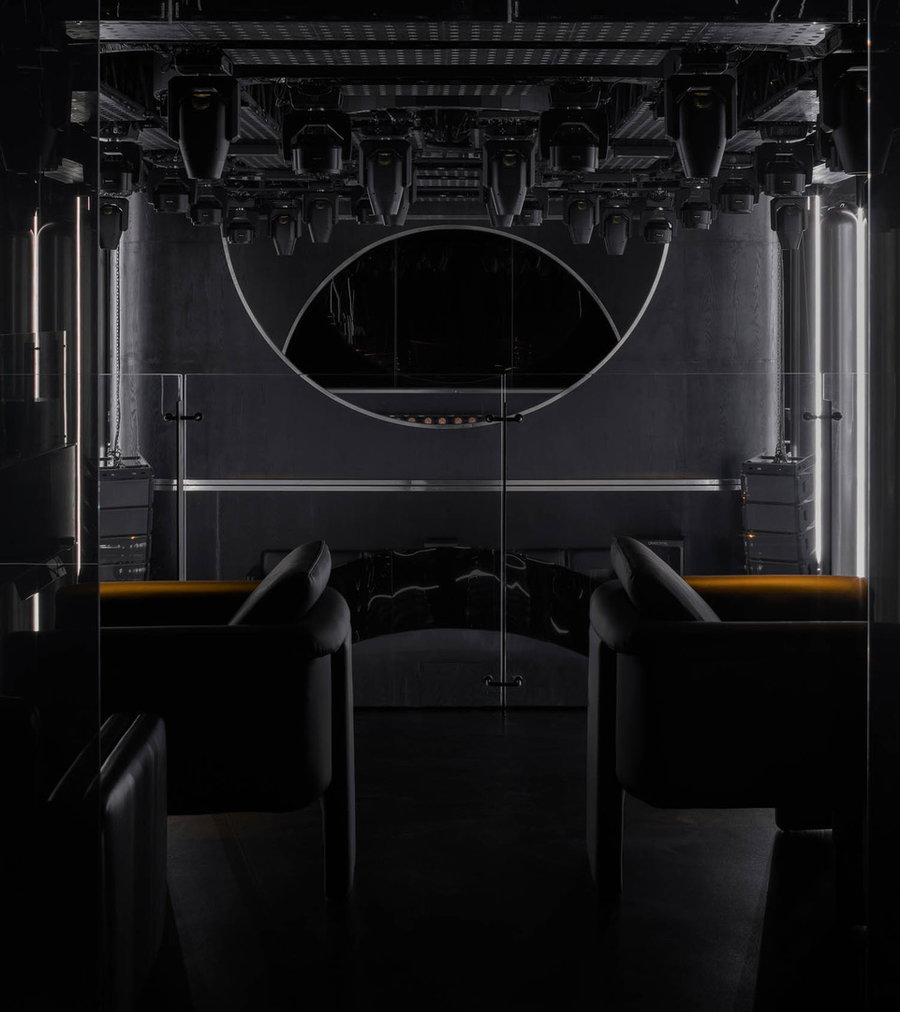 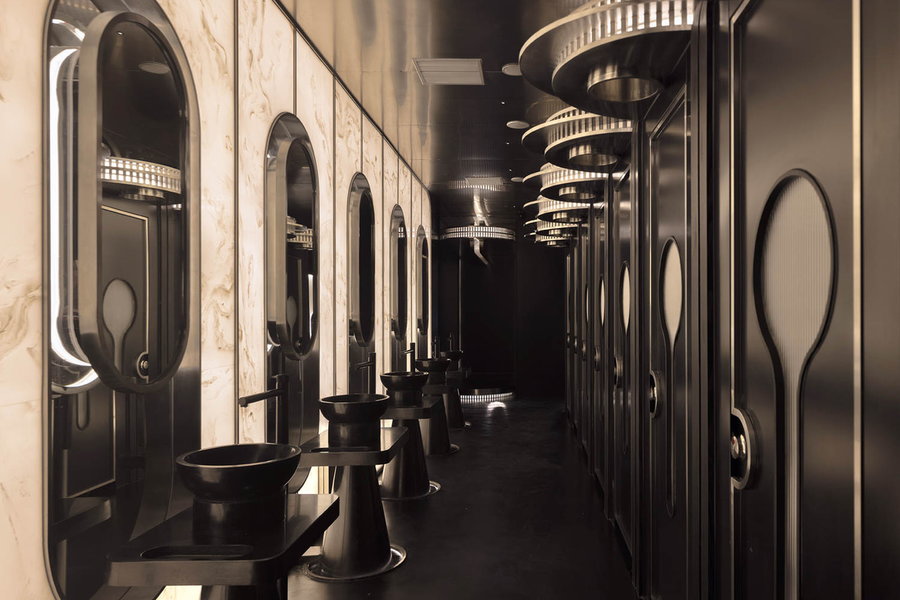 Leather, steel, brass, and jade accents contrast the field of black, which is itself multiplied by mirrors on almost every wall. “In order to balance the non-reflective and reflective black materials, all the stitching and structural closure became the biggest problem,” Wenqiang notes. The strips of LED lighting define the space and blur its edges at the same time, making it unclear which spaces are real and which are mere reflections. A bar lined with beautifully patterned jade and a central column clad in black mirrored stainless steel become visual anchors in the larger performance area, with its nearly 30-foot ceilings. A band of LED screens behind the lifted DJ booth can be raised and lowered to add additional ambiance. 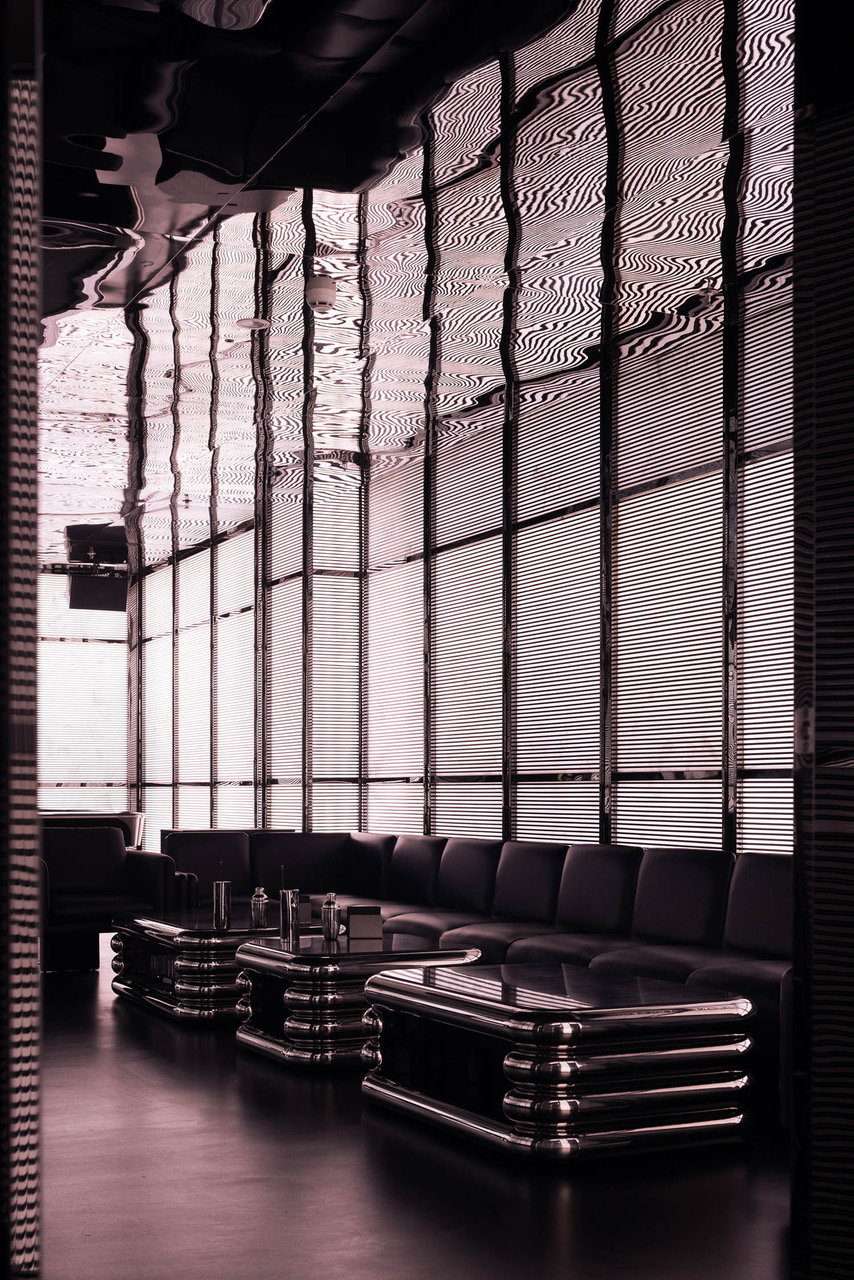 This big hall “features the hip-hop music style with a strong sense of artistry and technology,” while the smaller hall is inspired by house and techno music with immersive lighting and shadows to create “a film-like retro atmosphere.” Lounges with mirrored ceilings visually echo the ever-changing and shifting lighting patterns so guests almost feel like they’re in a video game. The restrooms are a little more grounded, meant to provide a “backstage” respite from the lights and music. 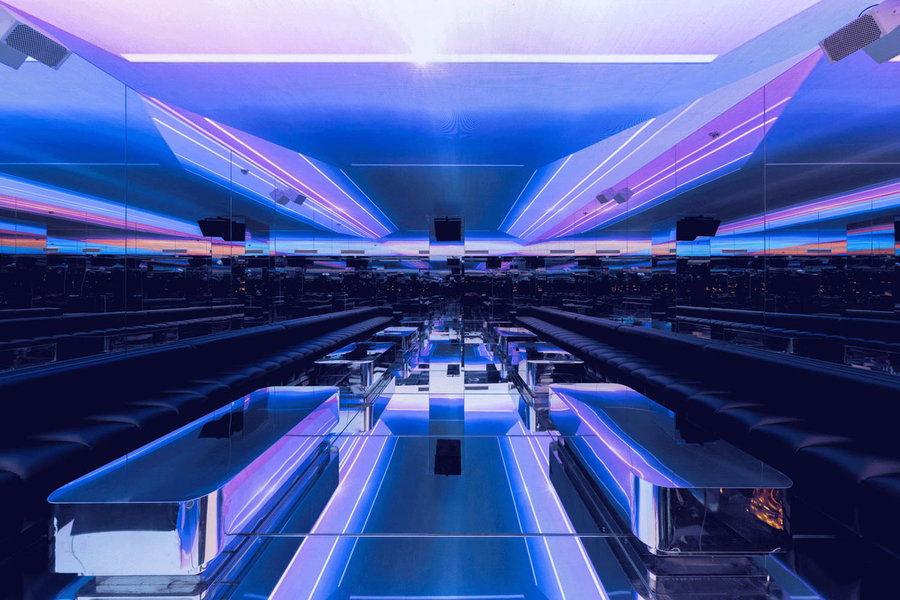 Whether the design inspires clubbers to recreate the exclusive exhibitionist atmosphere of Studio 54 remains to be seen, but it will certainly take them on a journey.