There’s always been a fairly stark divide between urban and rural architecture. After all, things like affordability, availability of materials, and maintaining a sense of connection to the popular and historic architecture of the area are all important factors in a building’s design. That’s why it feels so startling and strange to come upon a modern structure in the middle of a natural setting, especially when these factors are ignored. Drop an architectural style more commonly seen in the city into the woods, and you risk creating the effect of an alien spaceship landing. 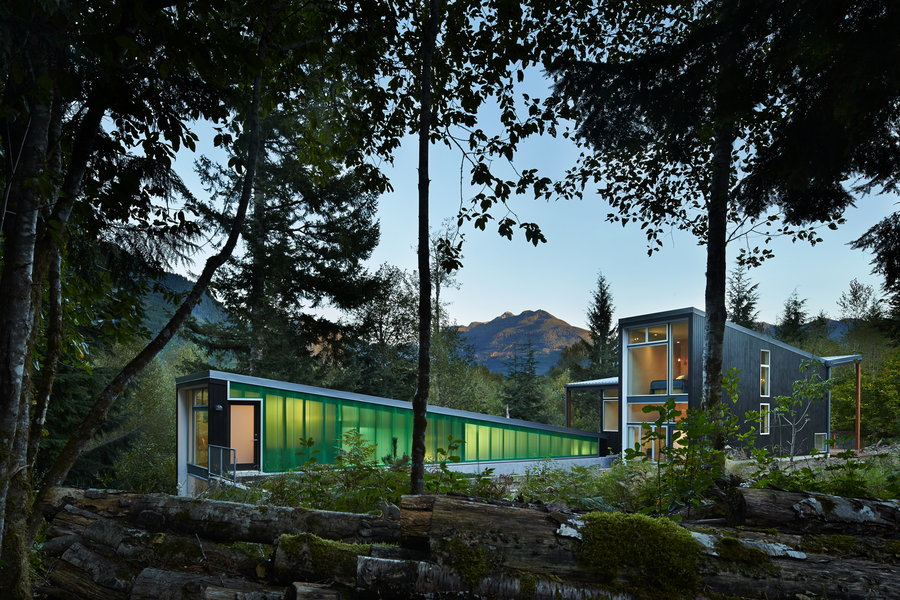 But that doesn’t mean rural architecture has to remain stuck in the past, either, even when it comes to the most basic of dwellings. For instance, the humble cabin is usually associated with rusticity, simplicity, and disconnection from all the distractions and complications of modern life. That usually translates to the use of natural materials in its construction, but when you really investigate the root of a cabin’s purpose, there’s simply nothing as important as the feeling of connection to nature it gives you. Aesthetics are secondary.

Today, it’s really no surprise that many contemporary cabin dwellers seeking that all-important immersion in the natural world are bringing their preferences for contemporary architecture along with them. And sometimes, the contrasts that come out of that are fascinating. 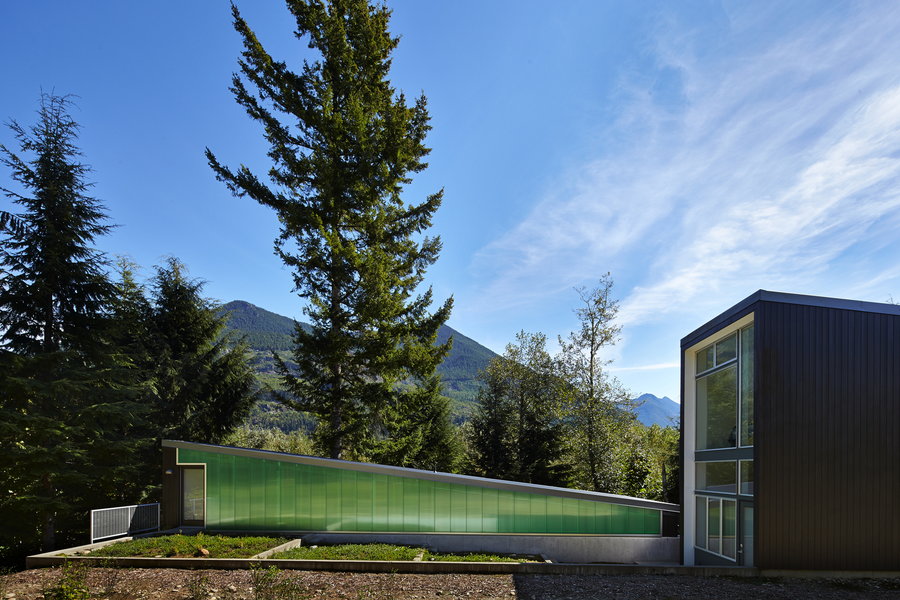 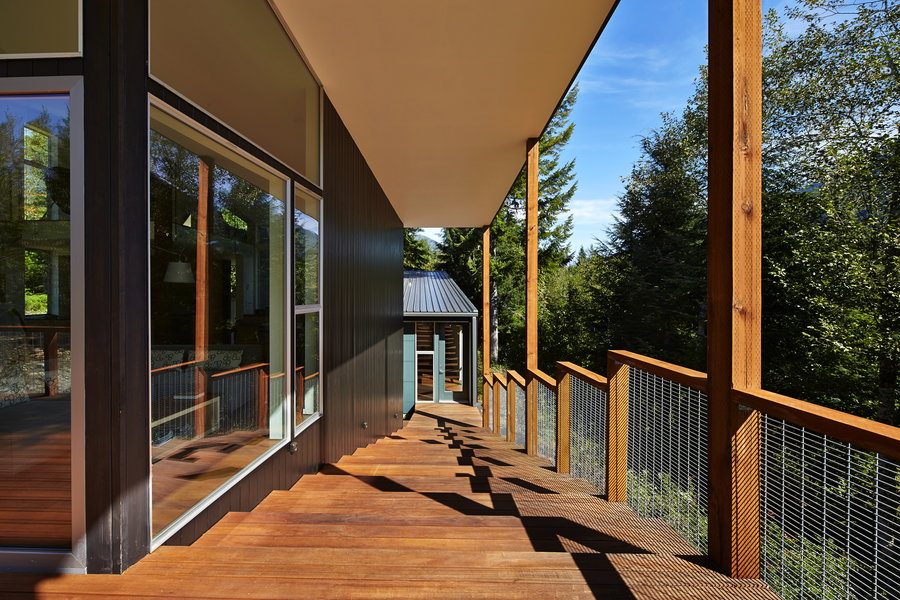 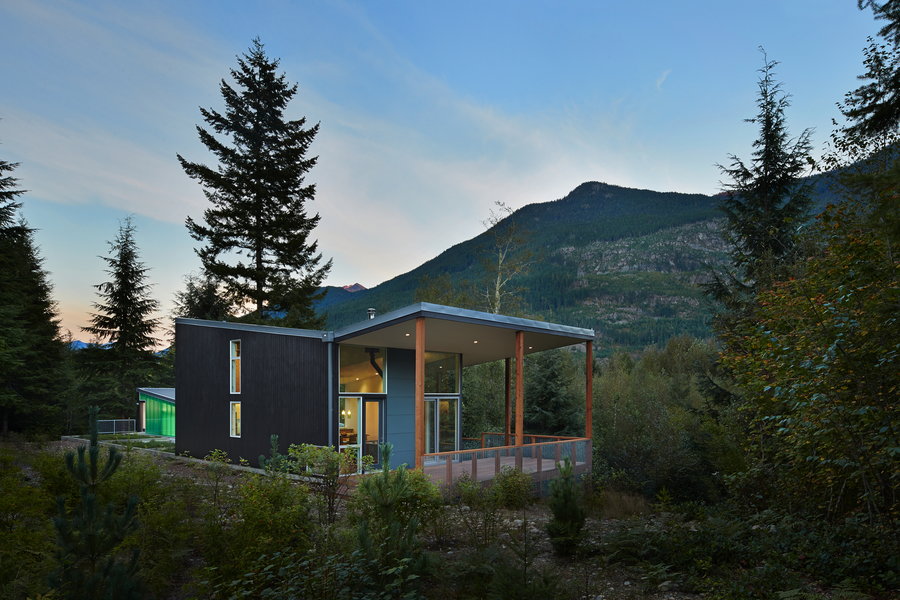 David Coleman Architecture recently completed “Bear Run Cabin” in Marblemount, Washington, a wooded, low-population area along the Skagit River in the northwest region of the state. Describing it as a “striking modern cabin,” the architects explain that they’ve put a lot of thought into how the year-round home interacts with its surroundings. Its angled rooflines are designed to mimic the North Cascades mountains, while the colors and materials make the most of the area’s rainy winters and sunny summers.

But above all else, the cabin’s defining feature is a long, narrow volume lined with green-tinted windows on one side, picking up some of the more vivid tones in the vegetation outside. At night, when it’s illuminated from within, it emits a gentle glow. This ‘studio’ measures 1000 square feet and contains a music room, workshop, and guest loft, while the 890-square-foot cabin holds a great room, bath, and sleeping loft. 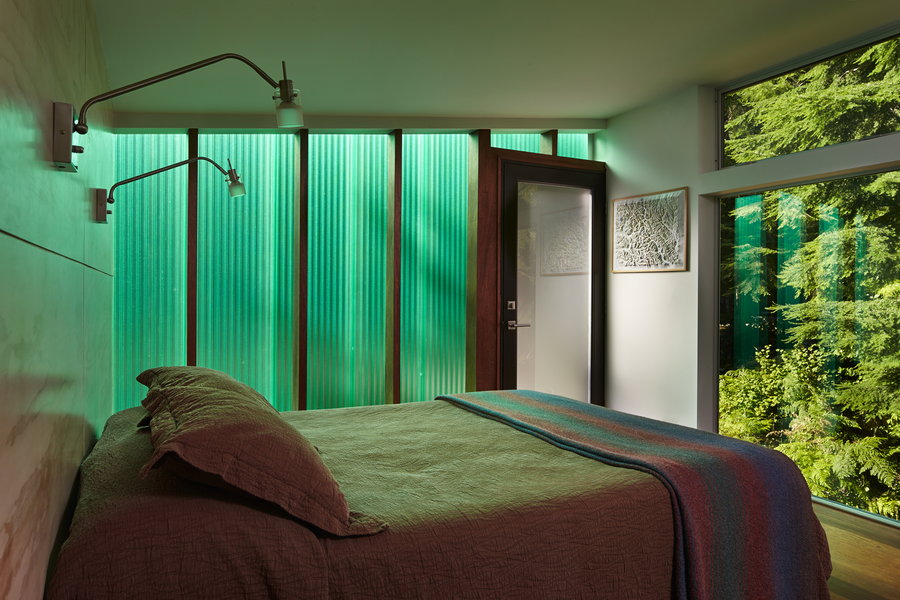 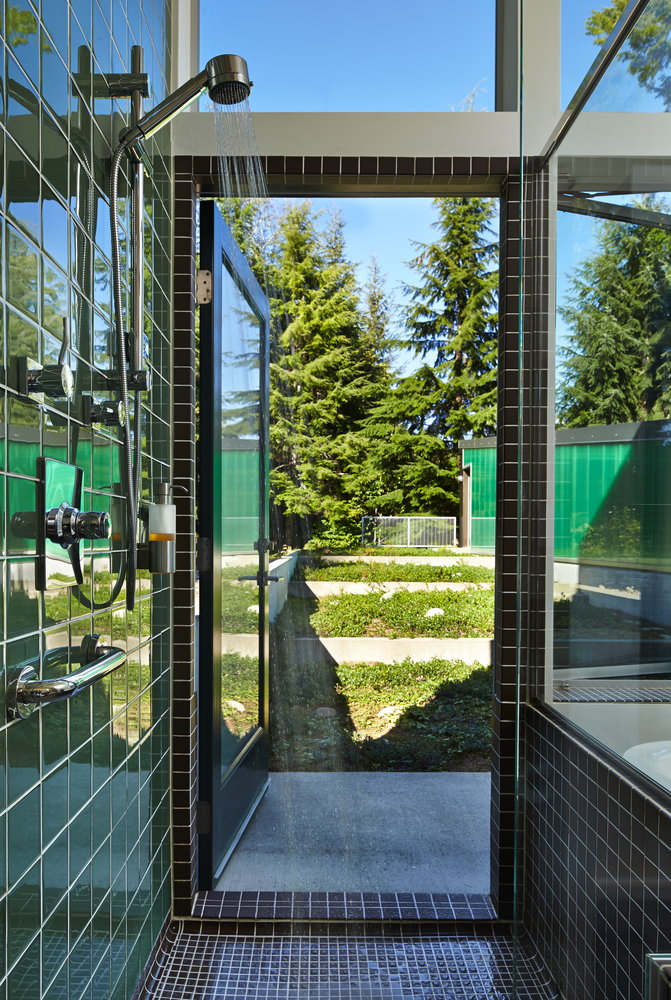 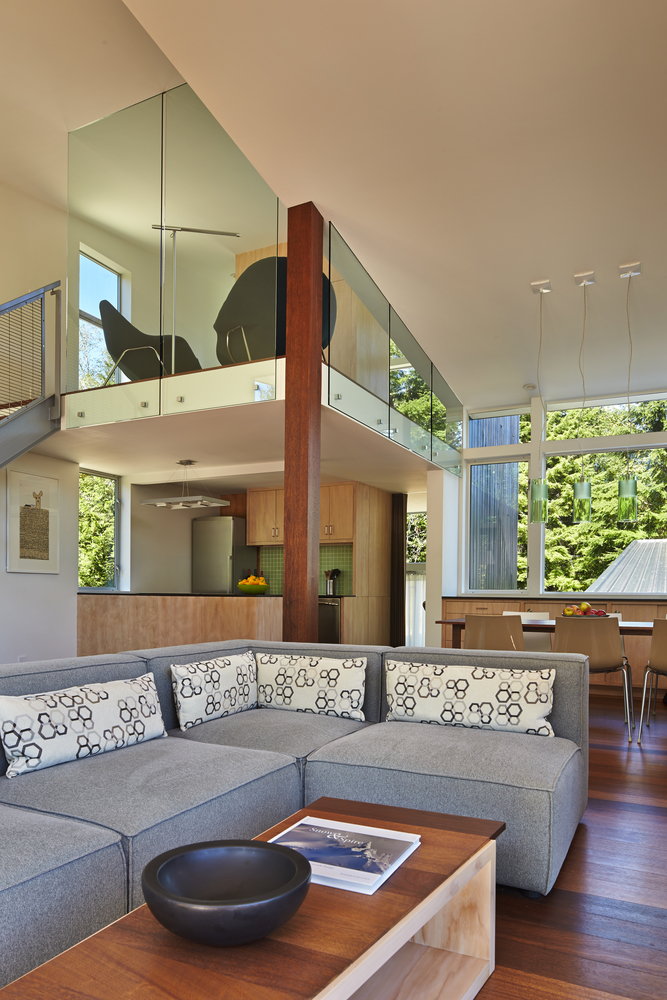 The firm explains that the cabin “has a big presence in a big landscape. Surrounded by dramatic, distant peaks, the site slopes gently to the east and overlooks a large woodlot. Our clients wanted a building that had presence in and subservience to the wild landscape. This duality became the thematic tag that informed the design.” 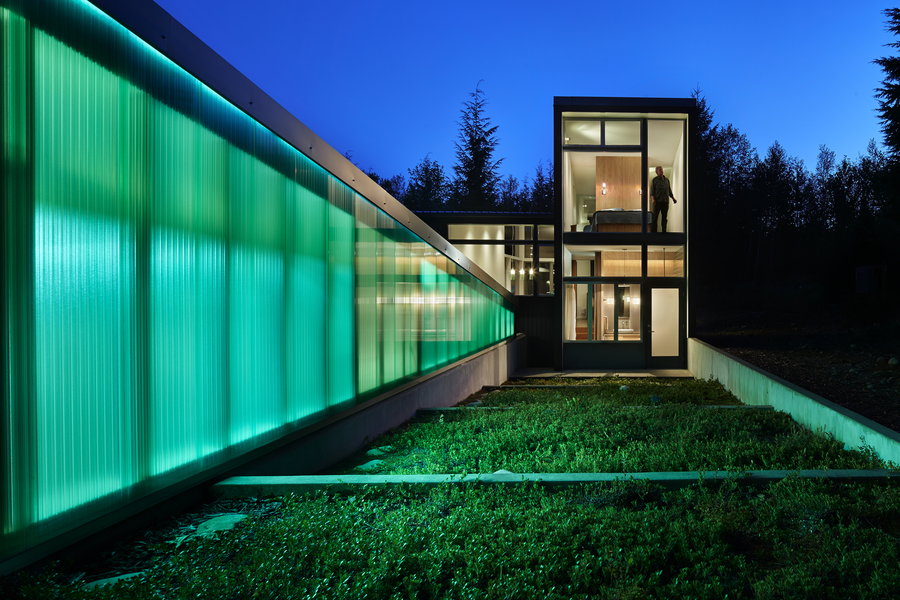 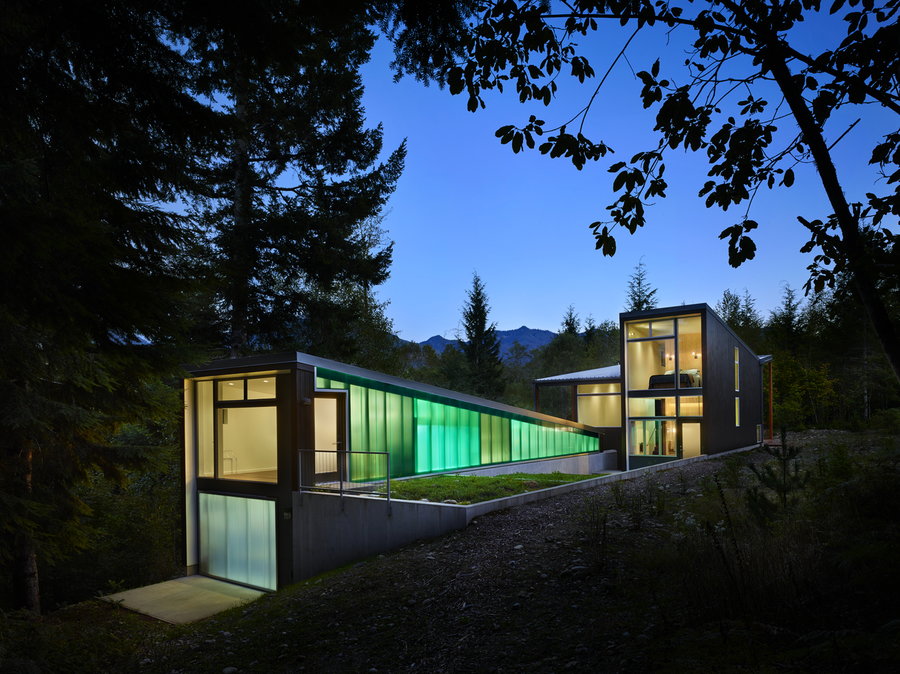 “The building site is marked by a 30-foot by 100-foot perimeter. Two buildings are juxtaposed within this footprint in a yin/yang fashion, leaving a sinuous exterior space that is defensible and varied. The western terrace is carved into the site, stepping down into the earth, leading toward a soaking tub set behind a glass wall. The south-eastern porch and monumental stair, both covered by a soaring roof, rise above the site, offering shelter from the rain and summer sun. Both spaces meet in an interstitial ‘rain garden’ – a place where seasonal rains gather and flow toward the river below.”