Fans watching Team USA lose to France on television during the Tokyo Olympics witnessed an unusual scene unfold at halftime: a metallic humanoid robot wheeling out onto the court for a special demonstration. The 6-foot 10-inch CUE5 robot developed by Toyota scored a free throw and a three-pointer before zooming to the half court line, calculating just the right arch and sinking another shot with eerie precision. Of course, the stands were empty, so there was no raucous fan reaction in person, but the internet immediately went wild. 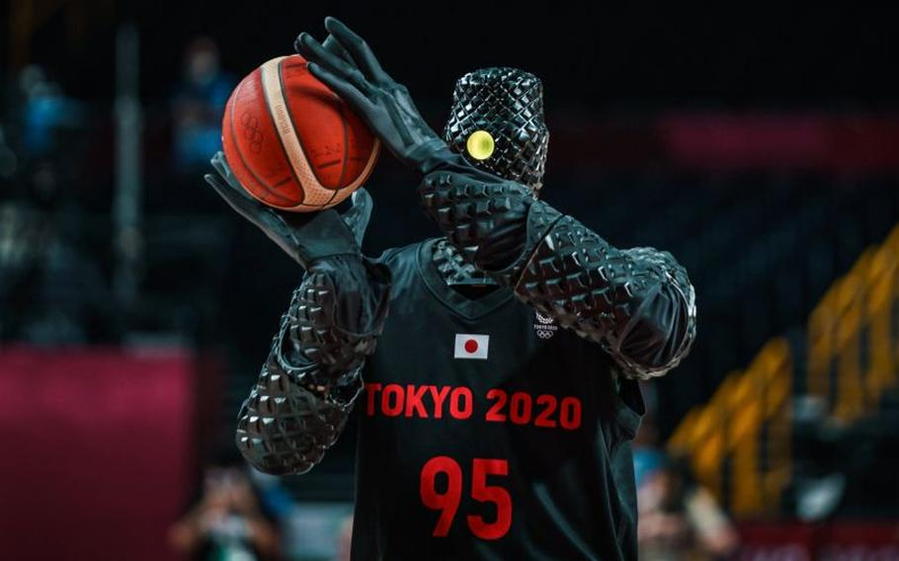 Robots are taking free throws at the #TokyoOlympics.

How long would it take for a human to render even one frame of a modern video game at low res? The computer will do high res at 120 frames per second. Not a contest.

On Twitter, some users were weirded out by the display, comparing CUE5 to murderous movie robots and AI technology like Skynet, the self-aware computer system from the Terminator movies that was hell-bent on eradicating humanity. Others, like Elon Musk, commented approvingly, impressed by the spectacle. It’s hard not to find it at least a little bit creepy, given its appearance: a metal body that kind of looks like it was crafted from an enormous cheese grater, comically large hands (modeled on Shaquille O’Neal’s), and a small head with a single glowing eye.

This robot isn’t taking any basketball player’s job anytime soon. Though its accuracy is dead-on thanks to AI-enhanced aim and a host of sensors on its torso that measure distance, the CUE5 took a full 15 seconds to set up its half-court shot, and it can’t jump or dribble. Still, some people couldn’t help but get in a few digs at certain players, implying that the robot could eclipse them in overall performance at any moment.

Toyota developed the first CUE robot just for fun in 2017. Since then, they’ve gone through multiple iterations, improving each one a little bit more. CUE3 appeared on court during the halftime show at Alvark Tokyo’s home match on November 16th, 2019, managing to move just a few meters. At the time, the development team promised Alvark’s fans that the next version, CUE4, would attempt a three-point shootout later in the season. Leveling up the robot’s performance was a challenge, but they pulled it off in January 2020, when CUE4 sank 11 shots in front of a live audience at Japan’s B League All-Star Game. 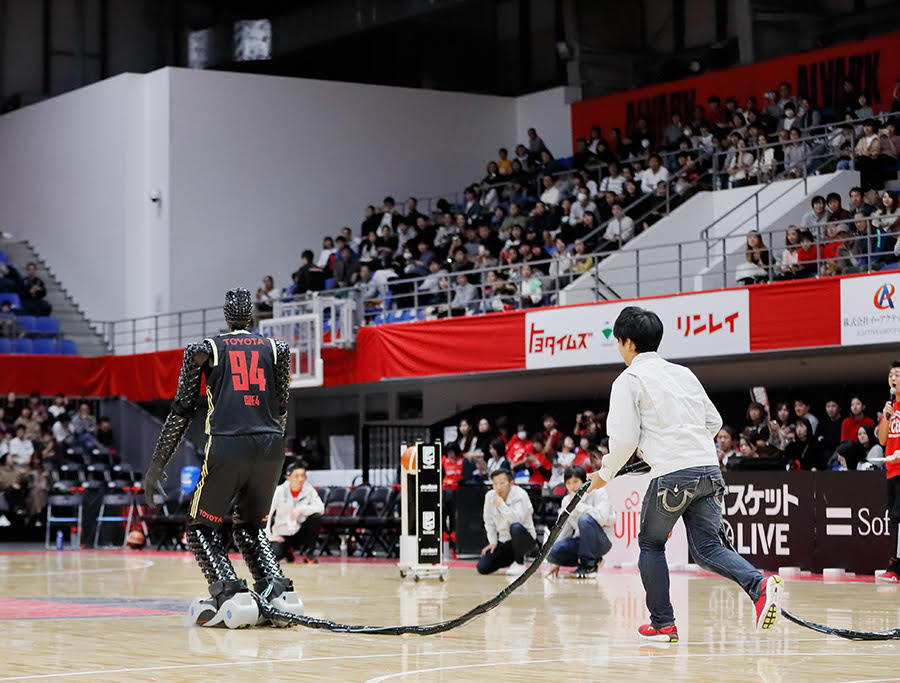 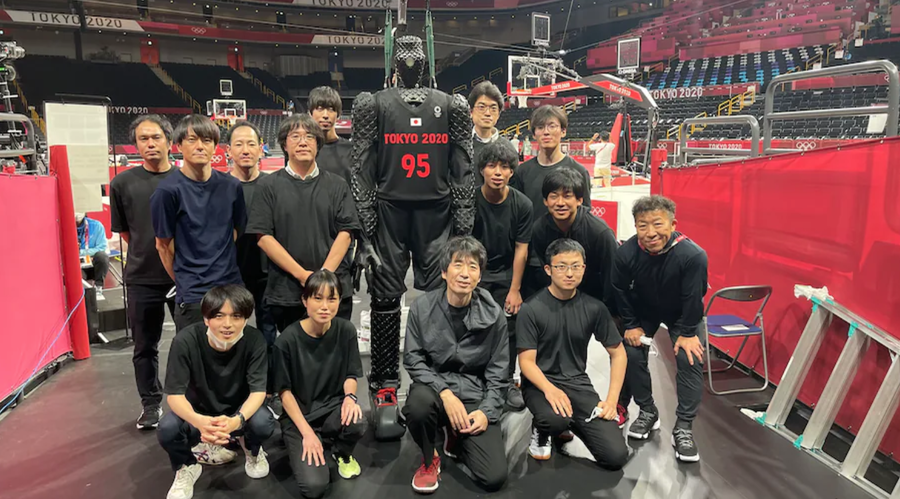 Toyota hasn’t spelled out exactly what makes the CUE5 different from the 4, but project leader Tomohiro Nomi says it can shoot “almost 100 percent” on 15-foot free throws, 98 percent on three-pointers from the 22-foot international line, and 60 percent on half-court shots. That means it outshoots the NBA’s best players, with only Stephen Curry coming close as competition.

Even if Toyota’s creepy basketball robot manages to get a lot more fluid in its movements, advancing the potential for robotic sports games of all kinds, does that actually sound like fun to watch? Near-perfection in a human can be wondrous to behold, but we expect it from robots, so it’s not as impressive. Plus, there’s always that undertone of horror about what the future of artificial intelligence might bring for all of us meat-sacks. Honestly, why do they always make these things look so terrifying?