In HBO’s Westworld series, actors like Evan Rachel Wood and Tessa Thompson give us a terrifying glimpse of what life might look like if robots were almost completely indistinguishable from humans. But judging by the looks of the industry’s current best AI creations, we’re nowhere near that reality just yet. Nobody’s going to mistake humanoid robot “Erica” for a real person, for example, but that’s what makes her perfect for the lead role in a new sci-fi film. 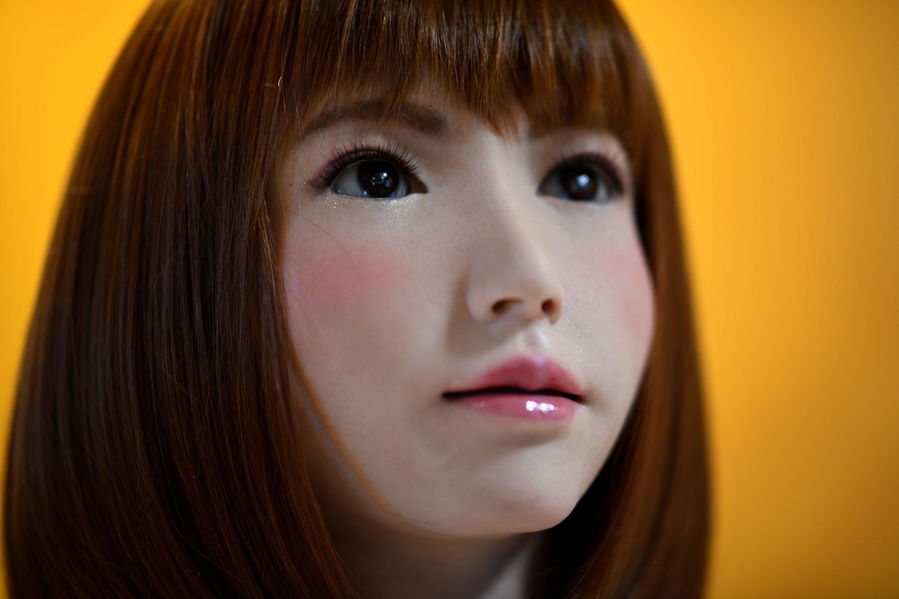 Erica will be playing a robot in the $70 million film, titled b, which is still in the early stages of production. That might not sound terribly groundbreaking, but not only is Erica a special robot, the news of her casting also illuminates what could be the beginning of a brave new world for Hollywood.

The film, financed by Bondit Capital Media, Belgium-based Happy Moon Productions, and New York-based Ten Ten Global Media, will be the first to rely on an artificially intelligent actor for the bulk of its storyline. According to The Hollywood Reporter, “b follows a scientist who discovers dangers associated with a program he created to perfect human DNA and helps the artificially intelligent woman he designed (Erica) escape.”

No director is attached to the film just yet, but Erica has already filmed some of her scenes in Japan, and the rest of the movie is expected to be shot in Europe next summer.

Erica is the work of Japanese scientists Hiroshi Ishiguro and Kohei Ogawa, who taught her how to act by applying method acting principals to her AI programming.

“In other methods of acting, actors involve their own life experiences in the role,” producer Sam Khoze told The Hollywood Reporter. “But Erica has no life experiences. She was created from scratch to play the role. We had to simulate her motions and emotions through one-on-one sessions, such as controlling the speed of her movements, talking through her feelings and coaching character development and body language.”

Most robots, Erica included, are still a little too stiff to convince anyone they’re real people. For Ishiguro, that’s the point.

“They don’t use real robots in movies, it shows halfway humanity under computer control and that makes a perfect presence of ‘androidness,’” Ishiguro says in a 2018 interview with Yoichi Matsuyama. “Well, it is not what I want — instead, I want to realize a robot-like presence that leaves awkward controls that cannot be a perfect human being. In order for the robots and the androids to be unique, it is necessary to have some uncanniness in them. It would be ok to make them look completely human, but it becomes just a person who you cannot tell from one another. I don’t feel that can make a story.” 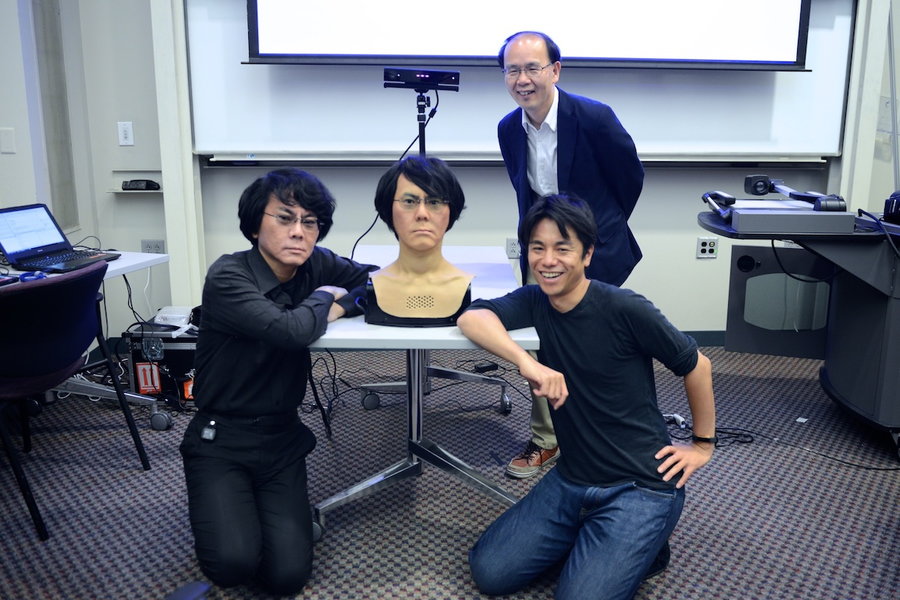 Ishiguro believes western cultures like the United States and Europe have a “human supremacist” point of view that Japanese people don’t share. Westerners are not willing to “welcome a new kind of species,” but “Japanese people may not really care about that and accept them, just like welcoming a new friend, I guess.”

“I think we could see the real possibility of robots as new species when people see them as unique beings, or robots talk about things from ‘the robot’s point of view’ or something that cannot be said by humans. I wanted to make such a movie. I think it would be very interesting if I could make a movie which represents that robots may be the crucial beings contributing to human evolution with explanations based on the principle of human evolution.”

In 2008, Ishiguro developed a robot based on himself, Geminoid HI-5. As you can see, it’s actually more realistic than most, though still firmly lodged in Uncanny Valley.

Given that the novel coronavirus is expected to be just one of many new pandemics we’ll face in the near future, using robots as actors could become a lot more common if Hollywood and film studios around the world want to continue filming safely. And who knows what AI robots will look like a decade from now? Maybe by then they’ll be playing humans, and Erica will be celebrating an Academy Award triumph.