Calling something “cute” can be a compliment or a criticism, depending largely on the tone in which it’s delivered. Even in a positive light, there’s always a lingering inference that something cute is not exactly pretty or even appealing, but rather intriguing for reasons no one can quite put their finger on. 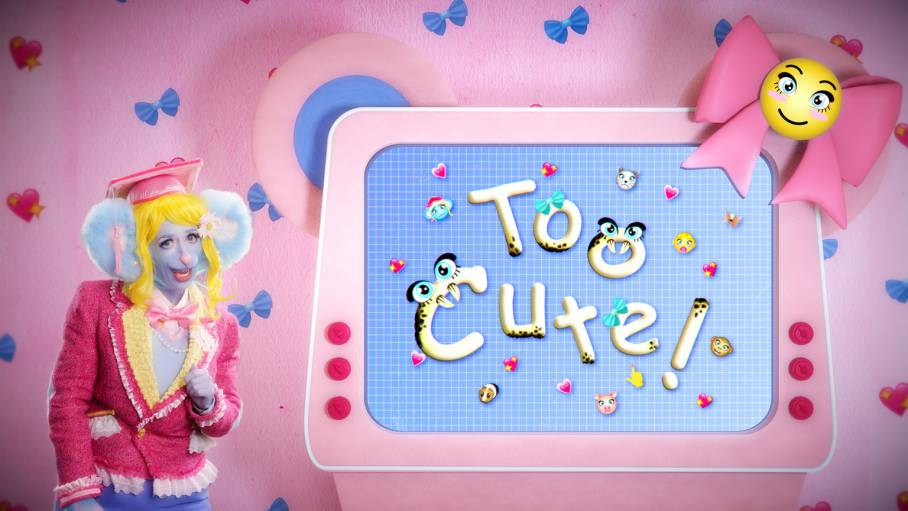 The Birmingham Museum and Art Gallery in England recently premiered an exhibit by artist and filmmaker Rachel Maclean called Too Cute! Maclean curated assorted images and articles from both the Arts Council Collection and Birmingham’s own collected works to illustrate her thesis that cuteness is simply the result of the sweet meeting the sinister. 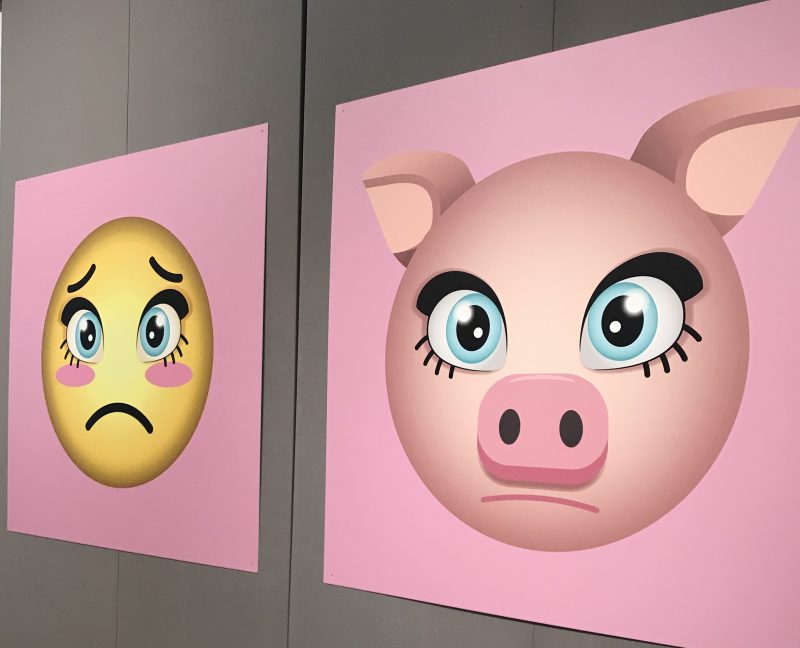 Cuteness is inescapable, whether it takes the form of your grandmother’s collection of Precious Moments figurines, a photo filter that transforms human faces into those of beloved pets, a lengthy string of emoticons, an ugly holiday sweater, or even a dog wearing clothes. Although it’s a subject that often stays in the realm of thought, Maclean still found it fascinating enough to pick apart for the public. She’s especially captivated by its pervasiveness across all countries, ages, and socioeconomic levels, as well as the fact that it’s featured in art, prose, and poetry since the dawn of civilization.

She also found cuteness’ kinship with all things menacing and creepy worthy of closer inspection. Remember the first time you saw an adult wearing PJs with feet sewn in the bottoms and a snap-closure drop seat? Were your very first thoughts “cute,” or did the image make you a little uncomfortable? 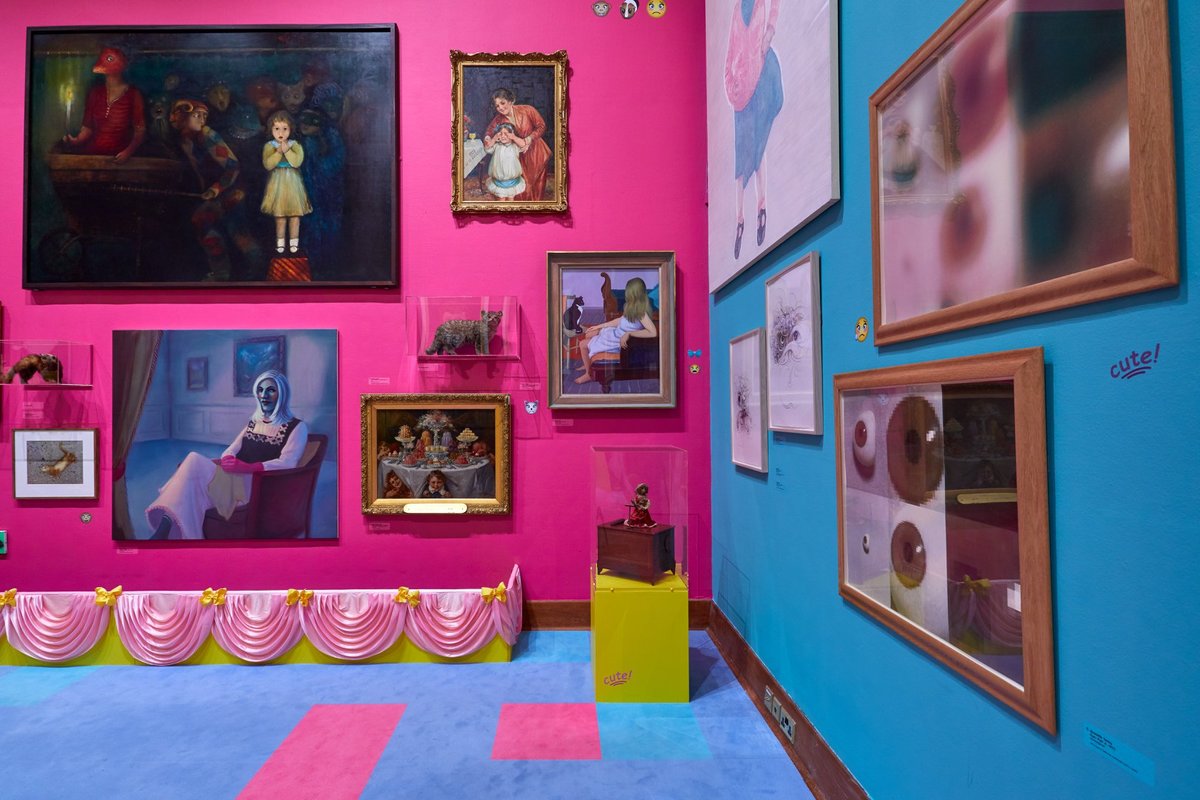 Besides the tangible components of the exhibit, Maclean also put together an illustrative video that delves deep into the intricacies of cuteness. She plays Dr. Cute in the film, a bizarre reincarnation of one of those “cute” Care Bears from the 1980s that monopolized greeting cards before getting their own TV show and movie. 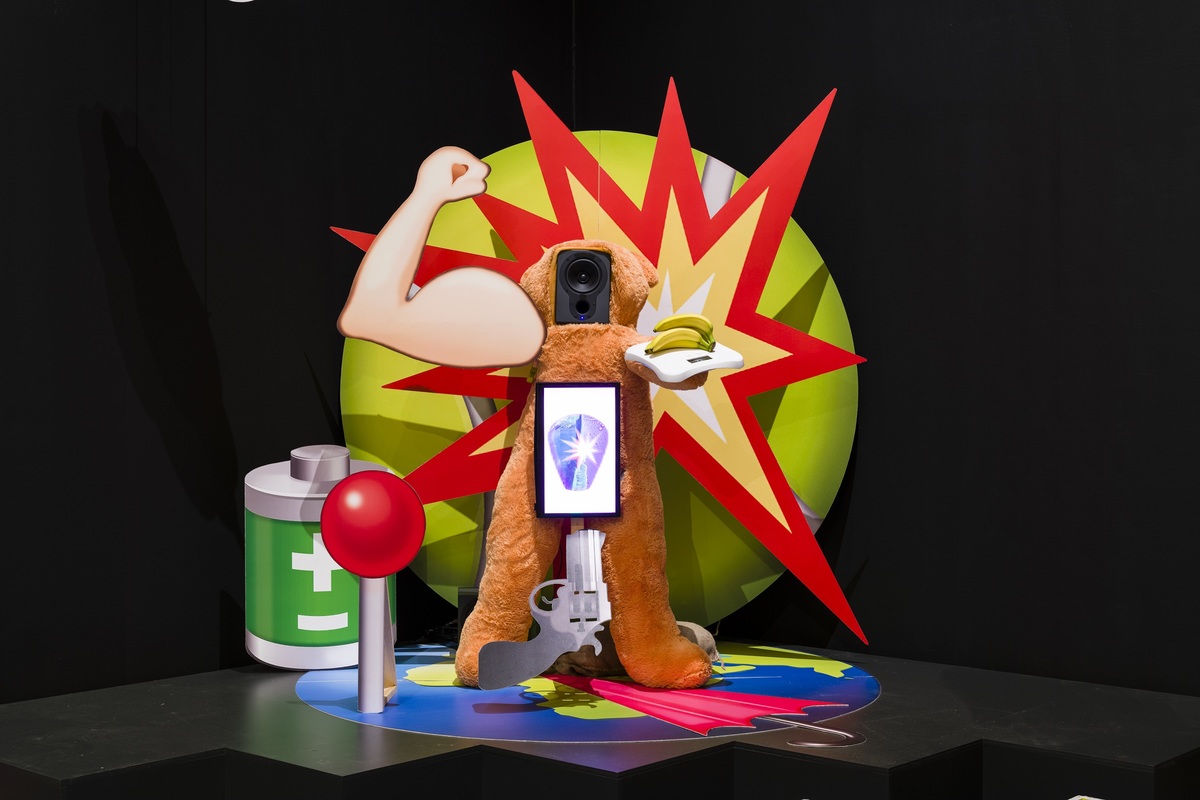 In the video, Dr. Cute delivers a short talk on the main themes of Too Cute!, followed by an educational description of cuteness and its consequences. She’s awestruck by its ability to charm and soothe us, explaining exactly how she went about examining each facet of the exhibit and how different types of cuteness have historically swayed people, citing images dating back to the oil paintings of the 19th century. The doctor’s presentation ends with various explanations of why today’s culture is so obsessed with duplicating and sharing cute pictures and other items.

Mclean, who is also renowned for her sardonic films on women in civilization, Brexit, and the effects of commercialism on society, comments: “I think cuteness is fundamental to our experience of consumer capitalism and it’s important that we take it seriously in order to understand what we use cute objects for and the effect they have on us. Something that has come to the fore in curating the show has been the number of artists that toe the line between cuteness and creepiness. There is something fascinatingly complex about this and for me it is the fundamental mystery of the cute object, how can things that look sweet be simultaneously sinister?”