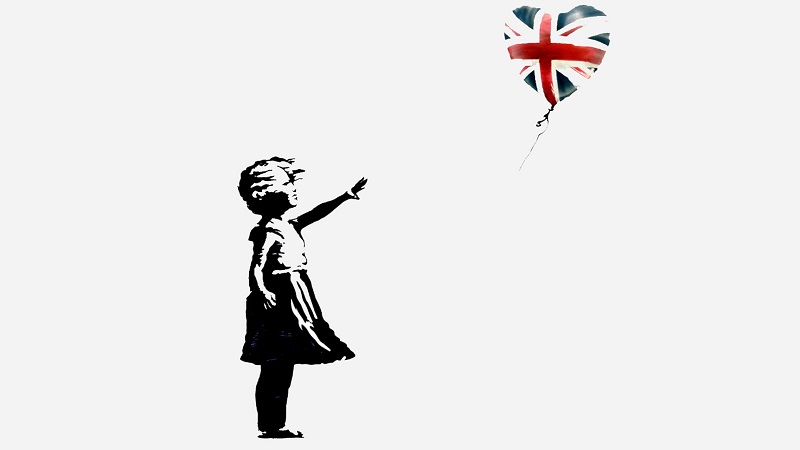 Banksy is in the British headlines once again. Often cited as the world’s most famous street artist, Banksy has gained international recognition for his provocative, political, and often controversial work. Now, he’s had to recall a print that he was promising to some of the voters in the recent UK general election. The Banksy poster in question is a reworking of the artist’s iconic “Balloon Girl” stencil, in which a girl loses hold of a red, heart-shaped balloon and looks after it as it floats away. For this series, Banksy decided to put an image of the Union Jack on the balloon, speaking to the idea of a lost Britain following the Brexit referendum and voicing his own concerns that the election results could push the UK further down a disastrous route. In a stroke of supreme controversy, the limited-edition poster was offered to anyone who voted against the conservative Tories. 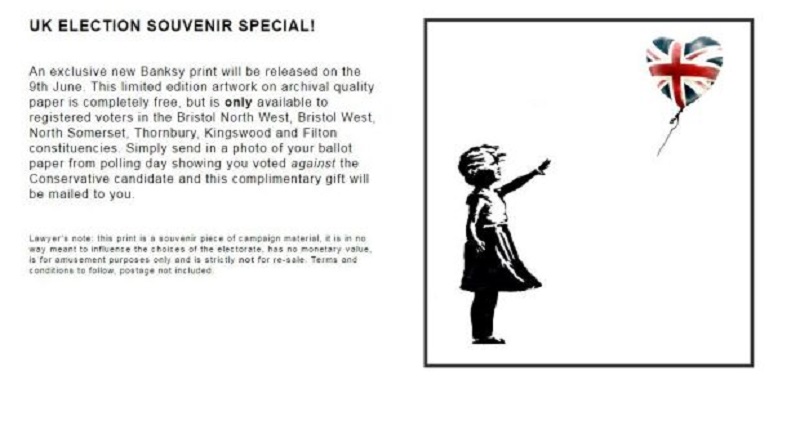 The contentious artwork appeared on Banksy’s website well before the election and was accompanied by a caption informing viewers that the print would be available for free to the registered voters living and voting in the Bristol North West, Bristol West, North Somerset, Thornbury, Kingswood, and Filton districts. Incidentally, five of these six constituencies happen to be governed by sitting Tories. To have the complimentary poster mailed to them, citizens had to vote against the Tories and send a photo of their ballot to Banksy’s website. Naturally, the post came with a self-preservational legal notice, which read, “this print is a souvenir piece of campaign material, it is in no way meant to influence the choices of the electorate, has no monetary value, is for amusement purposes only and is strictly not for re-sale.” 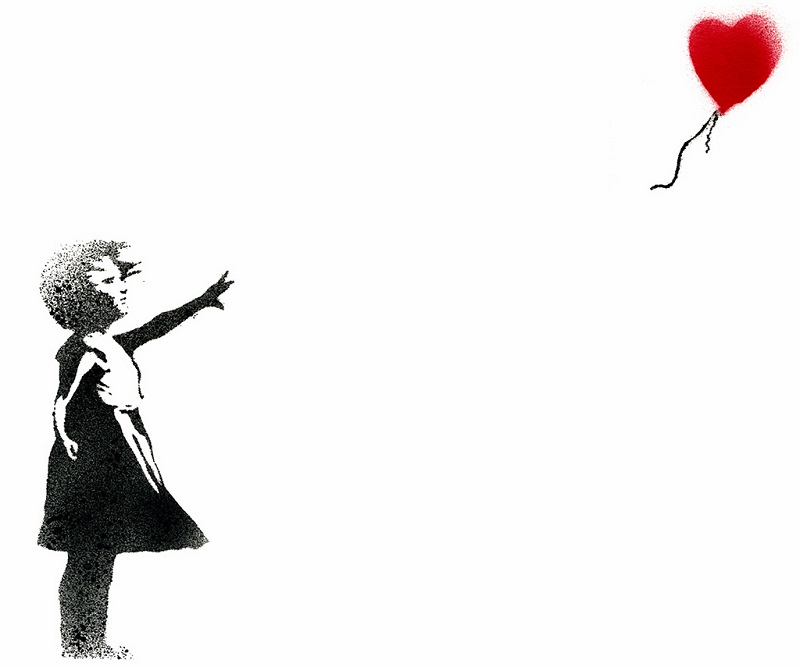 The post immediately attracted criticism on Instagram, where Banksy was also promoting the offer. Surprisingly, a majority of the complaints the artist received were non-political. Instead, many people expressed their concerns over taking pictures inside polling stations, which is illegal and could have rendered several ballots null and void. One spokesperson from the Electoral Commission explicitly warned voters against participating in the promotion, stating: “Given the risk that someone taking a photo inside a polling station may be in breach of the law, whether intentionally or not, the commission’s advice is against taking any photos inside polling stations.” 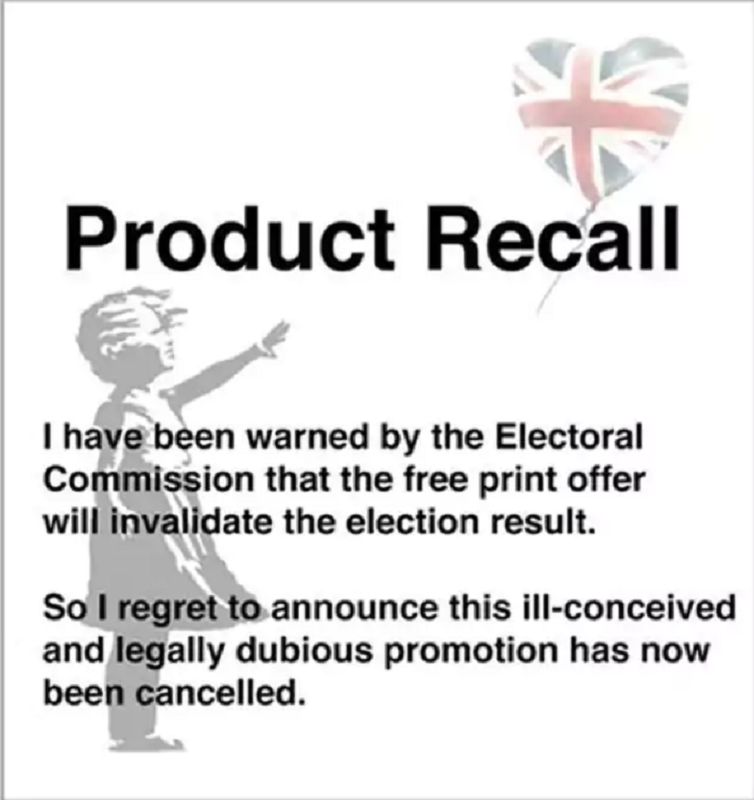 On June 6th, just two days before the country was set to vote in the general election, a new post appeared on the artist’s website explaining that he had recalled the poster and that he had never intended to disrupt any electoral proceedings. The post reads, “I have been warned by the Electoral Commission that the free print offer will invalidate the election result. So I regret to announce this ill-conceived and legally dubious promotion has now been canceled.” Given the fact that the Conservatives failed to win a majority in the actual election and ended up with a hung parliament, it’s safe to say that Banksy’s free poster campaign could have easily and single-handedly influenced the outcome.