In Miami Beach, a lifeguard tower isn’t just a lifeguard tower. It’s a mode of expression, often adorned in a splashy pastel palette to capture the vibrant tropical vibe of the scene. After the city’s iconic Art Deco buildings, these structures might just be the most famous architecture in South Florida. The charming candy-colored towers are replacements for a series of more conventional lifeguard stands that were destroyed by Hurricane Andrew in 1992. Architecture firm William Lane designed five of them in 1995, and in 2015, the city invited them back to complete 33 additional wooden structures. Others were designed by local figures like students, record store owners, and even lifeguards themselves. 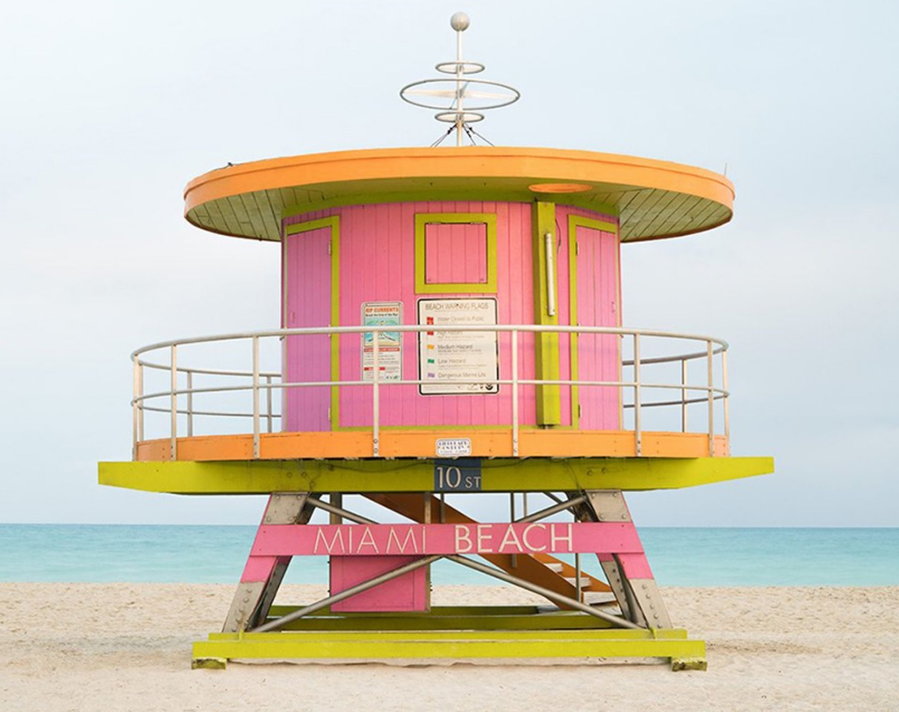 These designs are now almost as much of a tourist draw as Miami’s white sand beaches, and when photographer Tommy Kwak saw them in 2019, he decided they deserved to get even more attention. Preserving the towers forever in their prime, Kwak’s series “Lifeguard Towers: Miami” captures the unique personalities of each one. Kwak wanted to catalog the structures as a means of inviting viewers to appreciate and compare their similarities and differences. 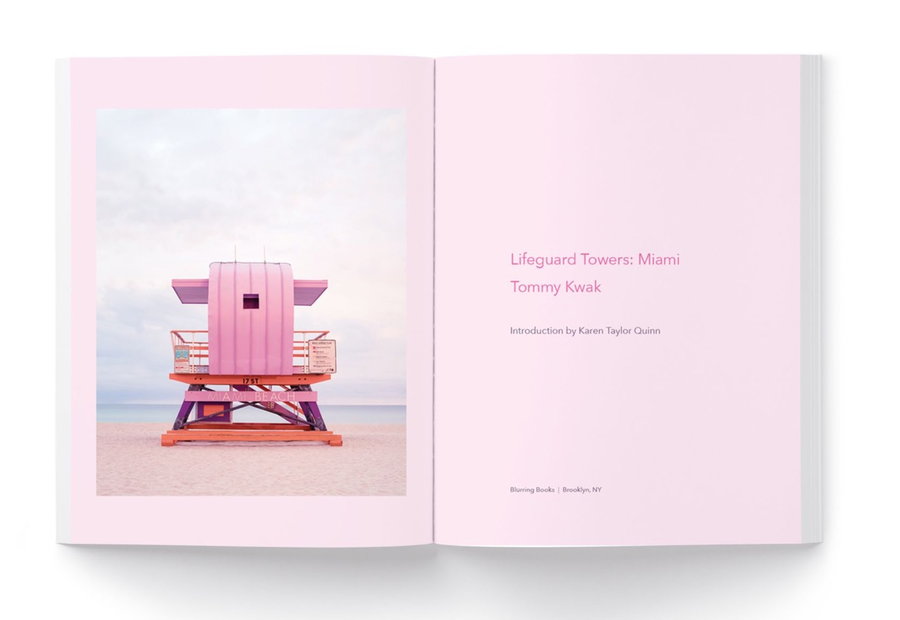 The series has been exhibited at Clic Gallery locations across the United States, and collectors have sought out limited-edition prints. Now, Kwak is offering it in the form of a fun photo book of the same name, published by Brooklyn-based specialty publishing house Blurring Books. A June crowdfunding campaign on Kickstarter made it possible for Kwak to bring the project to life, and pre-orders are now available at booksellers like Amazon and Barnes & Noble, with a release date of November 1st, 2022.

If you’re interested in seeing Miami Beach’s lifeguard towers in person, you can expect to get a fair bit of exercise in the process. Kwak says the towers stretch across 8.5 miles of shoreline — and that he burned 13,000 calories in the process of trudging through all that sand. They begin with a striped red and white tower at South Pointe, the most southerly tip of Miami Beach. Along the way, you’ll see fun combos of green, pink, and orange; a funky lime green swirl; an orange one with spiky “hair” reminiscent of Lisa Simpson; a patriotic paint job of Stars and Stripes; and more. 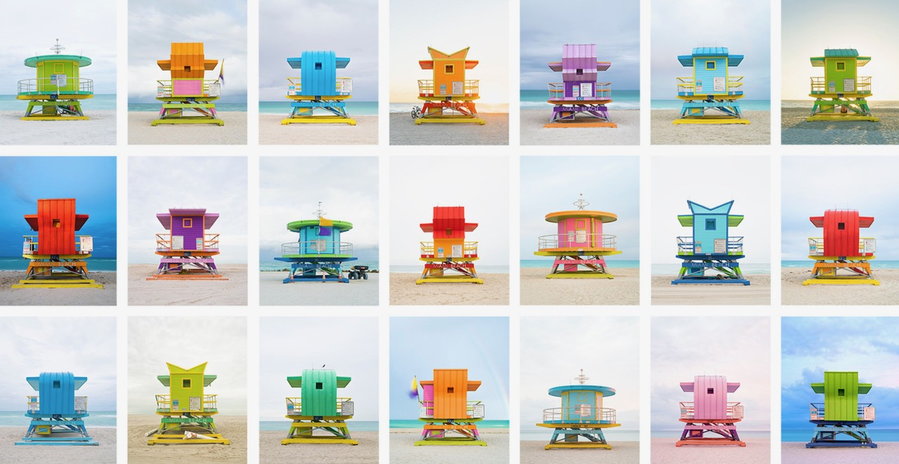 Kwak himself was drawn to Miami Beach by his love of water, which led him to look for unique lifeguard towers first in Miami, then Southern California, and finally in Montauk, New York. Next, he plans to photograph unique lifeguard towers in New England, and says he’s even gotten tips on unusual towers of interest in South Korea and Argentina. 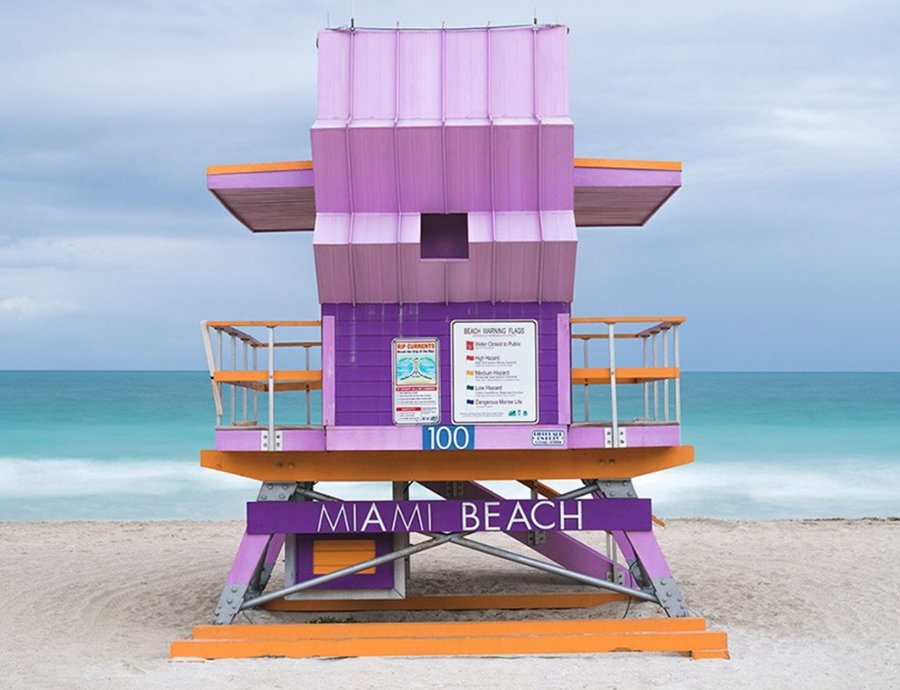 Kwak’s website explains that his “work explores the transience of landscapes and natural forms through ethereal large-format color photographs. His work has been exhibited internationally, most recently in commissions for Louis Vuitton at their locations in New York, Seattle, and Cologne, Germany. He earned a BFA in Graphic Design from California College of the Arts in 2002 and completed photography courses at International Center of Photography from 2006 to 2008.” 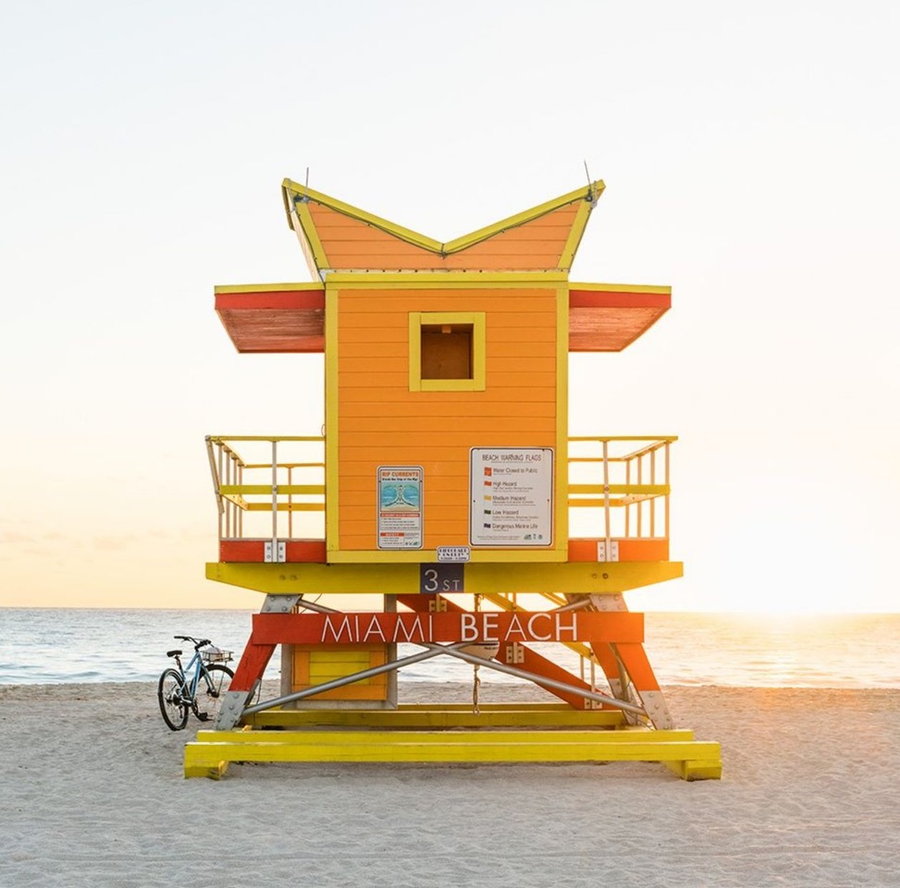 “In 2010 and 2016, Tommy participated in the SIM Residency program in Reykjavík, Iceland as well as the international arts festival, Villa Reykjavík. Tommy grew up outside of Chicago, lived and worked in Brooklyn, NY for 13 years, and now resides in Montclair, NJ. He has been a member of Fowler Arts Collective in Greenpoint, Brooklyn and SONYA (South of Navy Yard Artists).”