Following calls for solidarity from high-end Ukrainian stores, fashion houses around the world have announced a suspension of business in Russia. 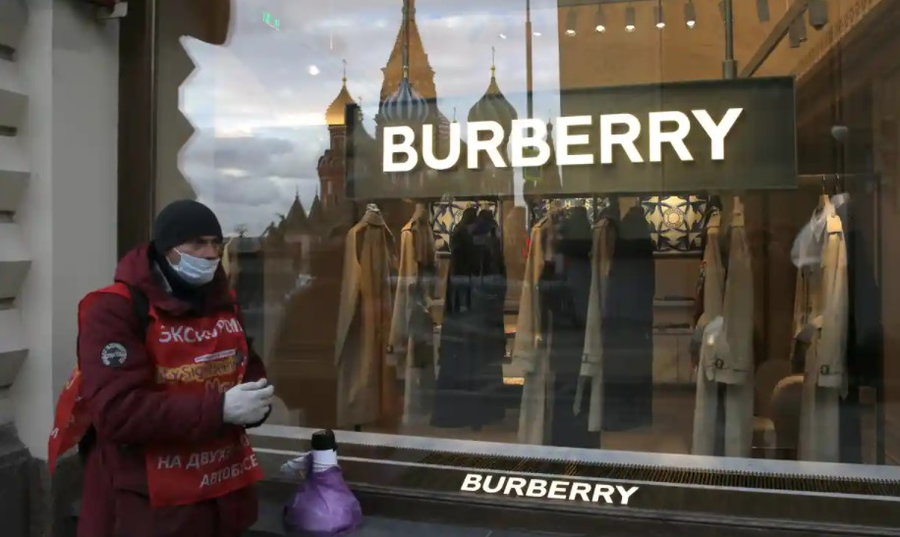 A week after Russia invaded Ukraine on February 24th, attacking multiple cities across the country and killing hundreds of civilians, businesses around the world quickly began cutting ties with Russia. Among the first of the luxury retailers to suspend operations in the world’s largest country were Hermès and Richemont, the owner of the Swiss Cartier. The latter, which has about a dozen directly operated shops in Russia, posted that it was suspending all its commercial activities in the country as of March 3rd. 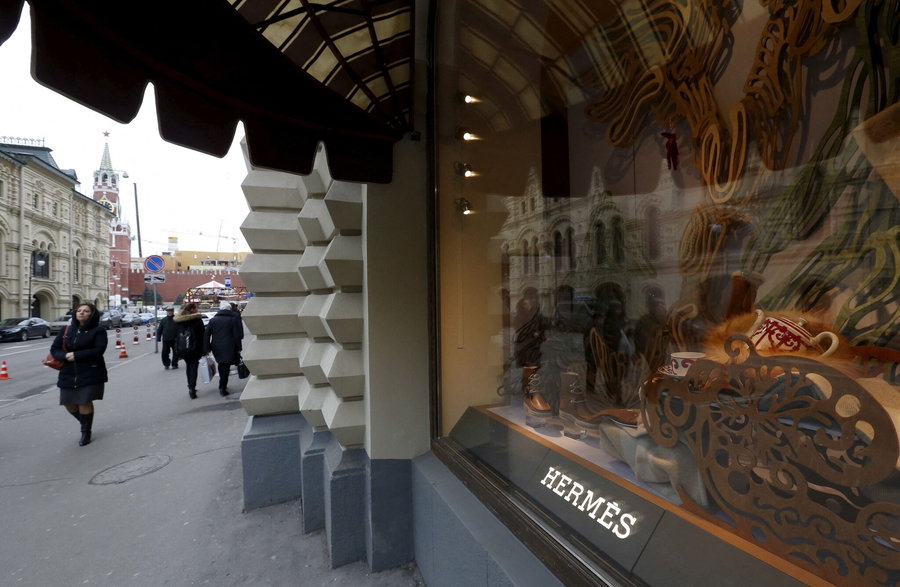 In a statement on March 4th, Hermès, known for their costly Birkin handbags, said, “Deeply concerned by the situation in Europe at this time, it’s with regret that we have taken the decision to temporarily close our store in Russia and pause all our commercial activities…We will continue to stand by our local teams.” The high-end retailer operates three stores within the country.

Later the same day, LVMH, the parent company of fashion firms Christian Dior, Givenchy, and Bulgari, announced it would close its 124 Russian boutiques “given the current circumstances in the region,” according to a spokesperson. That evening, French firm Kering, owner of Gucci, Bottega Veneta, Balenciaga, and Saint Laurent, decided to close its two stores that employ a total of 180 Russian residents, citing “growing concerns regarding the current situation in Europe.” 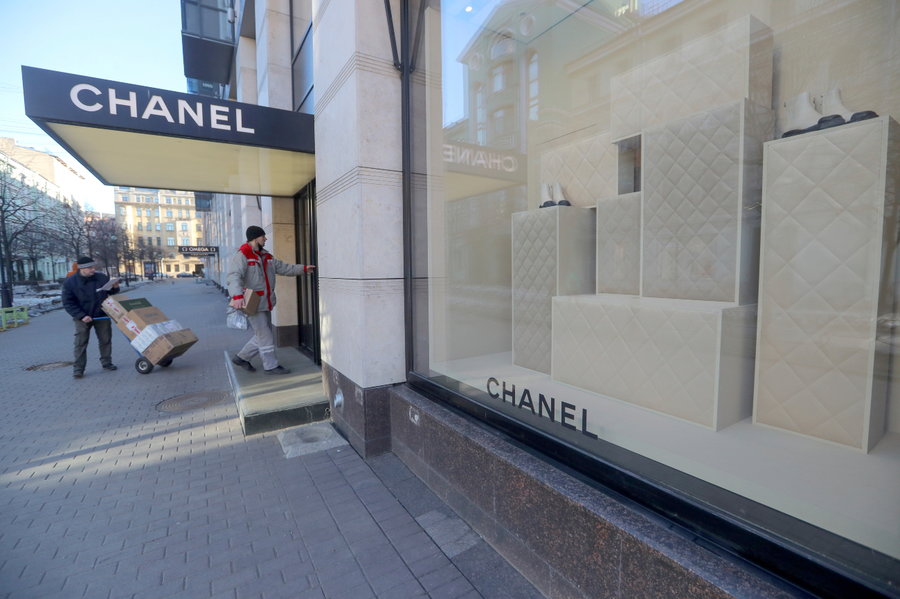 A statement from Chanel in a LinkedIn post soon followed. “Given our increasing concerns about the current situation, the growing uncertainty, and the complexity to operate, Chanel decided to temporarily pause its business in Russia. We will no longer deliver into Russia, we will close our boutiques, and we already suspended our e-commerce.”

While it would be nice to believe all these companies have shuttered their Russian shops out of anti-war solidarity, the fact that economic sanctions against the country have already disrupted the supply chains to get luxury goods in was certainly a factor. And with Visa and Mastercard both blocking transactions from multiple Russian financial institutions, doing business in Russia was already becoming difficult for the high-end stores, making it a much easier choice to temporarily close their doors. 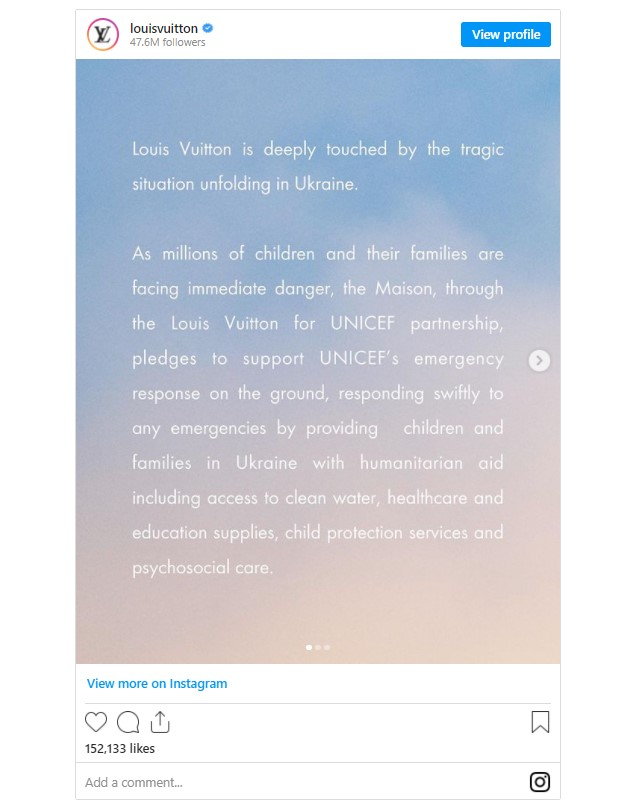 Perhaps that’s why so many of the fashion houses expressed “concern” in their carefully worded statements without condemning the actions of Vladimir Putin and his forces – in an effort to not burn any bridges for future dealings. Besides, according to Bernstein Research, luxury fashion in Russian only makes up 2 percent of global revenues for most of the industry.

While several other luxury brands, including Louis Vuitton and Valentino, made large donations to humanitarian and refugee organizations in support of the Ukrainian people under attack, one designer who has spoken out is Italian legend Giorgio Armani. During his February 27th Milan Fashion Week show, the 87-year old had his models strut in silence to make a statement. 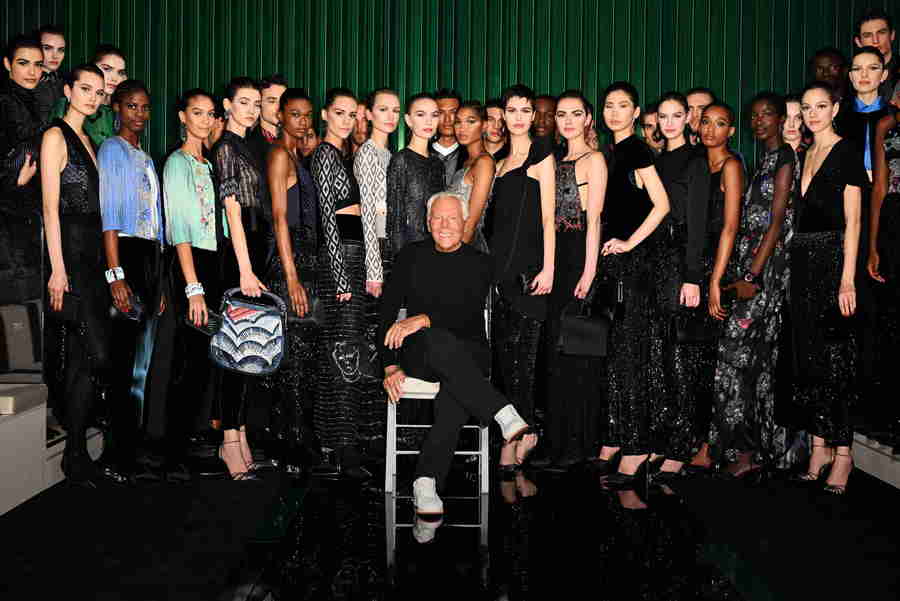 “My decision not to use any music was taken as a sign of respect towards the people involved in the unfolding tragedy in Ukraine,” he posted on his Twitter account. On the sidelines of the show he added, “The best thing to do is send a message that we don’t want to celebrate because something very disturbing is happening around us.”