Everyone knows how important creativity is when it comes to encouraging kids’ imaginations to grow. For this reason, schools can be tricky to design. Because they often need to meet their municipality’s educational facility standards, schools can sometimes feel outdated and squash some of the freedoms that are beneficial to children as they grow and learn about the world around them. It then becomes the challenge of architects and designers to create inspiring places for children to inhabit while they are at school — places that produce passionate, confident kids and lasting memories of the educational experience itself. 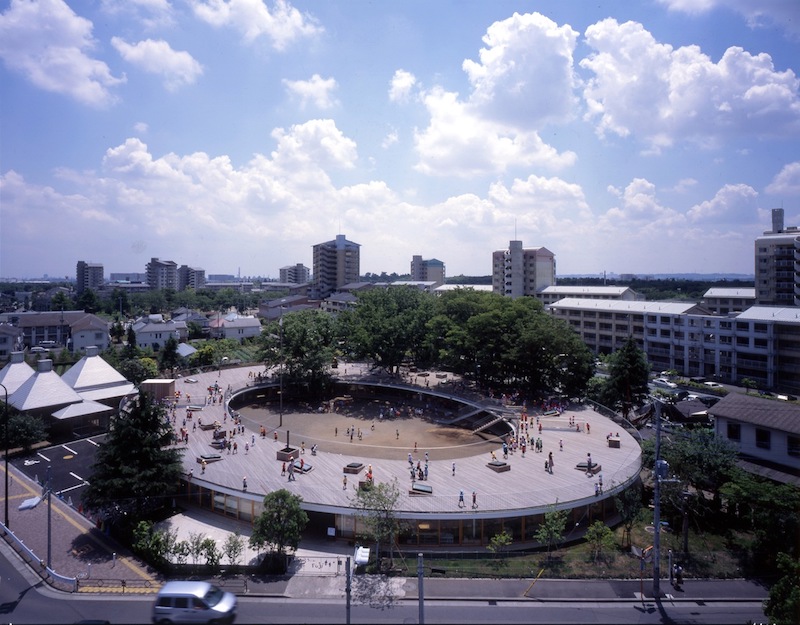 One such school that’s been recognized for its amazing contributions to society is a kindergarten in Tokyo, Japan, by Tezuka Architects. Although the pre-school was completed a decade ago, it was only recently awarded the prestigious Moriyama RAIC International Prize, which has been given to a “an architect, team of architects, or architect-led collaboration, based anywhere in the world, in recognition of a single work of architecture that is judged to be transformative within its societal context and expressive of the humanistic values of justice, respect, equality, and inclusiveness” every year since its inception in 2014. 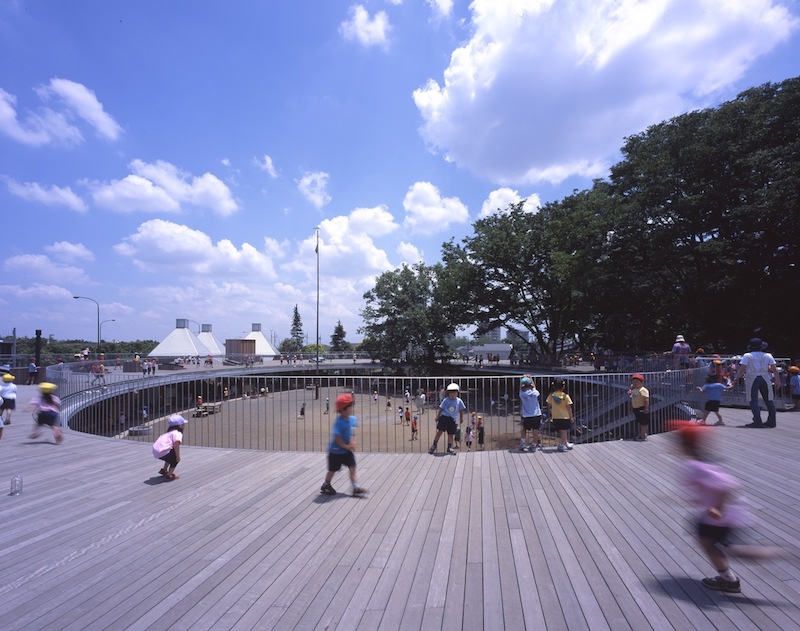 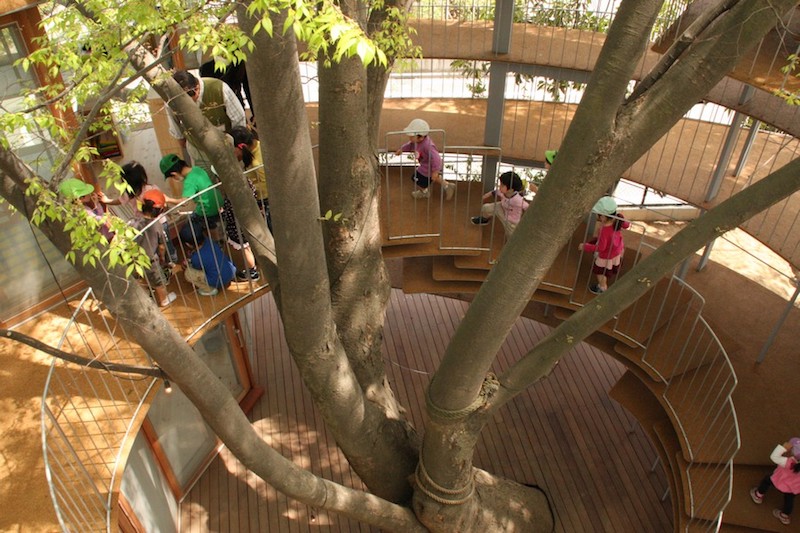 The Fuji Kindergarten is not only a stunning piece of architecture, but it’s also one that allows its users to completely engage with it. Shaped like an oval ring, the central concept of the school is its rooftop deck, which allows the children to run around freely, complete entire laps of the school, and climb on the many trees that perforate the decking. 600 toddlers between the ages of two and six attend the school, and during school hours the roof becomes a play space, learning environment, and common area that encourages interaction and exploration. There is notably no play equipment installed on the roof, which puts the focus on the built environment itself to engender play and recreation. The deck is accessed via a staircase that ascends the 2.1 meters to the roof, providing a greater connection between the school’s lower and upper levels. The classrooms are located on the ground floor, but unlike the ones you’d expect to find in traditional schools, these classrooms aren’t walled off. Instead, they create a fluid space separated by child-sized storage units, which can be moved to divide areas as necessary. 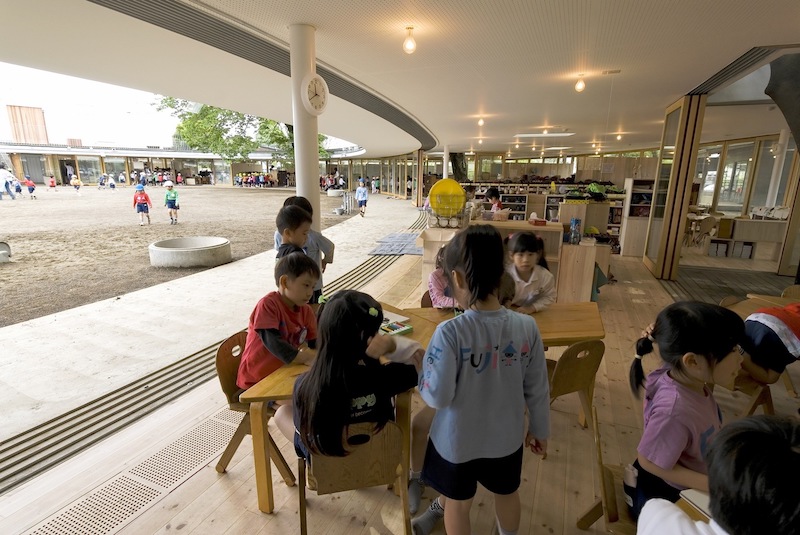 Continue reading below
Our Featured Videos
The judge of the Canadian prize, Barry Johns (FRAIC Jury Chair and a Trustee of the RAIC Foundation), explains: “What perhaps sets the Fuji Kindergarten apart is the sheer joy that is palpable in this architecture. It is one of those rare buildings — comprised of a geometric plan, a single section, a roof, and a tree — that in their utter simplicity and unfettered logic magically transcend the normal experience of learning.”

Upon accepting the prize, Japanese architect Takaharu Tezuka said, “I feel now there is someone who understands this project well. I think it’s quite a unique prize because it’s about contributing to society. It looks like a simple structure. But it’s a layering of many ideas combined.” He also says that his concept for the school was one of a “nostalgic future,” where children are removed from the technology-abundant today and released back into the beauty, innocence, and freedom of playing and just being a kid.