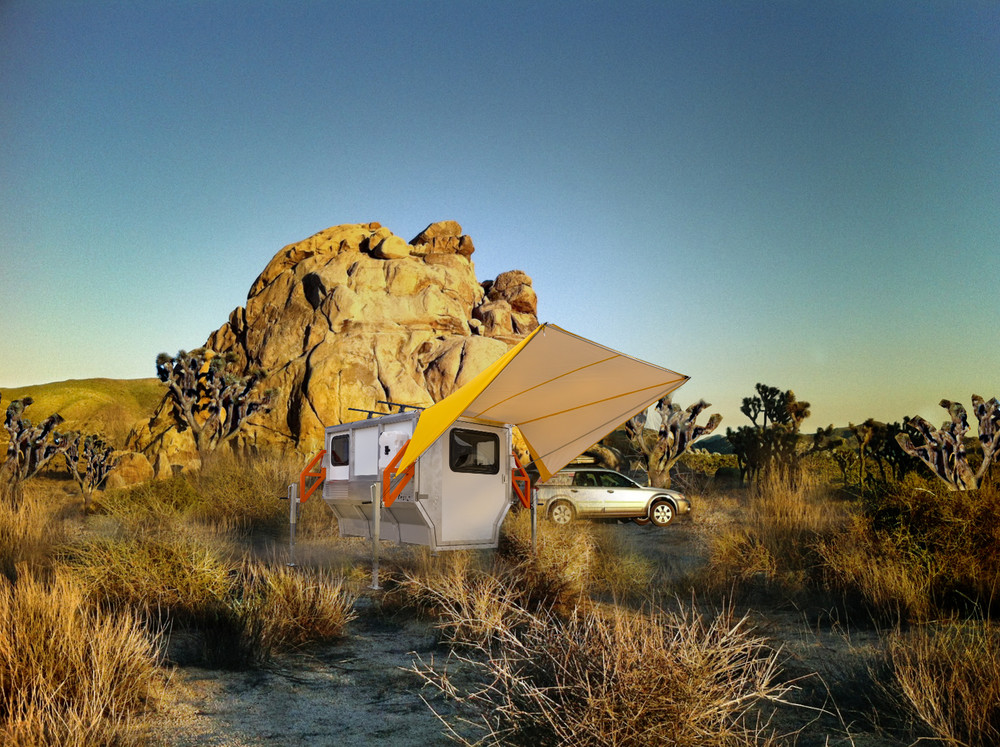 If the tiny living pod above looks like a NASA-built space lander, it’s for a good reason. Designer Garrett Finney used to work for NASA developing space exploration vehicles and living spaces. After he left, he set to work developing an Earth-based recreational vehicle. His compact creation is called Firefly as an ode to the beloved sci-fi TV series.

“In NASA parlance, it is a habitation module,” Finney says. He calls it “a camper and a tool box, inside and out,” noting that its simple shape and rugged exterior make it adaptable to all sorts of conditions, and it can even be dropped into place by a helicopter. 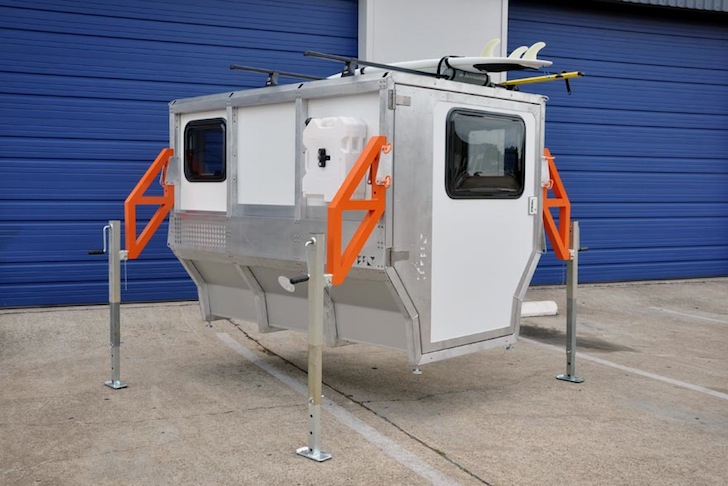 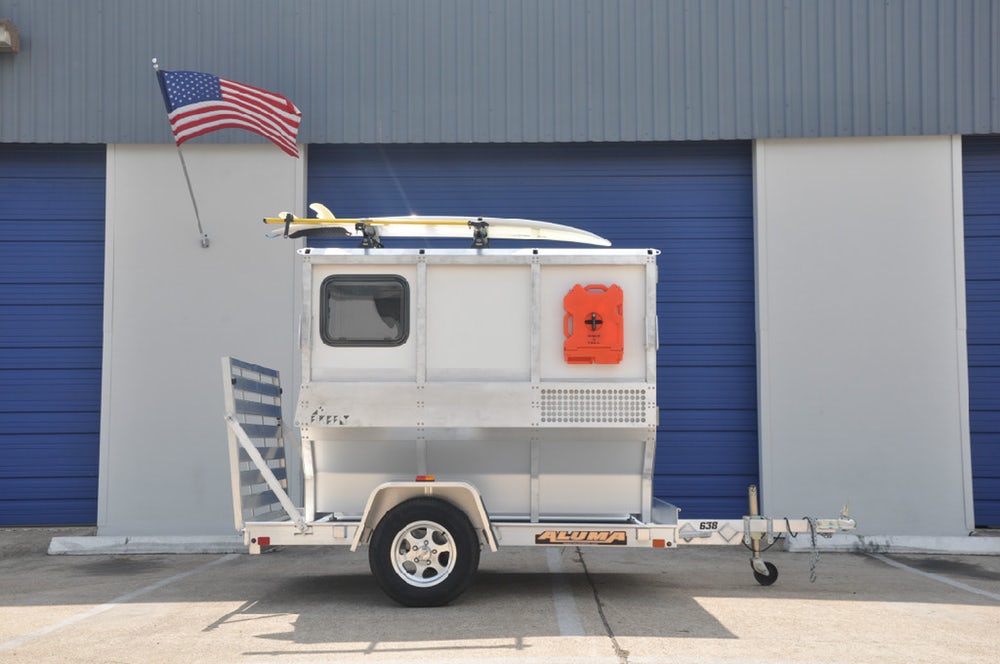 At a weight of only 600 pounds, the Firefly compact camper is so lightweight, it can be placed in the back of a pickup truck or towed by a car — even a small car. The goal was to create a tiny temporary living space that was both tough and lightweight. The team’s knowledge of materials helped them construct a module that can withstand a variety of settings and uses. 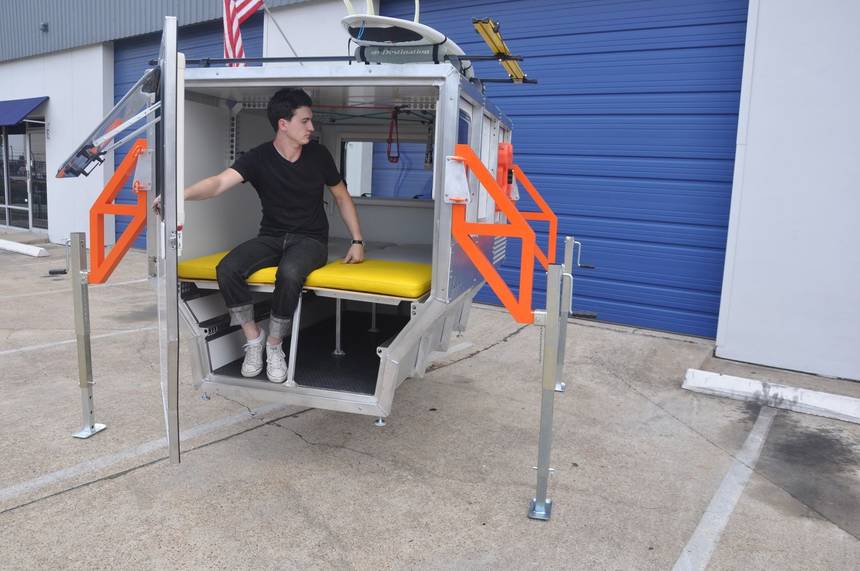 Meant as a temporary shelter and not a permanent tiny living space, the Firefly contains only the bare minimum of space and amenities. On-board water tanks and space for storage mean that travelers will have what they need at their disposal. The adjustable legs mean you can use it on uneven terrain, and they make it look extra spacey, too. It’s hard not to feel a little giddy at the thought of your inner child getting to spend the night in what essentially feels like a Mars habitat pod.

Although the Firefly is still in the prototype stages, the designers envision it eventually looking something like this: a serene outpost where one can get away from the rest of the world and just enjoy the beauty of our home planet.