Tiny enough to look like fruit flies to most observers, winged microchips developed by engineers at Northwestern University could soon be used for population surveillance and the tracking of airborne pollution and disease. Featured on the cover of the September 23rd edition of Nature, these “microfliers” are roughly the size of a grain of sand, equipped with miniature sensors, power sources, and antennas to transmit information. 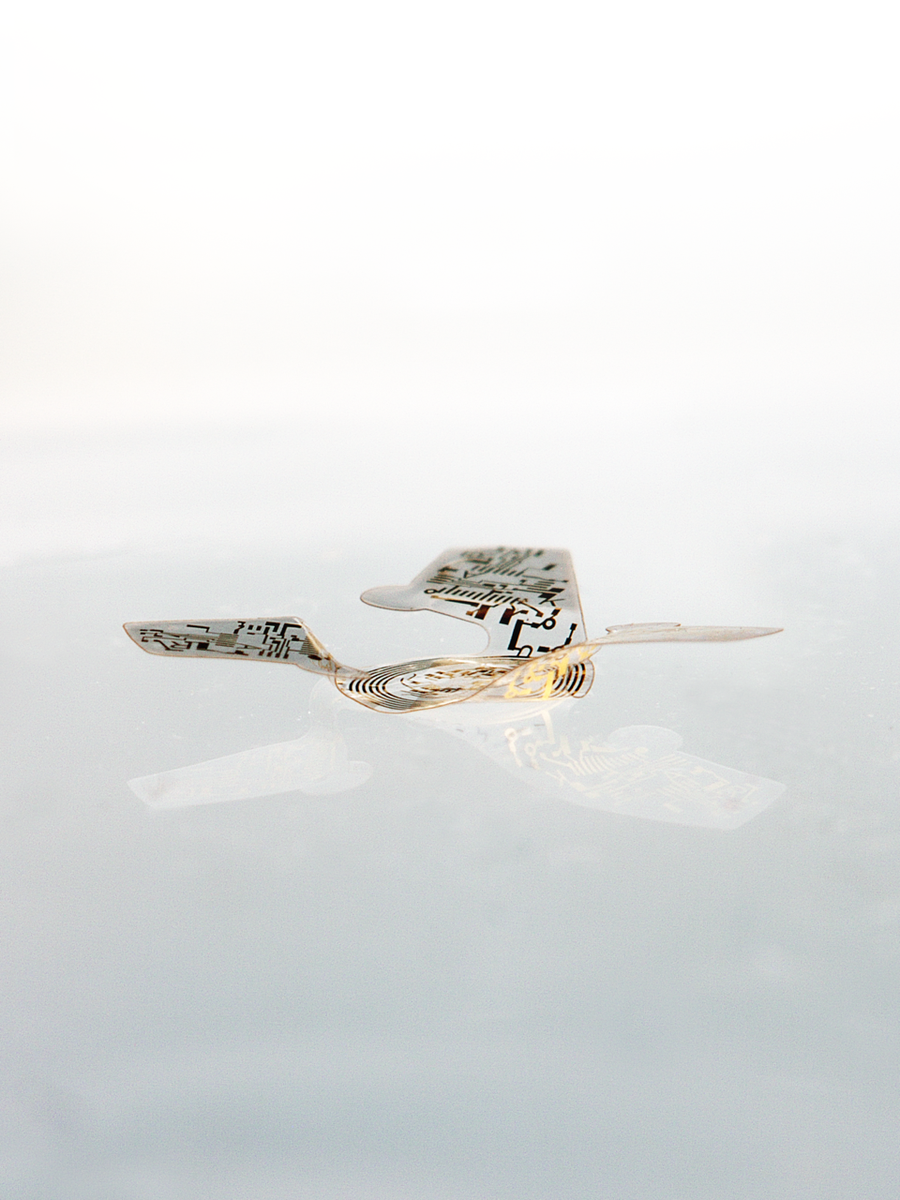 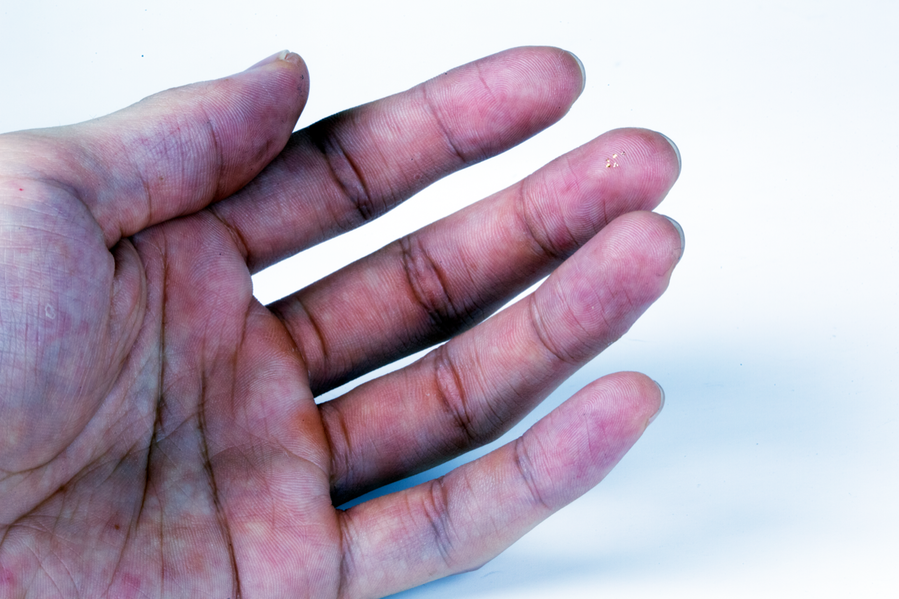 The engineers say they’re the smallest ever human-made flying structures, and they could be dropped like “swarms” from various altitudes to assess air pollution or monitor the effects of chemical spills. That raises the question of how they could possibly be cleaned up again after their use, especially if they manage to spread far and wide in the wind. No problem, says the team at Northwestern University. They can be made of materials that will dissolve in water over time, so they naturally degrade and disappear.

“Our goal was to add winged flight to small-scale electronic systems, with the idea that these capabilities would allow us to distribute highly functional, miniaturized electronic devices to sense the environment for contamination monitoring, population surveillance, or disease tracking,” says Northwestern’s John A. Rogers, who led the device’s development. “We were able to do that using ideas inspired by the biological world. Over the course of billions of years, nature has designed seeds with very sophisticated aerodynamics. We borrowed those design concepts, adapted them, and applied them to electronic circuit platforms.”

The team took inspiration from maple seeds and other aerodynamic plant seeds, which have bladed wings to catch the wind and fall in a slow rotating movement. The mechanisms of children’s pop-up books were also consulted to fabricate wing shapes that buckle in a controlled way when bonded to a slightly stretched rubber substrate. It’s growing increasingly common for engineers to copy elements of nature to create objects that behave in certain ways within certain environments, a concept called “biomimicry,” but the Northwestern University engineers are ready to boast that they’ve taken their designs even further than evolution could. 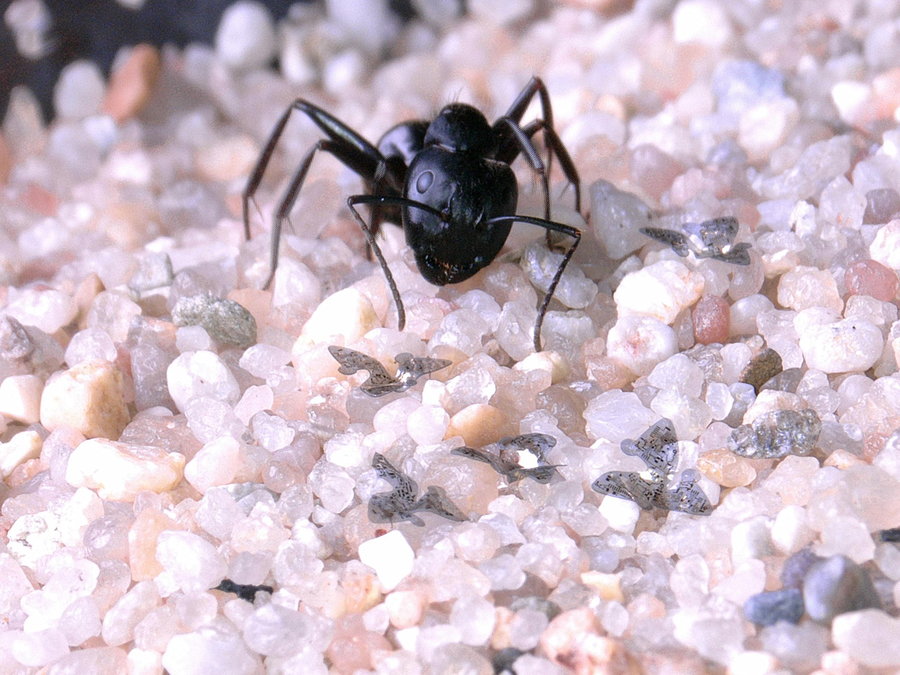 “We think that we beat nature,” Rogers says. “At least in the narrow sense that we have been able to build structures that fall with more stable trajectories and at slower terminal velocities than equivalent seeds that you would see from plants or trees. We also were able to build these helicopter flying structures at sizes much smaller than those found in nature. That’s important because device miniaturization represents the dominating development trajectory in the electronics industry, where sensors, radios, batteries, and other components can be constructed in ever smaller dimensions.” 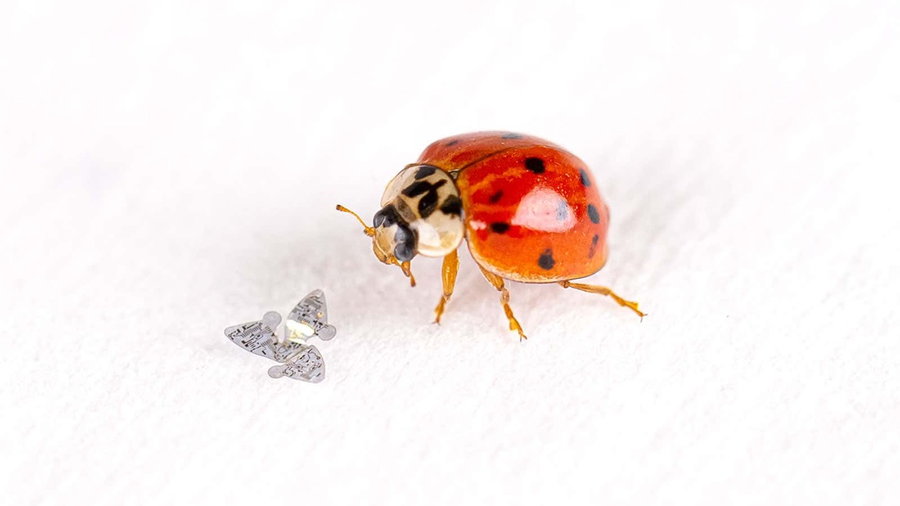 If you caught that “population surveillance” part and felt creeped out, you’re not alone. Photos show the microfliers dwarfed by tiny spiders, looking almost indistinguishable from grains of sand. Shown on a human fingertip, they’re hardly more than flakes of glitter. The idea that we could someday face surveillance technology so tiny it can barely be seen by the human eye is more than a little disturbing (because yes, our phones are already surveilling us, but at least we can shut them away in a drawer when we want to). The researchers don’t elaborate on exactly what kind of surveillance they’re envisioning, but they do go into more detail about how these tiny creepsters work in a story at Northwestern University’s news site.