Anyone who’s ever plopped down a Roomba and watched with glee as it sucked up the pet hair and debris on their floor will be psyched to learn that new robots capable of much dirtier jobs are quickly becoming available. Among the latest is Giddel, “the world’s first portable toilet cleaning robot” that actually looks a lot cuter than it has a right to as it dives into your toilet bowl, scrubbing away until its work is done. Does this mean we’ve officially entered the future? 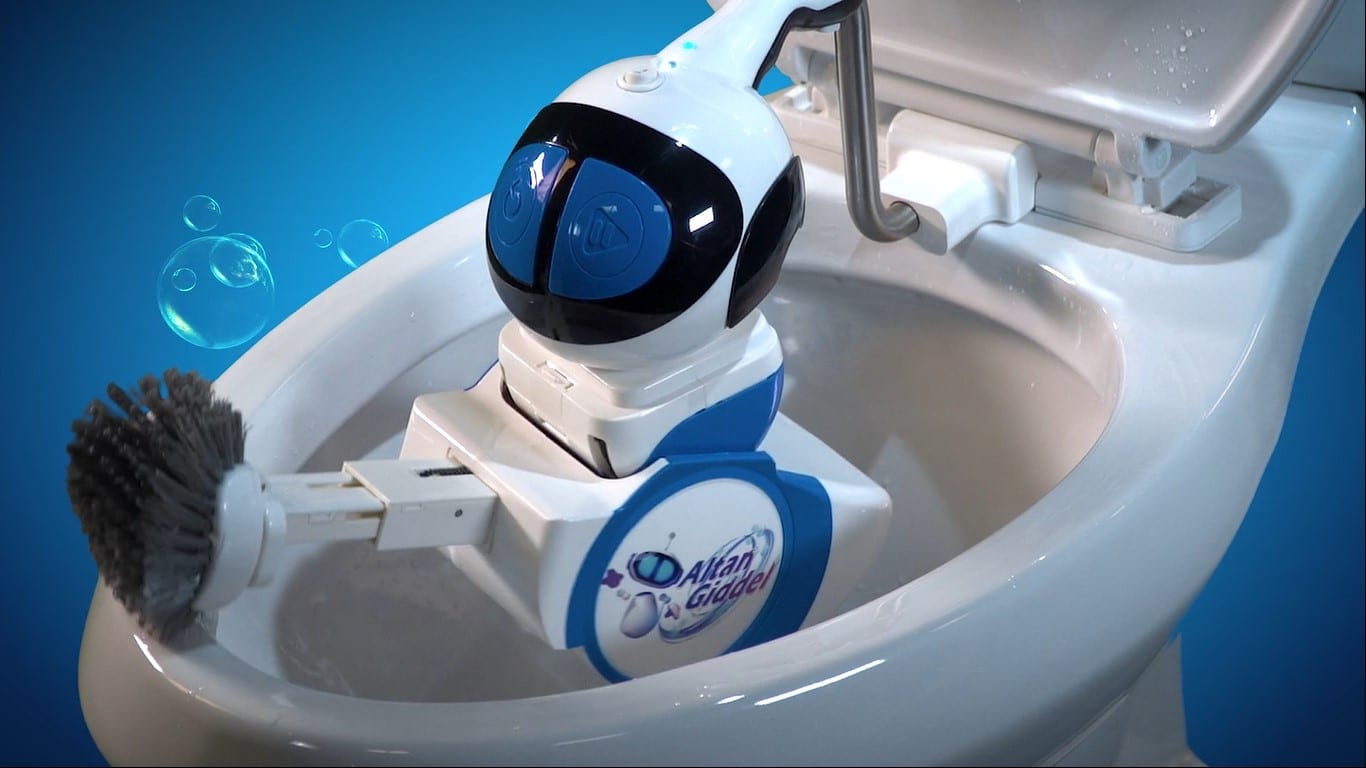 Continue reading below
Our Featured Videos
Giddel brings us just a little bit closer to making Rosie the house cleaning robot from The Jetsons a reality — minus the sass, of course. Taking in its somewhat bulky proportions, you might be wondering whether you’re just going to end up spending a lot of time disinfecting it after it does its job, especially since it clips beneath the toilet lid and sits right within the bowl. The secret, according to manufacturer Altan Robotech, lies in its splash-free cleaning process, antimicrobial plastic body, and the telescopic arm that keeps it up out of the water as it scrubs.


Designed to fit inside any standard toilet bowl, Giddel hovers just out of the danger zone and extends its arm to reach on top of, inside, and under the rim, as well as well within the bowl itself and the drain. Its “memory-touch technology” maps varying bowl shapes using advanced software, directing the arm to specific 3D coordinates in both round and elongated toilets. This process ensures that the brush reaches every last spot that needs to be cleaned, but don’t worry — the brush head doesn’t spin, so you’ll never have to worry about it flinging germs all over the place in the process.

Altan Robotech adds: “Giddel is the most advanced toilet cleaning robot on the market. It has 115 mechanical, electronic, and sensory components, making it highly intelligent and functional. Unlike other domestic service robots that have stationary bodies, Giddel possesses articulating joints that move relative to one another. This includes a robotic arm that has rotary and extendable freedom. Sensors and sophisticated software enable the robotic arm to scrub hard-to-reach areas in your toilet bowl with the exact pressure to clean it effectively and efficiently.” 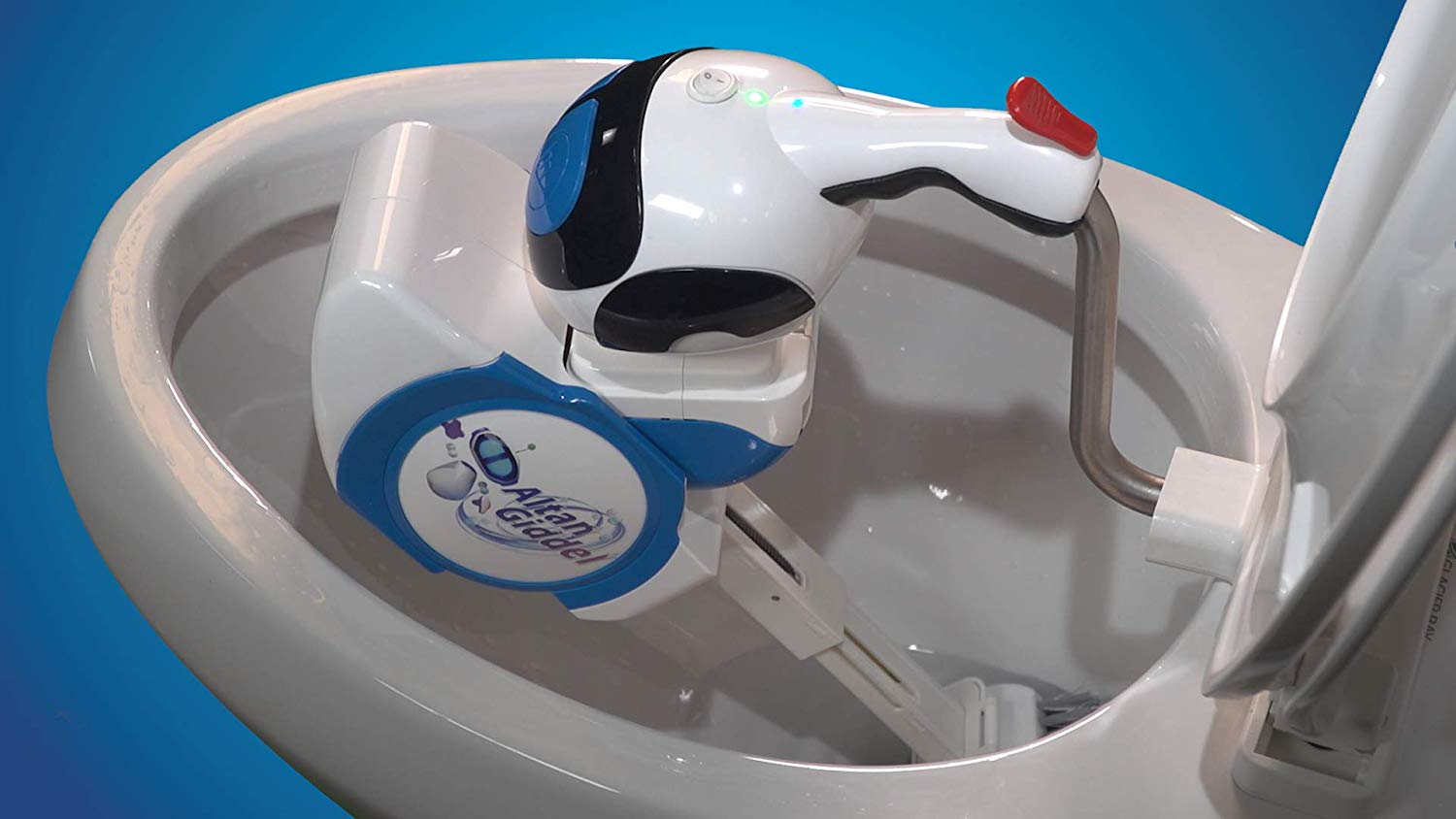 “The wet, acidic environment in which Giddel operates necessitates a superior grade of materials and components, which Altan Robotech insists upon maintaining. The telescopic arm for instance, must perform high-load work as it extends and retracts cyclically, [experiencing] tangential forces while extended during cleaning. To meet the strength and durability requirements, the pulley system and telescopic arm were reinforced with fiberglass.”

Setup only takes a few minutes. Once the mounting bracket is installed, you simply insert the robot into place. It even has a built-in reservoir and pump to thoroughly rinse out missed areas when you flush. When you’re done, just stick it back in its charging station. The one caveat to this whole bundle might be the fact that the station is on the larger side — and you probably don’t want Giddel to be on display in your bathroom, so you might want to tuck it into a closet to charge if you can. 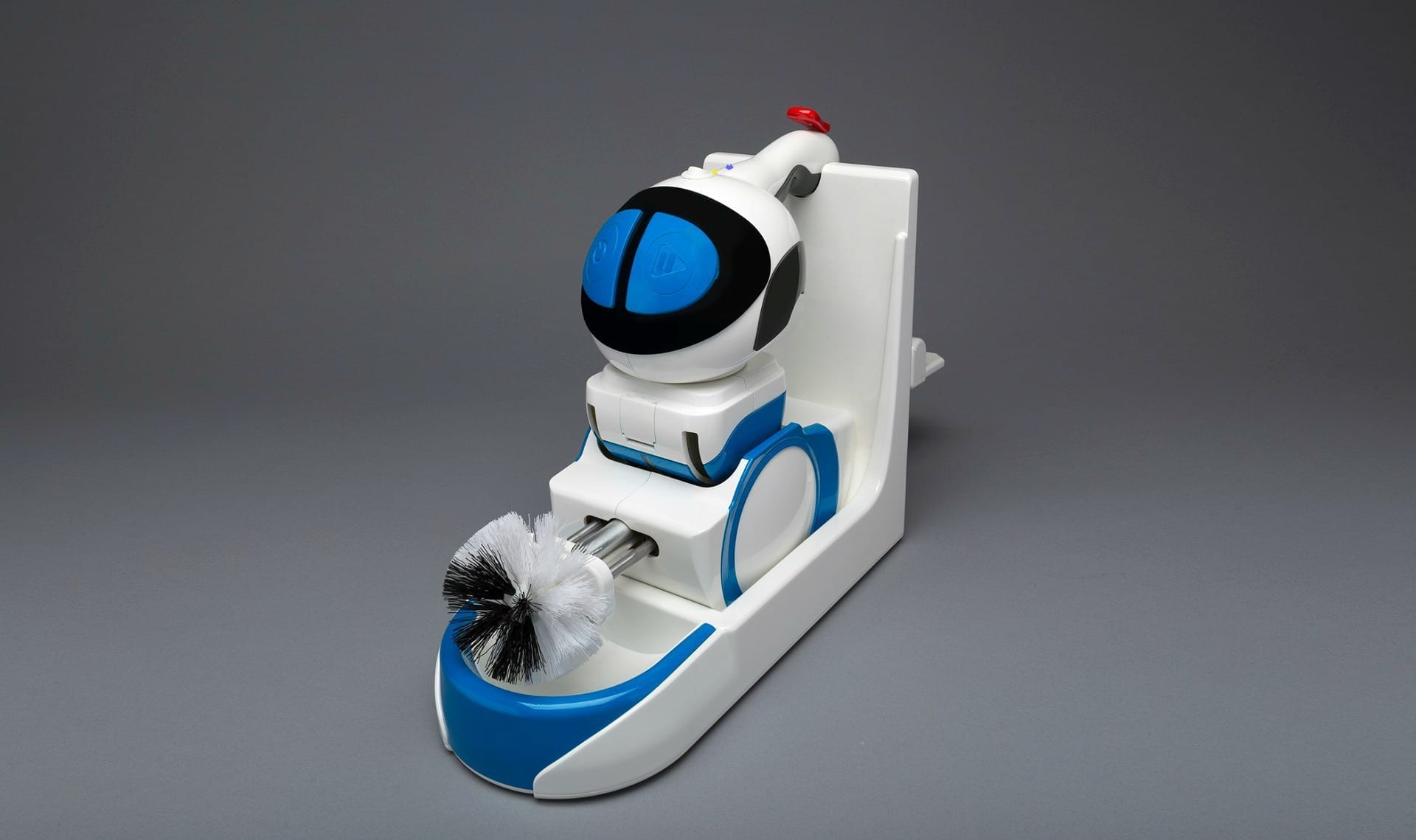 For a lot of people, cleaning the toilet is a quick and easy task, and paying a steep retail price of $499.99 to have a robot do the work just isn’t worth it. But if you’re the squeamish type, Altan Robotech notes that over time, the cost of Giddel becomes less than that of hiring a maid, and it’s covered by a one-year warranty, to boot.