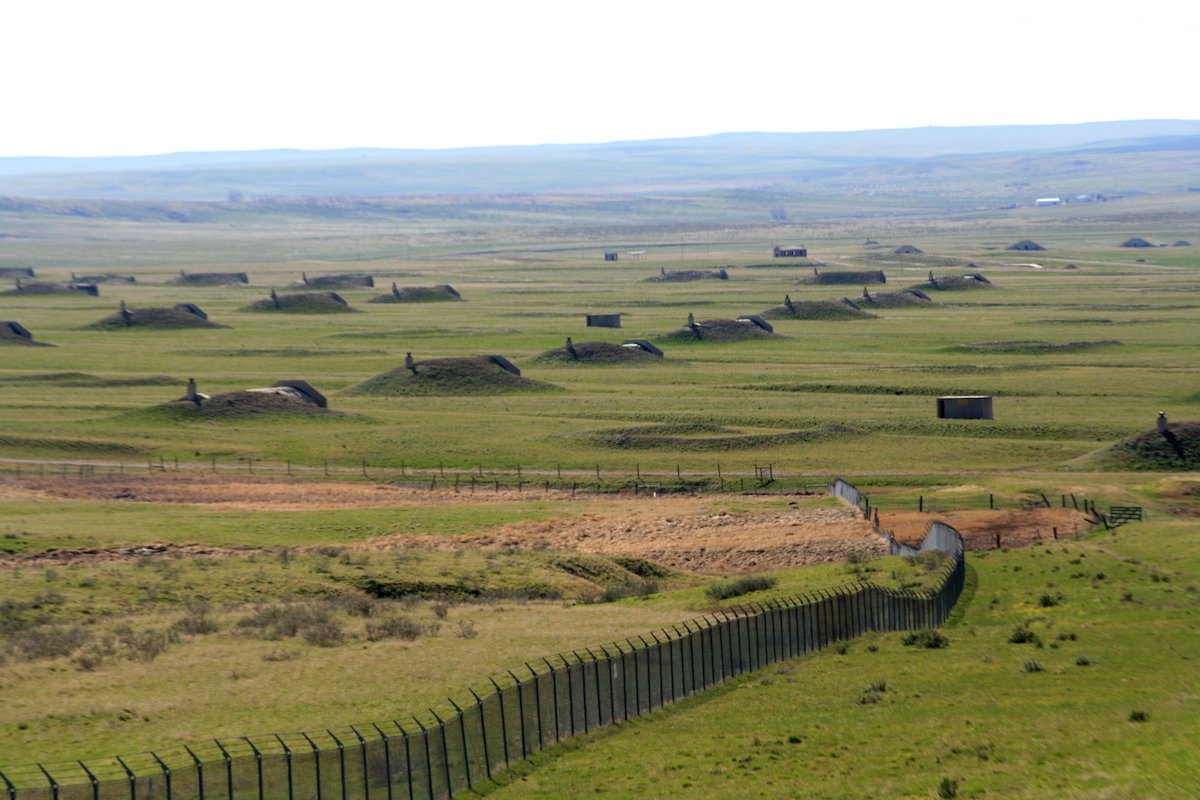 From the description alone, you might get the wrong idea about this unusual neighborhood in a remote area of South Dakota: green-roofed dwellings sit in orderly rows amid a lush green field with views of hills in the distance, promising safety and security to your family in uncertain times, and rent is only $1,000 per year. But take a closer look at The Vivos Group’s “xPoint” and you’ll start noticing the prison-like barbed wire fences, lack of windows, heavy-duty doors, and military-style ID numbers painted on the concrete facades.

This is no swanky subdivision, but rather a former military fortress built by the Army Corps of Engineers in 1942 to store explosives and munitions. There are no internal rooms or surface treatments. There’s not even electricity, water, or sewage. Yet, Vivos hopes that hundreds of well-to-do families will make an investment in the property and pay to have the bunkers converted into luxurious residences for the post-apocalyptic lifestyle. 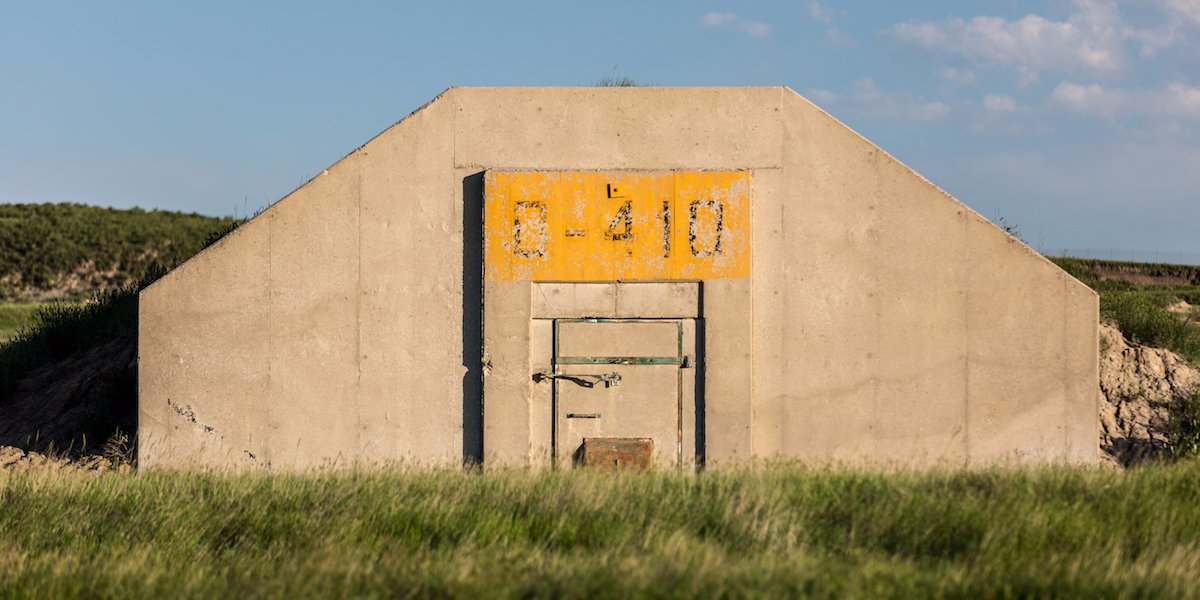 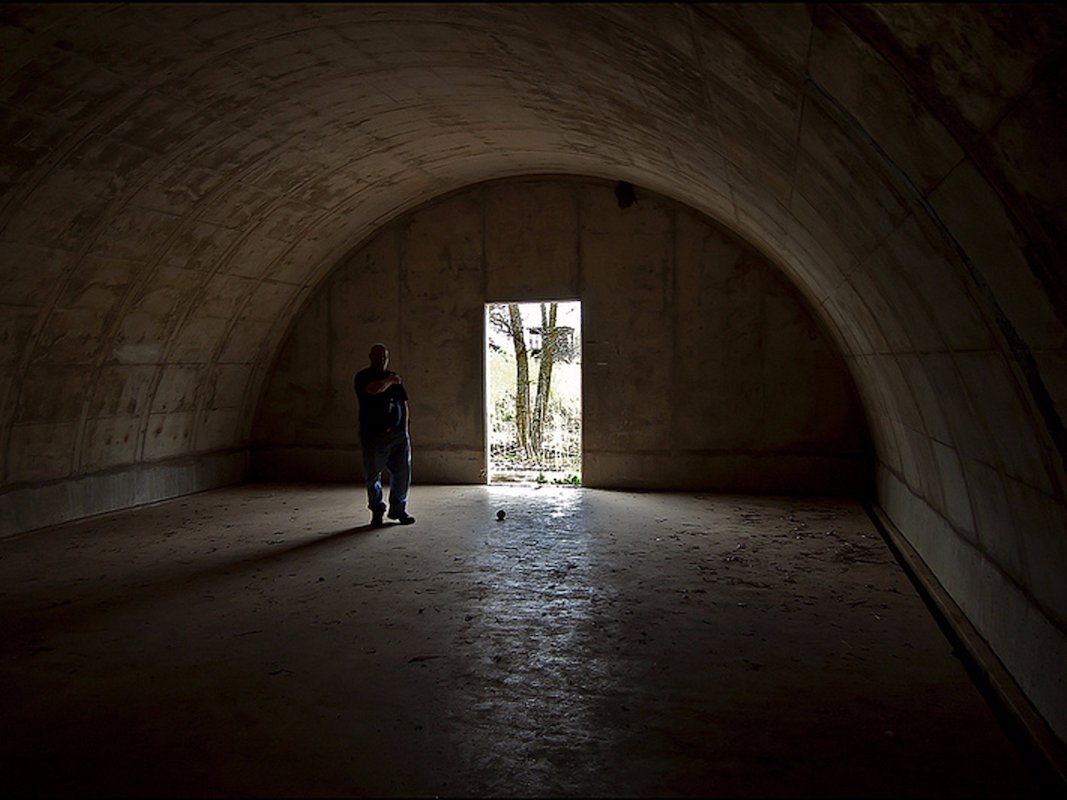 The California-based company is known for building and maintaining fortified shelters for millionaires and billionaires, and xPoint is its latest endeavor, billed as the largest private shelter community on earth. Nobody lives there just yet, but it’s capable of housing up to 5,000 people in 575 bunkers, each able to withstand a 500,000-pound blast. Nuclear war? No problem, as long as you don’t mind staying inside virtually forever.

Each shelter is about 26 feet wide and either 60 or 80 feet long, enabling them to be subdivided into as many rooms as you like. How you lay out the interior is entirely up to you, as once you’ve paid the $25,000 deposit, you’ll be solely responsible for making the space livable. That will include paying roughly $12,000 for a new blast door seal and interior lock, exhaust and air vents, fuel tank, wiring, plumbing, hot water heaters, a septic system, and the all-important escape hatch.

The rest of the “optional” construction—meaning anything beyond the concrete shell and basic components named above – will start at roughly $20,000. Each bunker fits up to ten people comfortably. In the renderings, the bomb-proof bunkers are shown outfitted with every modern comfort you can imagine, including home movie theaters and LED screen “windows” to provide the illusion that everything outside is totally fine, and the world is as beautiful and safe as ever. 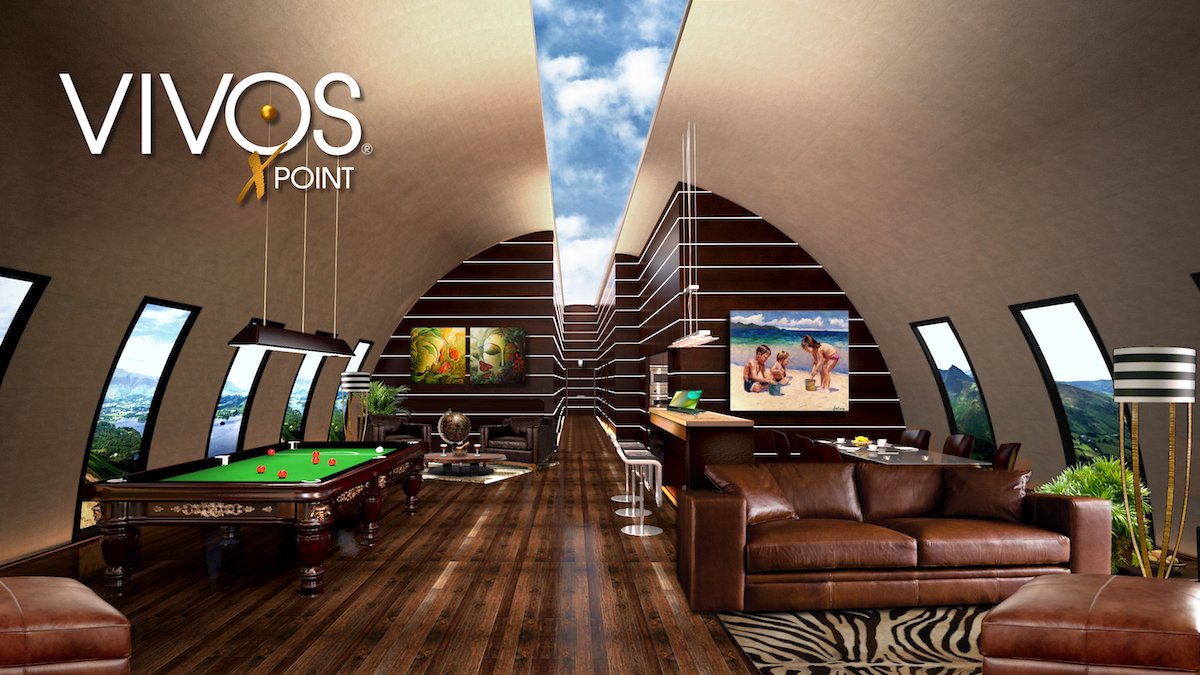 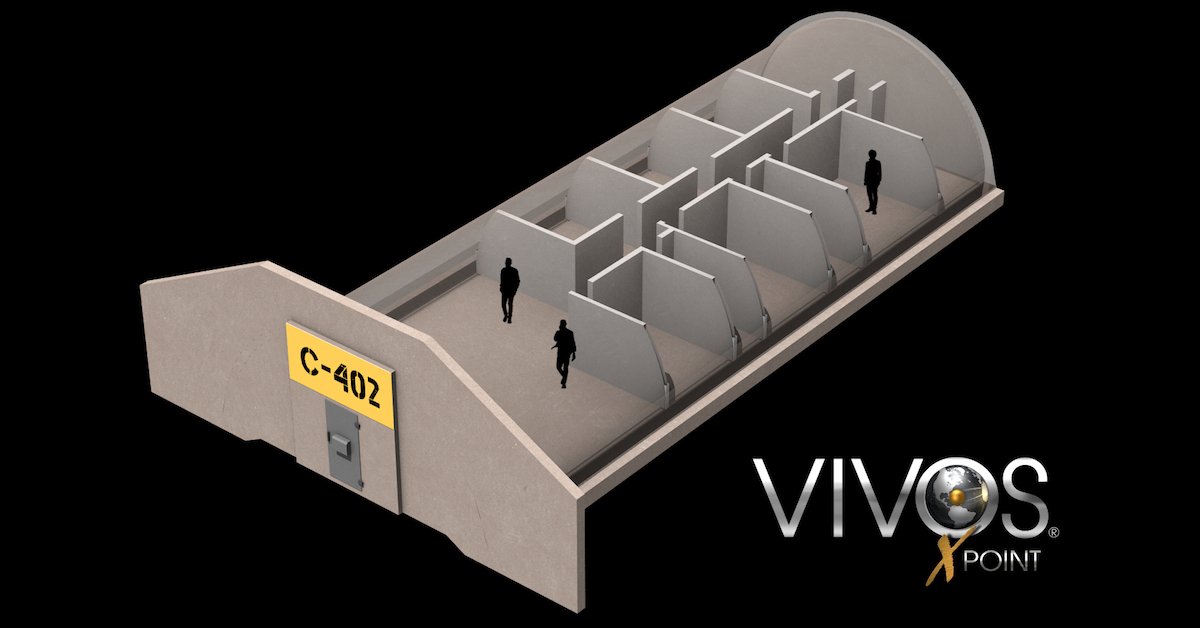 Vivos doesn’t provide much other than the land itself, though they’ll have a full-time staff around to provide maintenance and security and run a general store. Security features include military-trained guards, camera systems, and members-only access gates. They hope the development will ultimately be home to “like-minded survivalists,” noting that there’s safety and security in numbers.

Presumably, once you’ve put the cash and energy into filling your own personal survival bunker with the kinds of furnishings you’d want for the end of the world, you could take regular vacations out there to “practice” and feel like you’re getting your money’s worth. The property itself is an off-grid area covering about 18 square miles, located one hundred miles or more from the nearest known military nuclear targets.

Check out more details and sign a 99-year lease over at Vivos.