When it came time for filmmaker David Gordon Green to design his ideal NYC loft, he naturally wanted to get creative. With a “tornado of ideas” about how he wanted to proceed, he decided to team up with acclaimed designer Joseph Lembo, himself renowned for his inventiveness and forward-thinking approach to both colors and textures. But it was Lembo’s ability to seamlessly blend styles that made him exactly the right man for the job when it came to Green’s vision. 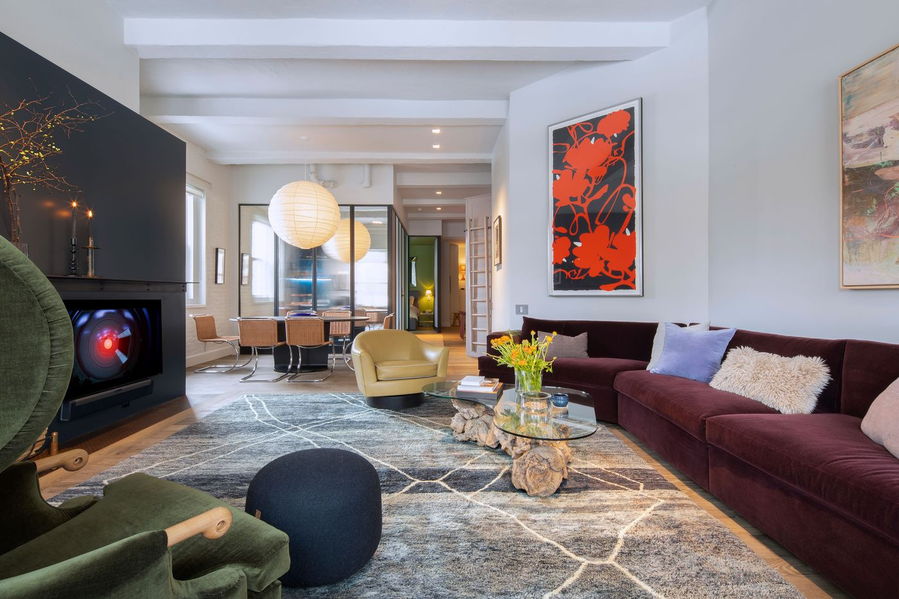 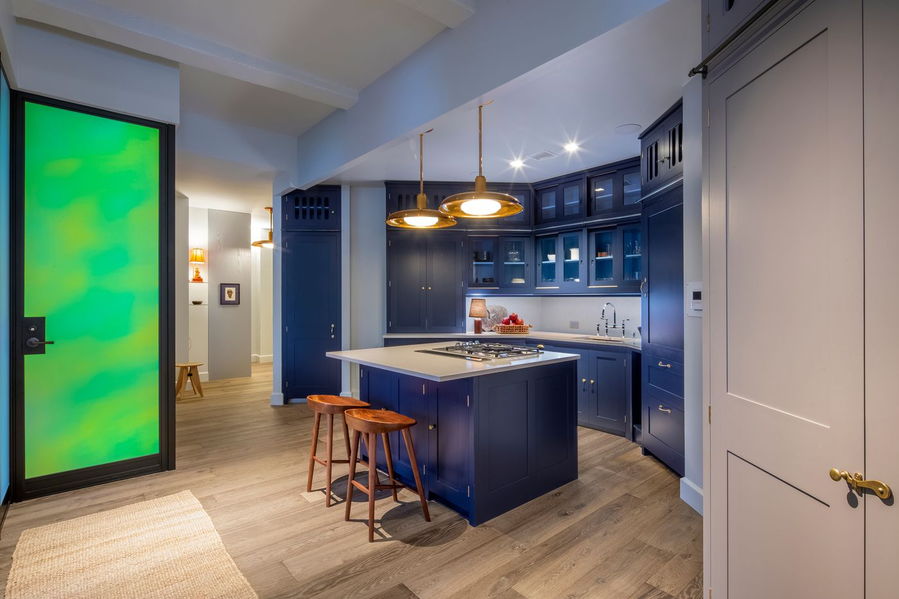 Green, known for directing such movies as Pineapple Express, Joe, and the 2019 remake of Halloween, found the 1,250-square-foot loft shortly after the release of Halloween and was bursting with ideas of how he wanted his new place to look. Enter Lembo —familiar with the building where Green’s loft had sat untouched for over 30 years, and, most importantly, a lover of cinema. 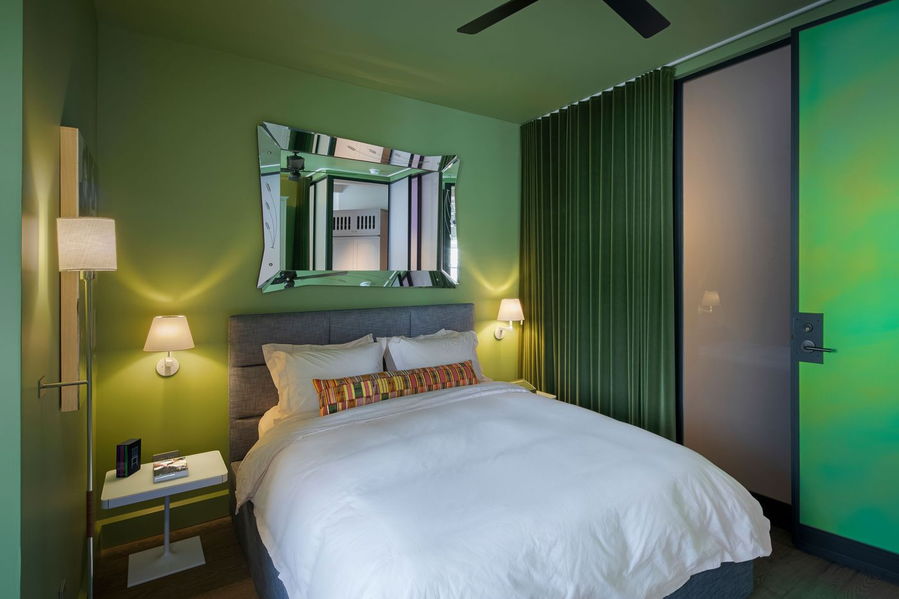 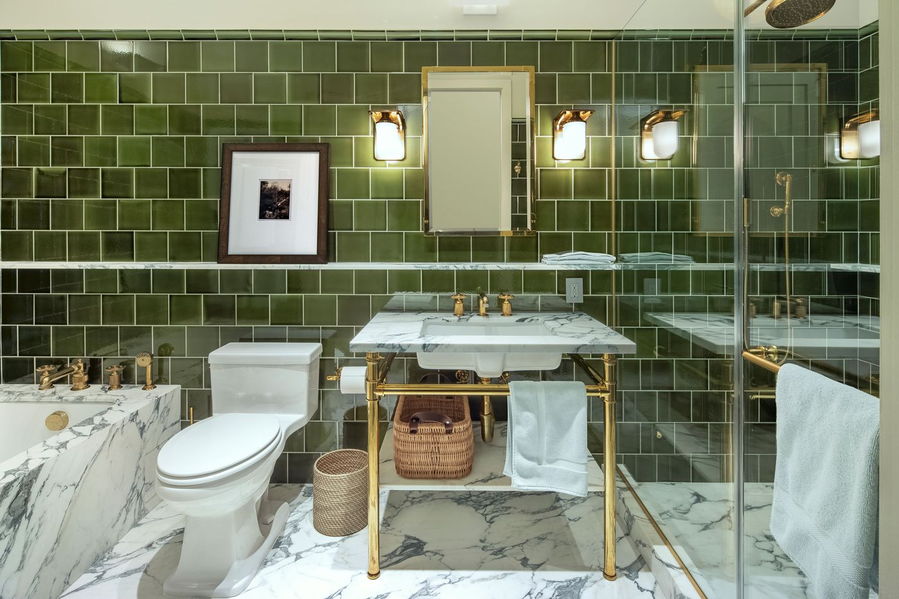 Their connection was immediate. Green describes himself as “[being]…drawn to that weird place where nature and industry meet,” a sentiment no doubt inspired by the overgrown, dilapidated buildings found in the Arkansas and East Texas neighborhoods of his childhood. He’s also drawn to Stanley Kubrick, an iconic director known for his distinctive sets that pushed the limits between reality and sensory overload, often with the help of saturated colors and mind-bending twists. Though Kubrick’s films run the gamut from dystopian to satirical, what inspired Green and Lembo initially was one of late director’s most well-known movies: 2001: A Space Odyssey. 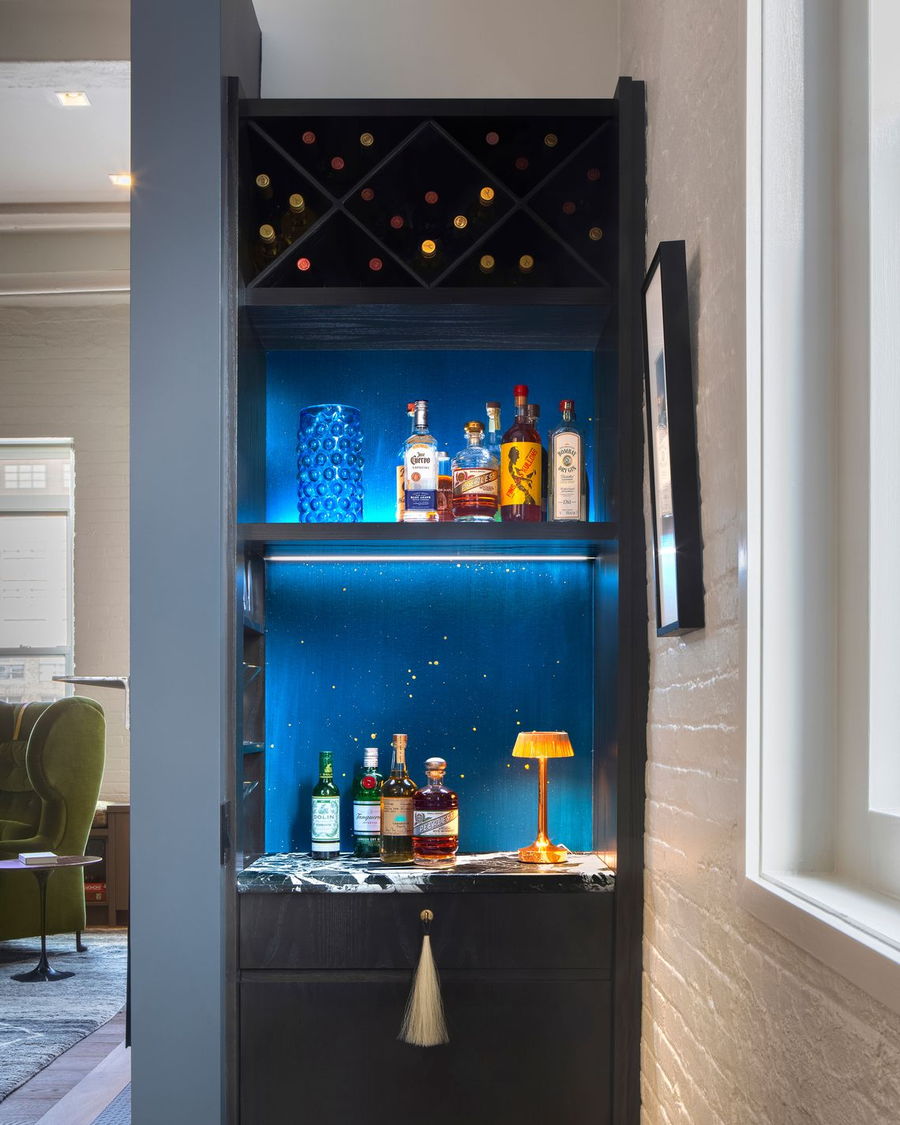 What emerged was a spacey vibe underscored by lots of steel and glass, changing colors throughout the day to create a fantastically futuristic environment that’s still approachable and comfortable. The spaciness doesn’t create a feeling of alienation; rather it acts as a pleasing contrast to the otherwise plush and cozy home.

The living room is the epicenter of the Kubrick-inspired decor, with a fireplace wall that evokes the shape and look of the distinctive monolith from 2001. Lembo explains that they “approached it like a floating plane.” And truly, it does seem to almost hover, as it both dominates the room yet somehow complements it perfectly. 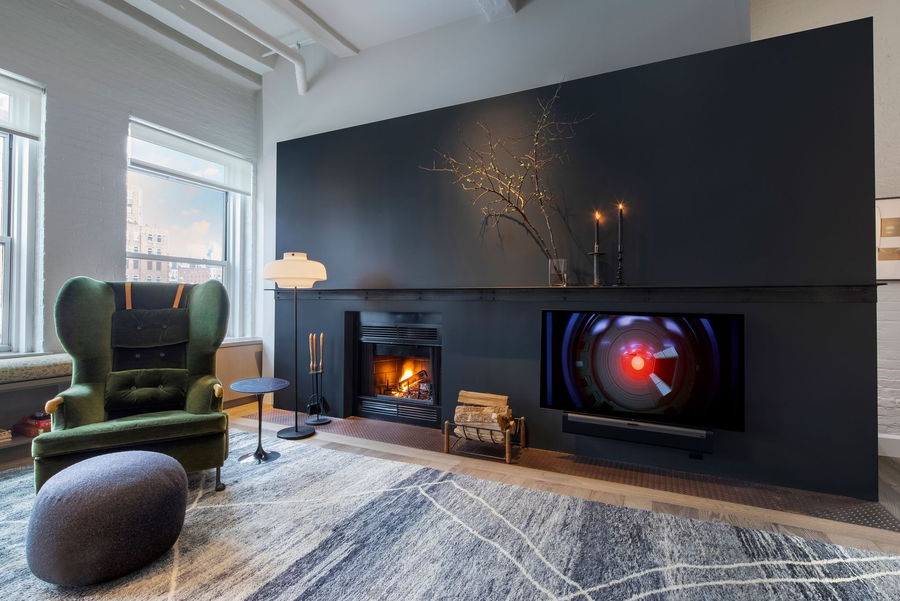 This may also have something to do with the room’s distinctive wall prints, the 20-foot long deep-plum colored sofa, or the kitchen mirror reflecting a spacey round light to create the illusion of depth – which itself bears an odd resemblance to the same film’s “Discovery One” spacecraft.

The second bedroom, which “looks like an escalator mall in the ‘80s,” according to Green, is replete with dichroic glass that appears to shift in color throughout the day. Pinks, oranges, and shades of green shine through like magic, further completing the futuristic vibes that permeate the rest of the apartment – sometimes more subtly, like the wavy mirror above the main bedroom’s bed, and sometimes more obviously, like the kitchenette that resembles a spaceship enclave with its small, square cabinets and sharp, angular corners. 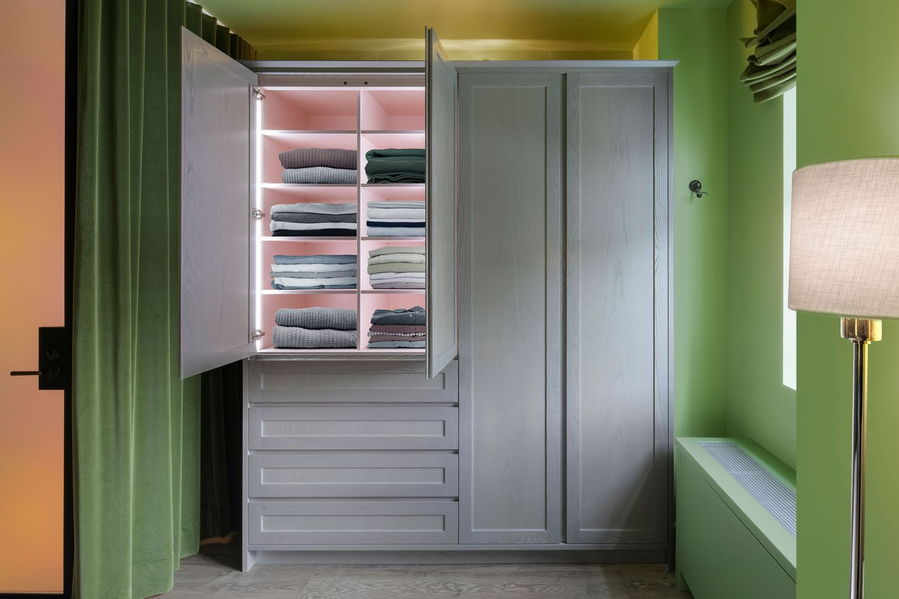 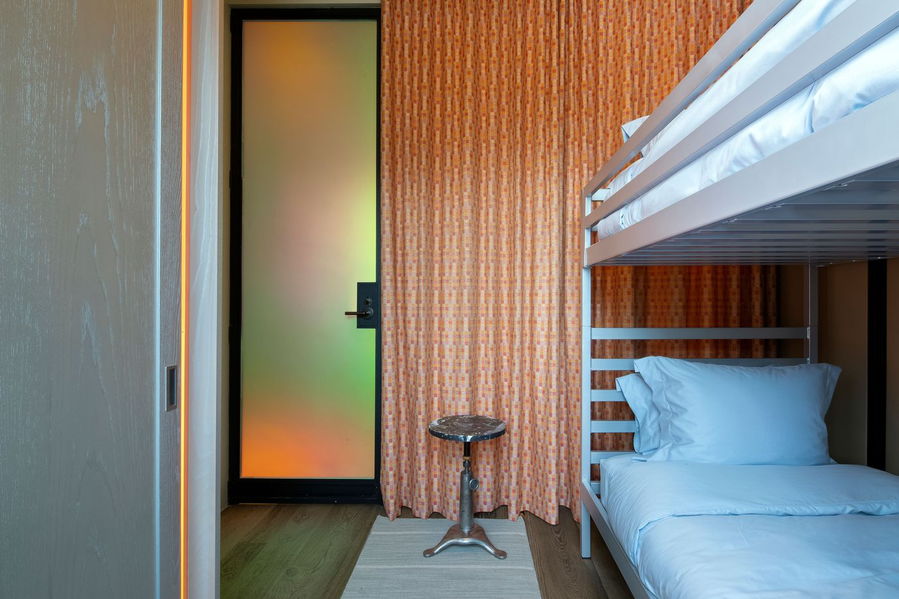 Green admits to telling Lembo, “Let’s go too far and see what’s realistic.” And Lembo, himself an imaginative, intrepid designer who likes to play with shapes and colors, was all too happy to oblige. The result is a spacey NYC retreat where Green can recharge, “write, listen to music, read, cook, and rest.” In other words, a home that even HAL 9000 would approve of.