Science fiction has helped us picture the future in many different ways already – but never quite like this. New research suggests humans might someday morph into bionic octopus-like beings, possibly sporting extra prosthetic fingers and limbs to aid in daily tasks. 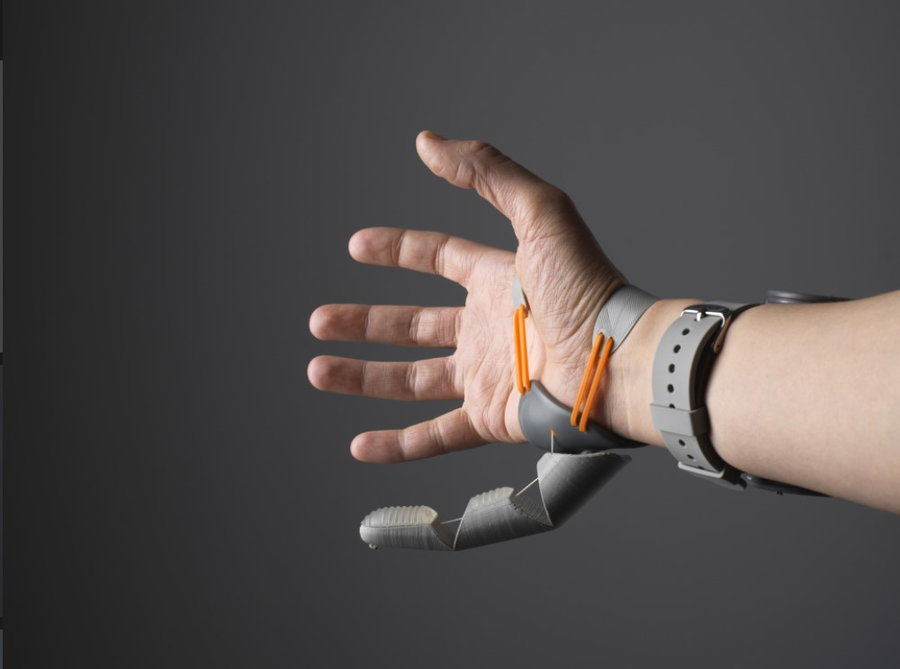 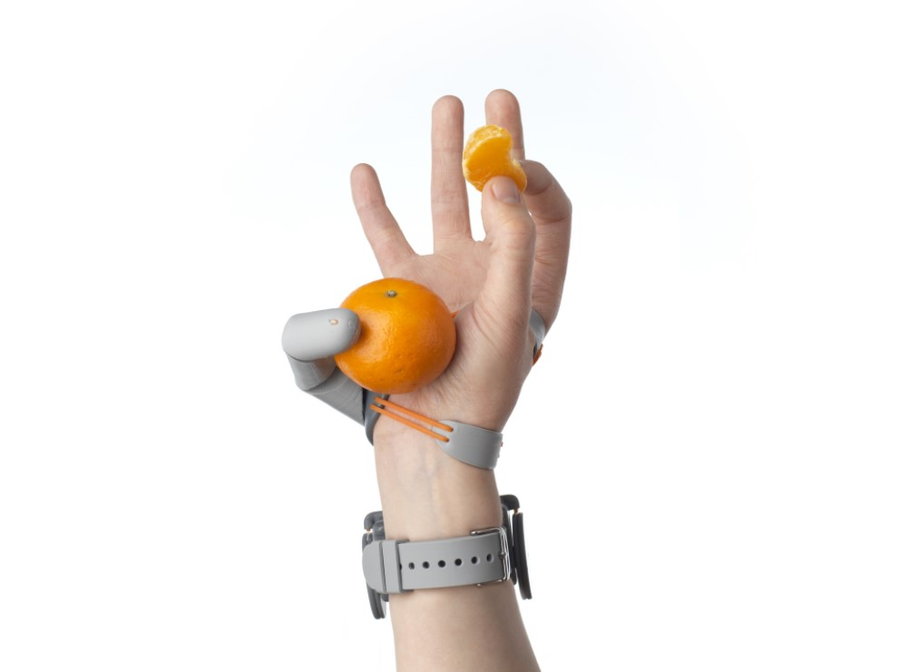 As part of an award-winning graduate project at the Royal College of Art, designer Dani Clode invented a mechanical “Third Thumb” to see if the human brain could incorporate a bonus digit. The idea got her invited onto a neuroscience research team at University College London, where the theory was put to the test. 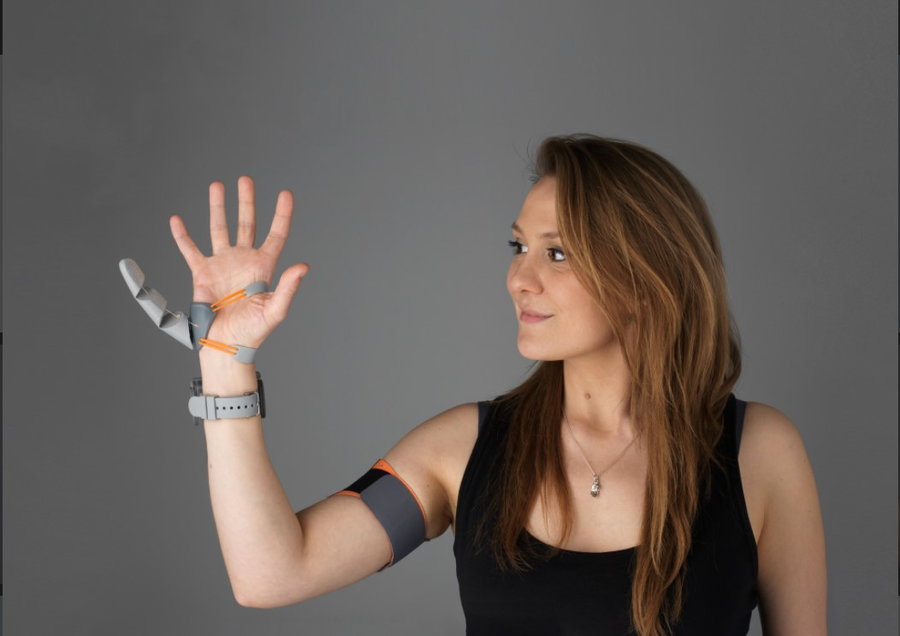 The 3D printed, customizable Third Thumb was worn on the hand next to the pinky finger. It was controlled via pressure sensors attached to the wearer’s feet, under the big toes. Using Bluetooth technology, the sensors wirelessly connect to the extra digit, sending directions that vary based on subtle pressure changes from the toes.

Over the course of a week, during which wearers got several hours of daily training in a lab and several more hours of at-home practice, the study revealed that users easily learned to control the extra thumb, using for it for things like holding mugs, carrying multiple balls, and even blowing bubbles from a container one-handed. 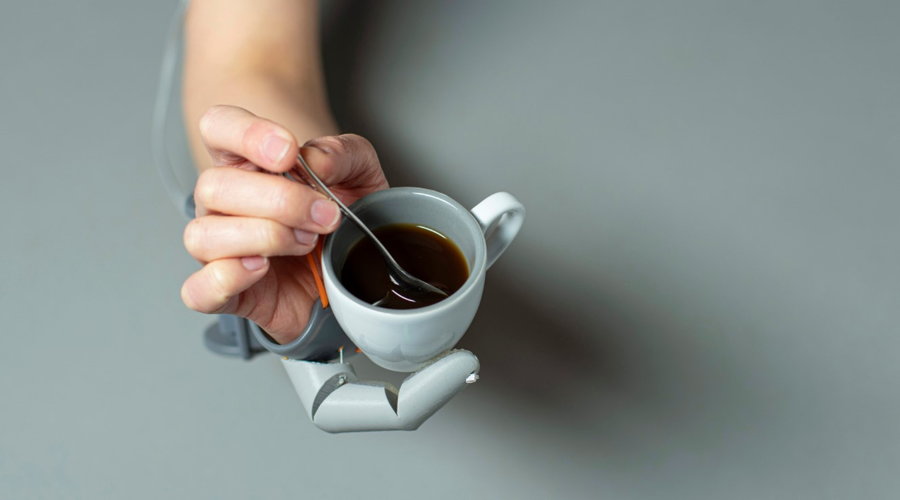 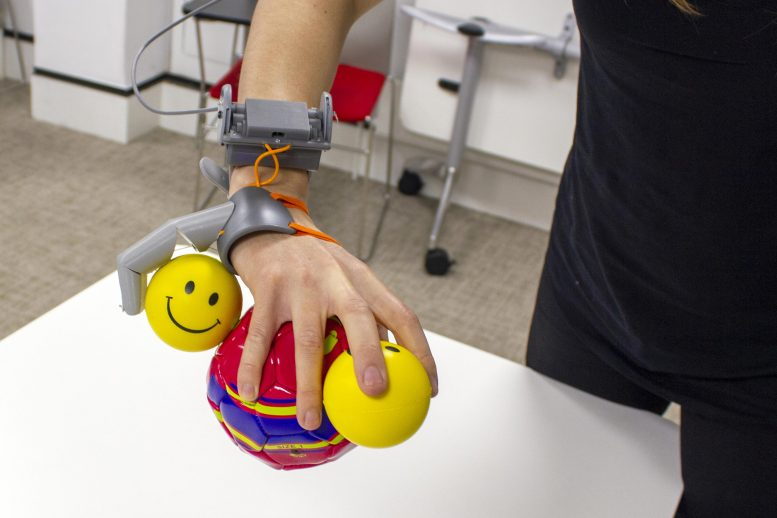 Participants adapted so well they were even able to use the Third Thumb while multitasking, like building a wooden block tower while doing a math problem.

“Our study shows that people can quickly learn to control an augmentation device and use it for their benefit, without overthinking,” Clode explains. “We saw that while using the Third Thumb, people changed their natural hand movements, and they also reported that the robotic thumb felt like part of their own body.” 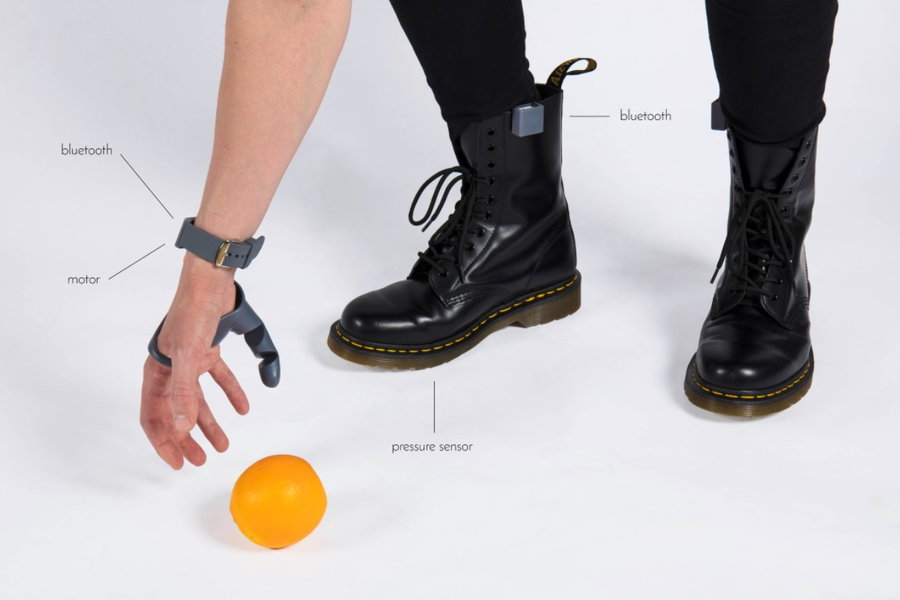 Taking fMRI brain scans before and after the training, researchers found that subtle changes had been made in the way the brain represented the augmented hand in the sensorimotor cortex. A week after the study concluded, more fMRI scans were taken showing those changes had reversed back to their original scans, suggesting the brain adaptations are reversible.

The implications of the Third Thumb research could be life and even species-altering. 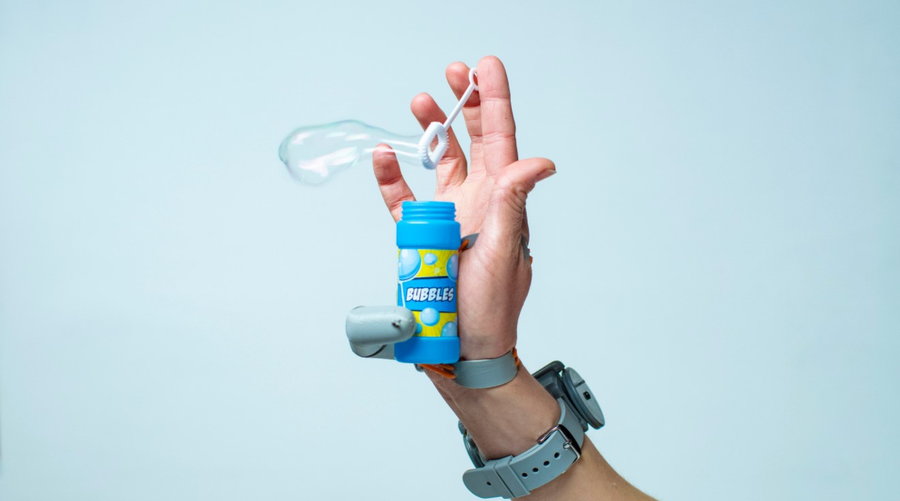 “Body augmentation could one day be valuable to society in numerous ways, such as enabling a surgeon to get by without an assistant, or a factory worker to work more efficiently,” says Paulina Kieliba, study co-author and researcher at the UCL Institute of Cognitive Neuroscience. “This line of work could revolutionize the concept of prosthetics, and it could help someone who permanently or temporarily can only use one hand, to do everything with that hand. But to get there, we need to continue researching the complicated, interdisciplinary questions of how these devices interact with our brains.”

Clode hopes that her design will help people change their perception of what prosthetics are and can facilitate. 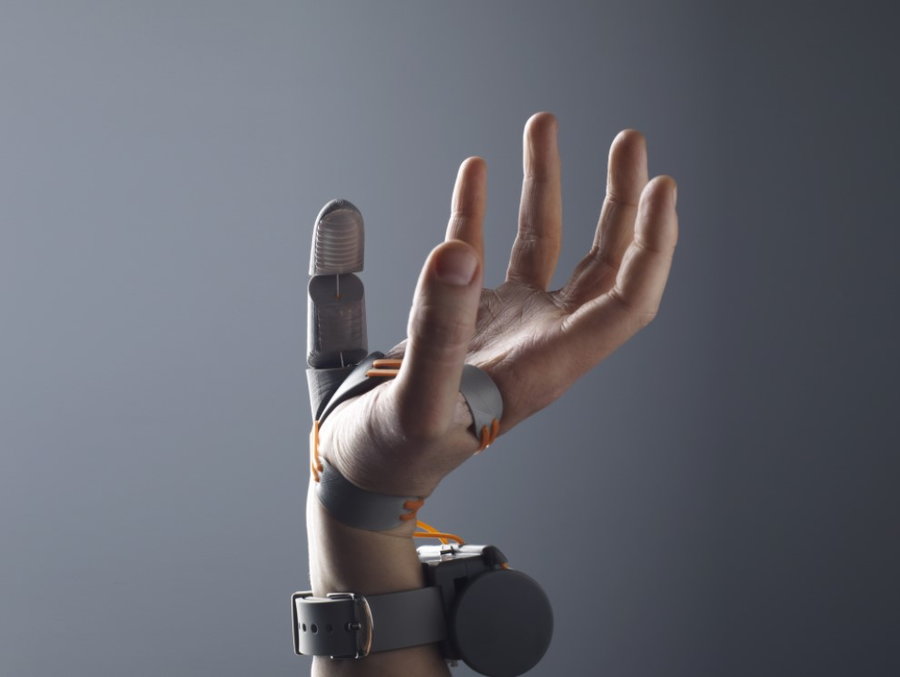 “The Third Thumb instigates a necessary conversation about the definition of ‘ability’. The origin of the word ‘prosthesis’ meant ’to add, put onto’; so not to fix or replace, but to extend,” she writes on her website. “The project is inspired by this word origin, exploring human augmentation and aiming to reframe prosthetics as extensions of the body.”