A new campaign on Kickstarter gives you the power teleport an African child to school by purchasing a solar-powered flashlight. 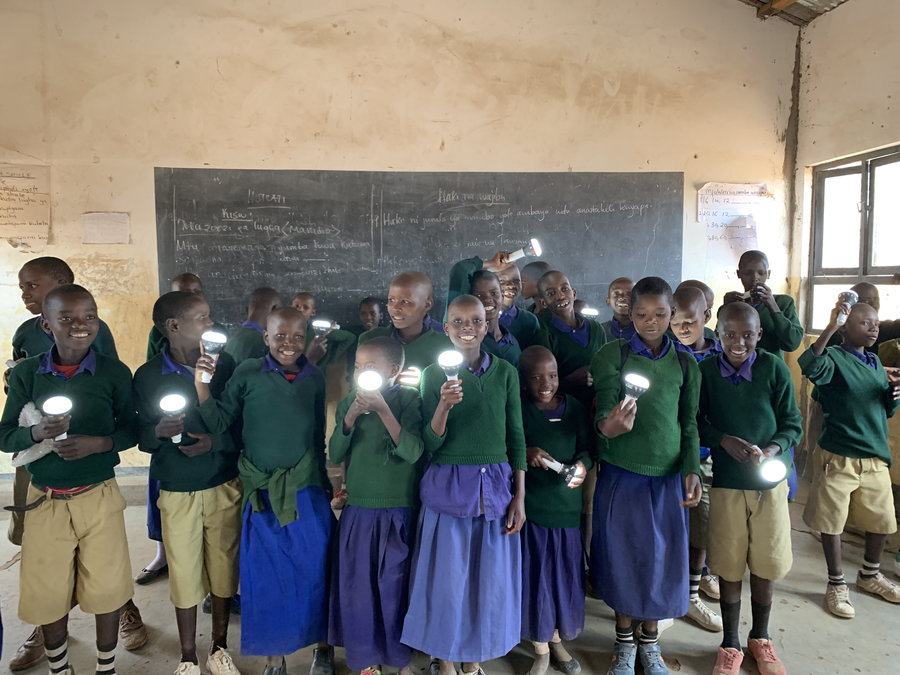 While there may not be any actual science-fictiony teleportation involved here, the concept of melding technology and design to further third-world education is very forward-thinking. Called “Solar Cow,” the initiative has been making formal learning possible for children in the most poverty-stricken regions of Africa since 2018.

Developed by Korean designer Sung Un Chang and her solar firm Yolk, the aim of the program is to decrease child labor rates around the globe by incentivizing poor parents to send their kids to school. According to data from the United Nations education body UNESCO, roughly 262 million children worldwide between the ages of 6 and 17 do not attend school. That works out to one in every five children on the planet.

After looking into the issue, Chang found that most of those children are kept home to help with chores and support the family income. In places like rural Kenya and Tanzania, for example, parents need their children’s help to tend cattle during the day. 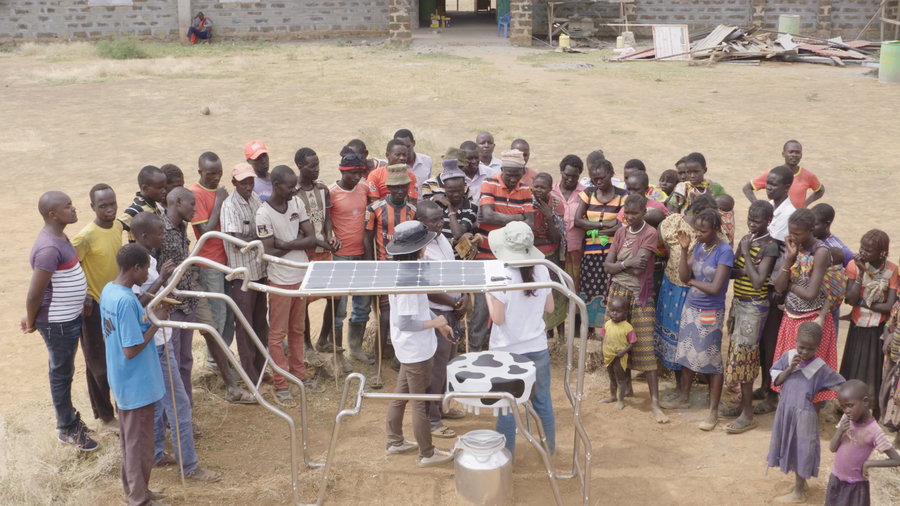 First installed in Pokot, Kenya, where between 40 and 60 percent of residents never complete a single level of education, the Solar Cow is a charging station artfully crafted in bovine shape. Each student attending the school is given a 2,900-mA power Solar Milk battery that plugs into the station’s udder slots and extracts power from the sun. Students then retrieve the fully-charged batteries (holding about $1 worth of electricity) at the end of the instruction day. The charger is then brought home, where it can be used to charge 2G cell phones (adults often have to travel long distances to charge their devices at expensive electronics shops) and also have enough power left to be used as an LED flashlight, providing up to six hours of light each night for the family. As 15 percent of the average Kenyan family’s budget goes to energy costs, these batteries can free up resources, reducing the need for child labor. 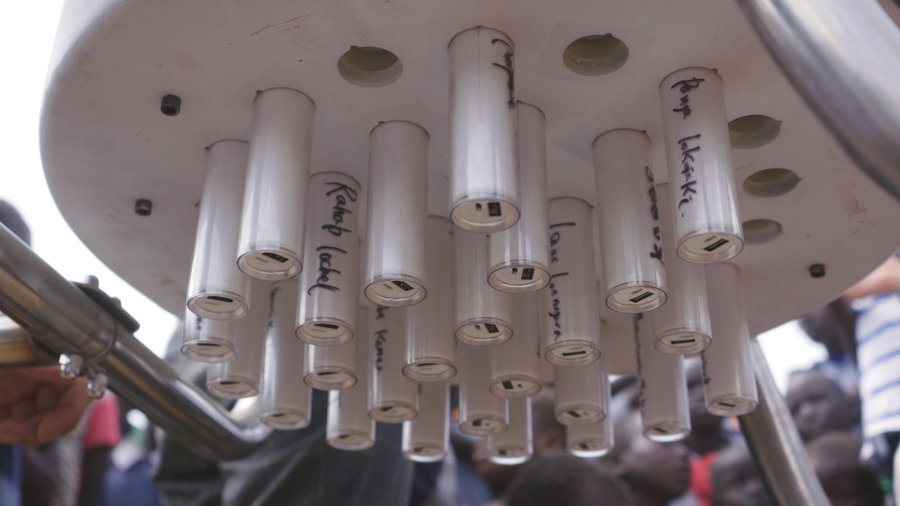 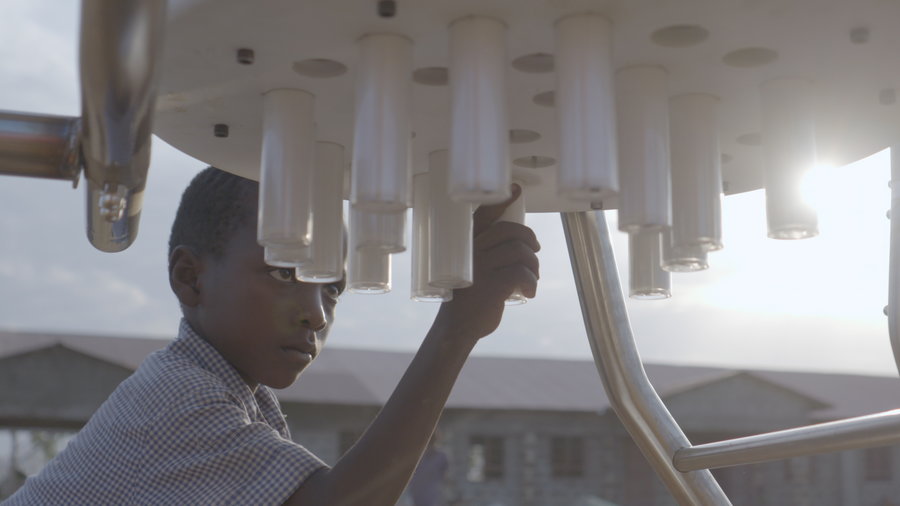 Chang realized getting parents on board was the key. “All of this is about how we persuade parents to send their kids to school,” she explains, noting that creating a “tangible” benefit of education was of paramount importance here. “If the value is similar or more, then they’re willing to send their children to school rather than the workplace.”

The idea worked well enough that two more Solar Cows have since been installed: another in Kenya and one in Tanzania. This latest campaign is aimed at putting more in the Zanzibar and Kigoma regions of Tanzania, some of the poorest and least educated parts of the world. 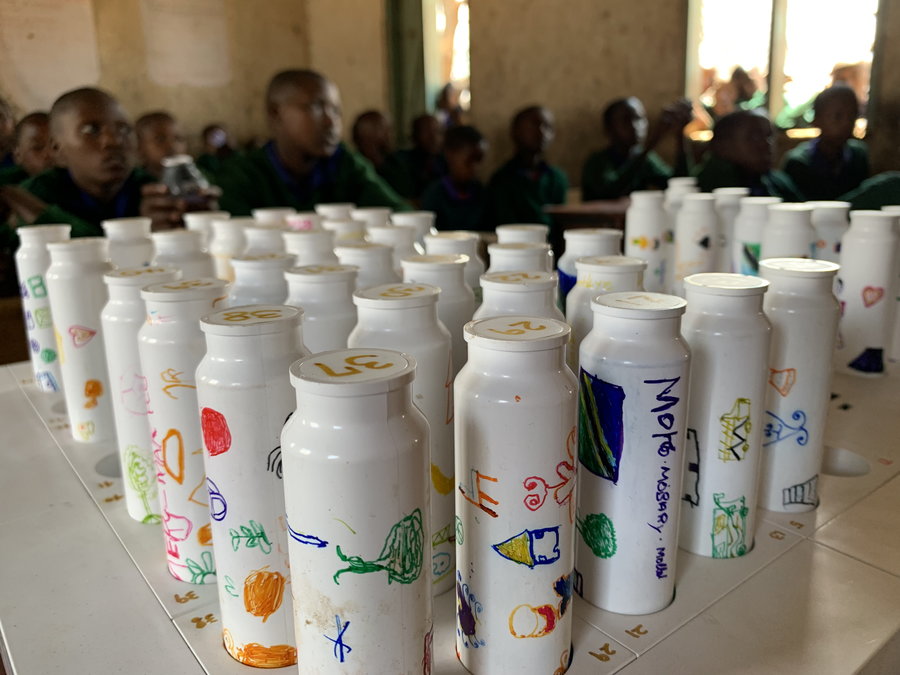 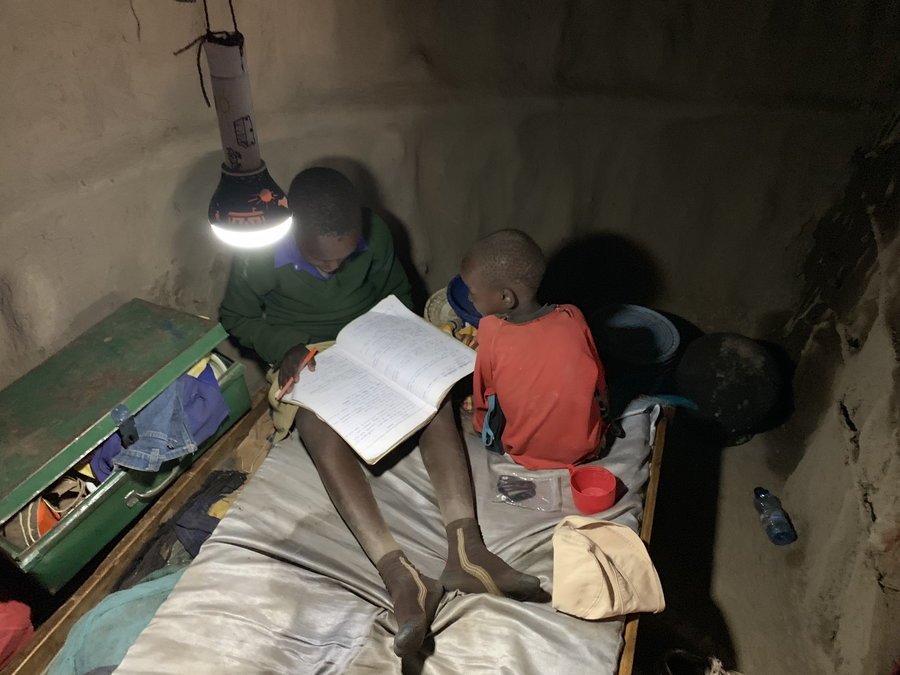 Yolk plans to make the program sustainable by requiring each family to pay $1 a month to allow their kids to charge the batteries at school. That money will make sure the parents have “skin in the game” while also providing funds for system maintenance and the replacement of Solar Milk batteries every two to three years. Additionally, they will generate salaries for local solar technicians to operate and maintain the cows. 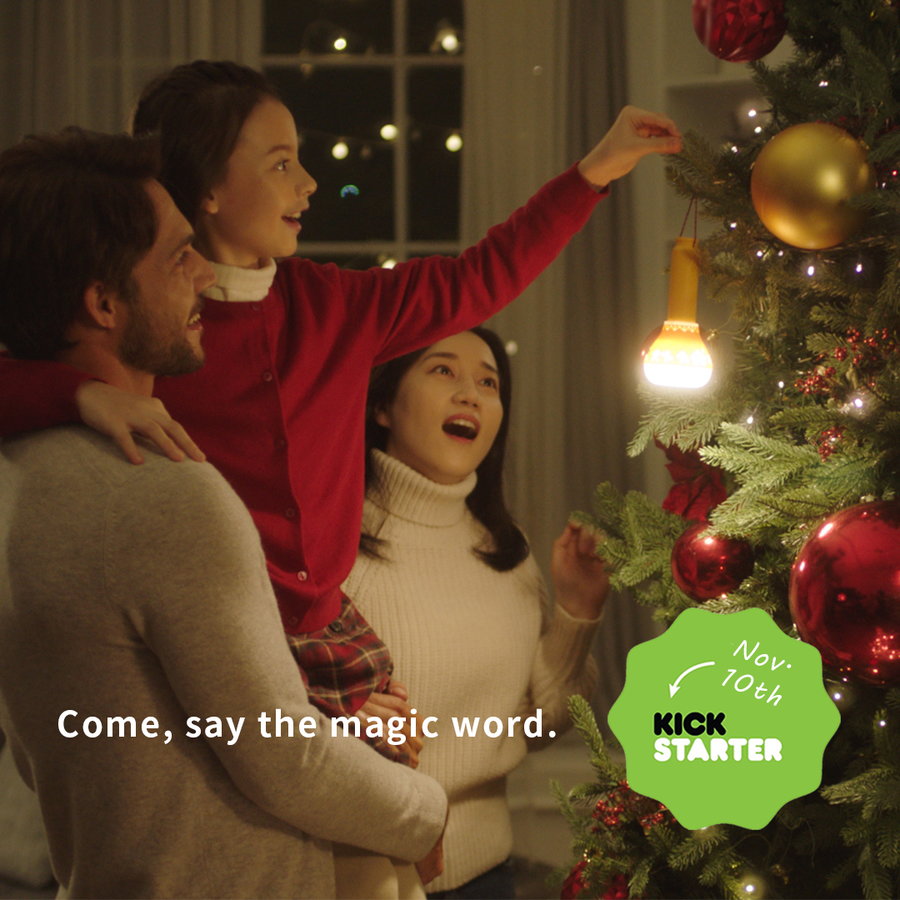 Here’s how the new Kickstarter campaign works: Backers can pledge $28 to buy a solar/USB battery that doubles as a cute flashlight. Each purchase will also buy a Solar Milk charger for one child in Africa. Those who choose the Give+data option will get a unique code that corresponds to one of those African chargers. Backers can then log on to Solar Cow’s data site to track how often that battery gets plugged into a Solar Cow, and by extension, how often that specific child attends school. The tracking feature helps provide accountability, allowing backers to see the good their charitable dollars are doing.

At the time of writing this article, the campaign is more than 228 percent funded with about a month left to go. 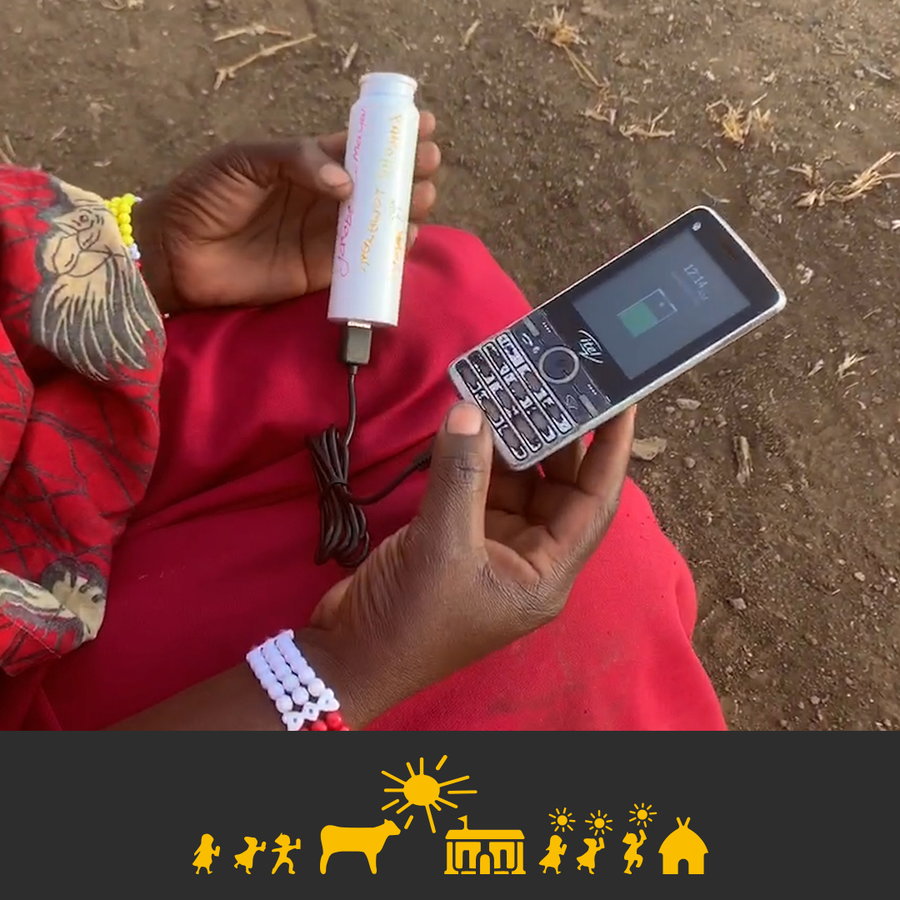 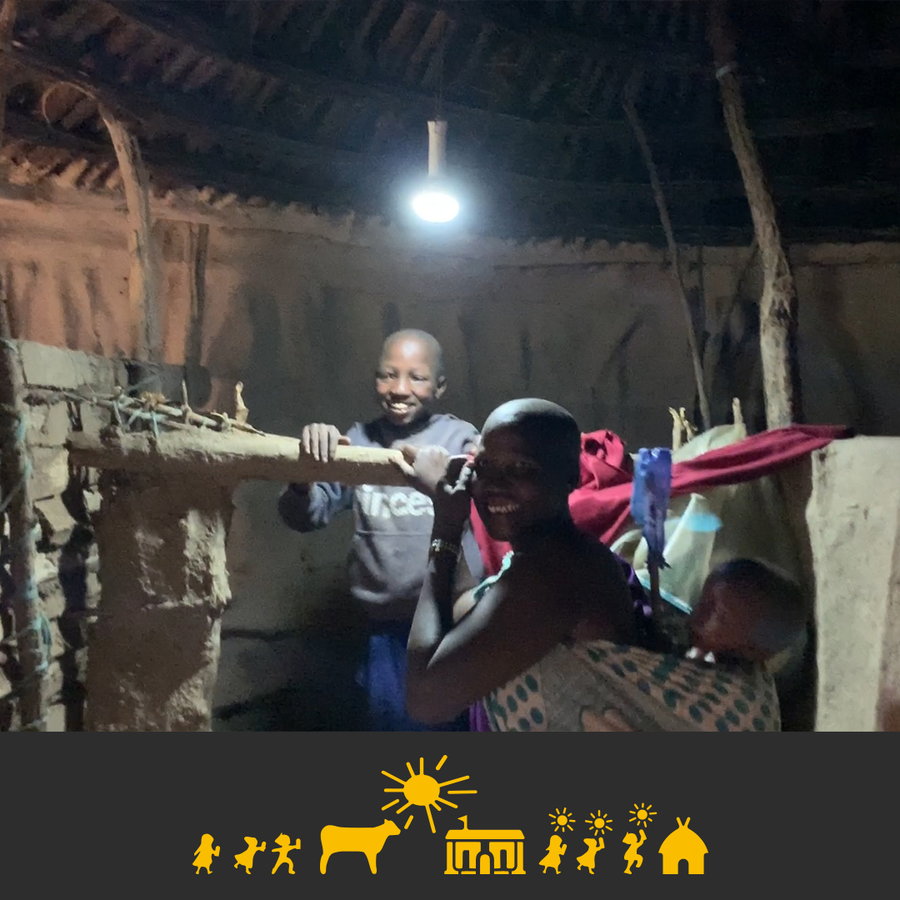 Chang, whose previous Solar Paper campaign raised more than $1 million, hopes that the success of the Solar Cow initiative will encourage more designers to team up with other industries to solve the world’s problems. She notes that “the synergy of diverse fields such as science, politics, and anthropology when confronted with the intuition and creative perspectives of designers will be very surprising.”