In September 2020, three brand-new sculptures installed in Florida cities all melted away in less than a week. And that’s exactly what their creators intended. The wax pieces were part of an “artivism” campaign to bring awareness to Floridians about the seriousness of global warming. 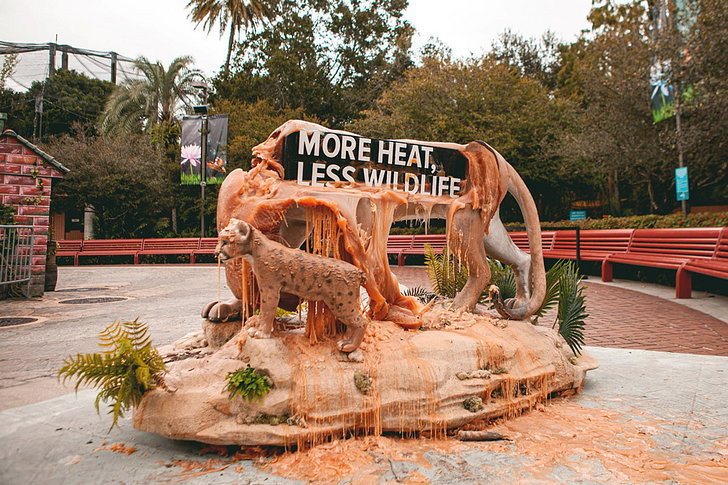 As part of the Florida Climate Crisis crusade, the CLEO Institute, a nonprofit dedicated to “building climate literacy and spurring climate action,” enlisted the help of ad agency Zubi, mixed media production company 1stAveMachine, and award-winning artist and inventor Bob Partington to create three wax constructions that would liquefy over the course of three to five days to reveal hidden messages about the Earth’s environmental emergency.

Florida experienced its fifth-hottest summer on record in 2020, in addition to an overactive hurricane season. “We are experiencing increased temperatures and increased sea level as well,” Yoca Arditi-Rocha, Executive Director of The CLEO Institute, told CNN. “For us, the climate crisis is very relevant, and it’s impacting Floridians in so many ways.”

Partington, of The History Channel’s Thingamabob fame, was tasked with finding ways to illustrate the dangerous effects those increased temperatures and sea levels would have on the state’s residents.

“Florida is such a visually enthralling state,” he said in a press release. “…The Zubi team asked us to hone-in on three icons that represent what Floridians and the world stand to lose — forever — if action is not taken now.” 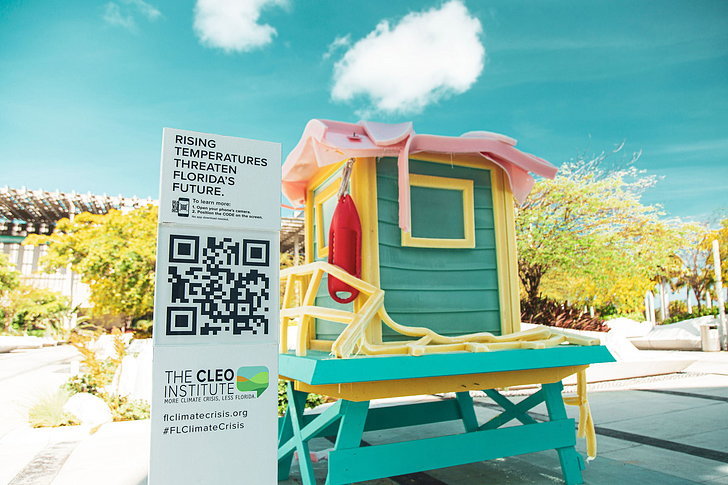 The first symbol the creative team chose was a lifeguard hut. Unveiled on September 9th at the Philip and Patricia Frost Museum of Science in Miami, the sculpture’s buttery side rails and teal siding gradually softened into mush until a sign reading “More Heat, Less Beach” was uncovered. Zubi Executive Creative Director Ivan Calle said he hoped people would connect the dots between sea-level rise, coastal erosion, and the strength of Florida’s tourism-driven economy.

The second piece, installed on September 18th at ZooTampa, depicted a vibrant Florida panther cub and its mother. After the heat took its toll on the creatures, a buried warning read “More Heat, Less Wildlife.” “Real panthers don’t actually melt,” Calle admitted, “but we wanted to artfully show how extreme heat and other effects of the climate crisis, like rising seas, are a threat to their continued existence, and that’s something all Floridians want to prevent.” 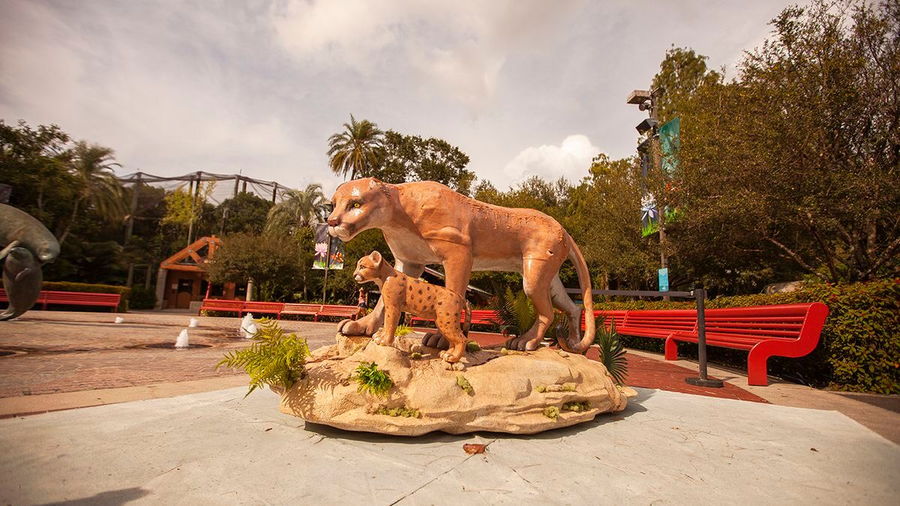 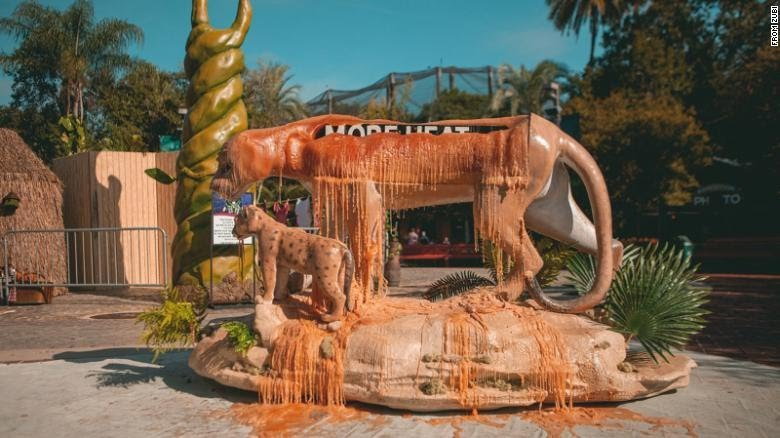 The final composition began its run in the sun on September 24th in front of Orlando’s City Hall, featuring a grandfather and his granddaughter sitting on a park bench, enjoying a day of leisure in the Sunshine State. As the brilliant colors faded and the figure’s wax ice cream cone dissolved, passersby could see the words “More Heat, Less Health.”

“The climate crisis is a threat to our health. From respiratory and cardiovascular disease, to mental health and infectious diseases, we must do more to lower our global warming pollution,” Yoca Arditi-Rocha emphasizes. 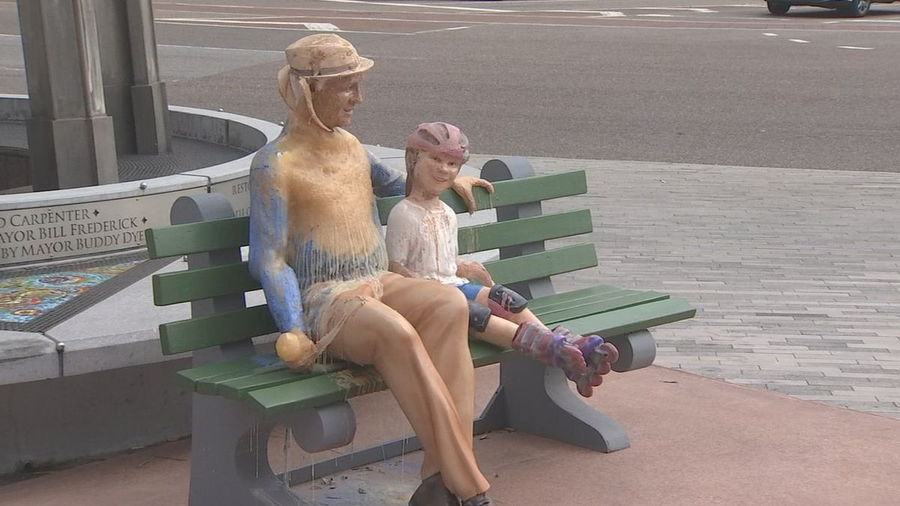 Even the fact that the original beauty of the sculptures can now only be remembered in photographs points to the fleeting nature of Florida’s beach culture, thriving (pre-COVID-19) tourism industry, and diverse wildlife. The CLEO Institute and the collaborating designers hope the dramatic artworks will motivate residents to join in their environmental battle cry.

“Our passion to save our way of living here in Florida is widely shared among so many of us,” Arditi-Rocha notes. “We know this is a topic that has been tremendously politicized, but everyone wants to protect our beautiful beaches, our biodiversity, and our way of living.”