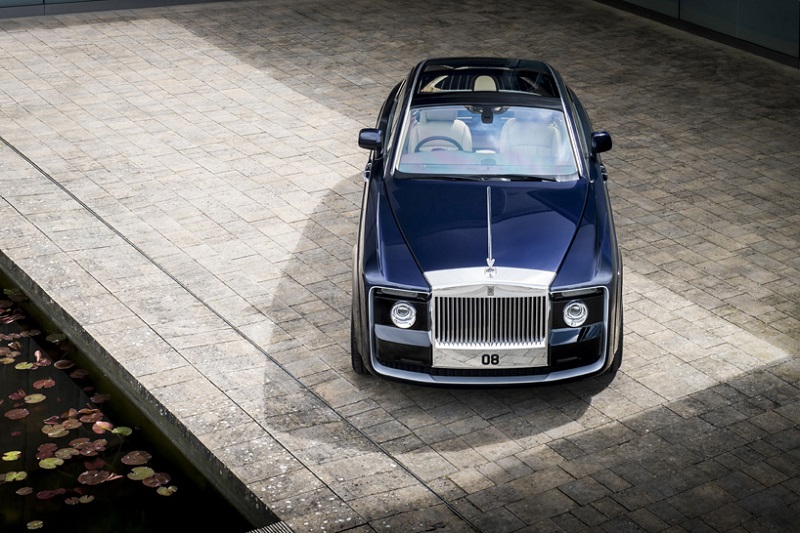 It’s no surprise that the newest line of Rolls-Royce vehicles will be priced at well over $200,000. Established in 1906, the British-owned luxury car company has spent the last century making some of the world’s most expensive automobiles. With all the technological advancement taking place nowadays, Rolls-Royce decided to shake up its hand-built ethos by 3-D printing a one-off custom model. The result of this experiment was a car that was more expensive than any brand-new unit ever commissioned and luxurious to the point of absurdity. 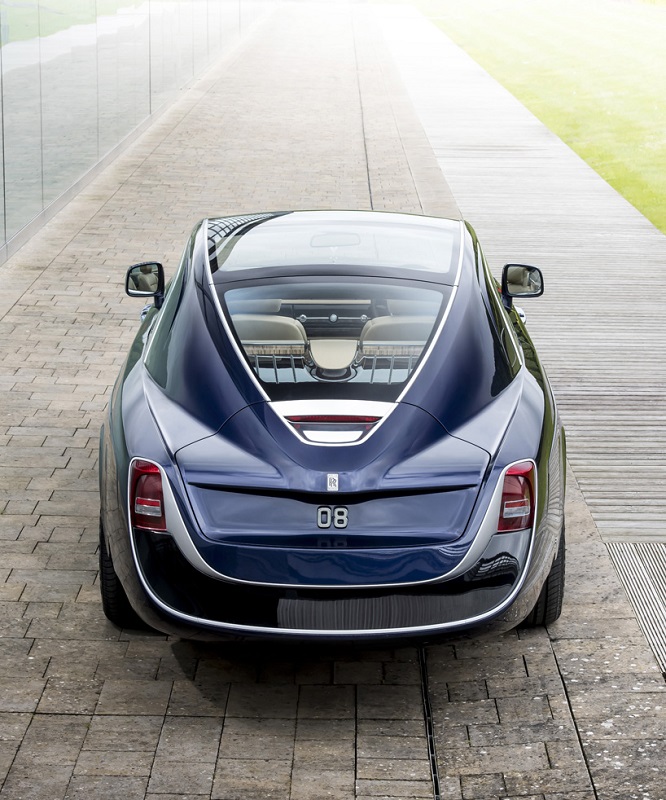 Continue reading below
Our Featured Videos
On May 27th, the company unveiled “Sweptail” at Italy’s Concorso d’Eleganza. Inspired by luxury yacht designs, this vehicle is the only one of its kind that will ever be manufactured and boasts a jaw-dropping $13 million price tag. Before Sweptail, the title of “world’s most expensive new car” belonged to the $3 million Bugatti Chiron. The only car that’s ever been sold for more money was a vintage Ferrari 250 GTO produced between 1962 and 1964, which went to a collector for $52 million back in 2013.

For Rolls-Royce, Sweptail is the automotive equivalent of haute couture. Only a handful of people in the world could ever hope to own such a car, which was designed in 2013 after the company was approached by a “special customer” with a set of very specific requests. 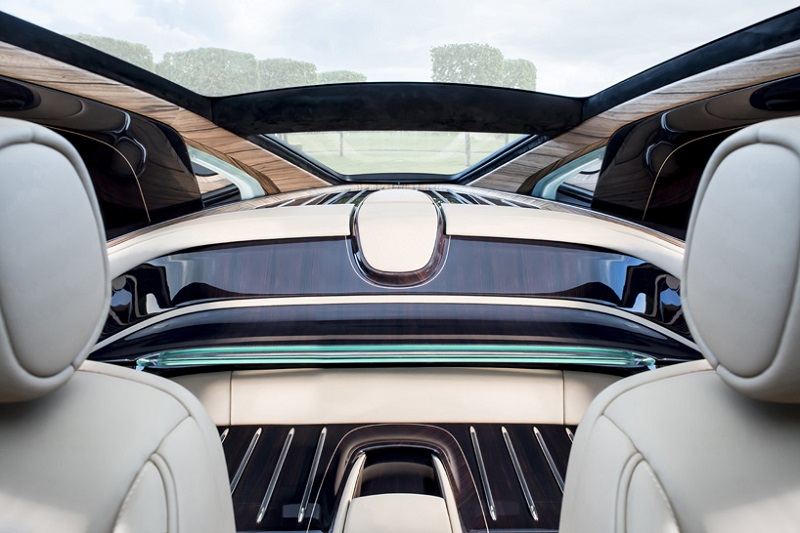 To many, the idea of a boat-inspired car might sound awkward and clunky, but we have a feeling they’ll change their minds soon after seeing photos of Sweptail. The designers based the vehicle’s rear contours, which consist of two tapering angles that converge into a “bullet tip” central brake light, on those of racing yachts. The car also features a panoramic glass roof, as requested by the client, that floods the cabin with natural light. Sweptail’s top looks distinctly futuristic and marks a major departure from luxury cars’ typically obscured windows, which are often included to protect the privacy of their occupants. 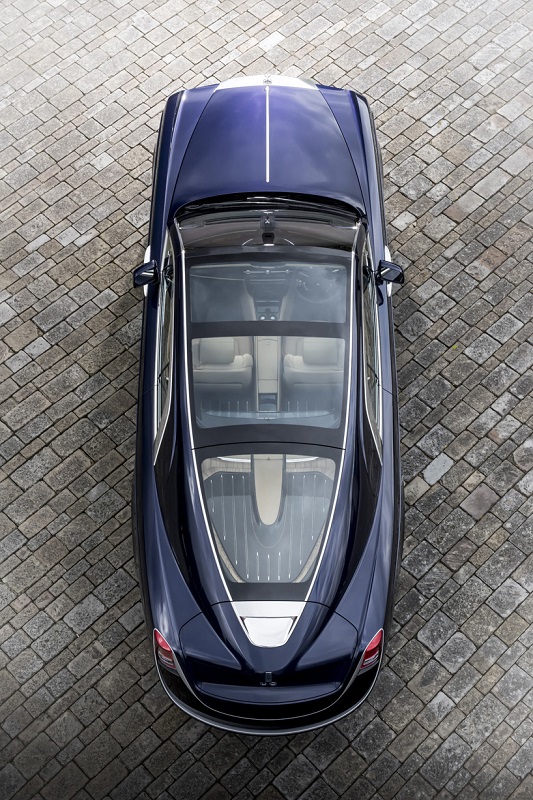 The Sweptail comes a year after Rolls-Royce revealed its “Vision Next 100,” or 103EX, a wildly futuristic, self-driving, zero-emissions automobile that embodies the company’s vision for the next 30 years of mobility. At nearly 20 feet in length, the 103EX’s grandiose design was critically panned as being “ridiculous.” While both models are probably over-the-top displays of wealth, the Sweptail is at least real and ready to hit the road. 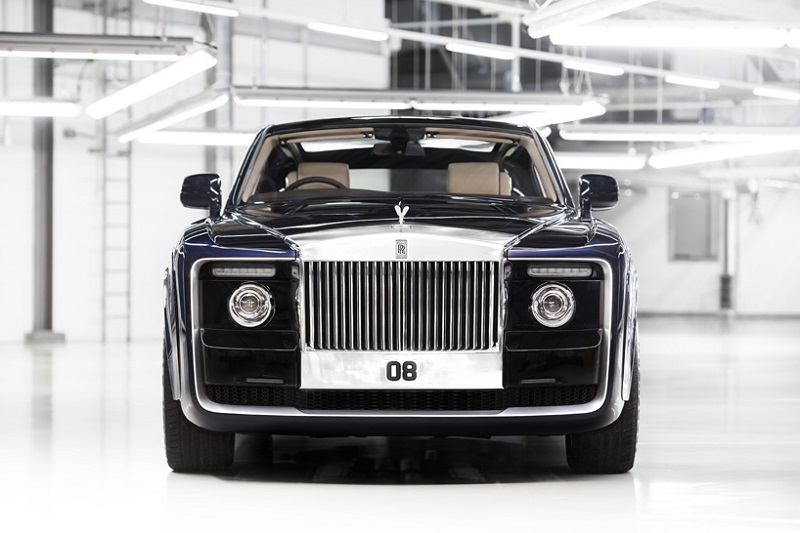 “Sweptail is a truly magnificent car,” says Torsten Müller-Ötvös, the Rolls-Royce CEO. “It exudes the romance of travel for its own sake, and immediately places ‘Sweptail’ in the pantheon of the world’s great intercontinental tourers. Rolls-Royce’s history as the world’s leading coachbuilder is at the very core of its identity as the world’s leading luxury brand. The arrival of 103EX shone a light on the future of Rolls-Royce in this field, and ‘Sweptail’ is proof, today, that Rolls-Royce is at the pinnacle of coachbuilding. We are listening carefully to our most special customers and assessing their interest in investing in similar, completely exclusive coachbuilt masterpieces. At the same time we are looking into the resources which will allow us to offer this unique service to these discerning patrons of luxury.”