Movie directors (and whales) just love the Waterphone. It’s an eerie, surreal-sounding instrument unlike any other, and it looks pretty unusual too. Musician and craftsman Richard Waters invented the instrument in the late 1960s, and after he passed away in 2013, his friend Brooks Hubbard, a welder and fellow musician, took over the manufacturing operation to keep the Waterphone’s legacy alive and well. 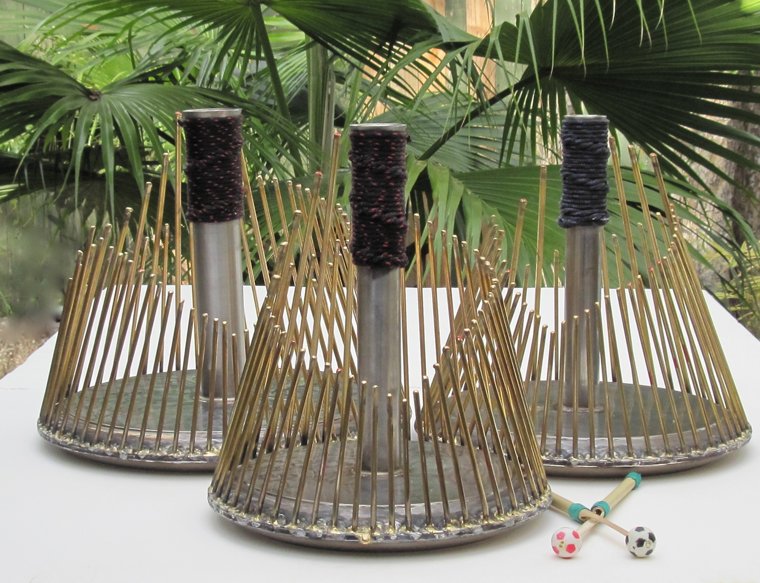 So what exactly is this mysterious musical creature? Waters described his invention like this: “Waterphones are stainless-steel and bronze monolithic, one-of-a-kind, acoustic, tonal-friction instruments that utilize water in the interior of their resonators to bend tones and create water echoes.” 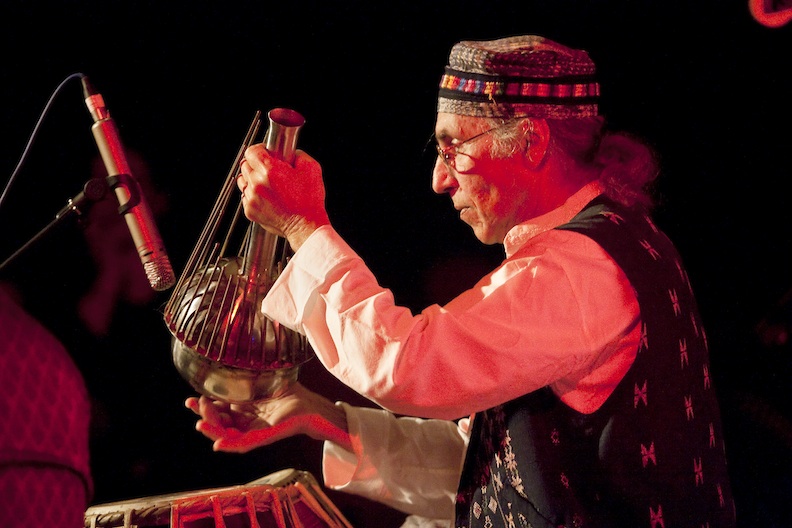 Hmmm. Well, that’s certainly a technical definition. It might make a bit more sense if you actually listen to Waters and others playing the instrument. If the haunting wailing sounds familiar, that might be because you’ve heard it in a number of movies and TV shows, including Poltergeist, the Star Trek movie, Young Guns, the remake of The Invasion of the Body Snatchers, The Matrix, Crouching Tiger, Hidden Dragon, Let The Right One In, 24, and The Mentalist. The sound creates an instant atmosphere, so we can see why it’s such a hit among directors.
If you’re a serious musician, you’ll probably want to learn about the Waterphone’s tuning specs. Waters explained the principles on his website: “The tonal rods are tuned to a combination of micro-tonal and diatonic relationships presented in two distinct but integrated scales having both even and uneven increments.” Of course, it wasn’t all technical music theory for Waters. He also said, “My Waterphones are hand-crafted, durable, sonic sculptures that are fun and easy to play.” 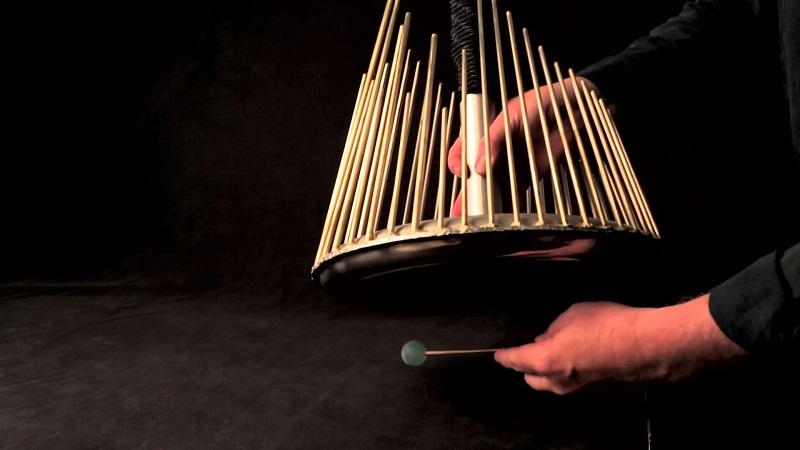 So just how do you play it? You can start by either holding the Waterphone by its neck or suspending it from a cord. After that, all bets are off — use a bow to play it in the manner of a stringed instrument, or play it like a percussion instrument using mallets and your hand or just your fingers.
You will be happy to know that the Waterphone has some siblings, too. The Trongos (whose name sounds like an alien race in Star Wars) consist of three connected water drums, all of which are made out of stainless steel and bronze. There are holes in the drums for adding or subtracting water to tune them. 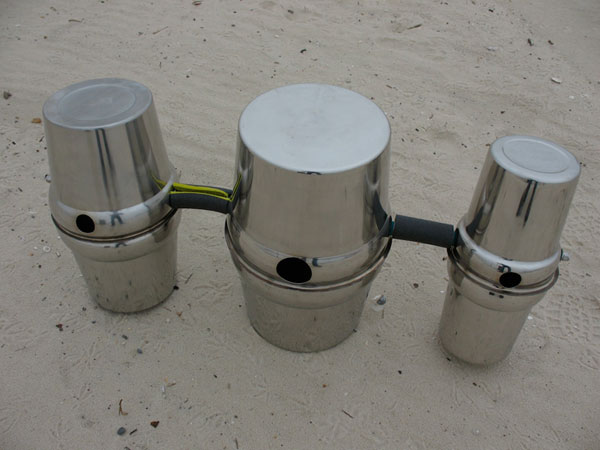 Waters described the playing of Trongos this way on his website: “The central larger drum is held between the legs so that the water may be activated by moving the legs as the Trongos are played. This motion creates schiziosonic modulations and pre-echoes due to the different speeds of sound in air/metal/water.” The drum heads may be on top, but the Trongos’ bottom sides can also be played, giving you six drums in total and adding to the versatility of the instrument.
You can also buy wind chimes, wind flutes, and percussion instruments like bamboo slit drums and rattles on the Waterphone website. Bird calls, Aeolian wind harps, bows, and mallets are also available there.