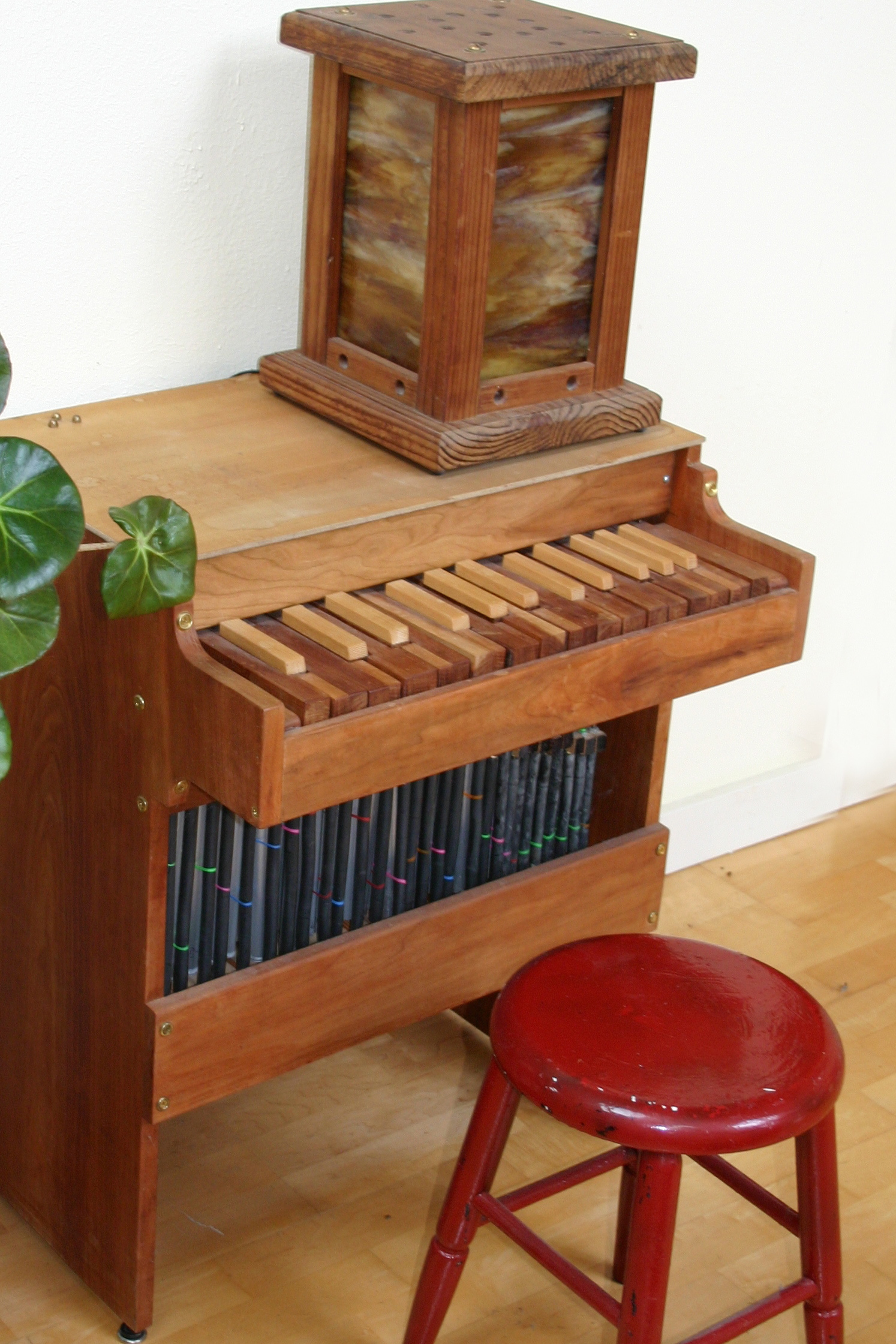 Meet Bart Hopkin, a man obsessed with all things musical. He designs a variety of weird and wonderful musical instruments, and he delights in sharing them on his website by posting not only photos but also audio files (listen here).
Hopkin revels at the intersection of science and music, with a minor in engineering. Musician, composer, teacher, inventor—he has even been involved in ethnomusicological research. (Hey, what can we tell you—the guy wears a lot of different hats.)
What’s his all-time favorite self-designed instrument? “Well, it’s definitely not my most elegant,” he admits, “and a lot of people kind of hate it, but my favorite might be Savart’s Wheel, because it illustrates rudimentary sound principles in an eye-catching way.” 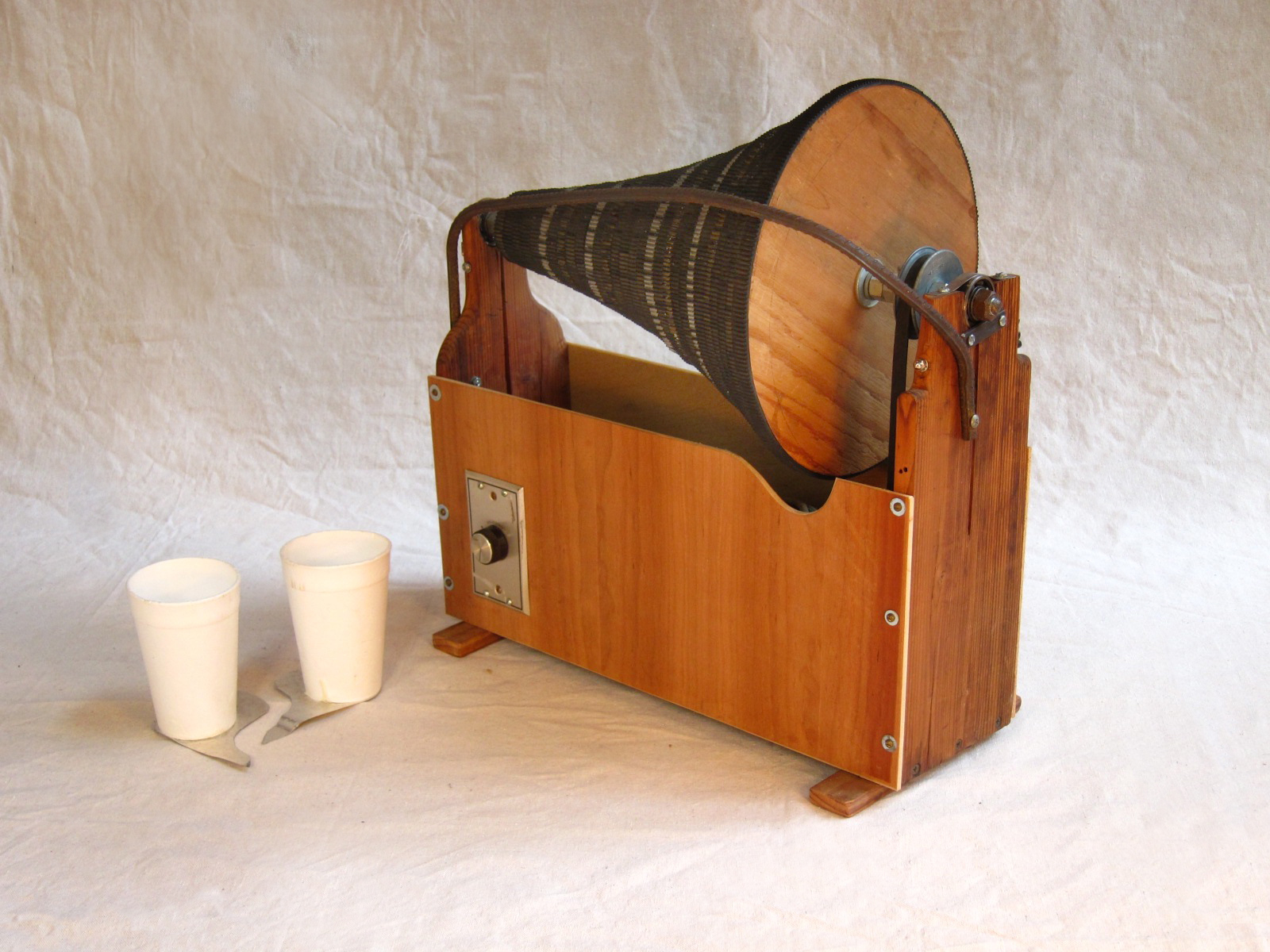 Savart’s Wheel is made up of 30 wooden disks of different sizes on a motor-driven spindle. As the spindle turns, a special plectrum hits against the ridged edge of one of the disks. “The number of ridges per second varies according to the spacing of the gaps between the ridges,” says Hopkin, “so by holding the plectrum against different disks, you get different notes.” The resulting sounds are directed to your ears by a Styrofoam cup attached to the plectrum. 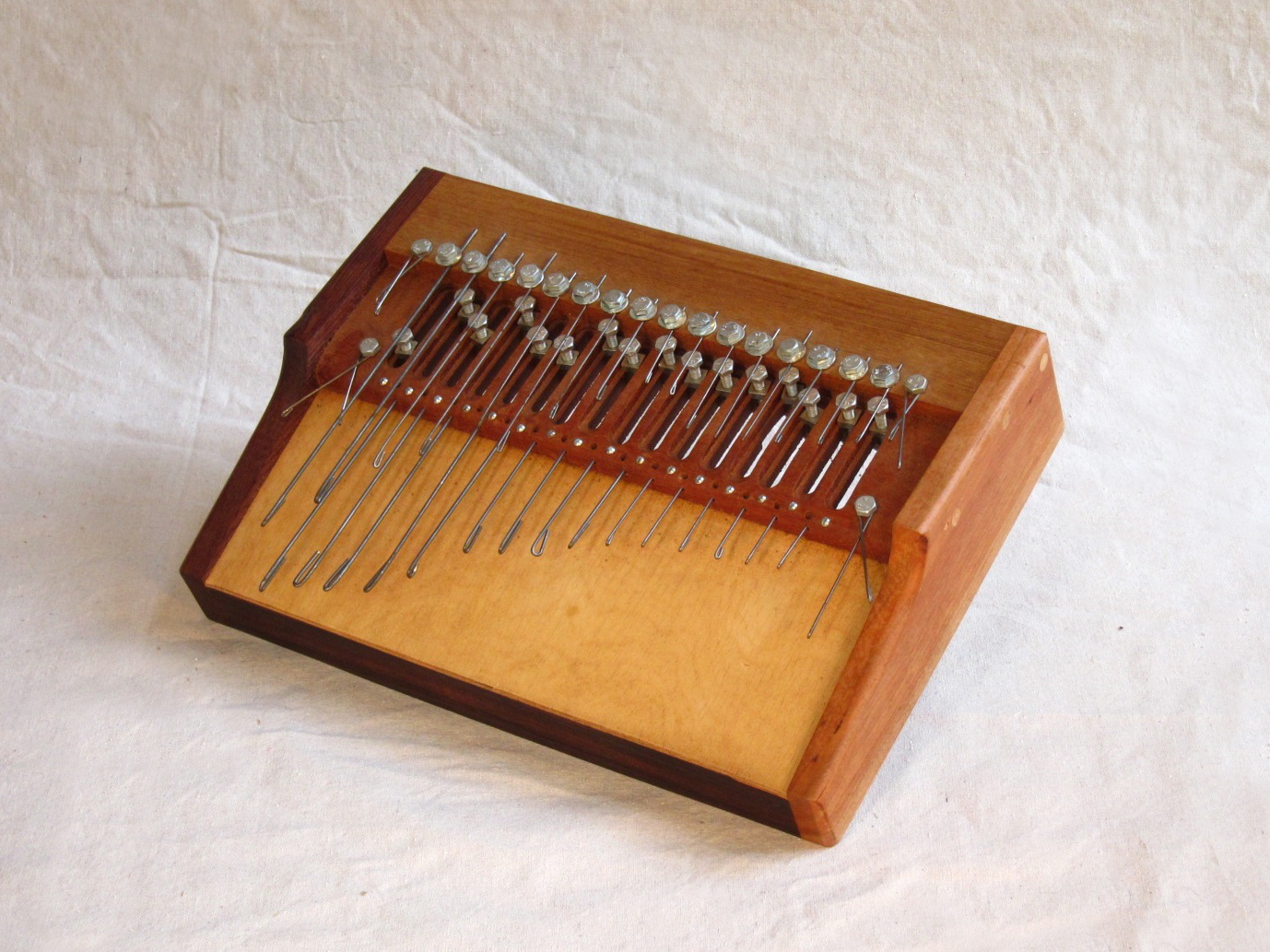 If you love lamellophones (and, after all, who doesn’t), you’ll be fascinated by the ones Hopkin has designed. One example is the Rattletine (above), a plucked-prong instrument with two rows of prongs that hit a metal surface when they vibrate. The top row makes notes that sound “pretty rough and raunchy,” says Hopkin, whereas the lower row gives clearer tones. 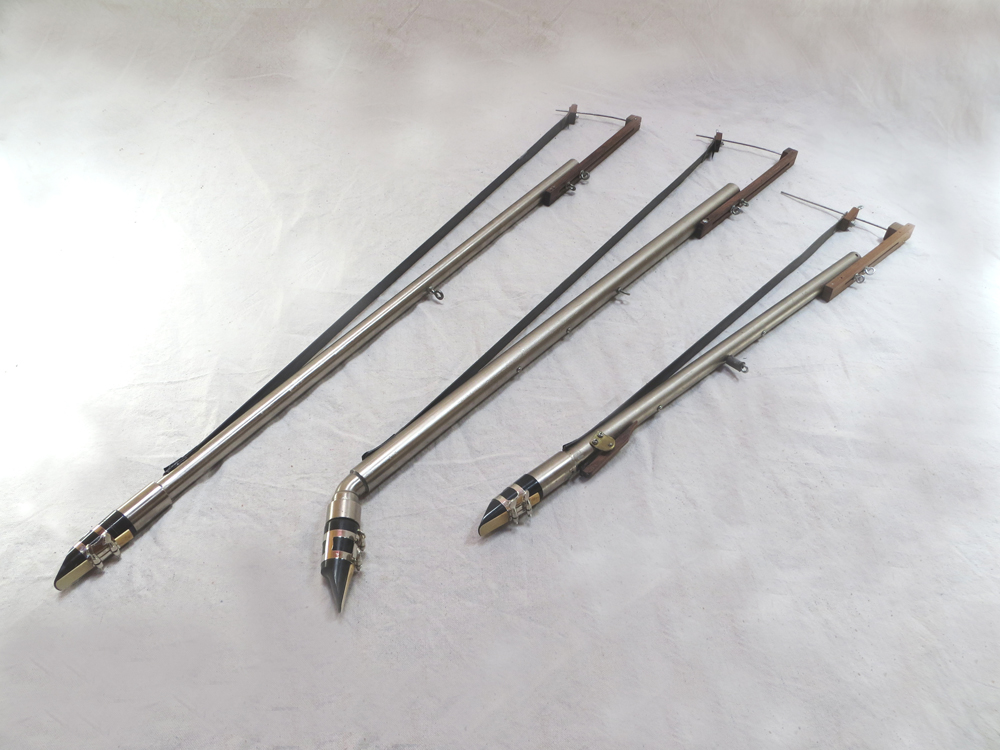 In Hopkin’s winds section, he offers ‘Moe, which is a clarinet-like instrument. What’s the difference? Instead of the tone holes you’d cover on a regular clarinet, the ‘Moe has an open slit along the top and a strip of flexible material that you push to cover a section of the slit, making the instrument’s range continuous. 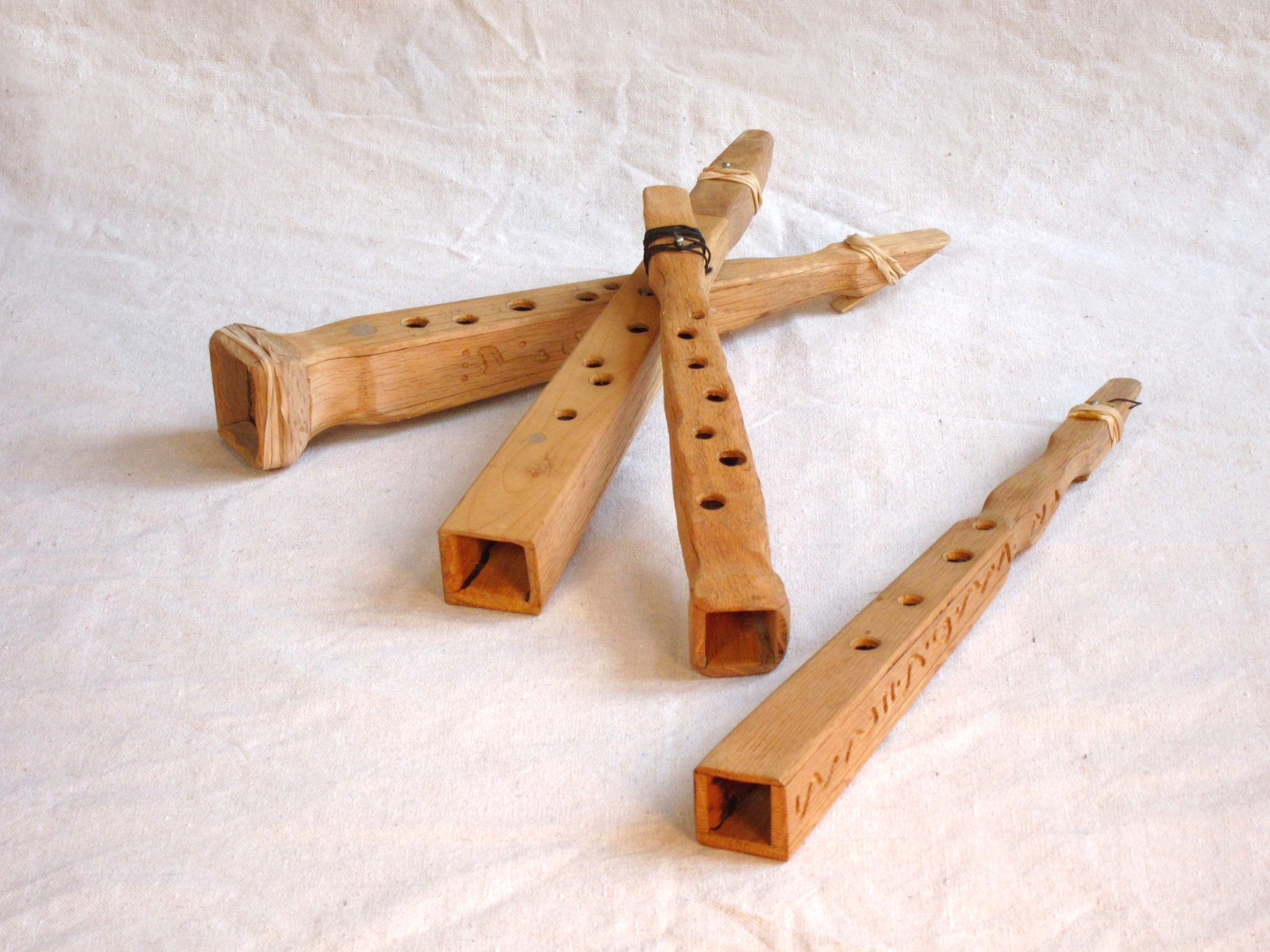 He has also made wooden saxophones that have a square body and a real sax-like tone. 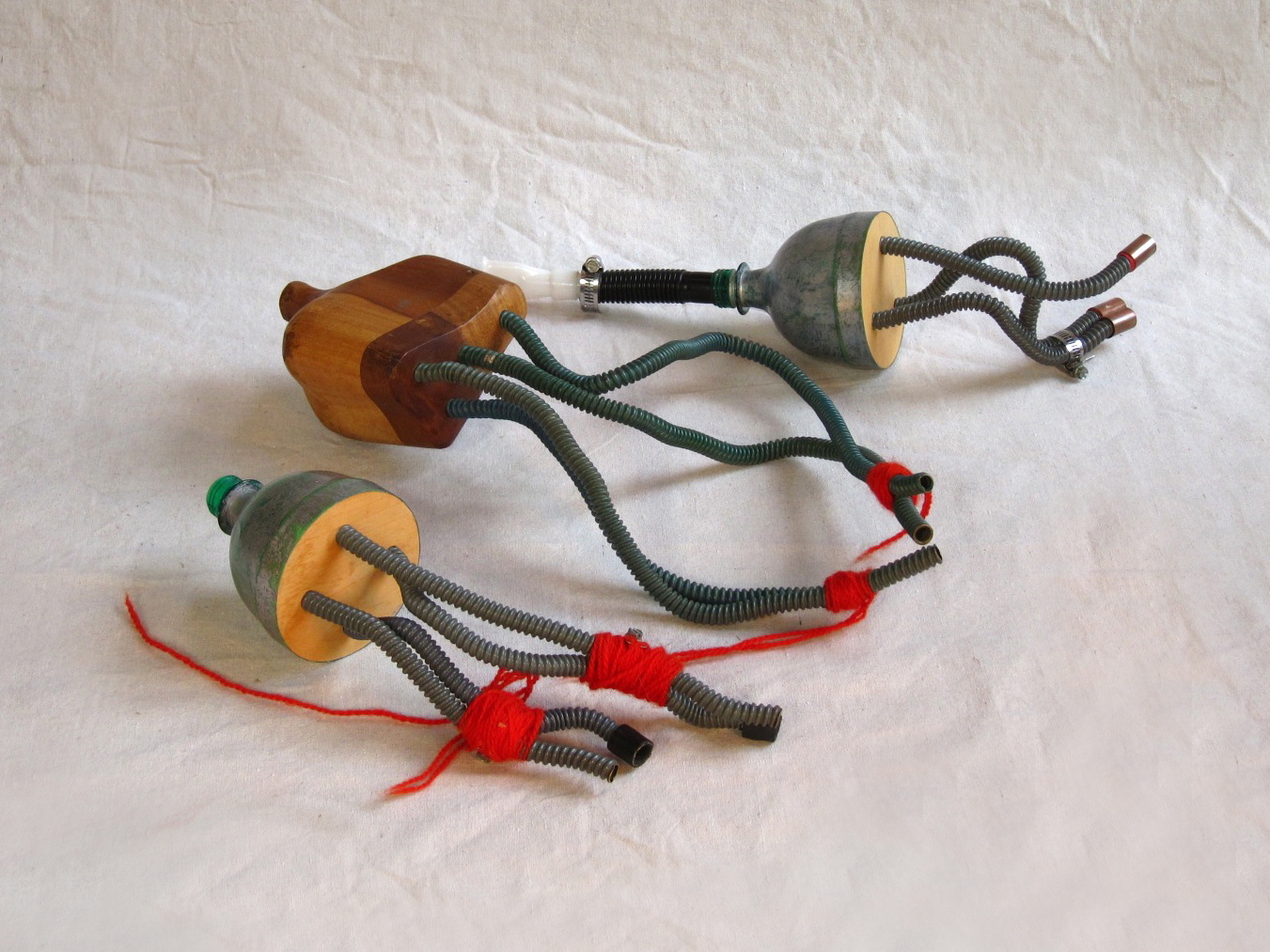 You probably haven’t seen anything like Hopkin’s Branching Corrugahorns. They are simple, really, but definitely unusual. A mouthpiece is connected to an air chamber, which has a corrugated tube coming out of it. You vary the speed when you blow into it, stopping and releasing the tube to change the notes. 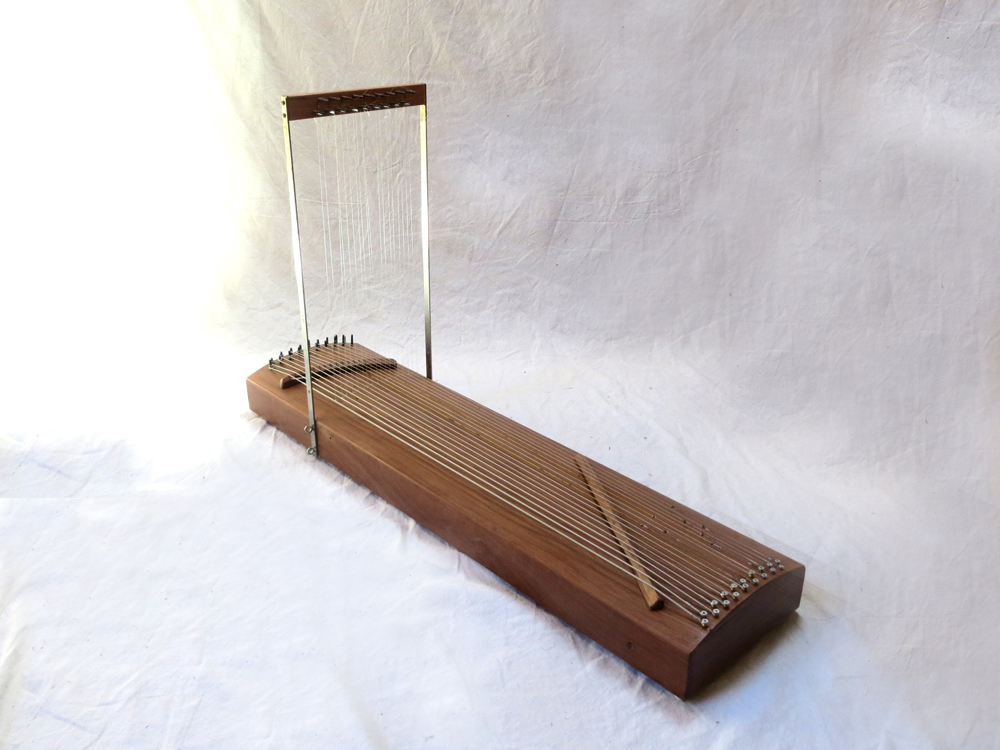 This is a simple box zither, but it has an unusual sounding method. A second, much lighter string rises up from each main string. Hopkin explains: “This system is quite efficient. The up-and-down stroking of the vertical string gets the main string going the right direction to drive the soundboard. The resulting tone is coarse, with an unusual quality, and it’s loud.” 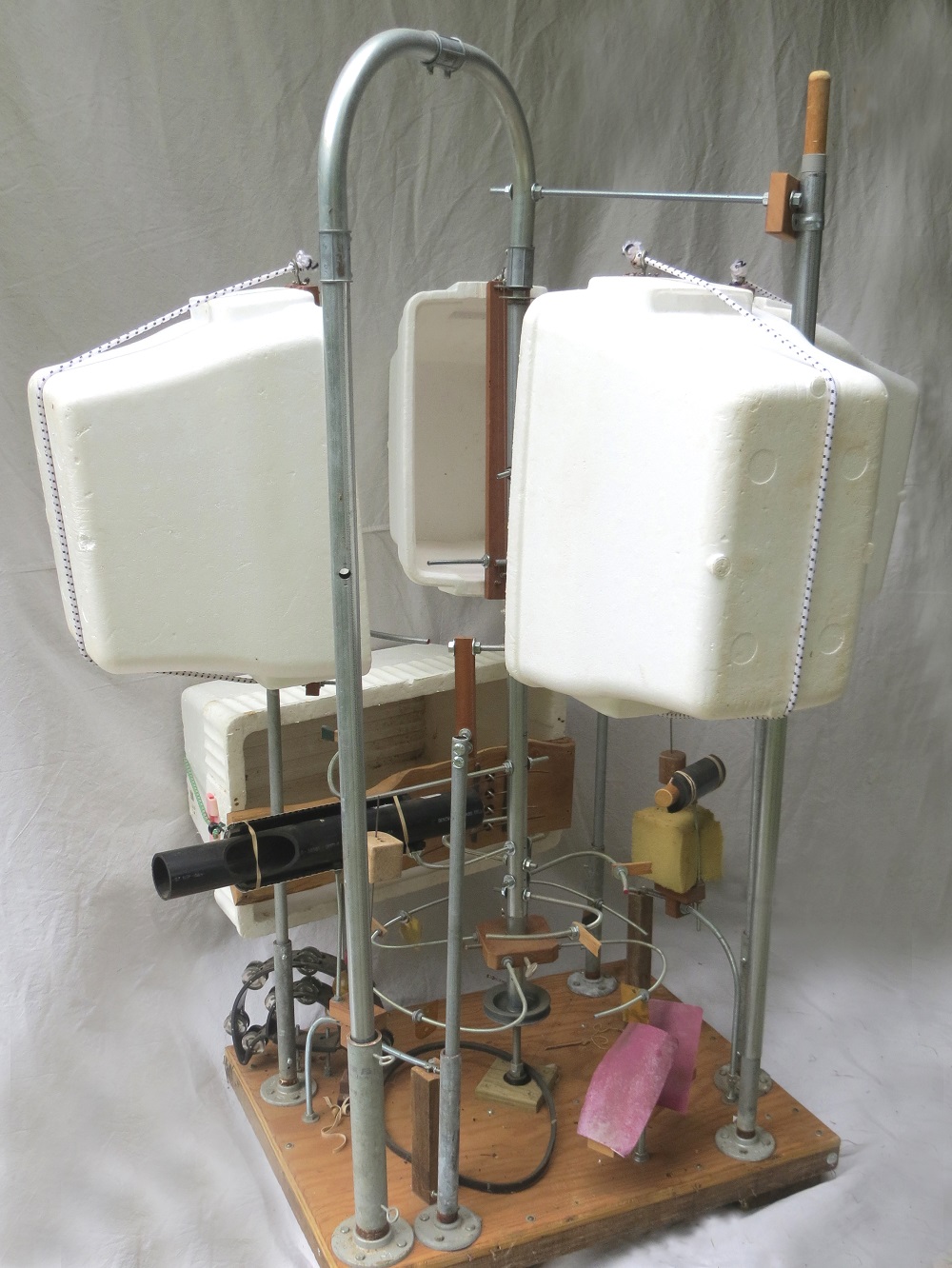 Continue reading below
Our Featured Videos
Hopkin has given us a sneak peek at an instrument that isn’t shown on his website: The Ostinato. “I’m just including it for fun,” he says. “It’s a big self-playing machine that plays a repeating pattern on several sound instruments to be used as accompaniment for song and other instruments.”
Sadly, Hopkin doesn’t have a storefront for his creative instruments. “I mostly follow my own ideas, but I also do occasionally sell instruments on commission if someone’s interested and gets in touch with me.”