At this point, IKEA might be just as famous for DIY hacks of its products as it is for its confusing assembly instructions. Thousands of brilliant IKEA hacks have repurposed the Swedish retailer’s flat-pack furniture and other items into entirely new creations, from imaginative custom cabinetry to wacky sculptural objects. Now, a YouTuber has completed what he calls the “ultimate IKEA hack,” making a six-string guitar using nothing but IKEA furniture and home goods. As you’ll see in this video, it sounds a lot better than you might expect.

YouTuber Tchiks Guitars says he started the project as a joke. “I remember going upstairs and telling my wife, ‘I’m gonna make a guitar out of Zoé’s old bed.’ She rolled her eyes to the ceiling and asked me, ‘Why?’” It’s a fair question, but the YouTuber proved his creative recycling idea was worthwhile, as silly as it sounded at first. He used wood salvaged from his six-year-old daughter’s old crib (IKEA’s Stuva cot) as well as a Henriksdal chair and Lack shelf to create the guitar’s top and back. 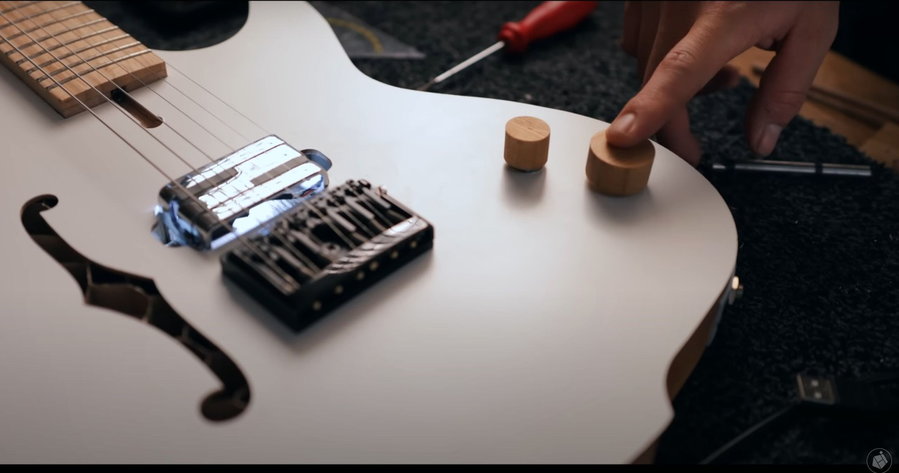 The intrepid upcycler made the fretboard of the guitar from a picture ledge, the jack output plate form a Lilangen door handle, the strap buttons from a Kallax cupboard knob, and the tone and volume knobs from an Aptilig chopping board — all items you can find at IKEA. You wouldn’t guess any of this from looking at the finished product, of course. 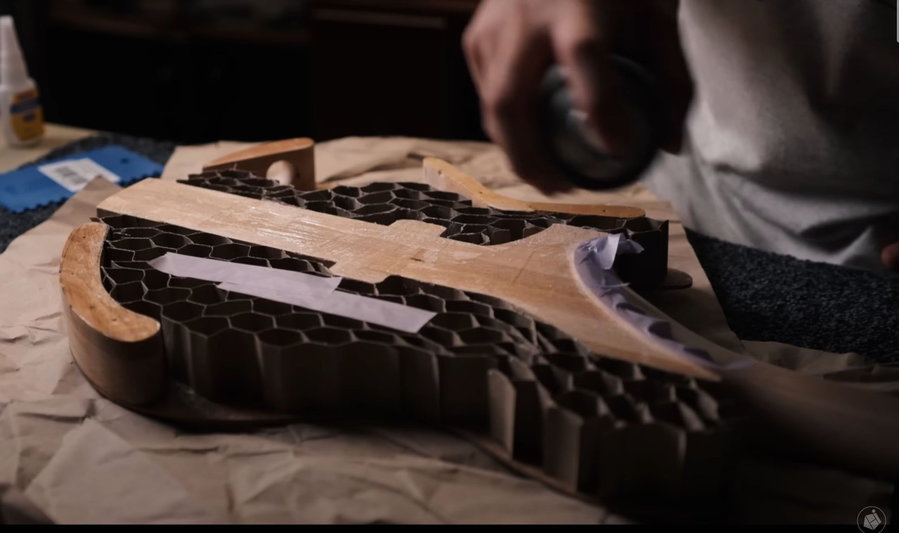 “This idea came to me while I was making a Brian May’s Red Special replica: while I was following the footsteps of Dr. May, like anyone who’s ever made a Red Special I guess, I kept asking myself the following questions: ‘what the ….?’, ‘how did he …?’, ‘wait a minute …’, ‘no way, that’s brilliant!.’ Having access to the plans felt a little bit like cheating so I started wondering how I would personally do it in 2022? e.g design and build a guitar from scratch, using nothing but what’s available around me.” 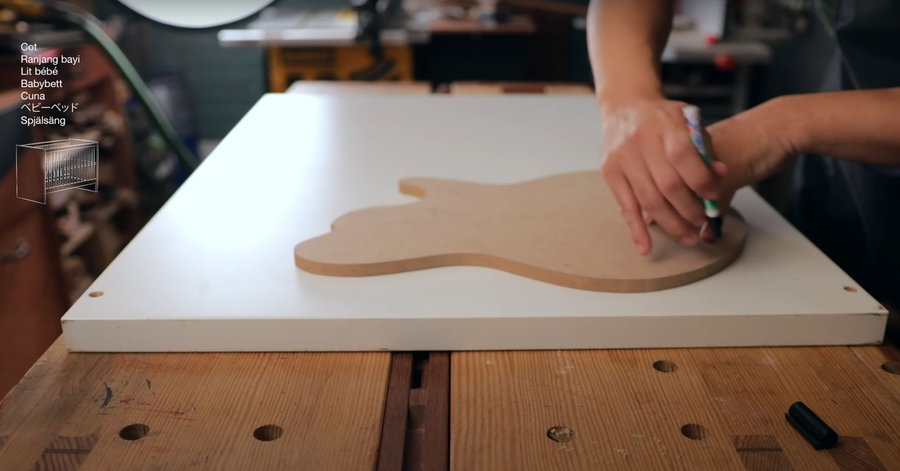 “Truth is, ever since the Electric Shelf 335 became viral (4 million views, thank you), I’ve been wanting to make something like this,” he says. “In my original design, I was trying to emulate an actual solid body guitar, so I had to find a way to make bent sides, which is not an easy thing to do when all you have is stuff from IKEA. Another problem I had was that, to my knowledge, the only tone wood that IKEA uses is acacia, which they use in some of their outdoor furniture (and I don’t have any of those at home). Anyway, I kept finding excuses not to make the final jump, but the Red Special really opened up my eyes: Brian May taught me that they are no rules, as he demonstrated by making a legendary guitar with a body that is essentially pine and oak.” 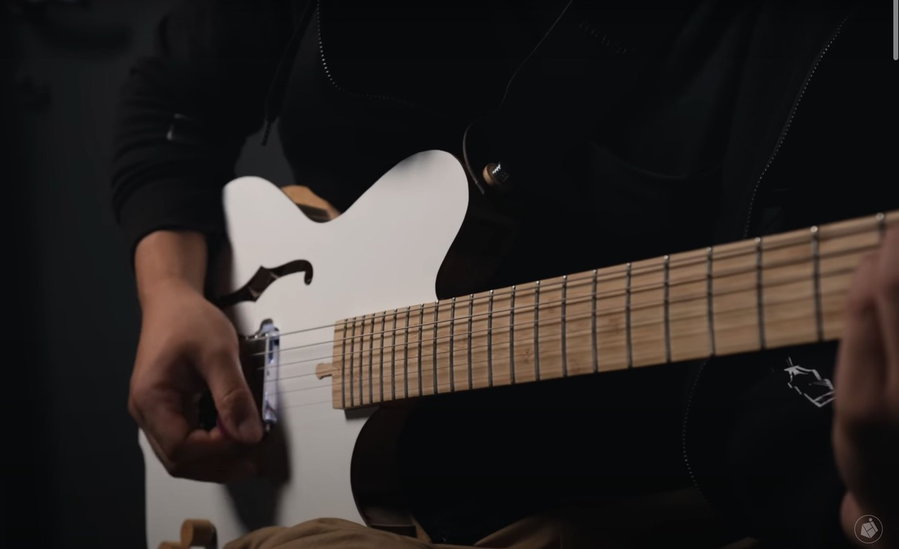 The YouTuber and amateur guitar builder first started experimenting with unusual materials during COVID lockdowns in Belgium in April 2020. His usual lumber store was closed, so he decided to make a guitar out of wood from an old shelf. Since then, he’s made several more DIY guitars, all impressive in their own ways. In addition to subscribing to his YouTube channel, you can also follow Tchiks Guitars’ creations on Instagram @tchiksguitars.