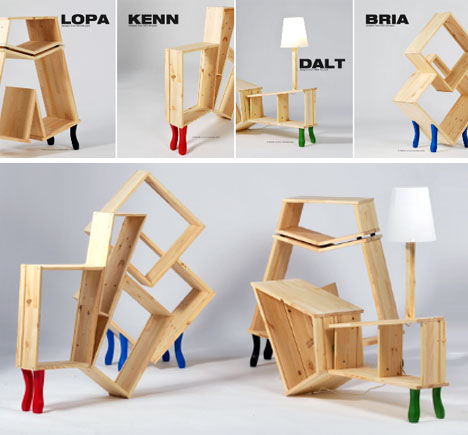 Between do-it-yourself types and people who like to assemble things without reading the instructions, there is a good deal of ‘IKEA hacking’ going on these takes – making something new, different, strange and/or personal from the standardized, uniform, modular parts that come when you buy an IKEA furniture kit or set. 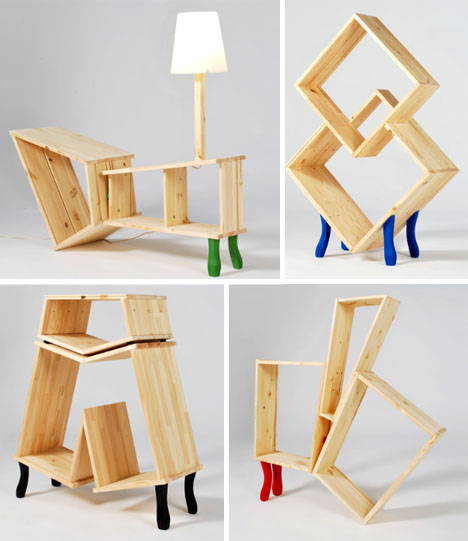 Wiyono Sutjipto has taken this practice another step, crafting entirely new, offbeat and utterly un-IKEA abstract forms from the bits and pieces that are bought as parts of various kits at the store. If the odd shapes, offbeat angles and questionable functionality were not enough, he has also added a set of colored legs to each piece. Along with the labeling of them ala IKEA standards, this is no-doubt a hat-tip to the strange way in which IKEA gives names to each and every object they sell. 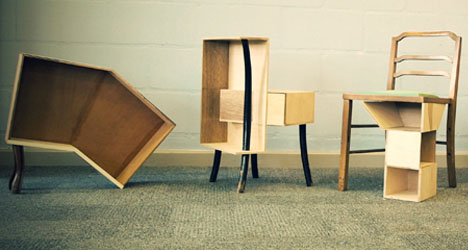 Along similar yet simultaneously opposite lines, the same designer has created a set of ‘homeless furniture’ pieces. Cobbled together from found tables, chairs and other once-used and now-discarded designs, these are intended to raise questions about the way we so readily discard things that could have a second life as strange, new and unique household objects.