When you heard that climate activists threw tomato soup on a famous Vincent Van Gogh painting, what was your initial reaction? Chances are you were annoyed. The act, perpetrated by two passionate young people at the National Gallery in London last month, struck many people as a juvenile tantrum. 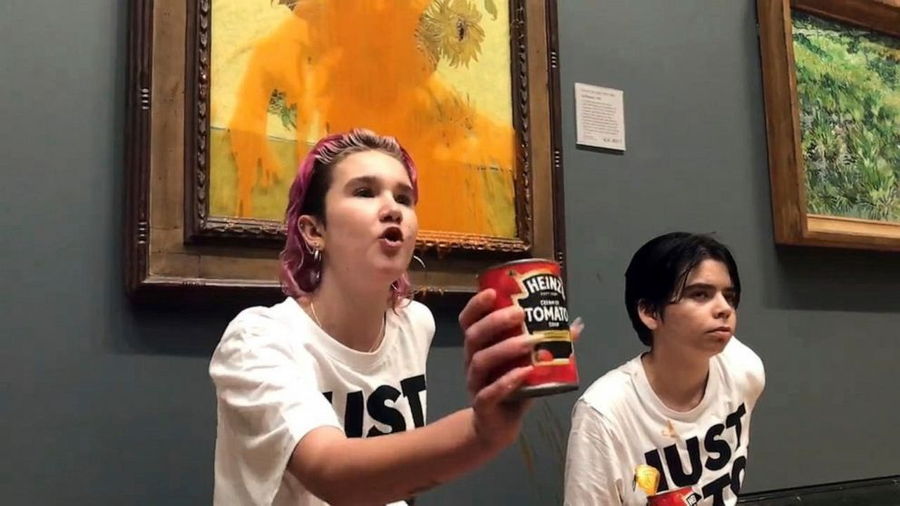 Members of the group Just Stop Oil (wearing t-shirts bearing the same slogan) splashed the soup onto the “Sunflowers” painting to protest the extraction and use of fossil fuels, and then glued their hands to the wall. The spectacle was so absurd, some wondered whether it was a psy-op to make climate activism look bad.

Perhaps you’ve added this recent protest to a mental list of other annoying activist actions: road blockages during the protests against racial injustice in the summer of 2020, for instance, and the vegans pouring out milk in British supermarkets. A group of activists has even started deflating tires on trucks and SUVs across the UK and United States this year to call attention to the climate crisis. These acts do not involve violence or direct harm, but they are disruptive. They’re inconvenient. They are, indeed, annoying, even for people who sympathize with the causes they champion.

But you know what’s really inconvenient? Getting killed on the streets by police because of the color of your skin. Suffering that goes unnoticed or ignored by the world at large. Altering the planet we live on enough to kill off our own species, along with thousands of other innocent species. The Earth will survive humans, but why are we so hell-bent on destroying ourselves? 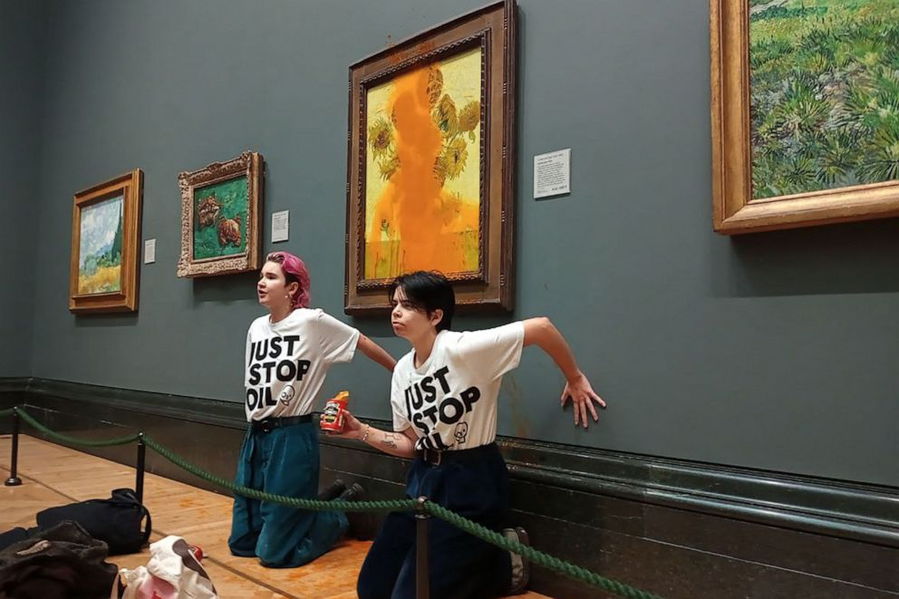 Maybe it’s because collectively, we’re too distracted to see the reality of what’s happening. We’re focused on living our individual lives, consuming media, getting to work on time, receiving packages two days after we pressed a button to order them. We don’t believe it’s really true that such a terrible thing could occur — that our own children and grandchildren will suffer as a direct result of our inaction.

In this context, the actions of the Just Stop Oil activists suddenly appear gentle and tame. They chose that specific painting because it’s protected by glass, and thus easy to clean. No permanent harm occurred. The activists deflating tires aren’t slashing them, they’re temporarily immobilizing the vehicles. And nobody should be crying over a little spilt milk.

There’s no doubt that such actions will make some onlookers angry enough to turn them against the associated causes, but those people are likely a small minority. Others will (rightfully) be annoyed. But will you feel merely annoyed if your area is suddenly struck by extreme heat waves that kill vulnerable people, destroy crops, and dry up sources of drinking water? Will you be inconvenienced when climate change leads to food shortages and spurs mass migration to the few temperate areas that remain?

It’s very easy to bury our heads in the sand and ignore crises that are happening all around us. For activists and others who are vividly aware of the consequences, these are desperate acts attempting to break through that complacency.

The United Nations just announced that there’s no longer a credible pathway to the 1.5-degree Celsius goal needed to reduce carbon emissions to limit the worst impacts of the climate crisis, and the world barely noticed. We’re frogs slowly boiling in a pot while watching Netflix and debating whether roughly half the human population should have the right to reproductive autonomy. At least the Just Stop Oil activists got us talking about climate change, even if was only for a minute.