Increased focus, productivity, creativity, and calm are all promised results from the new Sens.ai neurotechnology headset. 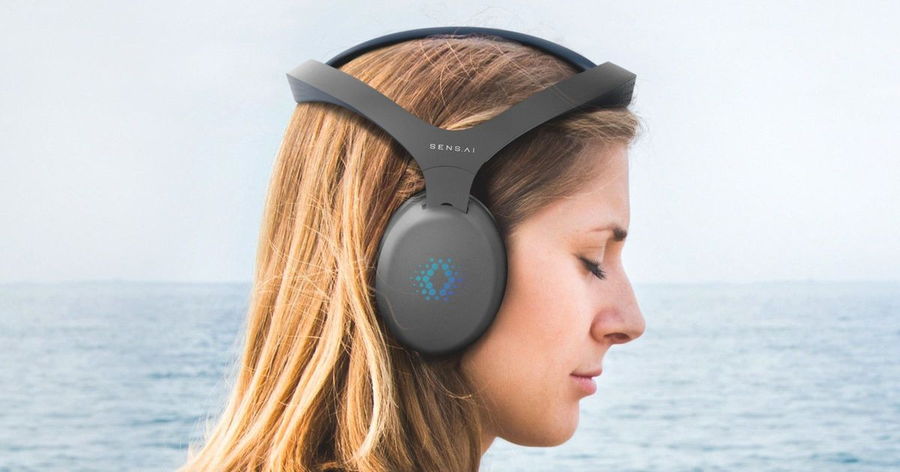 Today’s social and economic climate make this device especially attractive. According to a study from the American Psychological Association, Americans are more stressed out than ever, with 47 percent of adults reporting feelings of anxiety, 44 percent feeling sad, and 39 percent feeling extreme anger. No wonder a mind-trainer that pledges inner tranquility and relief from brain fog is in high demand.

And lots of people are apparently excited and ready to supercharge their brains, as the project met its crowdfunding goal within three hours of its campaign posting on Indiegogo. With 24 days left to go at the time of writing, backers have already raised over $655,000, 2,184 percent of the original $30,000 goal. 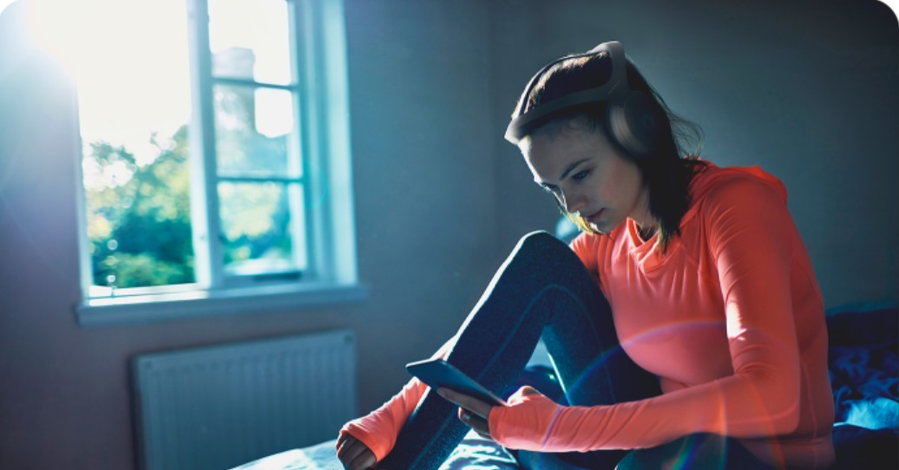 “We believe that through Sens.ai, anyone can finally have access to world-class neuro-optimization technology in the comfort of their own home and at an approachable cost,” says Paola Telfer, CEO and founder of Sens.ai. “One of the many benefits of Sens.ai is the ability to reduce stress and increase happiness. Many people struggle to reduce stress levels quickly and long term. This is where Sens.ai comes into play, utilizing personalized HRV and neurofeedback training technology, it empowers people to quickly summon calm when they feel stress and more importantly, train calm as a long-term, substance-free habit.”

The headset features sensors that can take in data from the brain and body and use it to provide audiovisual feedback. Its Gamma-grade sensors can read the fastest brainwaves, while the Pulse Oximeter sensor monitors heart signals thousands of times per second, measuring heart rate variability and allowing the Sens.ai to tailor a training program to increase heart coherence, an indicator of a balanced nervous system.

Sens.ai also incorporates photobiomodulation, a type of infrared light therapy used to stimulate the gray matter. LEDs strategically placed in the headset send out light energy that is absorbed by photoreceptors in the brain, initiating metabolic processes that improve circulation and oxygen utilization. The company says the result is an “energy lift” and an “accelerated ability to learn.” 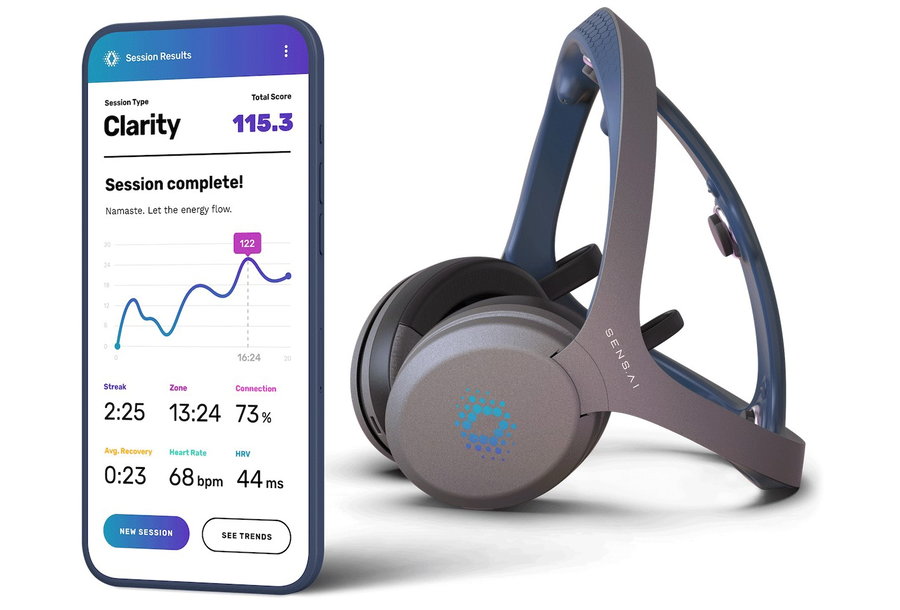 Pairing with a phone app, users will be able to access 20 different brain-enhancing courses, each lasting eight to 12 weeks. Some are aimed at cognitive speed, others include mindful meditations, and others still endeavor to increase things like memory retention and concentration. Users can also access programs to help with better sleep, resilience, creativity, or clarity.

During the training programs, the user’s brainwaves are converted into lights and sounds on the phone app. The lights get higher and the sounds get louder and more frequent when the user is doing well and in “the training zone.” The headset sensors will also sense when the wearer needs a neuro boost and activate the LED lights for an immediately felt state change. The results can be tracked on the app afterwards and monitored for progress. 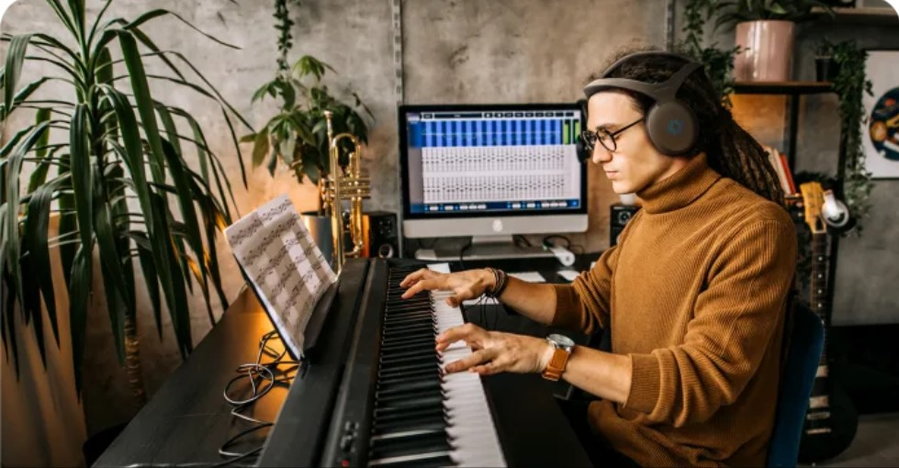 The Sens.ai team of cognitive experts says it built the device on decades of neurotechnology research. With several patents pending, they claim that their headset is the most comprehensive brain training solution offered at home. It can produce results with just 20 minutes of use, three times a week.

“The most exciting technology revolution is not outer space, it’s the exploration of inner space,” the company says on its Indiegogo campaign page.

The base-model Sens.ai is currently on offer for $999 on Indiegogo, with the brain-training devices expected to ship out in the second quarter of 2022.