The United States is revamping its iconic Postal Service delivery truck, and people have thoughts. Lots of them. The new design, which features a squat front end and an enormous windshield, has been compared to ducks, Pixar’s cartoon cars, and illustrations by children’s book author Richard Scarry. It’s true that it’s pretty silly looking, but there’s a good reason for every aspect of the new design. 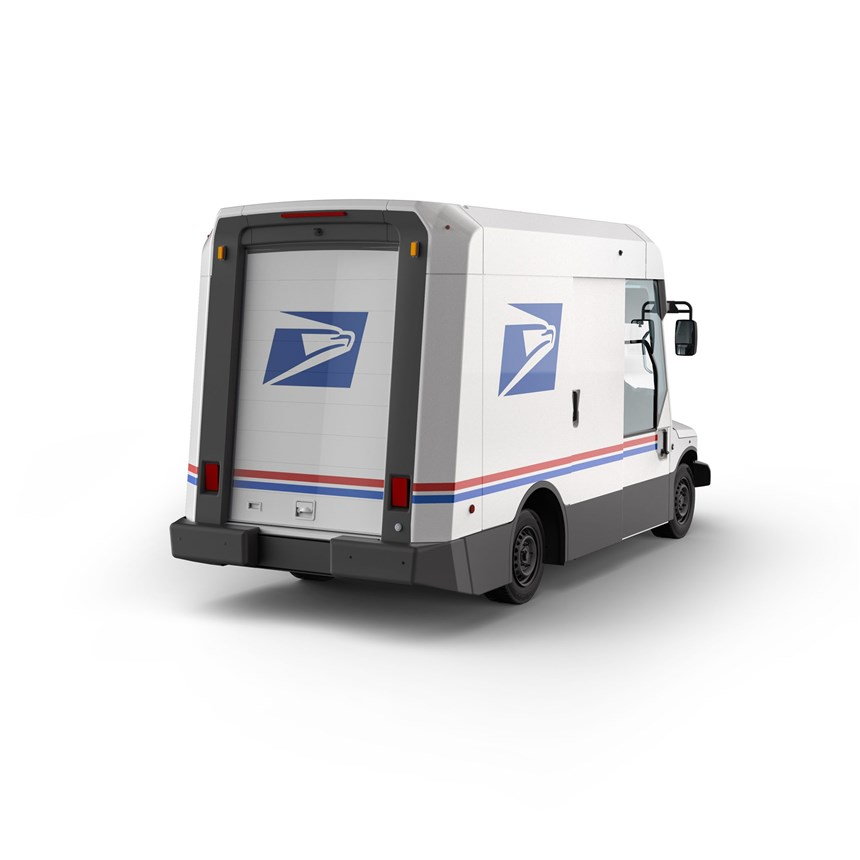 The U.S. Postal Service recently announced that it would be creating “a new generation of U.S.-built postal delivery vehicles” to replace its current delivery fleet by 2023. Wisconsin-based tactical vehicle manufacturer Oshkosh Defense will assemble 50,000 to 165,000 “Next Generation Delivery Vehicles (NGDV) as part of a 10-year $482 million contract. Among other things, the tall, boxy design gives drivers more visibility on the road, enhanced braking and traction control, a collision avoidance system with audio warnings, more overall comfort, and increased cargo capacity.

As usual, the steering wheel will be on the right so mail carriers can simply lean out the window to access curbside mailboxes. The drivers will also enjoy air conditioning, a sliding side cargo door, a walk-in cargo area with cab access, back-up cameras, a 360-degree camera, blind spot warnings, and bumper sensors. The lower chassis makes it easier for mail carriers to get in and out of the truck all day. Interior photos aren’t yet available, but it looks like drivers might be able to stand full-height inside, which would also be easier on their bodies. The larger cargo area will be more comfortable to navigate, making it easier to organize the many packages Americans order these days. 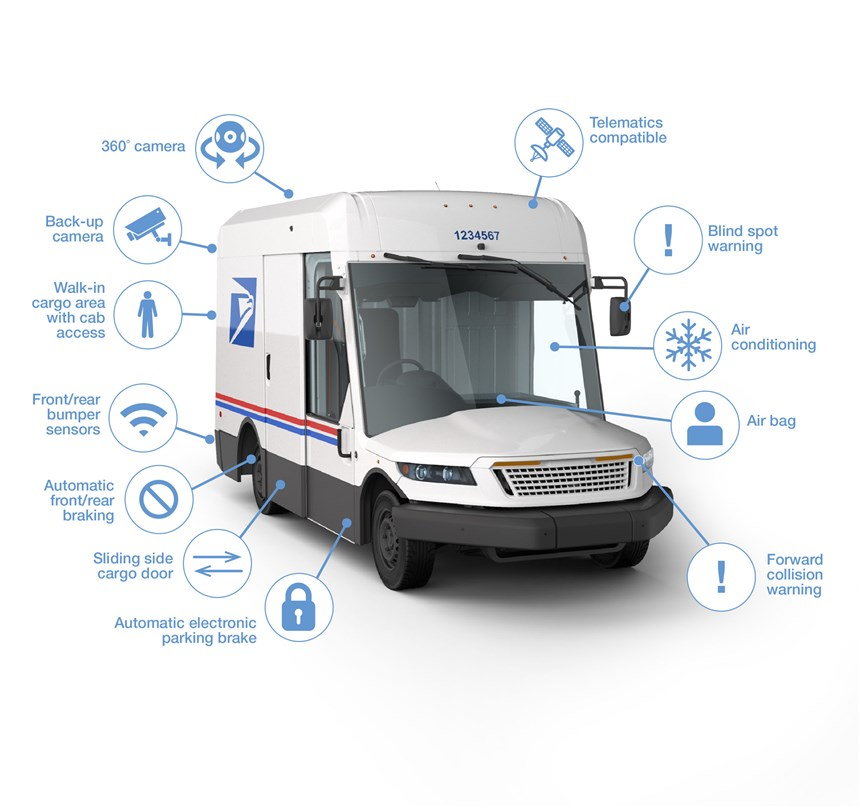 As Curbed notes, pedestrian fatalities have increased in the U.S. over the last decade even as overall traffic deaths have declined, and safety experts say that’s largely due to the growing popularity of SUVs and trucks. These tall, heavy vehicles have a larger “strike zone,” which leads to more serious injuries and big front-end blindspots that make it hard to see pedestrians.

Many new vehicles completely rely on features like sensors and backup cameras to get around these issues, but — as much as you might cringe at the idea of more cars on the road looking like this duck truck — the larger wraparound windshield is a simpler, more practical choice. Plus, the low height of the hood and bumper makes the strike zone smaller and more likely to hit you in the legs, throwing you up and then off toward the side instead of under the wheels.

well we absolutely love to see it pic.twitter.com/HSka11b74H

The trucks will also be more environmentally friendly, featuring either fuel-efficient internal combustion engines or battery electric powertrains that can be retrofitted to keep up with future advancements in electric vehicle technologies.

“As the American institution that binds our country together, the U.S. Postal Service can have a bright and modern future if we make investments today that position us for excellence tomorrow,” says Postmaster General and USPS Chief Executive Officer Louis DeJoy. “The NGDV program expands our capacity for handling more package volume and supports our carriers with cleaner and more efficient technologies, more amenities, and greater comfort and security as they deliver every day on behalf of the American people.” 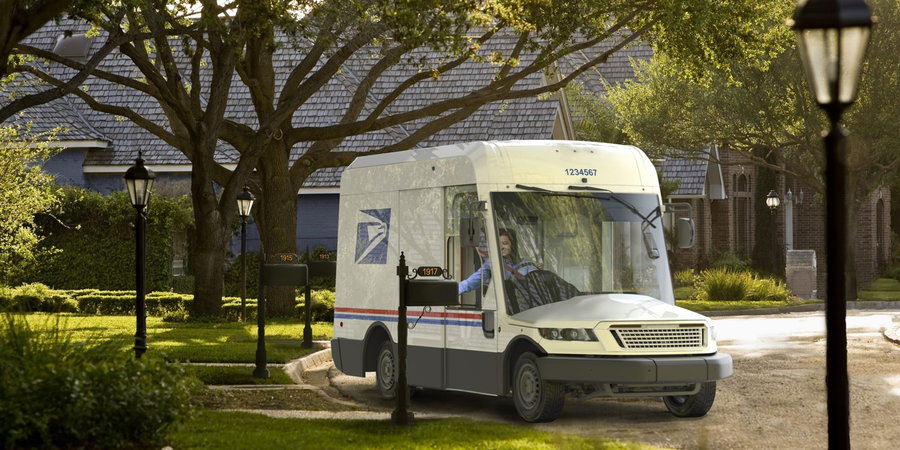 So laugh all you want, but the new USPS mail truck is actually a pretty smart design, especially for slow-moving electric vehicles operating in both urban and suburban areas.