When a real-life car takes inspiration from a far-out fantasy film like Avatar, you know it’s going to be wild. Mercedes-Benz certainly didn’t disappoint in that regard with VISION AVTR, a new concept vehicle that not only looks like it time traveled here from the future, but also runs on vehicle systems controlled by the driver’s mind. 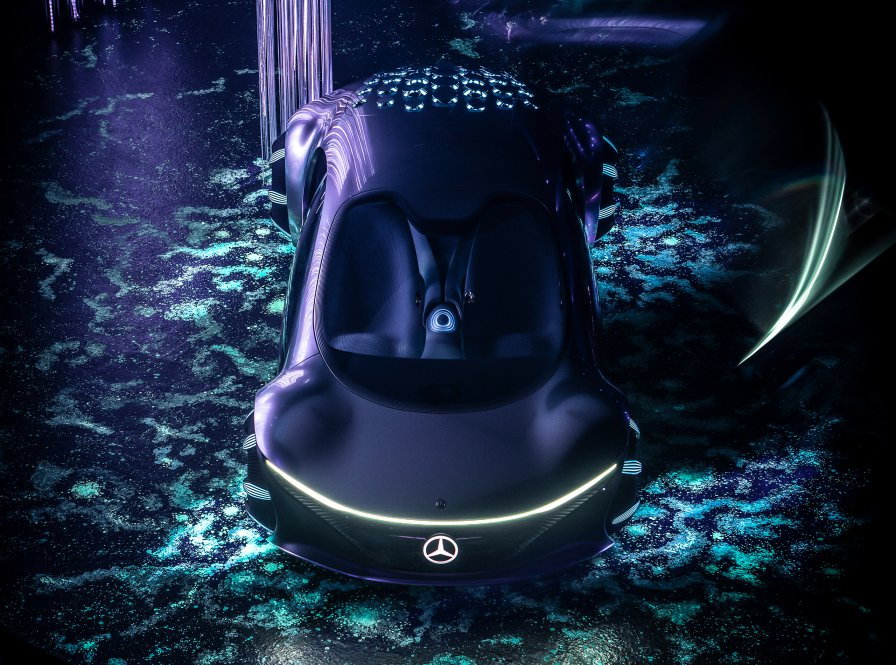 Powered by four individually controllable electric motors with all-wheel drive, the car can move 30 degrees sideways through “crab movement,” thanks to the ability to drive the front and rear axles simultaneously or in opposite directions. A central control pad is used in place of pedals, and the steering wheel vibrates and pulsates like a living creature. 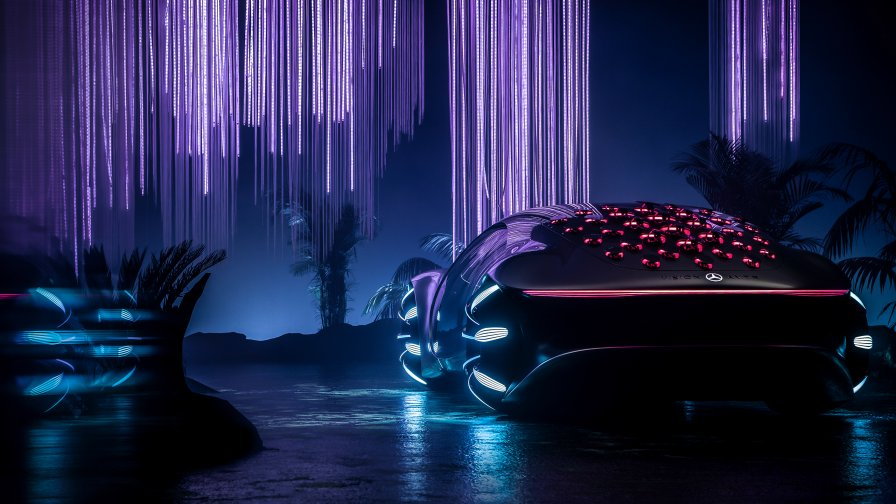 All of these things are pretty out there, but let’s start with what’s got to be the weirdest feature. A brain-computer interface (BCI) device attaches to the driver’s head with a headband and measures brain waves to trigger functions like operating the radio, interior lights, and navigation destinations. The idea is to avoid being distracted by these functions while using the “intuitive control” console unit to drive the car. 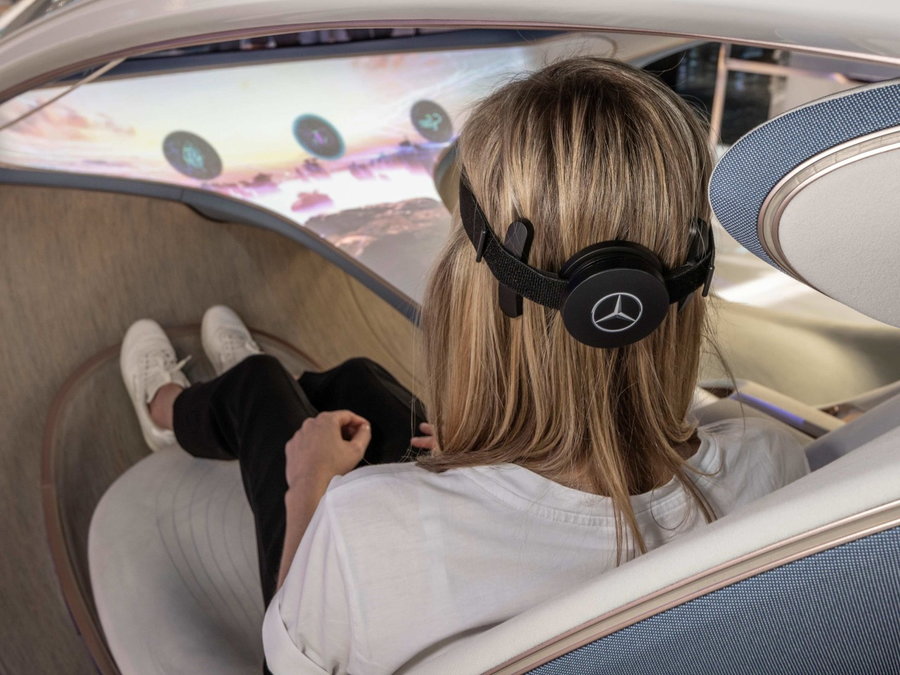 The VISION AVTR creates physical sensations in the console unit to mimic “energy flows” that transmit the feeling of wind resistance while driving in various directions. The console also recognizes the driver by their breathing patterns to personalize the driving experience. In place of a dashboard is a giant curved display module projecting real-time footage of the road and surrounding environment, along with optional 3D graphics of Pandora, the fictional setting of the movie Avatar. Large expanses of the interior are upholstered with color-changing fabric that shifts according to the light. 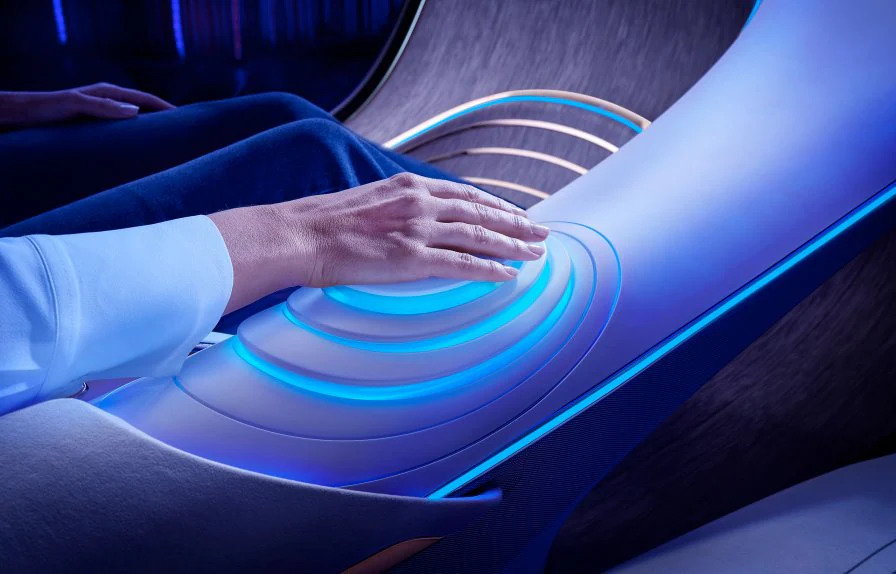 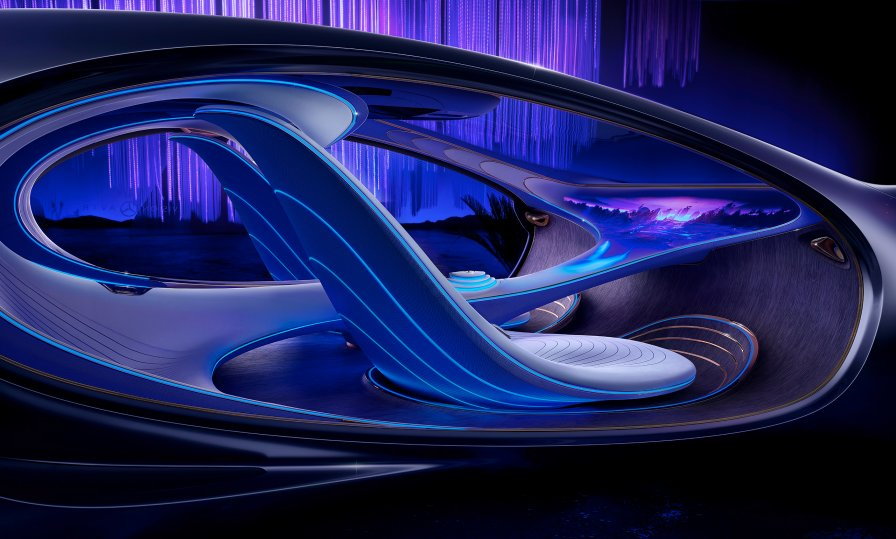 The look of the VISION AVTR is vaguely reptilian, its rear end covered in 33 scales that can move individually. Referred to as “bionic flaps,” they open, close, ripple, and change colors according to the car’s movements. The body consists of the same one-bow design previously used in other Mercedes concept cars, but with an oversized windshield and two transparent doors.

Each wheel is powered by its own electric motor, and together they produce an impressive 469 horsepower. The car’s battery gives it a driving range of up to 435 miles and fully charges in just 15 minutes. While most electric cars have batteries made from toxic and unethically mined materials like cobalt and lithium, the VISION AVTR’s organic cell battery is made of graphene, so it’s theoretically recyclable via composting.

Needless to say, most of the technologies featured in this concept car aren’t ready for prime time. Some of them are still just fun ideas that may or may not ever become a reality, but they do represent some sustainable and forward-thinking goals for the automotive industry to move toward. Plus, Mercedes-Benz really did produce a working prototype, which some lucky influencers got to test out, and the video gives us a good idea of what this bizarre alien supercar looks like in reality.

“When the boundaries between vehicle and living beings are lifted, Mercedes-Benz combines luxury and sustainability and works to make the vehicles as resource-saving as possible,” reads the company’s website. “With the VISION AVTR, the brand is now showing how a vehicle can blend harmoniously into its environment and communicate with it. In the ecosystem of the future, the ultimate luxury is the fusion of human and nature with the help of technology. The VISION AVTR is thus an example of sustainable luxury in the field of design. As soon as you get in, the car becomes an extension of your own body and a tool to discover the environment, much as in the film humans can use avatars to extend and expand their abilities.” 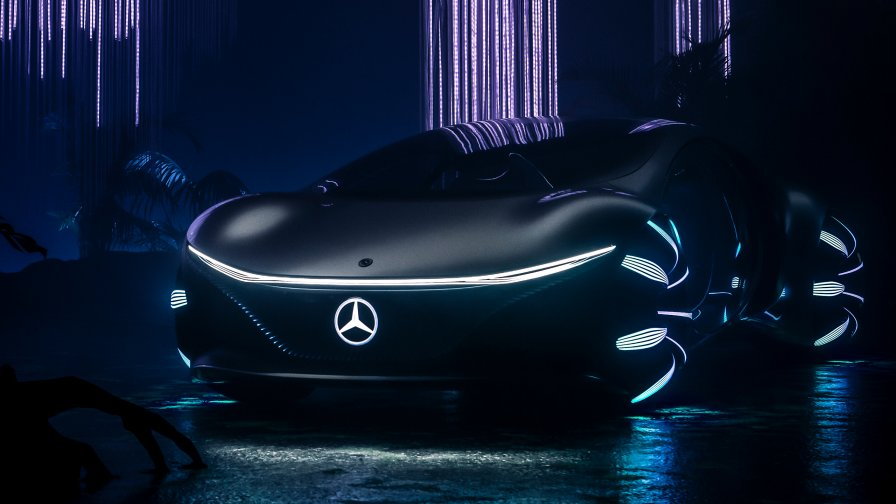 If you’re wondering why Mercedes-Benz would release an Avatar-themed concept car in 2021 when the film came out in 2009, it’s because the first of four planned sequels is headed our way in December 2022.