Spurred by a combination of celebrity endorsements and pandemic boredom, America’s wealthiest consumers are currently obsessed with collecting and decorating their homes with giant crystals. 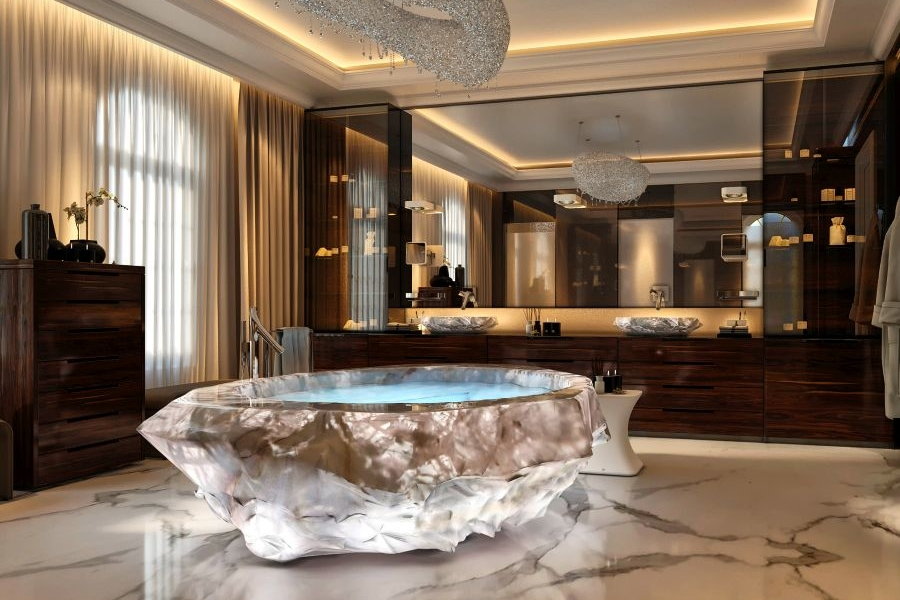 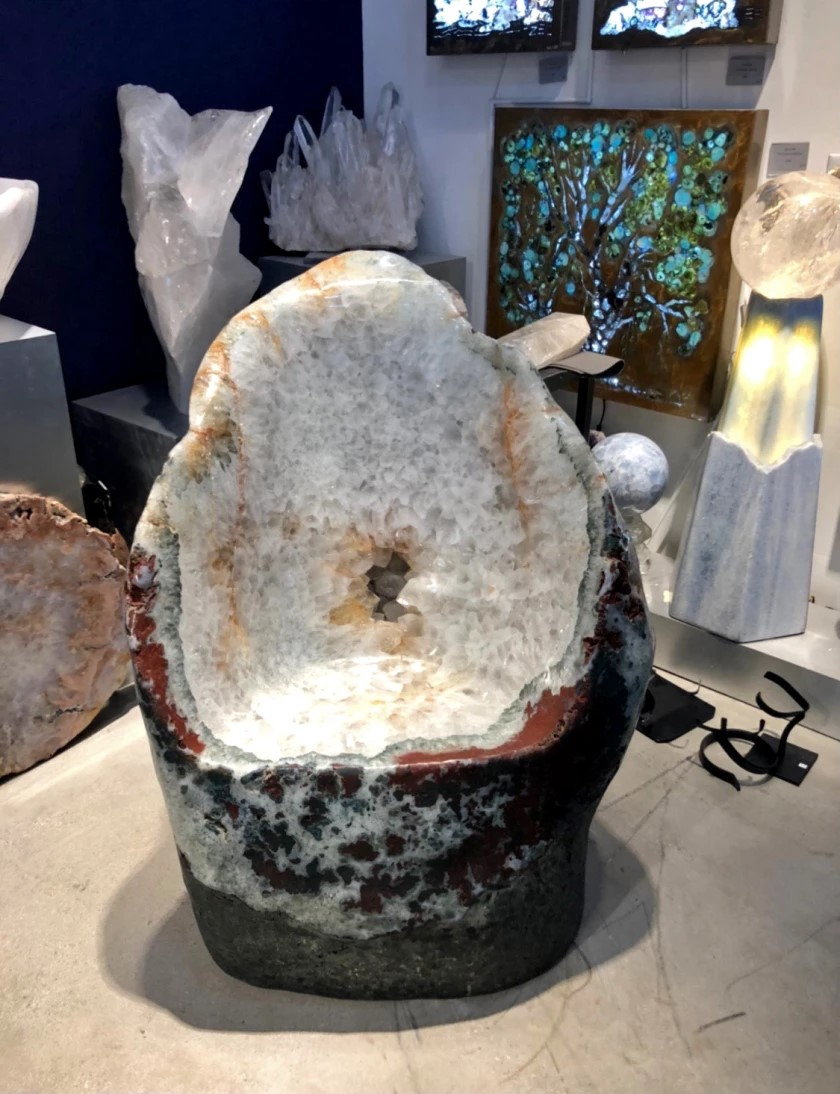 According to a recent feature in the Los Angeles Times, local gem shops are being cleaned out of their largest pieces, selling things like organically carved geode loveseats, coffee tables with crystal bases, and gigantic horizontal slices mounted as sculpture. 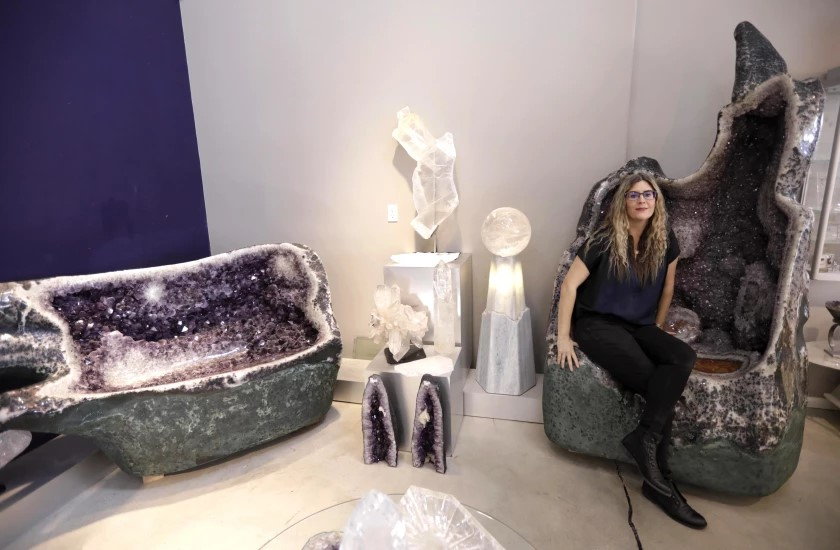 Cheryl Rey, curator and manager of West Hollywood’s Crystalarium shop, has sold four massive gem chairs over the past few months, each valued at a cool $45,000. An amethyst version went to a famous singer, a matching set was sold to a Bel Air couple for pool furniture, and despite its 900-pound frame, the fourth, made from white quartz, was loaded on to a customer’s luxury yacht. Thanks to customers like these, it’s reported that the “near-gemstone” business has turned into a $1 billion global industry annually.

So why is there such a growing fascination with crystals? “People have always had this fascination with precious stones. But people latched on to crystals partly because they have these contradictory physical qualities: They are both dark and transparent. You can see through them, but not really,” says Stanford professor Marisa Galvez, an expert on crystal history. 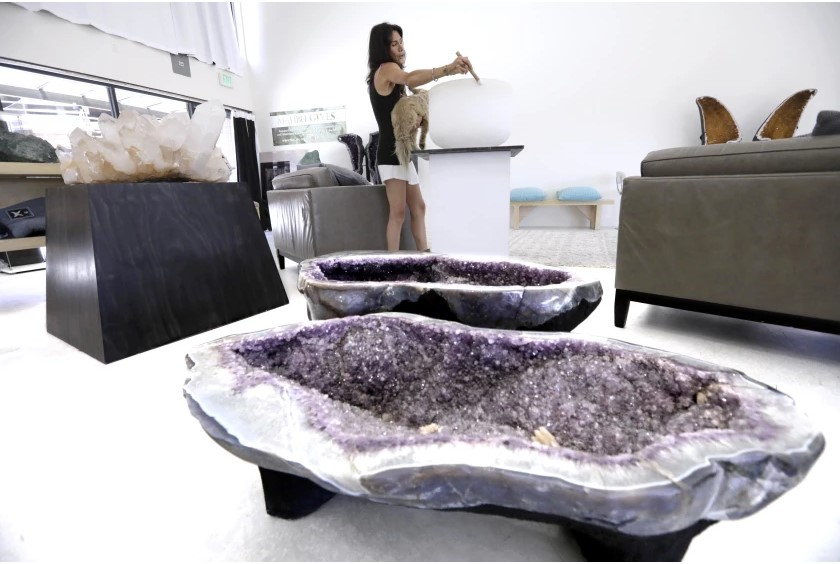 “In the Middle Ages, people also thought that crystals would bring a spiritual presence. People had this hunger to have something physical that embodies faith and spirituality. People still have that hunger now, and that’s why crystals are so popular. Crystals, in a way, fulfill a spiritual need for some people. Some people go to church, some do yoga, and others collect and meditate with crystals.”

Many celebrities have championed the mystical properties of crystals in recent years. Singer-designer Victoria Beckham is so enamored of their healing powers that she built them into her fashion creations in 2018. “We clipped crystals onto belt loops and included secret pockets for them on wide leg trousers — so you can carry charms wherever you go,” Beckham explained in an interview with Elle magazine. 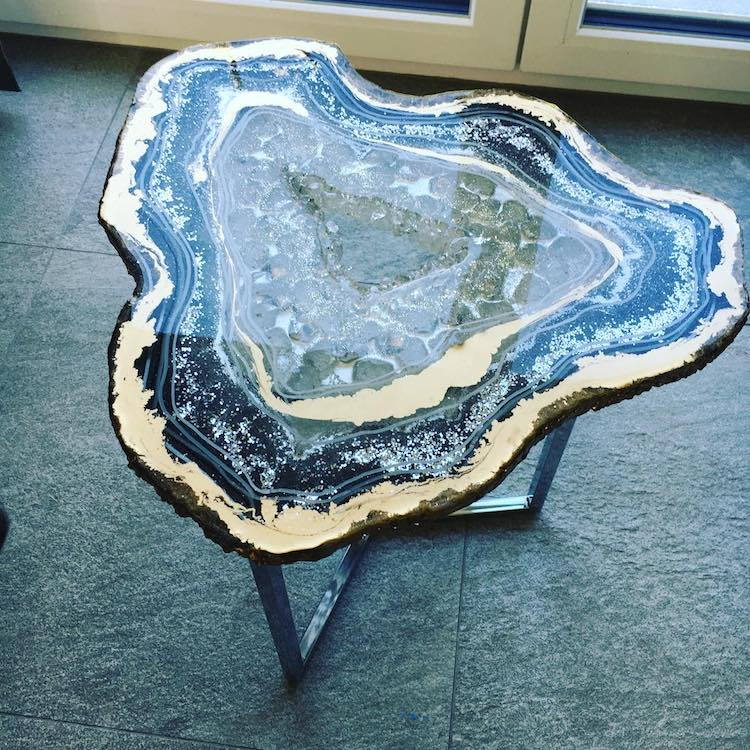 Singer Adele divulged that she holds crystals to conquer stage fright, while Kim Kardashian has a crystal-themed perfume line and model Miranda Kerr keeps them in her bathtub.

“Over the years, what I have found with the very wealthy is that they are into alternative methods of everything,” Rayni Williams, a luxury real estate agent in Beverly Hills told the LA Times. And Williams is into the crystal craze as well, placing several enormous pieces in her offices to “bring abundance” and for “accruing good real estate and protecting your assets.” 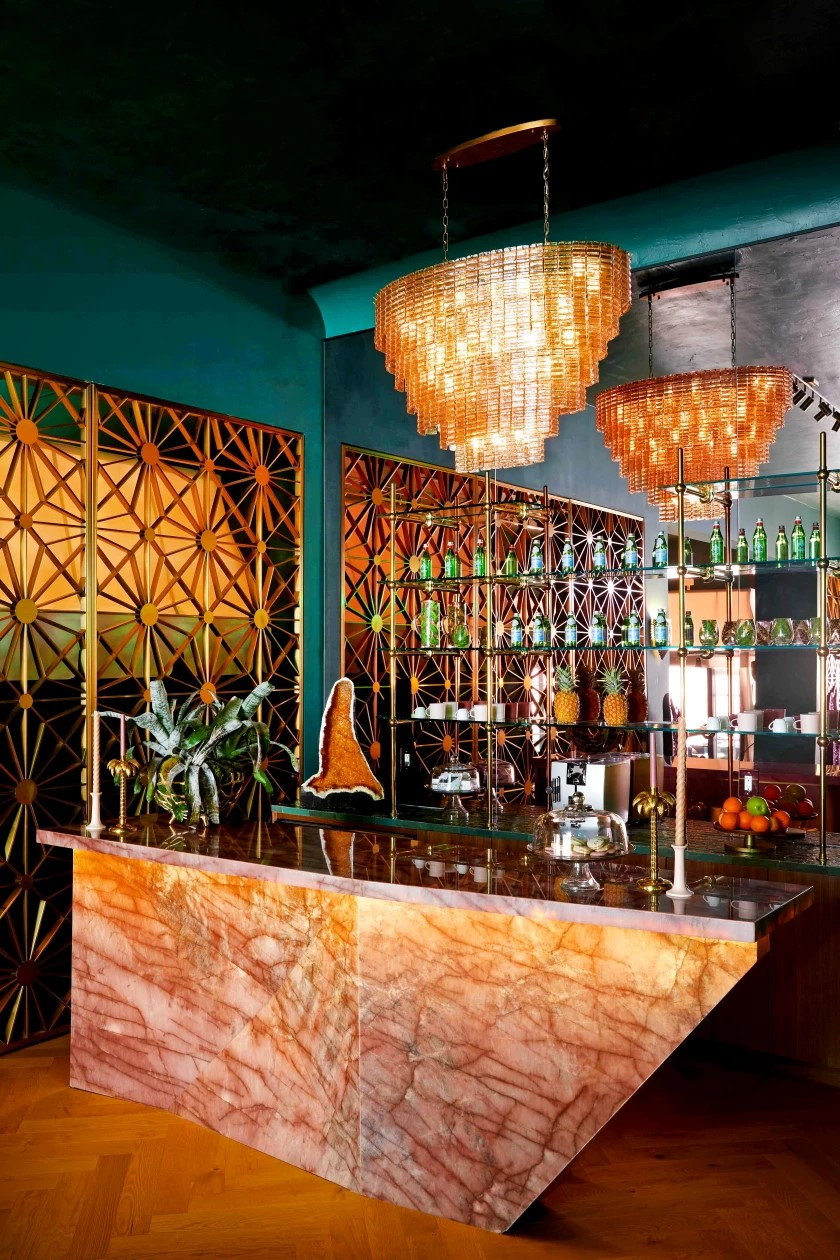 Of course, the recent COVID-19 lockdowns have likely factored into the more recent surge in crystal decor popularity. Wealthy individuals, bored, depressed, and looking to one-up their neighbors have turned to near-gems as an alternative to fine art. These giant geodes are similarly rare, with every piece being totally unique. They also create immense visual drama and spectacle in a home.

There is a concern, however, that the trend cannot continue forever. “It’s a beautiful thing to know that the stones are catching on, but there’s a finite quantity of them,” said Rey of the Crystalarium, who has done business with well-heeled buyers from all over the globe. “Once it’s collected, it’s all gone.”