Do you live to work, or work to live? If your answer is the former, Chairbox Design has the perfect office chair just for you. “The Last Shift” is a coffin-shaped office chair on wheels referencing both the shorter lifespan expected of people who sit far too much, and the poor quality of life typically experienced by worker drones who are a little too dedicated to their employers. “Once the employee dies at work, the management just needs to nail the lid and roll them into a corporate cemetery,” says the designer. “Simple yet efficient.” 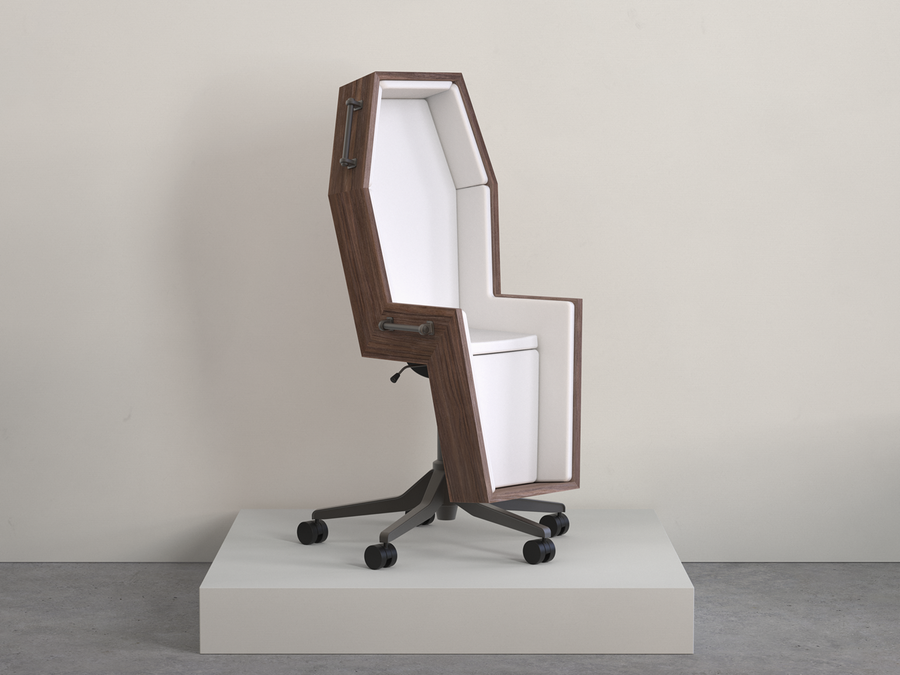 The founder of UK-based design studio Chairbox came up with the idea while lying on the floor with his legs on a couch. He wondered whether dying in this pose would require burying him in a special seated coffin (if you’re curious, the answer is that morticians have a different way of dealing with rigor mortis: massaging the corpse to loosen the stiff muscles). This thought process led the designer to mull the symbolism of a seated coffin. 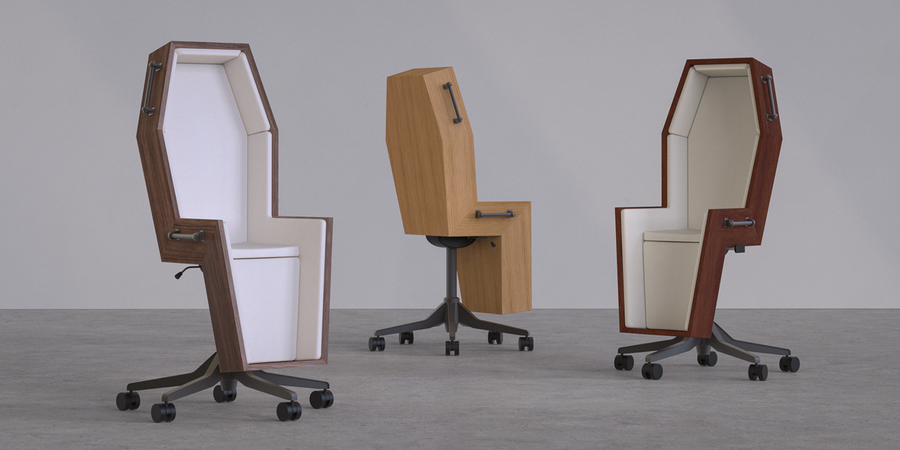 As you’re probably aware by now, sitting kills. Researchers have linked sitting for long periods with health concerns like obesity, increased blood pressure, high blood sugar, deep vein thrombosis, diabetes, and stroke. It might even make you more likely to get dementia and various types of cancer. Sitting for six to eight hours a day can even undo the beneficial effects of exercising when you’re off the clock.

“Another issue is exploitation,” Chairbox says. “While we spend most of our time at work most of us can’t afford some basic things. The gap between rich and poor is growing exponentially. What’s shocking is that it’s widely accepted by society, it became a norm that we spend our lives at work slowly killing ourselves and getting almost nothing out of it. The whole grind culture is just wrong, it feels to me like voluntary slavery. We’ve been gaslit into thinking that this is the life as it suppose to be. We sit in those coffins and generate value for the stakeholders, but once the time has come they nail the lid and roll us to the corporate cemetery.” 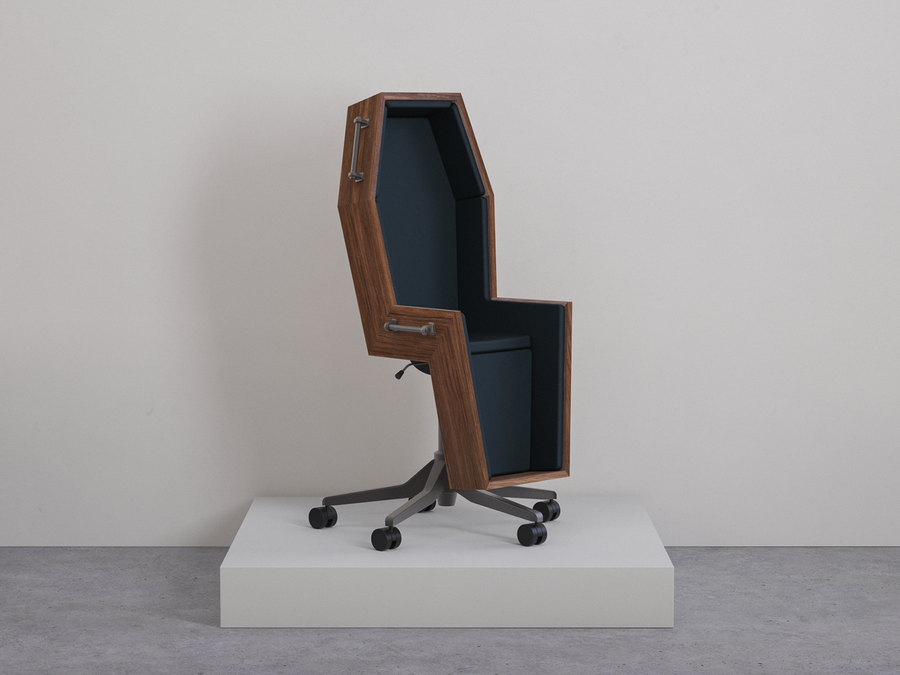 The design is meant to prompt a little internal investigation into what we’re doing with our lives, and whether working in offices for employers who don’t value us as human beings is really worthwhile. After all, you could spend your entire adulthood proving what a great asset you are by working overtime, rarely taking sick days or vacations, and putting your employer over your family just to die or get dementia shortly after retirement (if you even make it that far). Meanwhile, another worker drone would be ready to take your place as if you never existed. 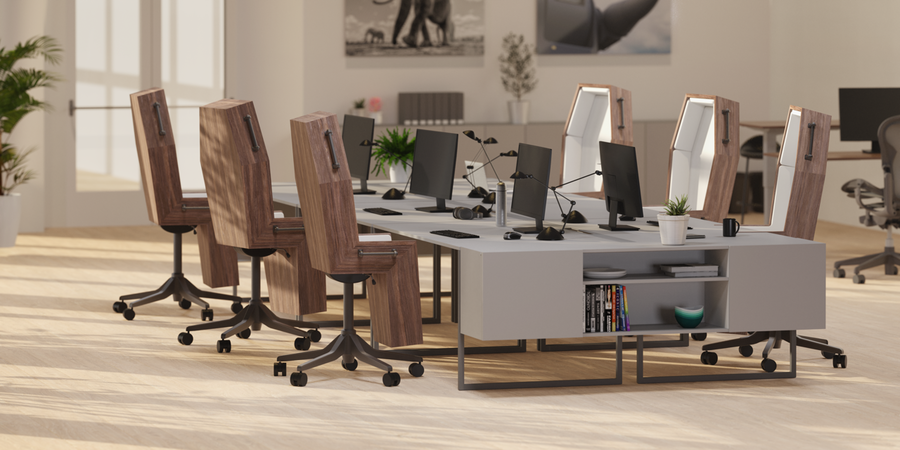 Maybe a change in career is the answer for you. Maybe it’s just a standing desk, or a seat that forces you to actively use your muscles while working. Some great options include the rounded Rodeo Chair, which can actually strengthen your spine with enough use; so-called “active stools,” or even just yoga balls that force you to balance yourself the whole time you’re sitting; or designs like the ZestDesk, which allows you to bring a portable standing desk wherever you go.