Unlike the early 20th century, the infant stages of the 21st century have focused mainly on technology and its impact (good or bad) on business, transportation, and life in general. Meanwhile, spectacular feats of architecture are often overlooked, despite the fact that they are just as stunning and brilliant as any technological advancement might be. Without further ado, feast your mind and eyes on these dazzling structures, all of which will be officially completed in 2018. 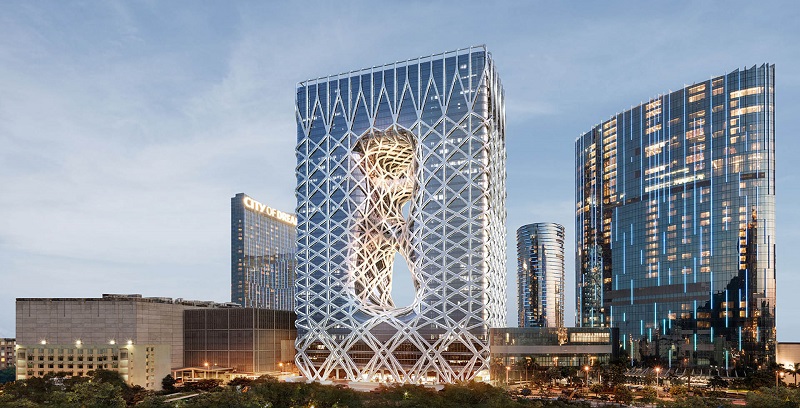 Often referred to by its designers as the “world’s first free-form exoskeleton high rise,” the Morpheus Hotel makes up part of the internationally famous City of Dreams casino wonderland in Macau. Considered an architectural tour de force, the hotel was designed in 2016 by celebrated architect Zaha Hadid, who passed away in the same year. Among the most fantastic aspects of this 40-floor monolith are its sinuous exposed exoskeleton, a 115-foot-high lobby atrium, an infinity pool on the 40th floor, two sky bridges, and a whole floor of food and beverage purveyors, with two new restaurants from the award-winning French chef Alain Ducasse.

Heneghan Peng Architects met a tough challenge when they signed on to design and construct the Grand Egyptian Museum in Giza. Hailed as the largest archaeological museum in the world, it’s built on the plateau near the Great Pyramid, the last standing remnant of the Seven Wonders of the Ancient World.

In an artistic homage to the local topography, the architects designed the building to include a dramatic 164-foot height difference between its tallest and shortest sides. The structure stretches from the plateau to the lowland, much like the Nile River flows from the African highlands into the Mediterranean Sea. 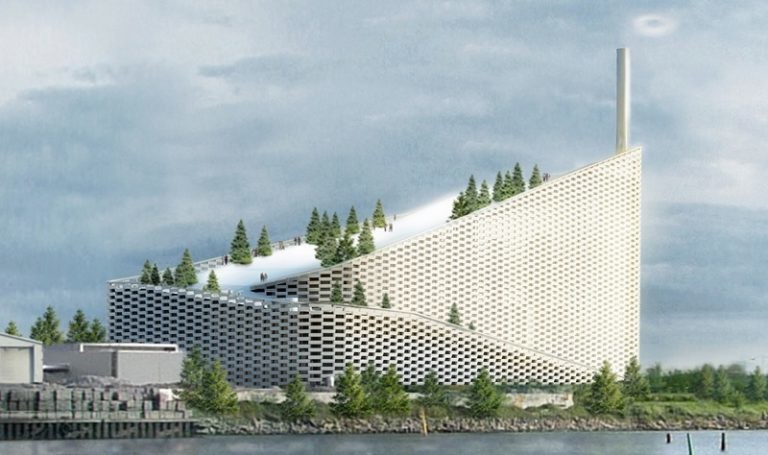 Not all the architectural wonders of 2018 are just pretty faces — some also boast integrity and purpose in addition to beauty. Take, for instance, forty-three year old Danish wunderkind Bjarke Ingels’ latest visionary venture: the ARC Power Plant in Copenhagen.

Reaching the peak of inspired brilliance, this high-tech structure artfully blends radical design with environmentally responsible architecture. Sheathed in aluminum, the plant is projected to burn 400,000 tons of waste annually to produce enough clean energy to power 60,000 local homes. Since Copenhagen’s plan is to become the world’s first zero-carbon city by 2025, it’s safe to say that the ARC Power Plant is imperative to the city’s cause.

Lest people think working all the time makes for a dull life, this amazing plant also incorporates room for a ton of fun. Ingels also built a 1500-feet-long ski slope into the building, adding it to the exclusive list of the world’s longest artificial ski slopes. Beginning, intermediate, and expert skiers can all access the appropriate slopes through an elevator inside of the plant. Since Denmark gets plenty of snow but has only a few steep slopes, the ARC Power Plant opening is sure to be even more exciting for the locals. 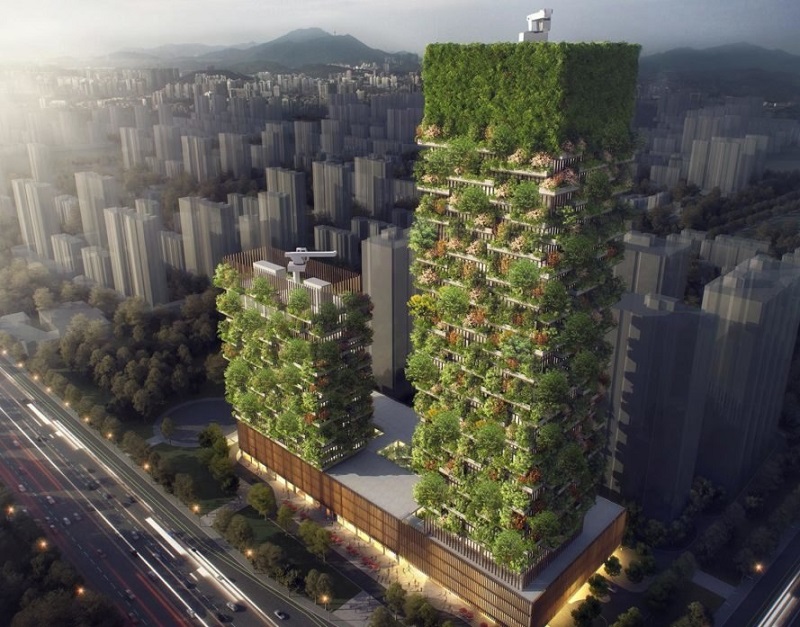 In a region known for spewing out the most carbon dioxide emissions on earth, the Nanjing Green Towers couldn’t possibly receive a warmer welcome. This vertical forest is the creation of Stefano Boeri, who gained worldwide notoriety after completing his vertical forest in Milan back in 2014. That Italian marvel boasts a whopping 1,100 trees and 2,500 flowing plants, all of which serve to colorfully absorb some of the city’s CO2.

Boeri’s Chinese skyscraper will not only serve as a big boost for the environment, but it’ll also include offices with breathtaking views, an eco-friendly architecture school, a museum, a rooftop nightclub, and an upscale hotel.

The National Memorial for Peace and Justice — Montgomery, Alabama

Despite the last couple of years being marred by the sometimes violent events surrounding the debate over Confederate statues and monuments, the Equal Justice Initiative and the Boston-based MASS Design Group are stoically marching forward with their prototypical National Memorial for Peace and Justice in Montgomery, Alabama. This commemorative project is the only national memorial dedicated to the victims of lynching.

The memorial is more than just a wall of plaques and bronze renderings. Instead, the site reveals the horror of lynchings to every visitor. When patrons enter the venue, they walk alongside dark red columns inscribed with both the names of the victims and the counties where these atrocities occurred. The ground gradually angles downward while the columns remain unchanged, causing them to ultimately hang above the visitors’ heads. The same dark red columns are also located throughout the rest of the museum. To raise awareness in all 50 states, columns will eventually be sent to all US counties in which lynchings took place.