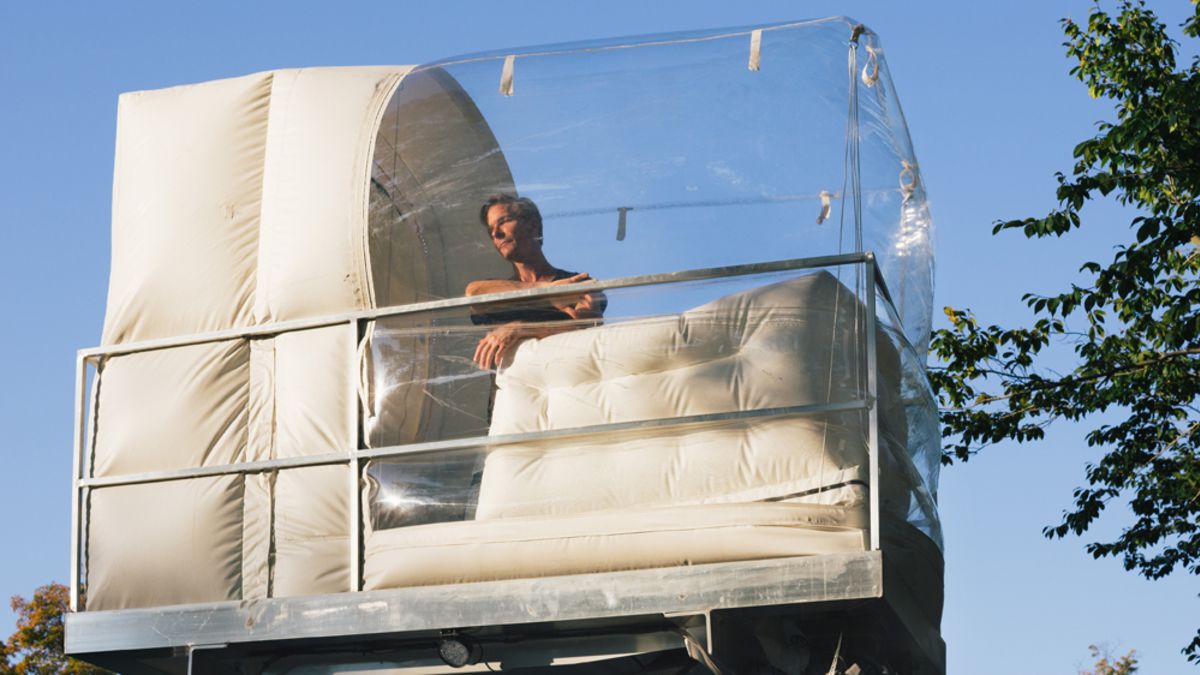 Philip Johnson’s Glass House has long been a highly admired piece of American architecture, but until now it has been admired on its own without the consideration of additional surrounding architecture. Artist Alex Schweder wanted to do his part to help the public see the Glass House in a new light, so he created a companion piece to the iconic glass-walled home. 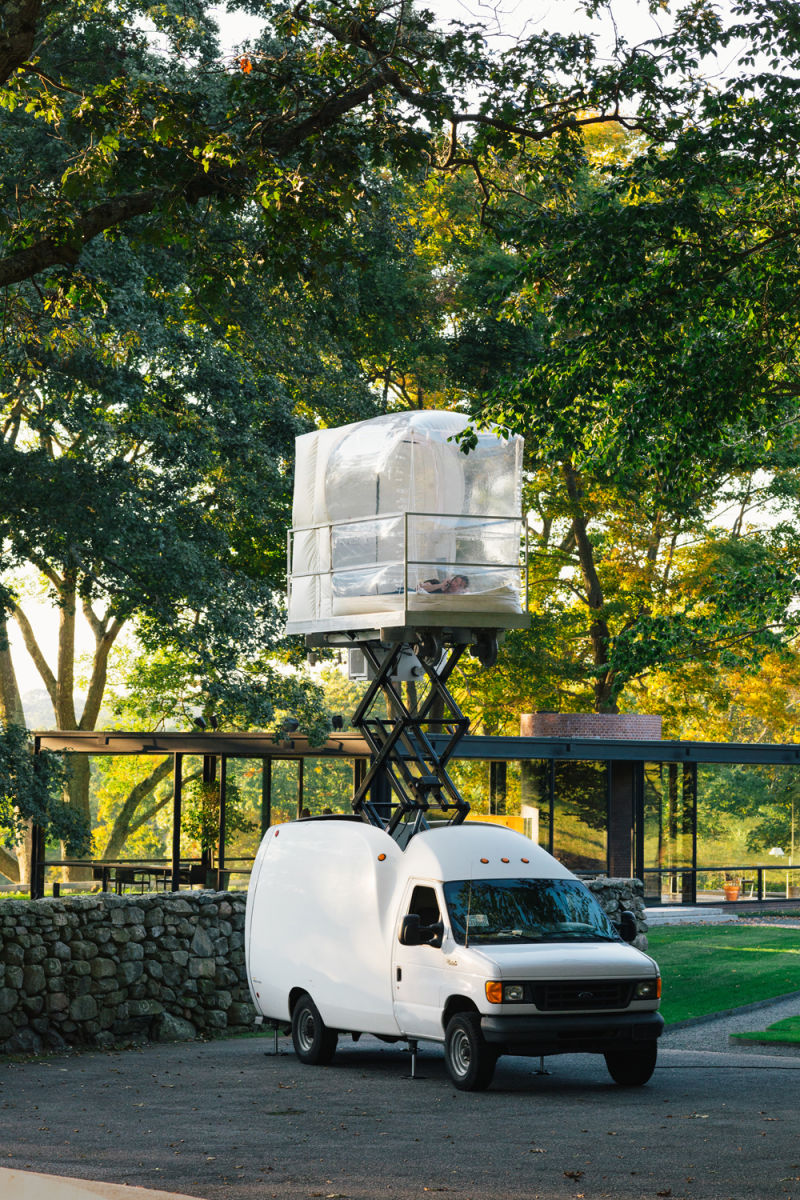 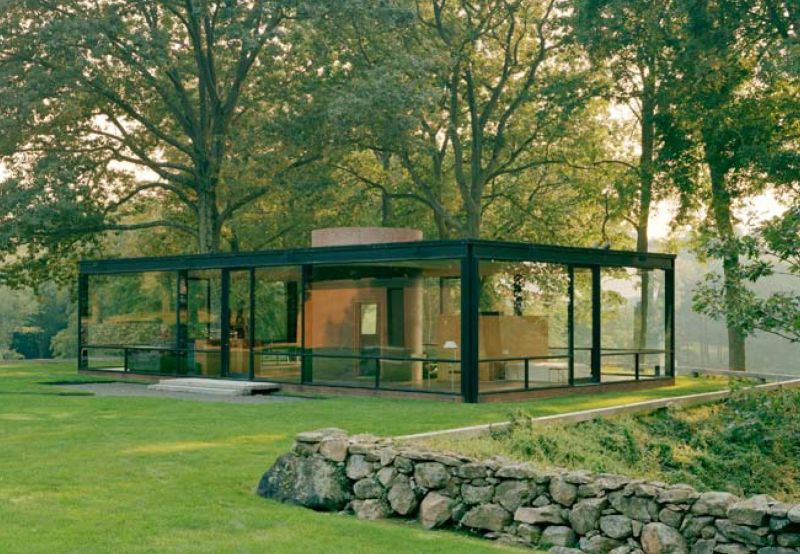 Schweder’s work is called “Rehearsal Space,” and it too features transparent walls. The room is a plastic bubble that is lifted 22 feet off of the ground by a scissor lift attached to a van. An electrical cord runs from the Glass House to the Rehearsal Space. All in all, this little plastic bubble is somewhat of a mobile living unit. 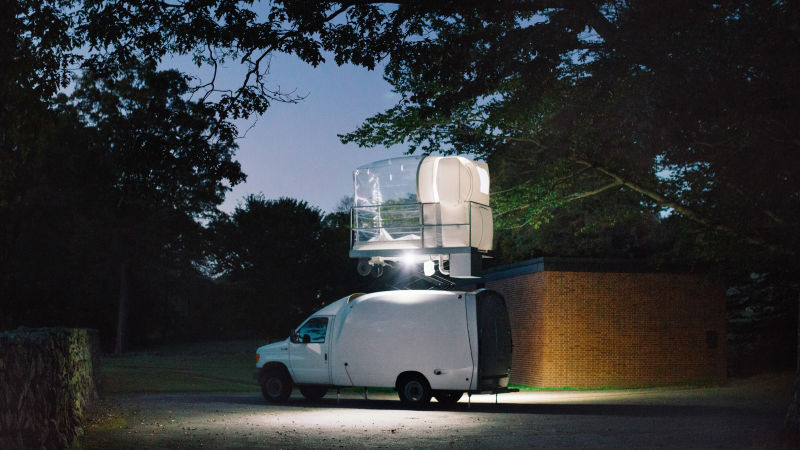 For ten days, Schweder lived alone in his bubble and studied Philip Johnson’s own writings. The goal of the display, according to the artist, was to encourage viewers to consider the issues of exposure and intimacy, two elements that are in constant opposition in our daily lives.

“Connected to the Brick House by a power cord, Schweder’s van contains an inflatable room that can be raised twenty-two feet in the air by a hydraulic system. An interior control panel allows the artist to toggle the furniture between a sofa and a bed. The entrance, which is also a private shower and bathroom, serves as an air hatch that balanced the interior air pressure. While in residence, Schweder lived in the inflatable room and worked on a manuscript about “performance architecture” in Philip Johnson’s Studio.”

“The Brick House and the Glass House, designed by Johnson and completed in 1949, form a two-part composition that challenged ideas about domesticity in midcentury America. Connected by a gravel path across a landscaped courtyard, the Glass House and Brick House counterpose transparency and opacity. Although the Glass House and its grounds opened to the public in 2007, the Brick House was closed shortly thereafter because of water infiltration. The National Trust for Historic Preservation continues to raise funds to restore the structure.”