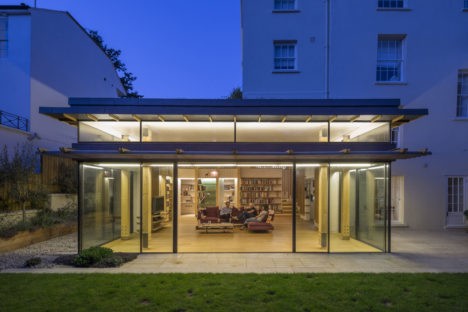 A gleaming glass cube adds over 1,000 additional square feet to a ‘poorly planned’ traditional Georgian house in London, opening the back of the house to the garden. Framed with steel and timber, the modern extension by Cullinan Studio holds both public and private spaces, shifting the heart of the home to a large, bright space that’s private despite its transparency. 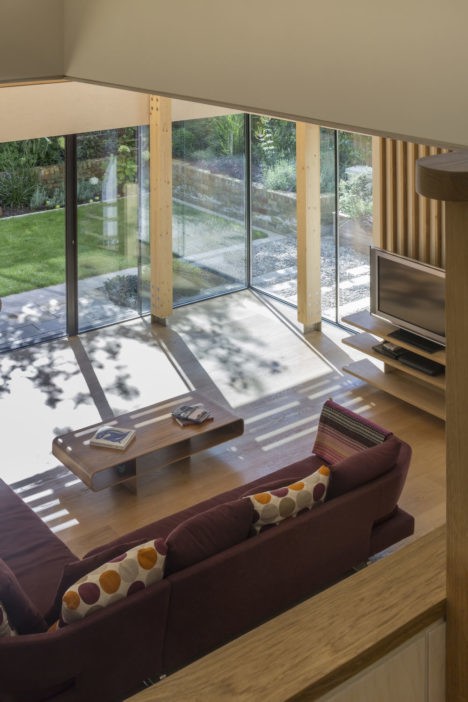 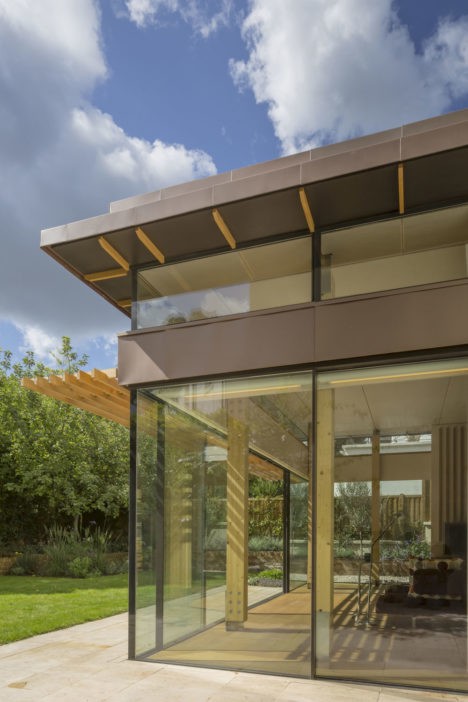 Focusing only on the back end maintains the historic character of the Hampstead house, but eliminates the clumsiness of a series of interventions made to the interiors since the 1960s. While the addition is modern enough to contrast with the traditional look of the original structure, the architects chose materials that were similar to those already in use: off-white masonry panels, waxed birch ply and oak. 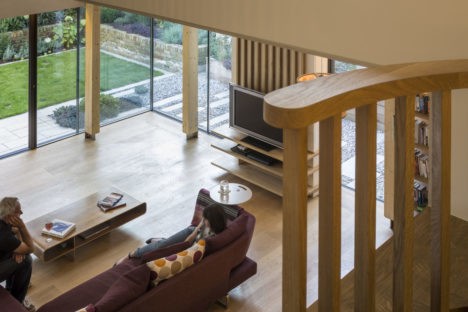 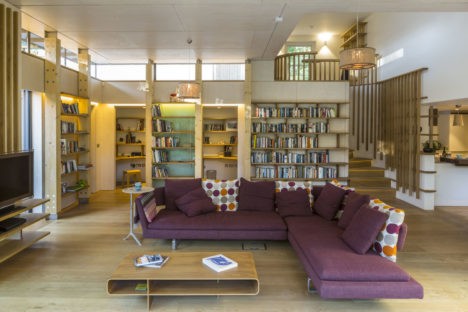 The new spaces, which include a large new central living space and several smaller rooms, open up to each other to encourage movement and interaction. Previously, all of the shared spaces of the home were boxed off from each other and awkward to navigate. 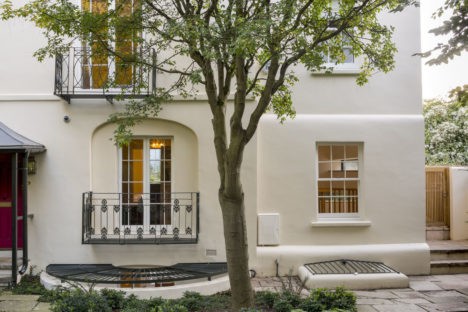 Continue reading below
Our Featured Videos
The extension faces a traditional London garden, so there’s no need to cover all of that glass when the owners want privacy. An upper level terrace offers additional views, and the neighbors now look down upon an attractive sedum roof from their own windows.