Nothing on Earth can be separated from the forces of nature — not even the objects that have played key roles in the world’s most environmentally destructive practices. Oil tanks might be among the last places you’d ever expect to find yourself awestruck by the beauty of a blooming flower or the power of a crashing wave, but a new installation in Shanghai forges these surprising links while making a statement about the possibilities of adaptive reuse. 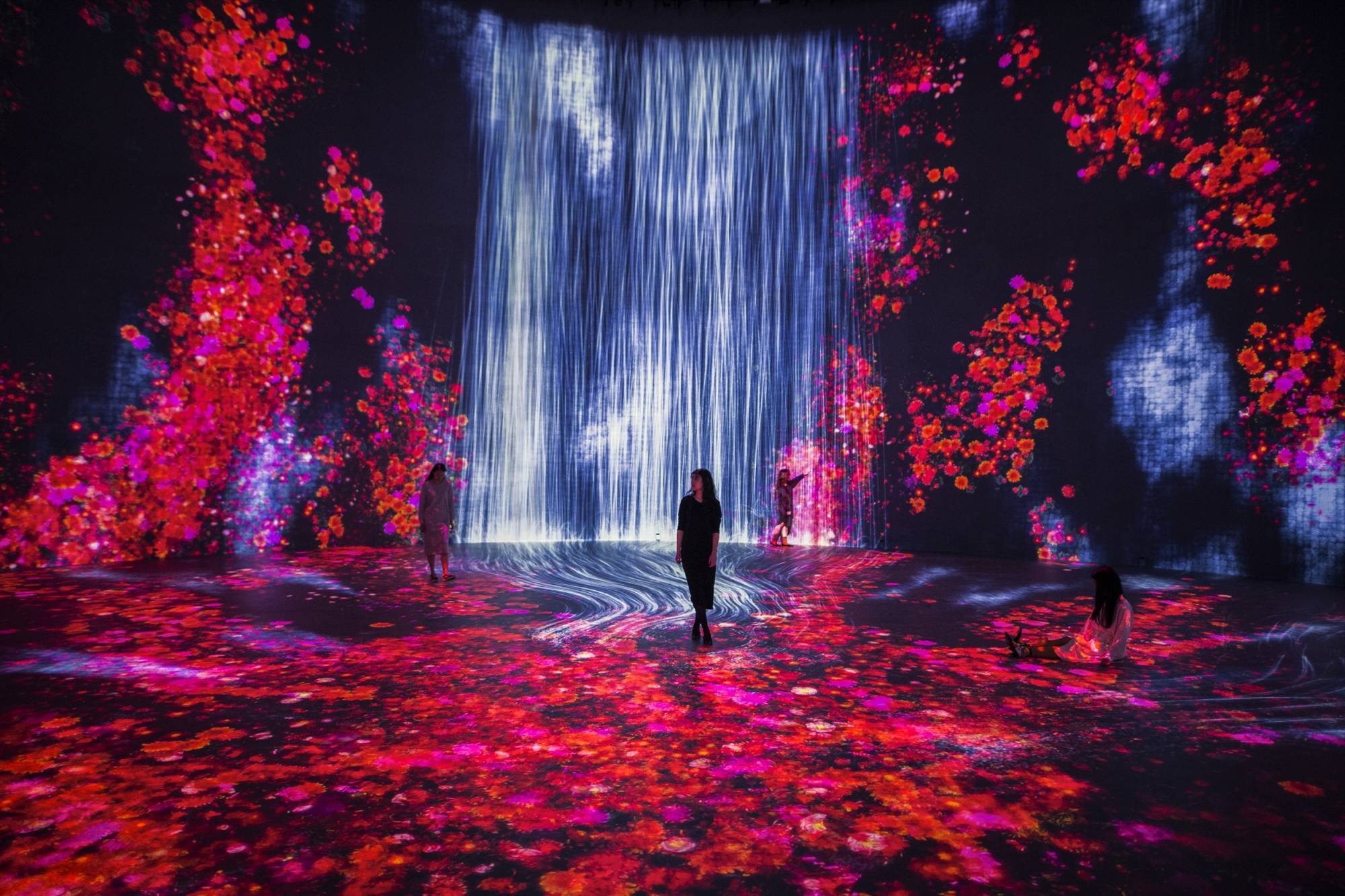 Taking place at TANK Shanghai, an enormous complex the size of 11 American football fields that transforms the former storage tanks for the Longhua Airport into galleries, restaurants, and shops, “Universe of Water Particles in the Tank” is an immersive exhibition by digital art collective teamLab. With the help of ever-changing projected visuals, the team has turned several of these tanks into individual worlds to be explored, each reacting in different ways to the movements of visitors.

The show consists of six works in total, each of which is given a poetic title. The first, for which the show is named, features an enormous waterfall cascading down its tanks interior, flowing out to influence the works around it and representing the transformative power of water.

“Water is represented by a continuum of numerous water particles,” explain the designers. “The interaction between the particles is calculated, and then lines are drawn in relation to the behavior of the water particles. The lines are ‘flattened’ using what teamLab considers to be ultra subjective space. When people stand on our touch the waterfall, they obstruct the flow of water like a rock, and the flow of water changes. The flow of water continues to transform due to the interaction of people. Previous visual states can never be replicated, and will never reoccur.” 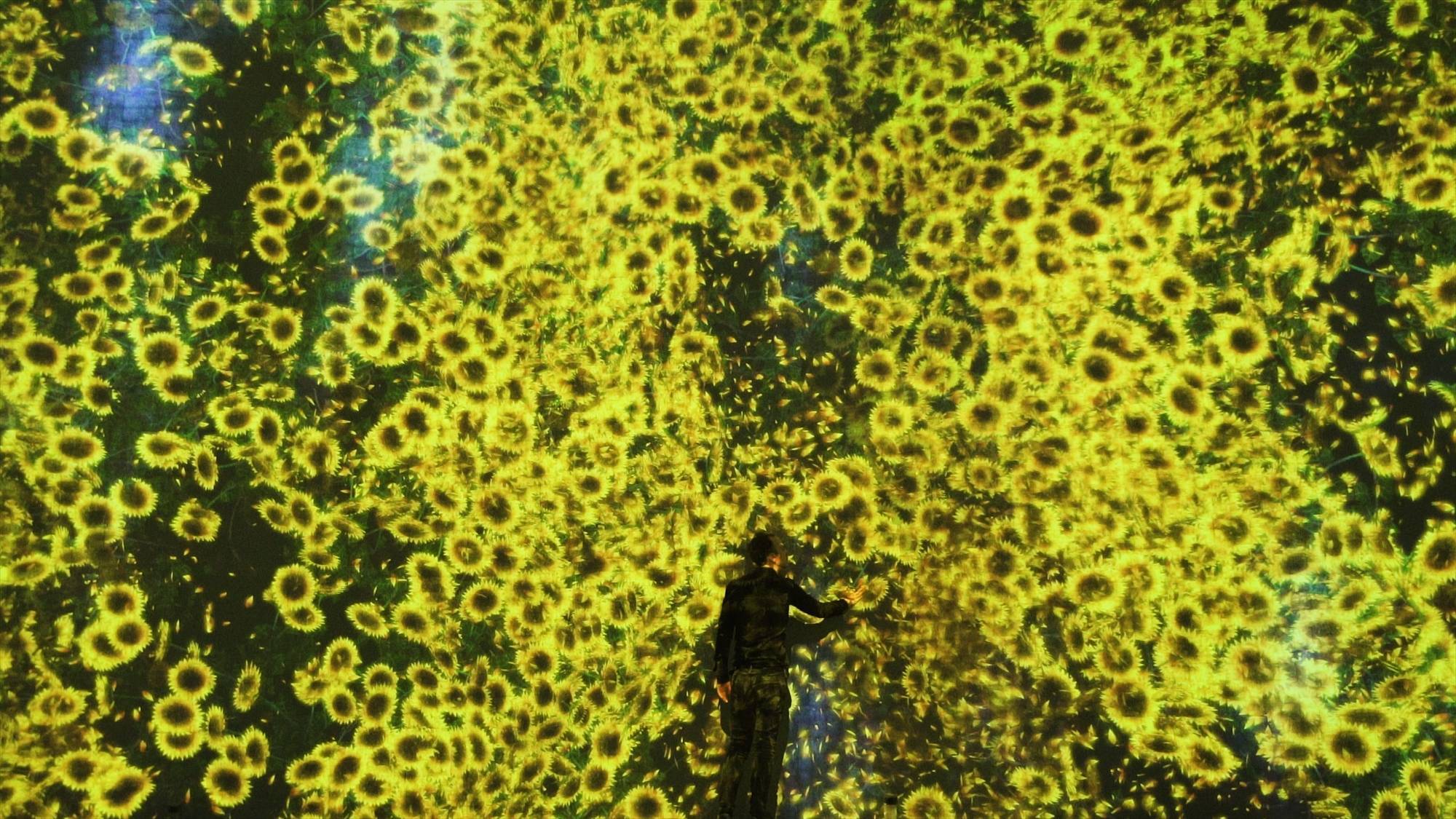 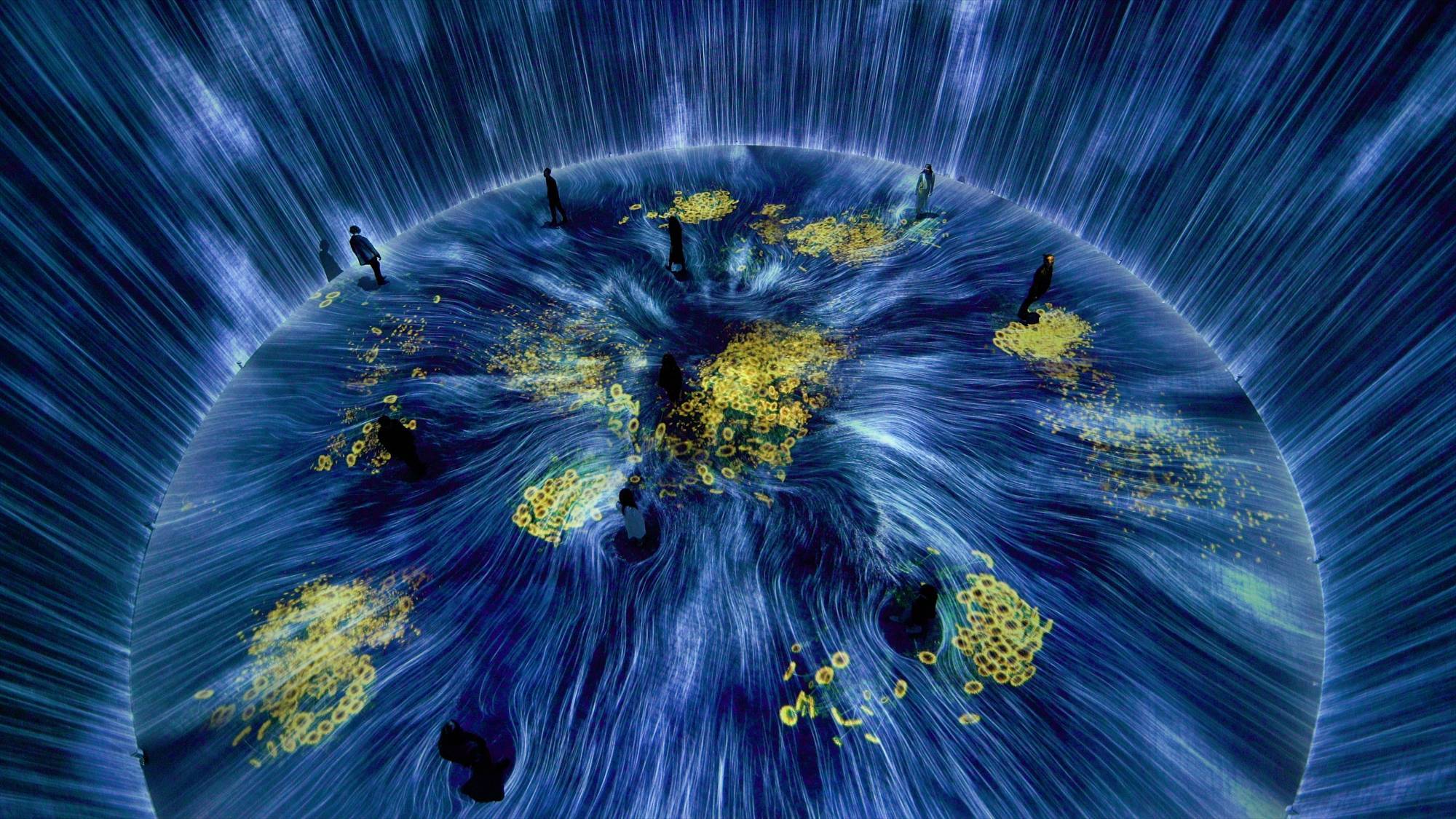 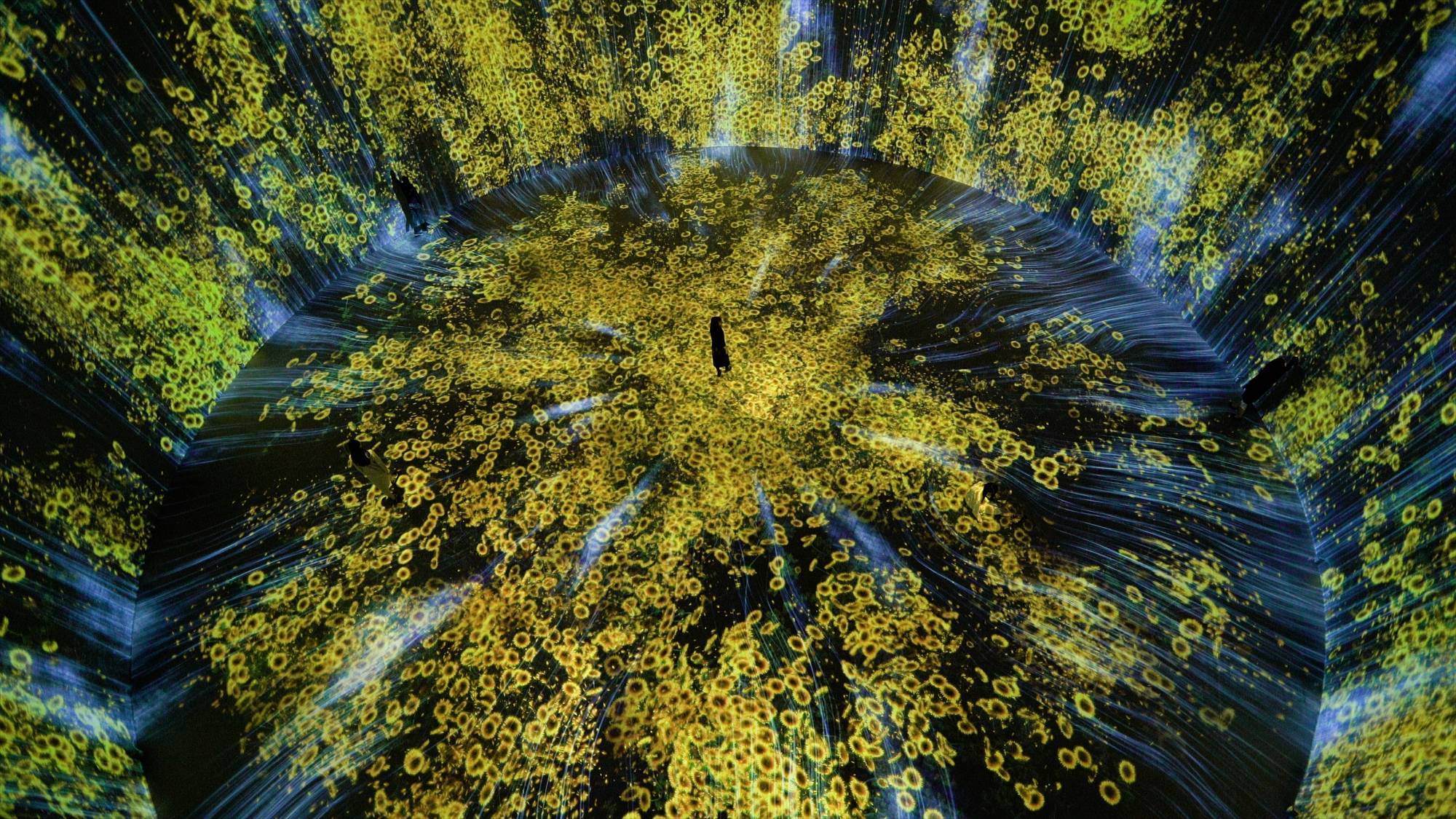 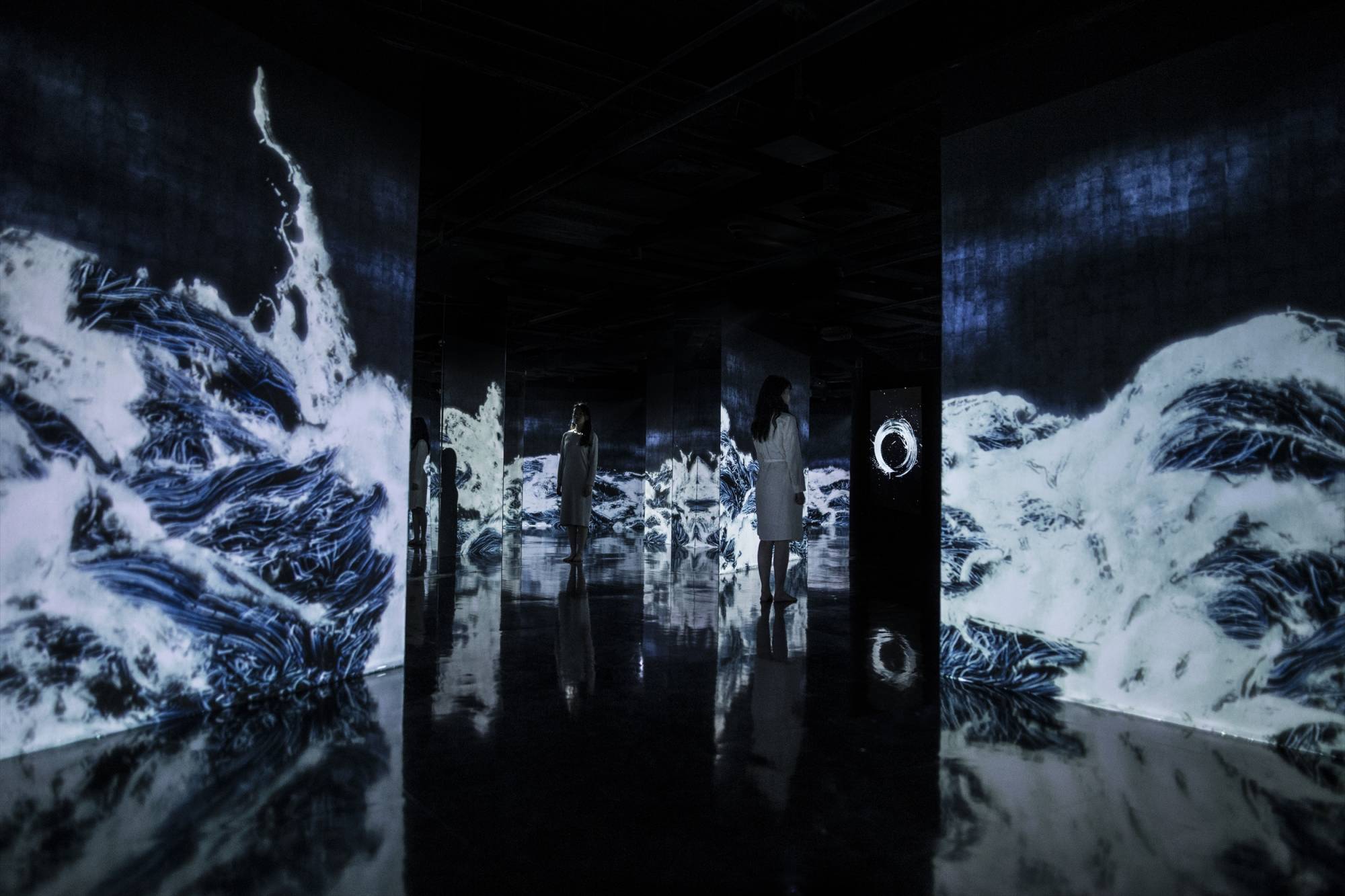 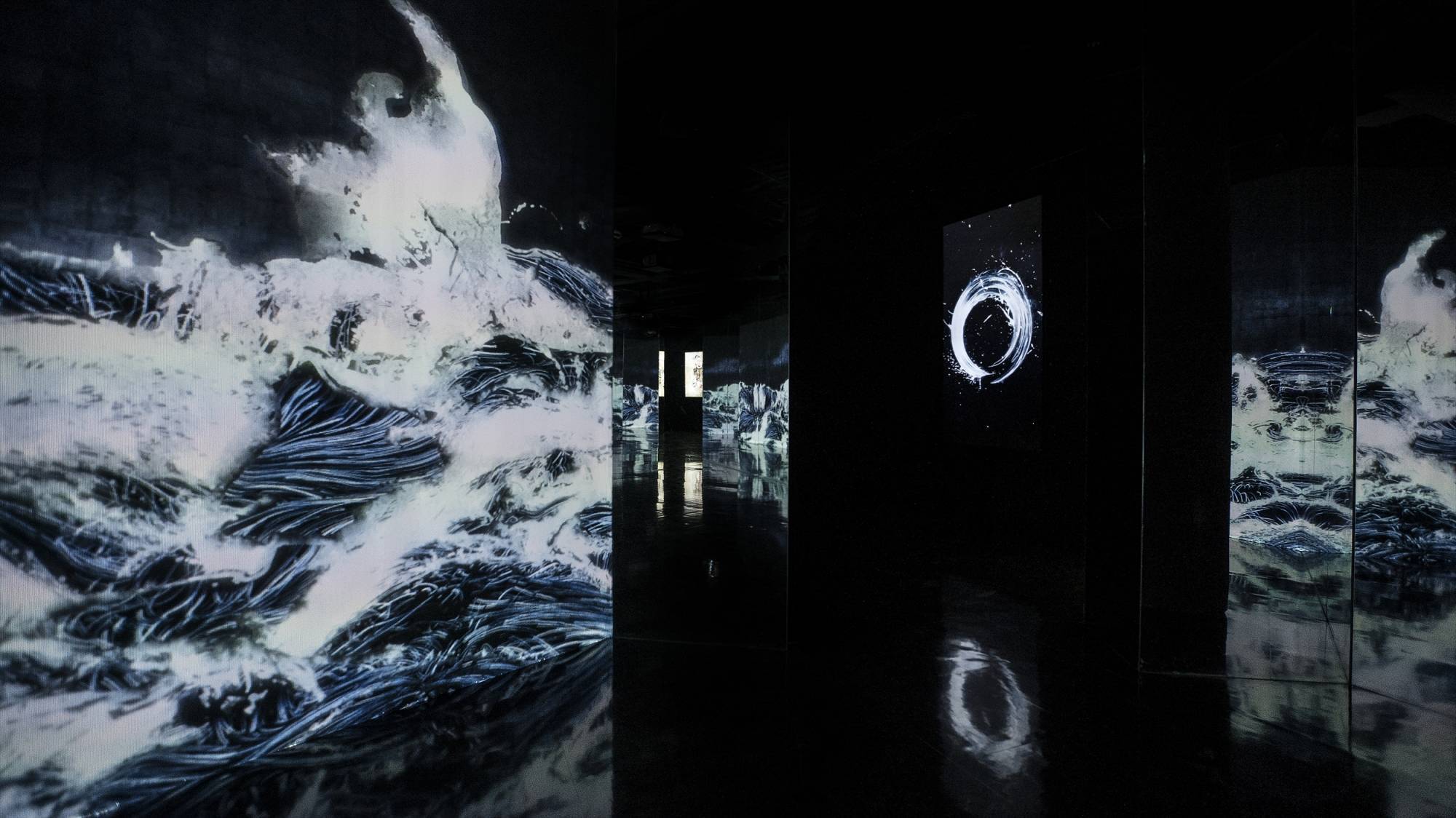 The water from this exhibit causes the flowers of the next one, entitled “Flowers and People, Cannot be Controlled but Live Together,” to scatter. This work surrounds visitors with accelerated cycles of birth, growth, reproduction, and death. The more people within the tank stay still, the more flowers are “born.” When people touch them and walk around the space, the flowers scatter. It’s all rendered in real time by a computer program.

“Black Waves: Lost, Immersed, and Reborn” is an installation made of a single continuous wave projected onto various surfaces within the gallery. The creators hope that visitors will feel the boundary between themselves and the waves disappearing upon entering this tank, transcending the limitations of the modern world that tends to make us humans feel as if we (and the things we create) are separate from nature.

The final three works are “Continuous Life and Death at the Now of Eternity II,” which blooms in line with the rhythms of the sun outside despite being located in total darkness, “Impermanent Life, at the Confluence of Spacetime New Space and Time is Born,” which creates a circle of cherry blossoms, and “Enso — Cold Light,” a depiction of the Zen practice of drawing a circle with a single brush stroke. 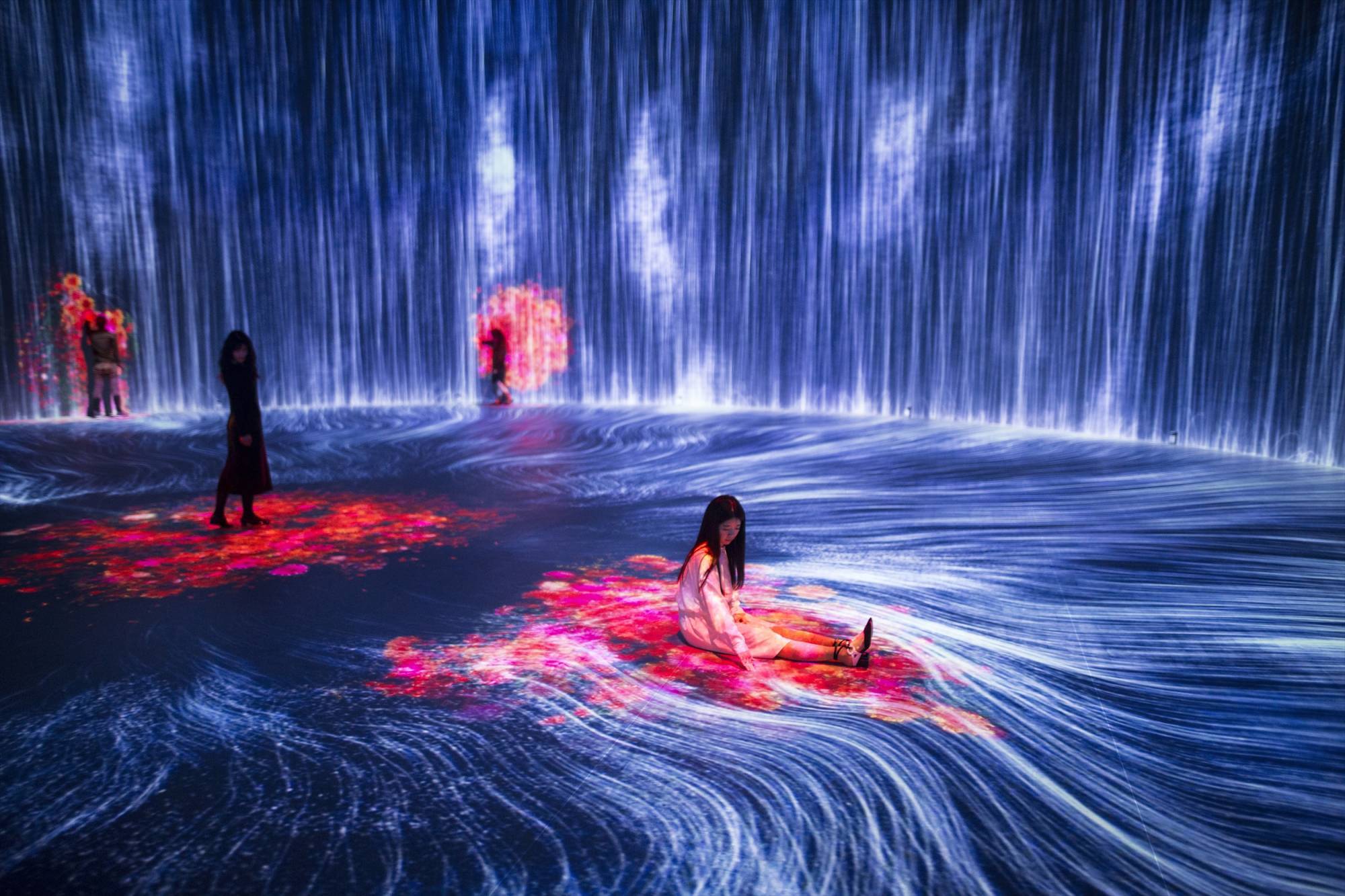 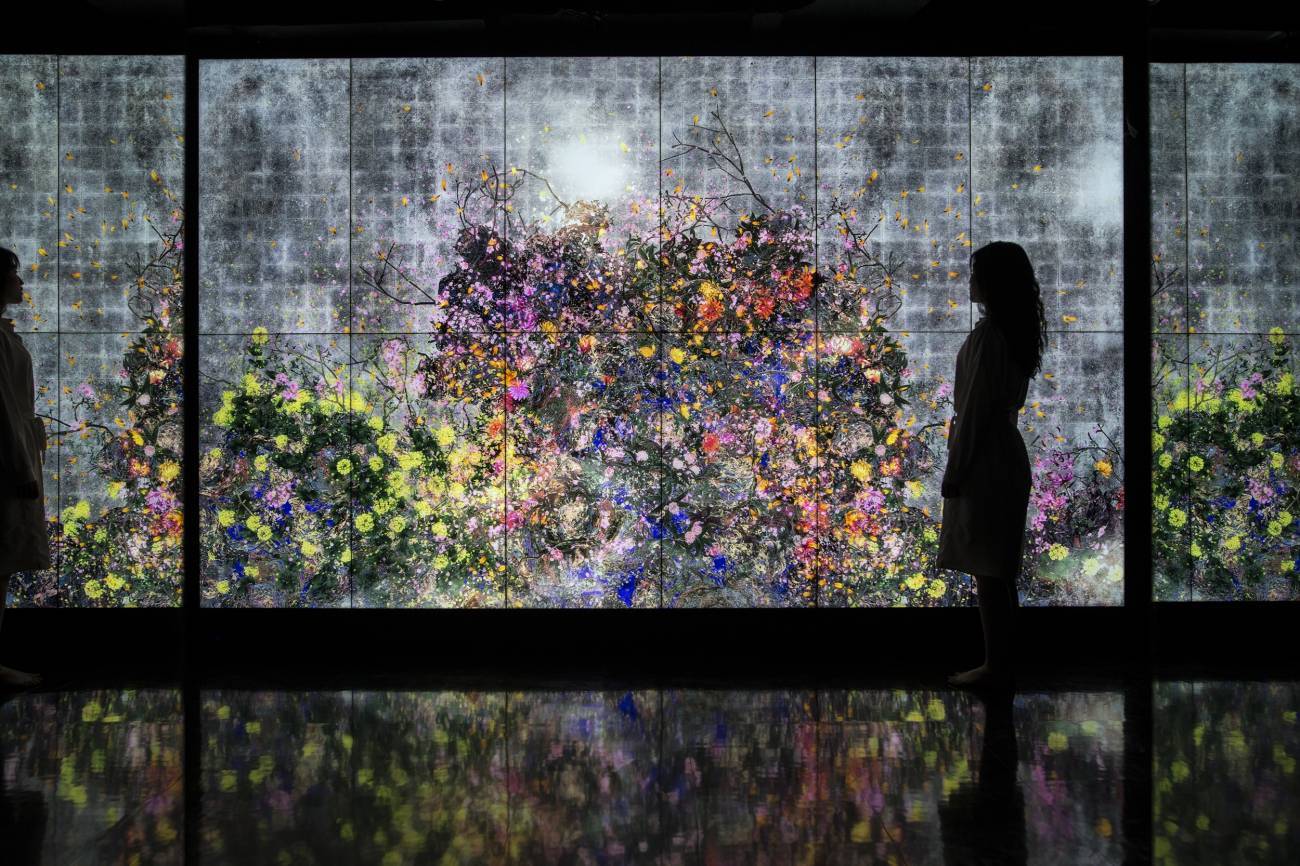 Together, all of these works celebrate the spirit of TANK Shanghai, which first opened in March 2019. It’s a cool way to reclaim a former industrial space for cultural events that benefit the community at large, and it’s just the latest amazing creation from the prolific group of artists, designers, engineers, and computer scientists that make up the Tokyo-based teamLab.