Japanese architect Tadao Ando has encircled a giant 44-foot stone statue of Buddha in a large, landscaped mound covered with lavender in the Makomanai Takino Cemetery in Sapporo, a city in northern Japan. This project was actually completed two years ago in 2015, but photographs and videos of it have only recently been released to the public. The cemetery itself is something of an homage to symbolic artifacts and iconography from distant lands, boasting a slew of the Moai heads typical of Easter Island (though they are not authentic), its own version of Stonehenge, and of course, the aforementioned Buddha sculpture. 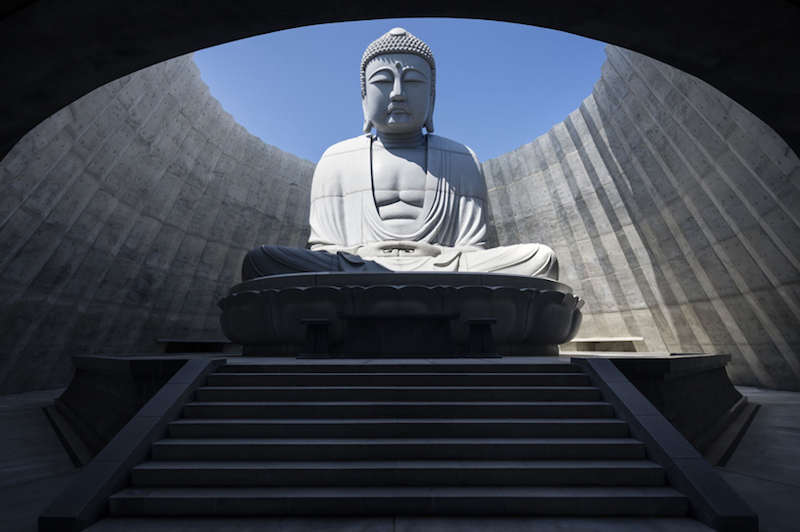 The massive stone installation was initially sited alone in a field, but it was deemed to be too unnerving to visitors, who come to the cemetery to see its wealth of imposing carved deities, and so the decision was made to place it in a more appealing setting. The architect was charged with highlighting the scale of the figure and situating it within a circular concrete mound, which itself is quite monumental, in hopes of juxtaposing it against a more readable context. The statue is 13-and-a-half meters tall, nearly the height of a five story building.

Sitting on a raised plinth atop a series of steps, the Buddha peeks out of a circular hole at the top of the man-made hill. This is visitors’ first clue to the statue’s size, as its protruding head is clearly enormous in scale — Ando himself has even described it as “the head-out Buddha.” As they get closer, the visitor passes through a 40-meter long tunnel, which runs from the calm landscaped exterior to the Buddha in a direct line under the mound. The tunnel is comprised of several folded arches, which themselves are made of Ando’s characteristic concrete, and provides guests with a glimpse the Buddha’s crossed legs once they’re inside it, allowing them to form a connection between the head they observed earlier and the newly-revealed body. The statue itself sits in an almost chamber-like space, illuminated from above by the hole in the mound. In its entirety, this “journey”creates a sense of anticipation, building up the viewer’s expectations of what they will see once they arrive at the final destination. 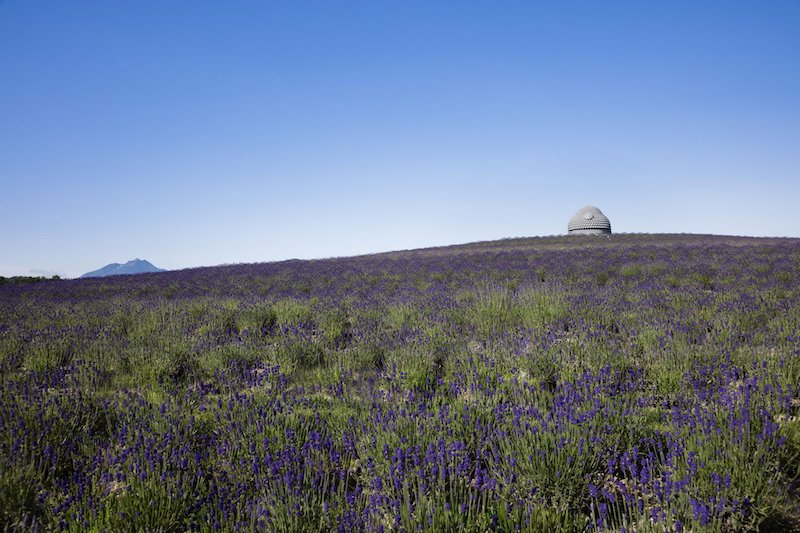 Ando says, “The design intention was to create a vivid spatial sequence, beginning with the long approach through the tunnel in order to heighten anticipation of the statue, which is invisible from the outside. When the hall is reached, visitors look up at the Buddha, whose head is encircled by a halo of sky at the end of the tunnel.” 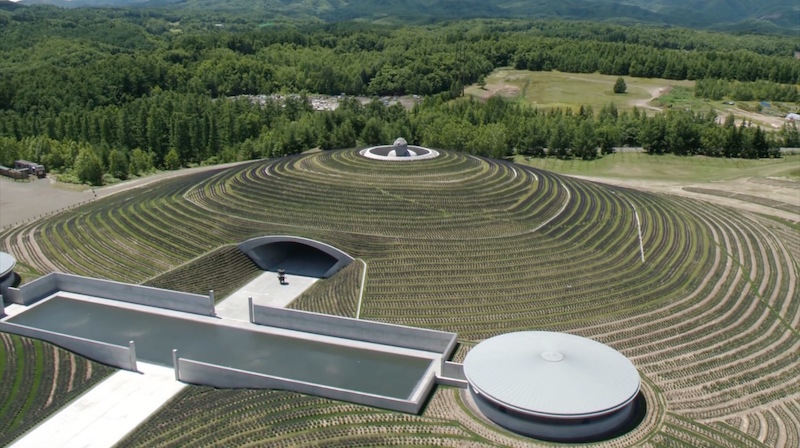 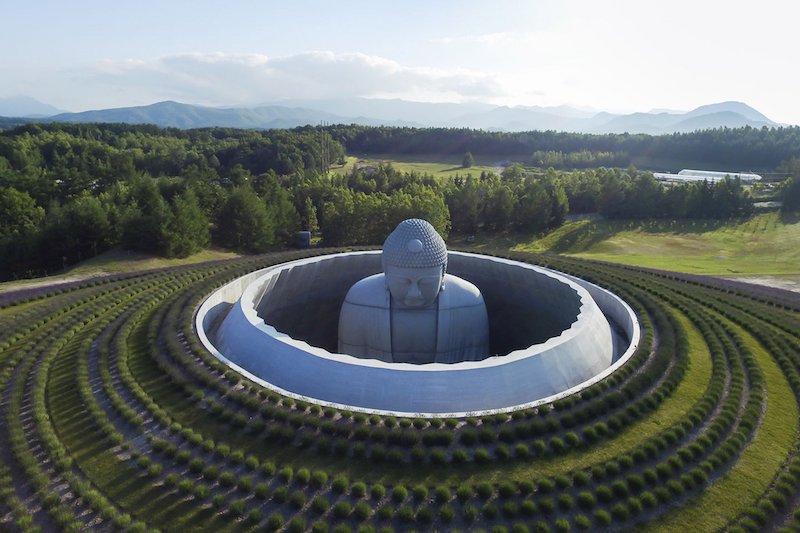 Continue reading below
Our Featured Videos
The “Hill of the Buddha” is covered with 150,000 flowering lavender plants, which provide row upon row of colorful bursts that change with the seasons. In the winter, both the mound and the Buddha’s head are covered in snow. This new architectural arrangement for the statue not only creates a processional journey within the cemetery that perfectly symbolizes life and death, but it’s also a new point of interest for visitors to explore while on the grounds.