The best architecture often comes out of its surroundings. The place where a building is sited can often inform not only its aesthetic design, but also its landscaping, orientation, and structural organization. When this happens, an inherent sense of harmony is born. Such is certainly the case with the new Gerês House in Portugal’s Vieira do Minho region. 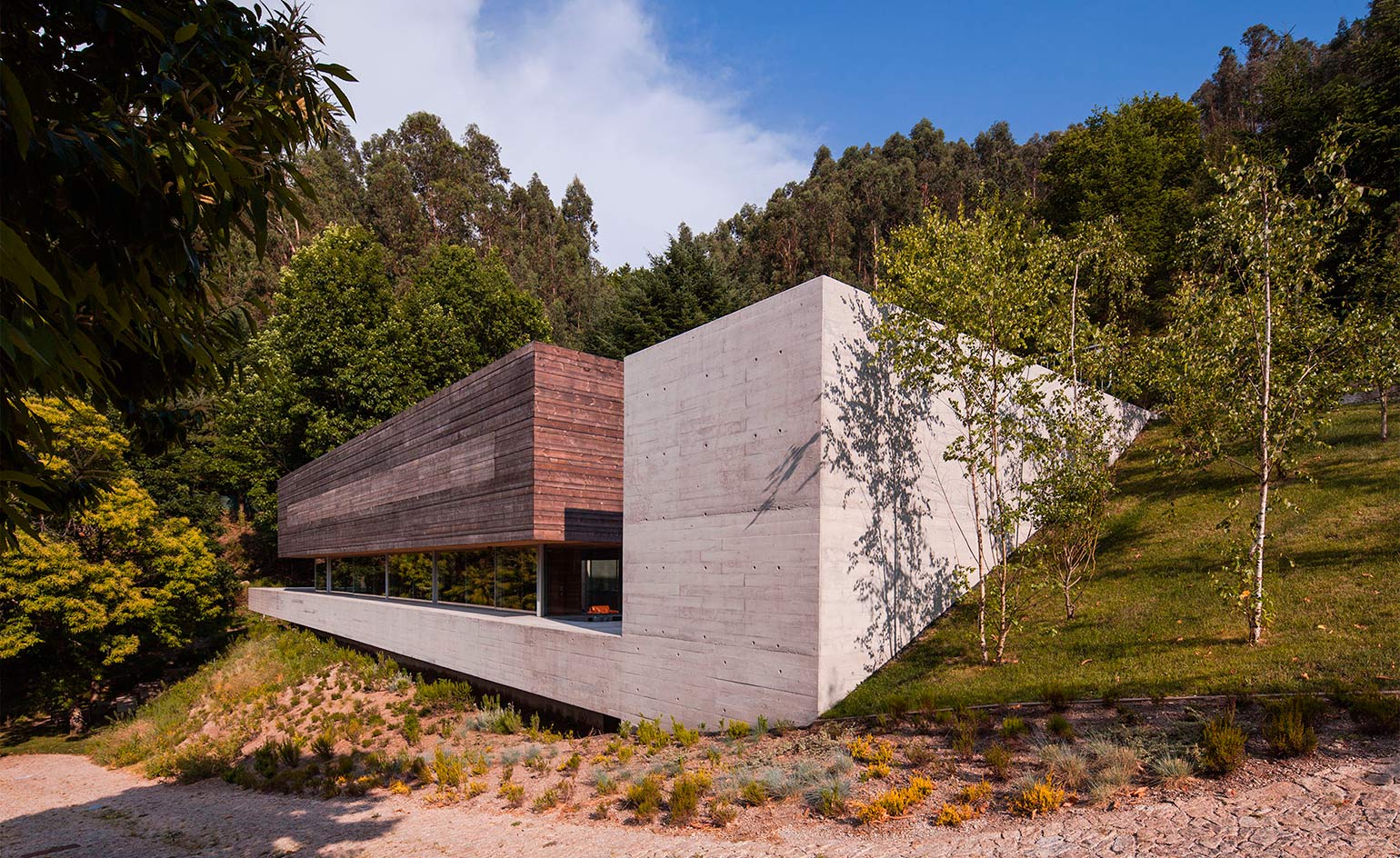 This private residence is situated on a steep slope. While the site’s original structure was removed to make way for the Gerês House, its stream and adjoining land, complete with incredible views of the greenery below, were taken full advantage of. The new home is a contemporary construction executed in overlapping planes of concrete — a choice made to allow the project to spontaneously respond to the area’s steep terrain over a number of different levels. 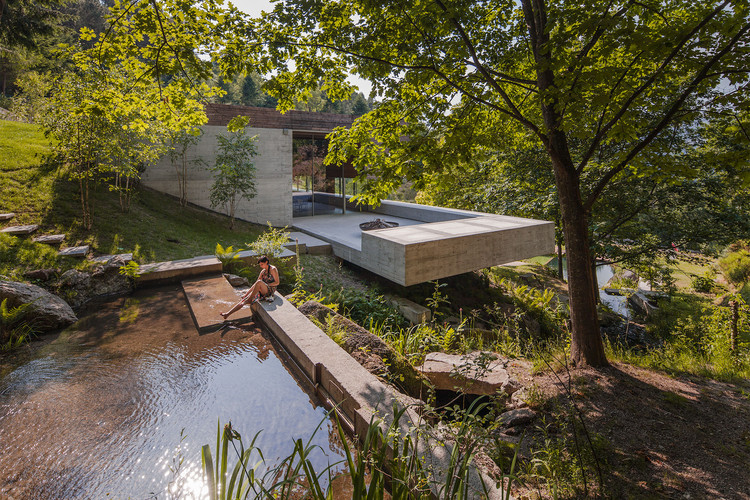 The construction is made up of two main elements: a large wooden volume and a concrete plinth, the former of which is practically suspended above the latter. The plinth itself is set into the slope, simultaneously allowing people to access the house from the upper level and freeing the lower planes up so that the view out over the surrounding landscape can be fully appreciated. The wooden volume is mostly open plan, and the fluid nature of its common areas means the residents can use it in a number of different ways. The kitchen and bedroom areas are located on the same level as the living space, but there are a few more enclosed and intimate spaces on the home’s mezzanine level to accommodate privacy needs. 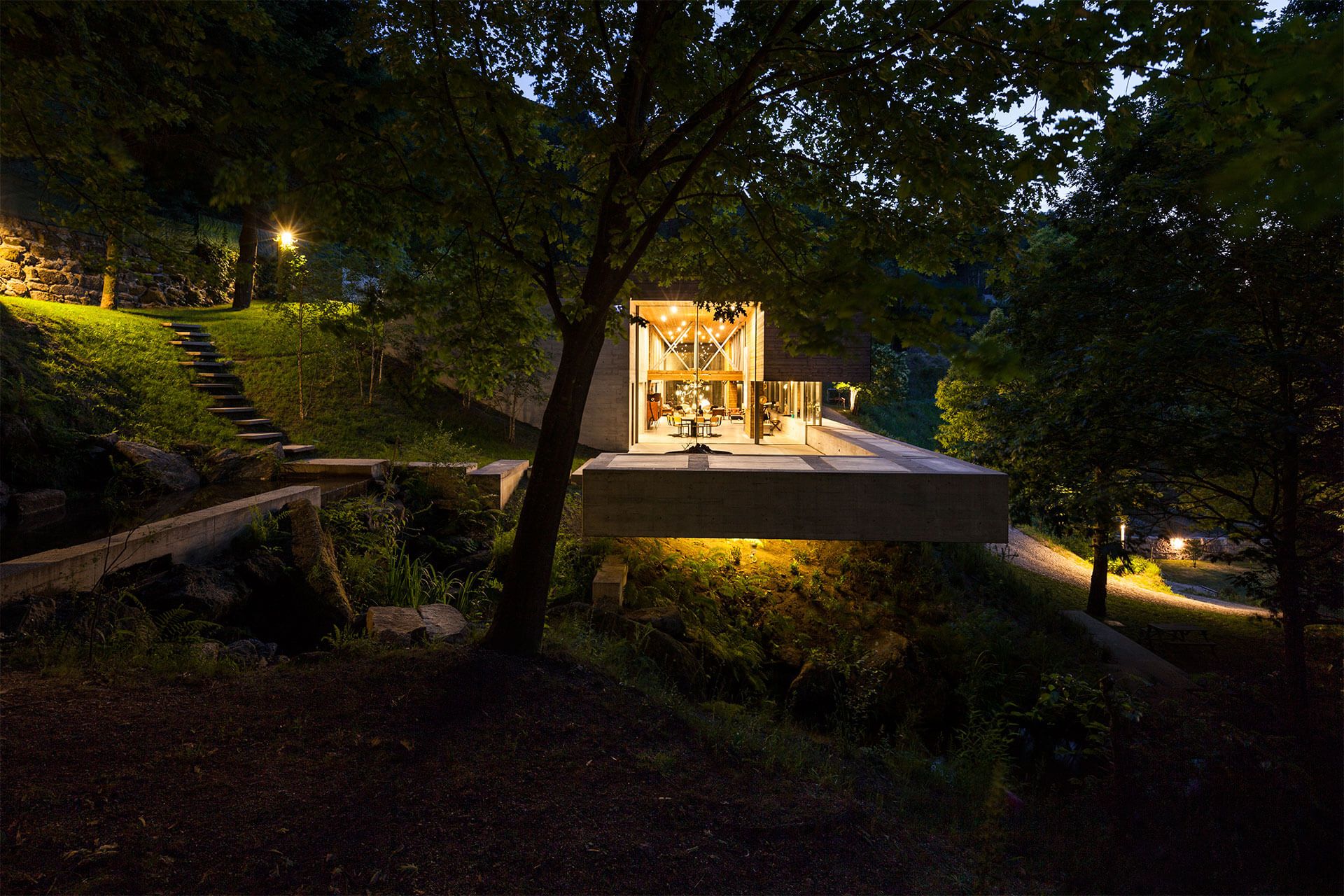 The Gerês House was designed by Carvalho Araújo, while the furniture inside it was conceived of by Álvaro Siza, one of Portugal’s most esteemed architects. Everything was made specially for a family who wanted a serene weekend escape where they could indulge in their passions for art, architecture, and entertaining. The stream was expanded to create a pond in the lower garden level, which itself is surrounded by a nice mix of both natural and manmade elements. Steps trace an idiosyncratic route down to this area from up above, passing through uncovered portions of the concrete base that have been made to function as outdoor terraces. A water feature flows from the top of the site over a set of landscaped concrete trays and connects to the stream below, ensuring that water is abundantly present all throughout the site. 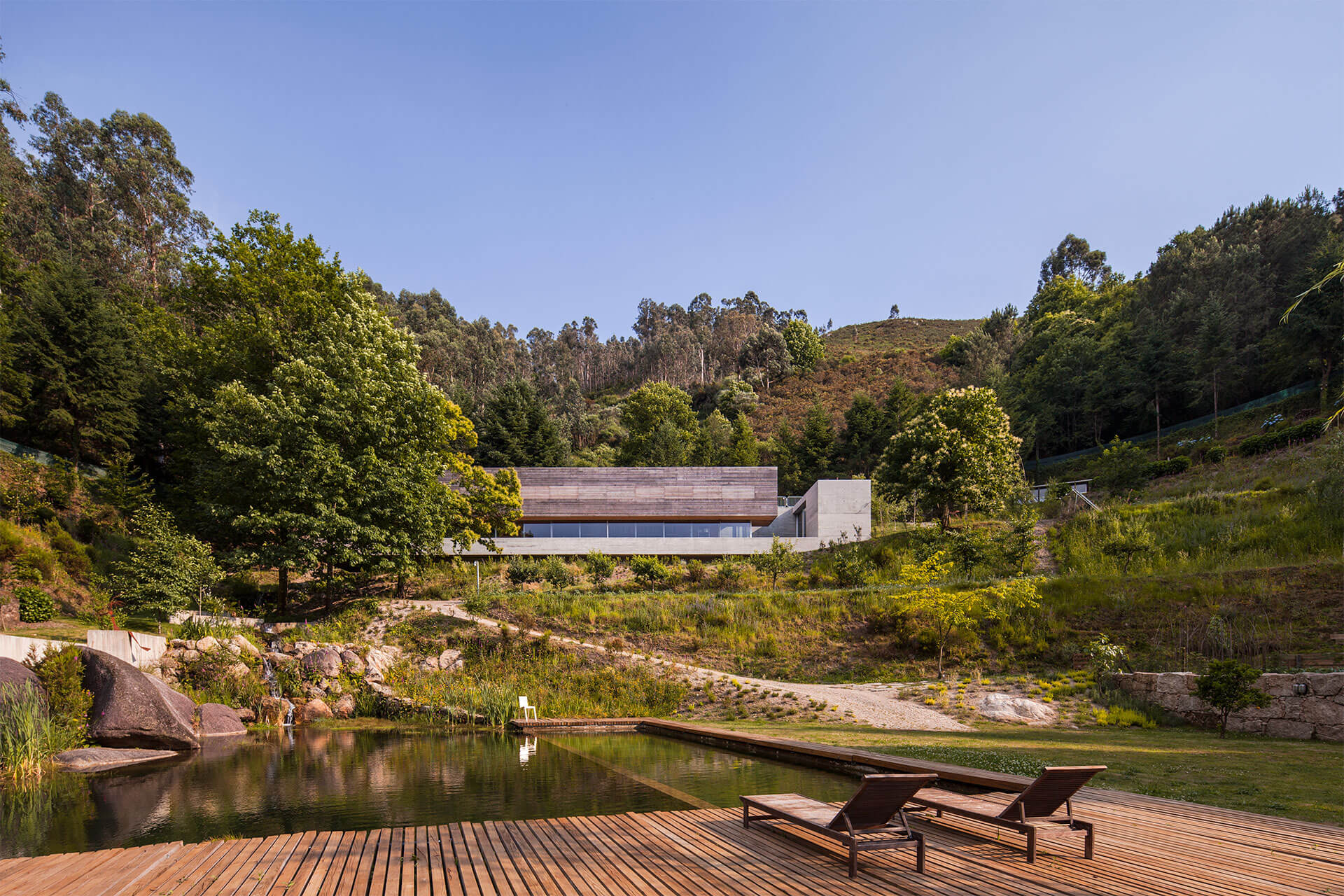 The home’s interlocking volumes of wood and concrete similarly flow into one another, with the board-marking on the concrete making it virtually indistinguishable from the planks being used for cladding. Mechanical glass doors reach 18 feet in height to separate the living area from an outer deck beyond. This glazing also marks the transition between the two volumes, allowing the residents to open up their home’s internal spaces to the outside world whenever they feel like it. There are also a number of exciting elements to be found within the house itself, including hot tubs with panoramic views out over the garden and exposed ceiling trusses.