For many football fans, crisp fall air and the falling leaves of autumn signal the time to load up the tailgating supplies and head out for weekend pigskin events. Like most campuses across the country, the Ohio Buckeye parking lot smells of grilled foods during these times — not to mention the less-than-tantalizing emissions from thousands of generators. Taking note of the latter, one group of students set out to create an alternative to gas-powered generators. 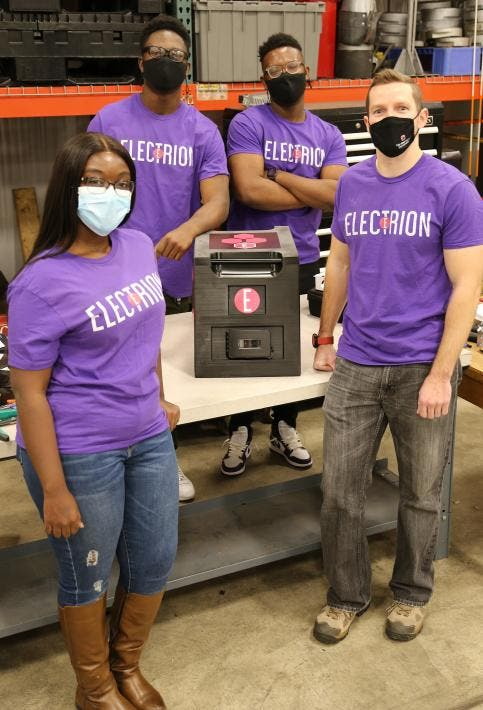 Motivated to combat the pollution created by running generators that power TVs, slow cookers, mini-fridges, and grills, the team developed a rechargeable battery pack with more than enough power to handle the job. They call it “energy storage as a service.” 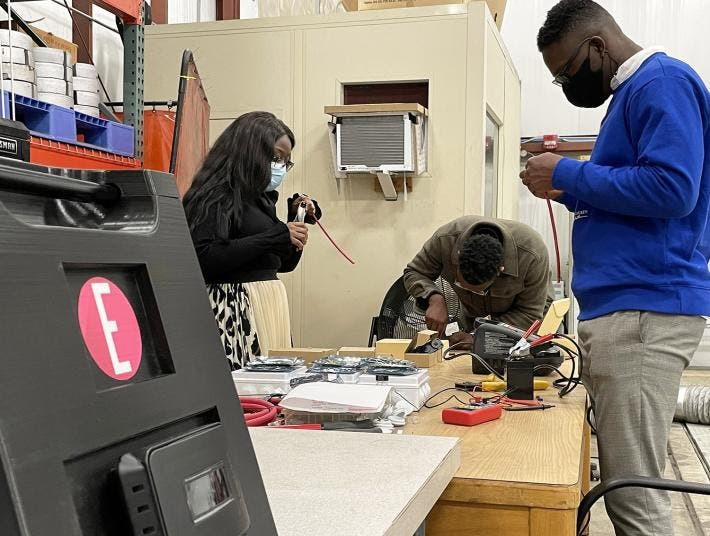 When they ran a cost analysis, however, they quickly decided it would be cost prohibitive for individuals to buy personal battery packs. Instead, the students created a rental system that allows fans to charge up their tailgate activities sustainably using the rechargeable option.

“We really thought about the user experience. Because you are providing this as an alternative, you want that transition to be smooth. If it’s too hard, they’ll just keep using the generator because it’s easy to use,” Caleb Buaful explains.

Once the battery pack was developed, the students focused on a delivery system and decided on electric bikes that could easily zoom throughout the parking lots, quickly delivering batteries as needed. They then developed a mobile app that allows users to see when their battery is running low and instantly order another for delivery. The system has since found support at Ohio State, itself an eco-minded campus with big goals of its own (primarily to become carbon neutral by 2050). 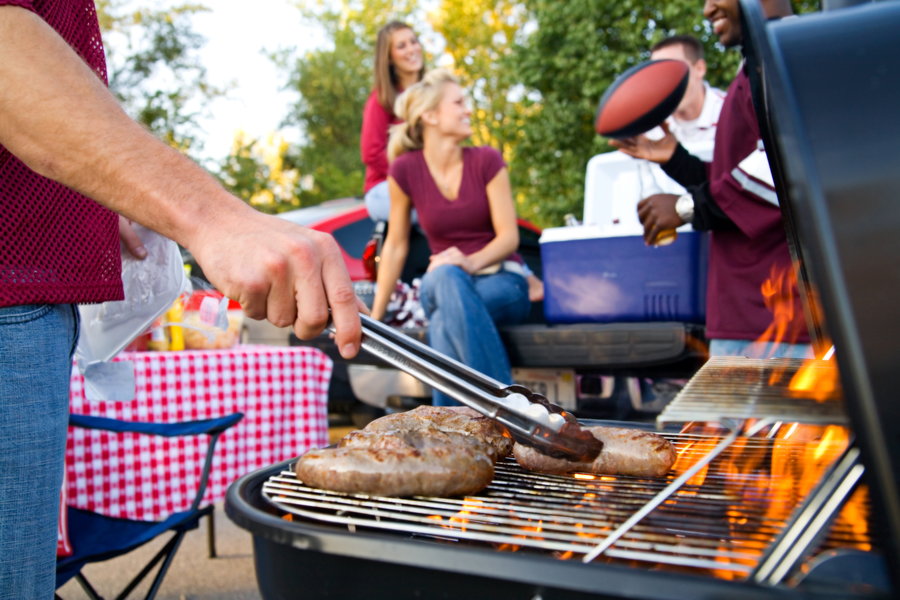 Nti is president of a student organization called Smart Campus, which was founded by Freudiger. The mission of the group is to develop innovative solutions to improve communities at the university, and it’s safe to say that this project fits that bill pretty well. Mentor to the group BJ Yurkovich also expressed enthusiasm for the work the students are doing, saying: “It’s been exciting to watch this talented team of students not only develop cutting-edge technology, but also navigate the complexities of entrepreneurship and business development.”

The university showed support to the initiative by awarding Electrion an $89,000 Ohio State Sustainability Fund grant. Outside of campus, MegaJoule Ventures, an investment firm focused on sustainability, also invested $250,000 to help get the company off the ground.

While they started small by hoping to motivate their fellow Buckeyes, the team estimates each tailgating day results in about 120,000 pounds of carbon dioxide emitted, which means their system could really be useful in cleaning up sporting venues all across the country.

Nti adds that: “We came back and started talking and thinking, ‘If that’s just from one day, that’s thousands of pounds of CO2 being emitted at just one Ohio State game, how much more would be over a season and then at other schools across the nation as well? We saw that as a very significant impact, so we thought about how we could possibly be a solution.” 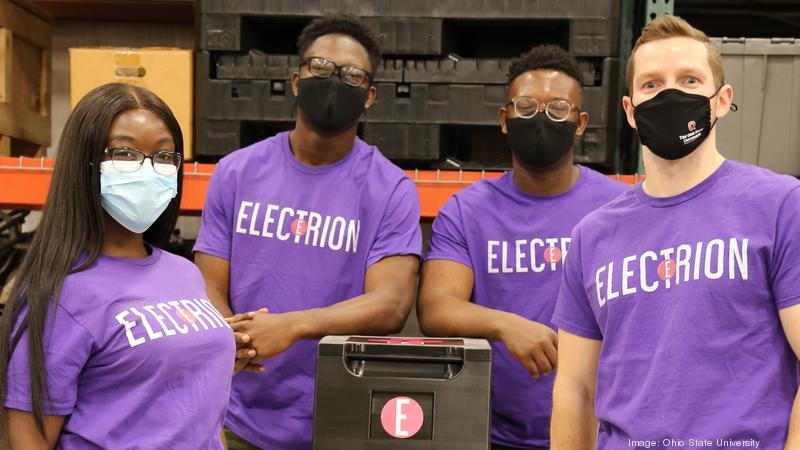 The idea for this generator alternative was born during the 2019 football season, and the team founded their company shortly before the pandemic hit. They are currently working up prototypes and hope to have a finished product available by the time tailgating is back in session.