Riding a bike around town is great when you live in a flat city, but less so if you have a lot of hills to climb. Nobody likes showing up to work looking like they just ran a marathon, after all. You can save a lot of sweat with an electric bike, which will do most of the uphill work for you, but they’re pretty expensive, and a major target for thieves. A new portable e-motor called CLIP solves all of these problems in surprisingly elegant fashion, at a far lower price point. 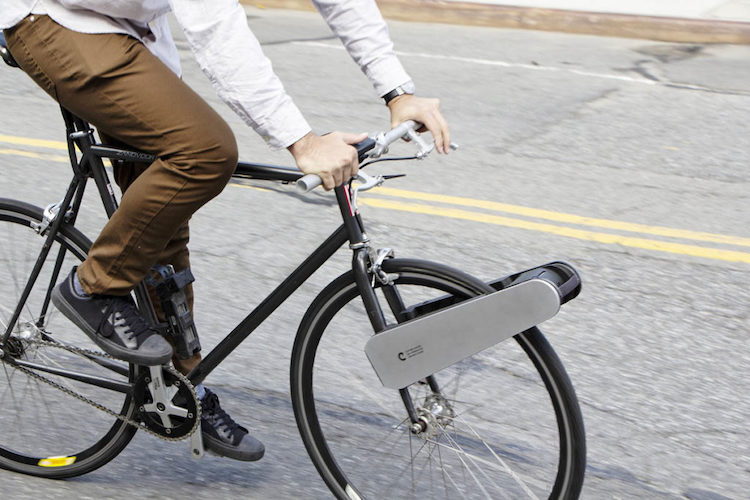 CLIP is just what it sounds like, clipping onto the front wheel of any standard bicycle to instantly convert it into an e-bike. There’s no complicated installation process or even tools required. It takes literally seconds to attach or detach, and since it’s so portable at a weight of seven pounds, you can tuck it into your bag. Lock up your beater bike, take the most valuable component inside with you at your destination, and breathe easy. Once plugged in, the CLIP recharges from 0 to 100 percent in about 40 minutes. 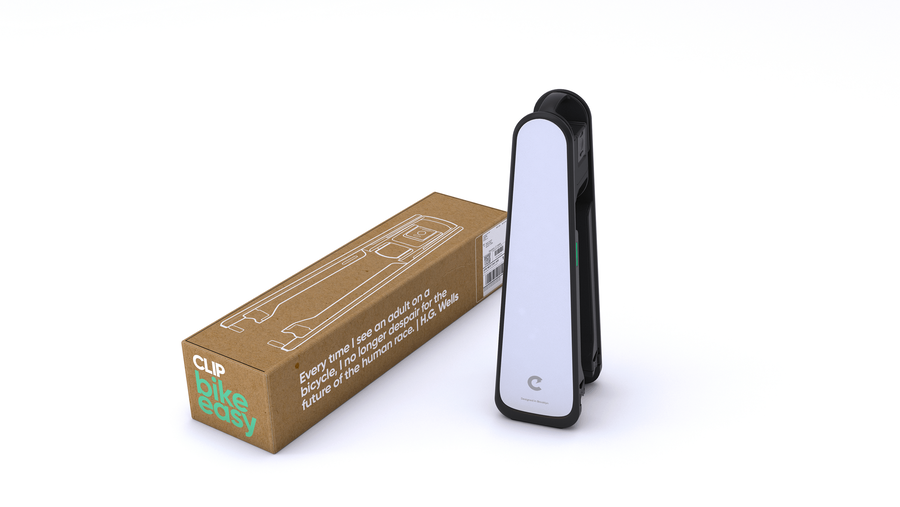 The CLIP is a standalone product with no separate batteries, sensors, or wiring. Compatible with all city, road, and hybrid bikes with a 26 to 28-inch front tire and any fork stem thickness, the plug-and-play design features a friction drive, a type of mechanical transmission that transmits torque directly to your front tire via a small roller. And if you’re concerned that an electric motor will erase all the health benefits of cycling, worry not – you can choose to activate or deactivate it whenever you want. 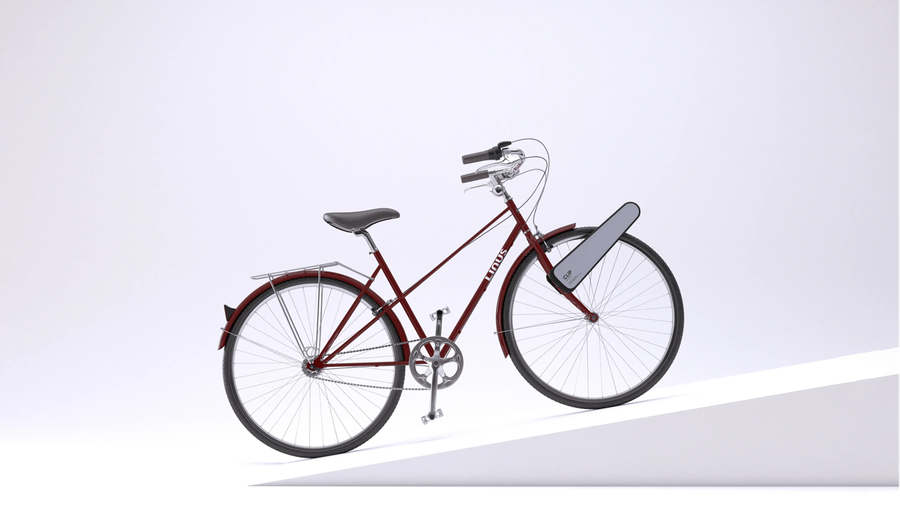 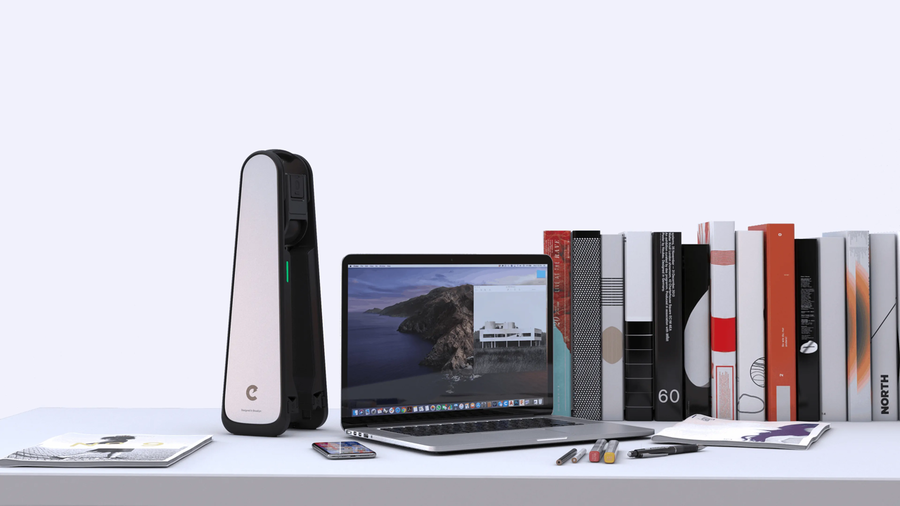 One of the coolest parts of the CLIP is the fact that it even works with shared bike services like Citibike. Let’s say you do most of your commute on a bus or train, but have another few miles to travel after that that aren’t efficiently serviced by public transit. You don’t have to lug your own bike along with you. Just bring your CLIP and attach it to a rented bike for the duration of your ride. If you really wanted to, you could just ride your bike the whole way. The designers say CLIP will allow you to bike a distance of up to 15 miles in about 45 minutes. CLIP performs within the Class 1 classification of e-bikes, offering pedal-assist only rather than throttle, with a maximum assisted speed of 20 mph.

The makers of this portable e-motor say the CLIP’s friction drive won’t wear down tires, but it performs best on dry or semi-dry roads. If you’re trying to bike in rainy conditions, you’ll want to use the power of your legs instead. Apparently, they have some upgrades coming in the next generation that will eliminate this issue. They’re also set to debut an accompanying iOS/Android app with features that haven’t yet been unveiled. 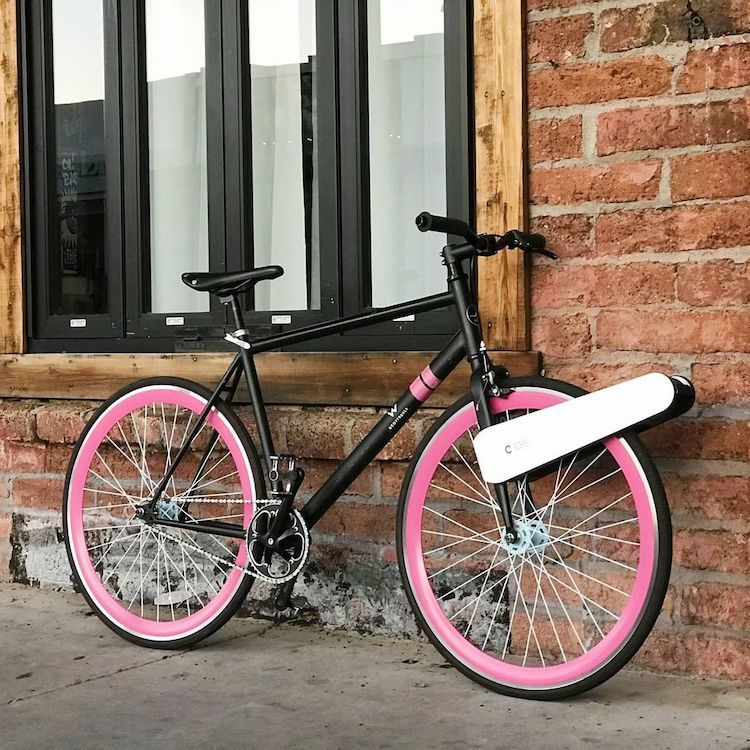 “[We] realized that the solution to this problem had to be nuanced and apply to a wide demographic of urban commuters,” says Somnath Ray, co-founder and CEO of CLIP. “The solution had to be portable and lightweight, so it could be easily detached after every use and taken along, so it can’t be stolen, modular and inexpensive so a person who doesn’t own a bike or has a complicated inter-modal commute can bring it along to use it on shared bikes; or just rent it from a vending machine.” 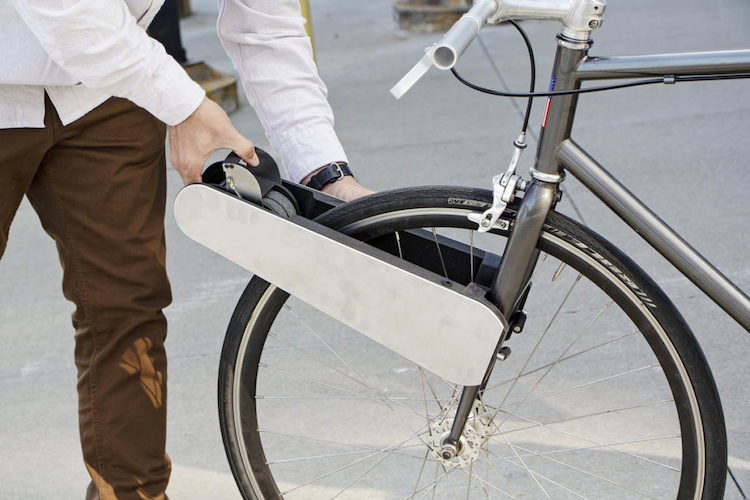 At $399 USD, the CLIP costs about half the price of a regular electric bike and offers a oe-year replacement warranty. They’re accepting pre-orders right now on their website with a $50 deposit.