Designers have long been drawn towards the futuristic. With significant advancements in the tech sector dropping almost daily, they’ve dreamt up tons of new machines heavy on futurism and positively dripping with sleek smart tech features. 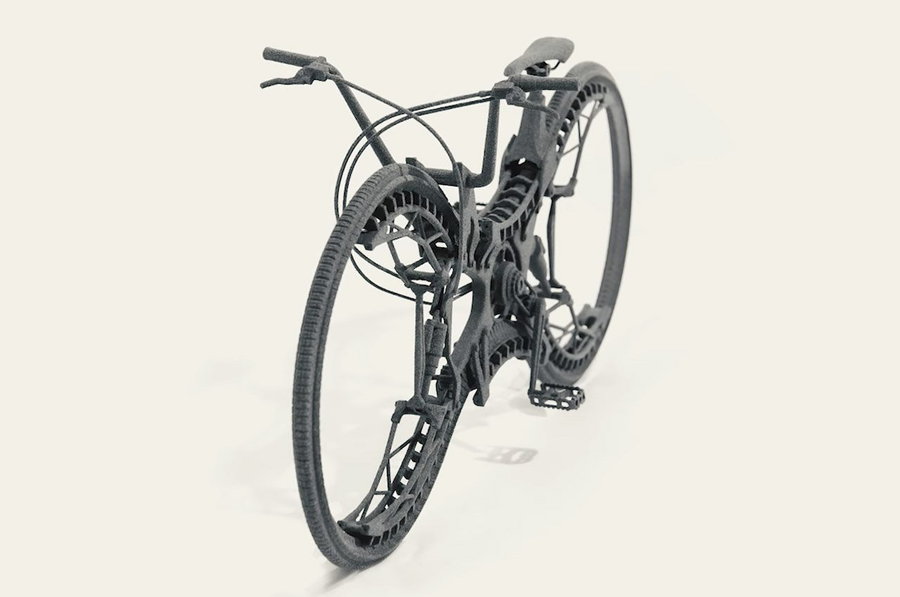 Forward-thinking visionaries like creator Stephan Henrich are leading the way with advances in “robotic design and architecture in physical realization and speculation,” and one only has to feast their eyes on his latest work to see just how much is possible through the combined powers of 3D printing, mechanistic robotics, and modern ground transport. 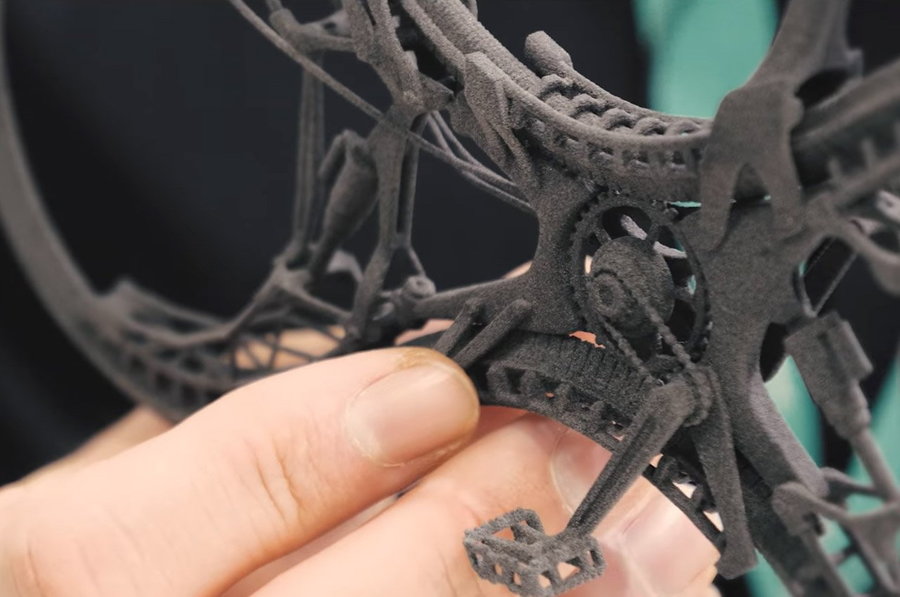 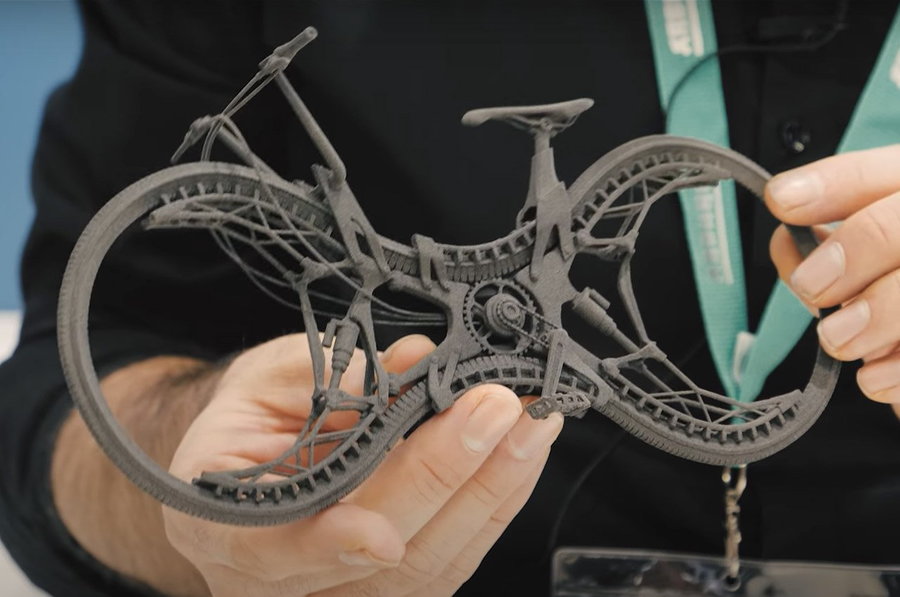 Dubbed “The Infinity,” the project is (surprisingly) not a Batman-esque reimagining of the Tron bike, nor is it a souped up, hyper-sleek sports car like the Bugatti Bolide. It’s actually a beach cruiser – a mode of transport that’s usually not considered quite as sexy.

But this isn’t just any beach cruiser. It’s a true example of Henrich’s penchant for design that’s anything but simplistic. Built around a “continuous construction element,” the bike, though not motorized, is just one short step away from inking itself into the history books as a perpetual motion machine on wheels. Henrich explains that this is “driven by a revolutionary monotyre clip chain construction…propulsed by a central wheel getting its force by a crank over a short chain and a 8-speed gearbox.” Sound complicated? That’s because it is – but would you really expect the cruiser of the future to be anything less? 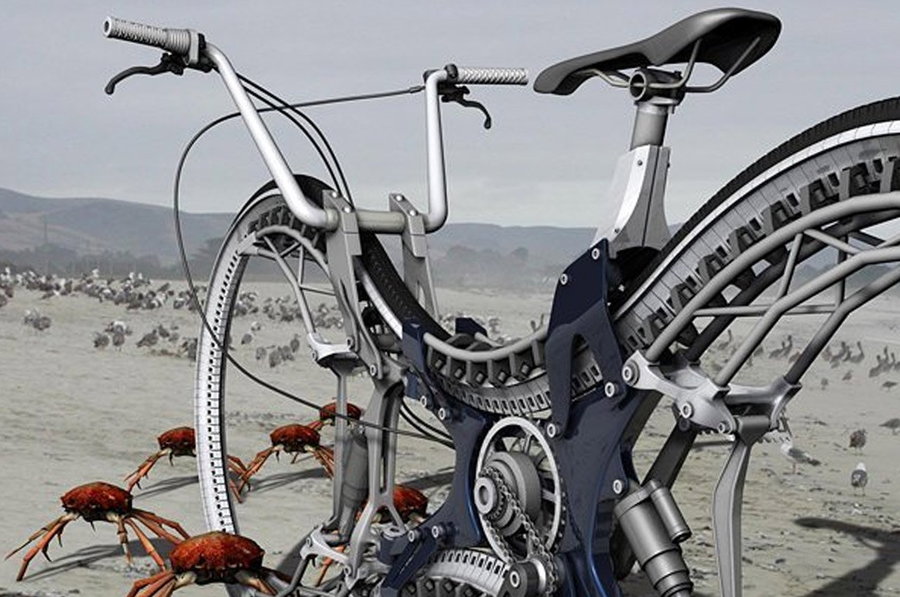 Set aside all that techno-babble, impressive construction, and sleek, industrial composition, and the bike remains just that: a bike. There’s pedals, handlebars, and wheels — they just so happen to be arranged in a way that makes non-robotically enhanced rides look like that trike you had as a kid. 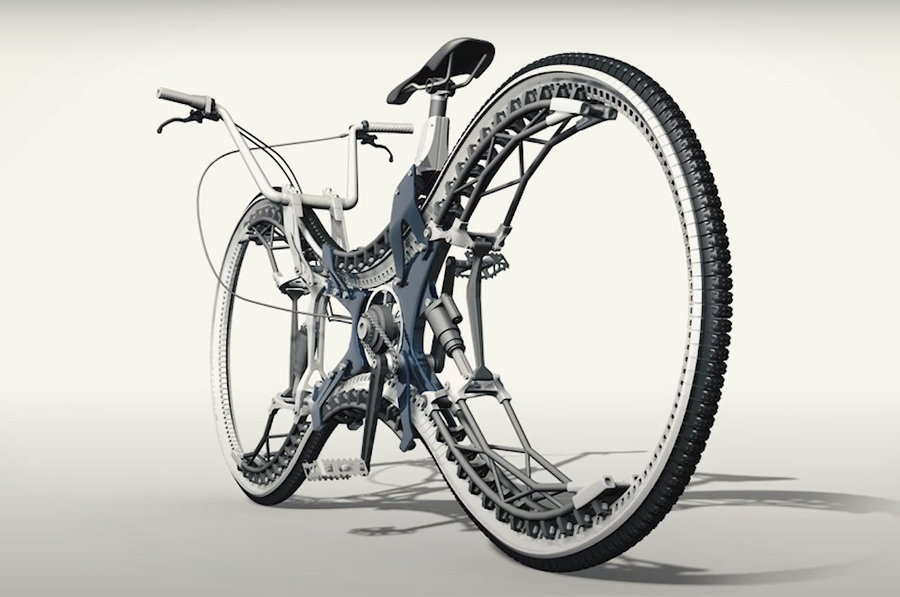 While it’s only a prototype for now, “The Infinity” all-wheel beach and city cruiser has the potential to make a big splash with its innovative design concepts, 3D printed origins, and central “continuous construction element,” though Henrich believes it has the potential to make an even bigger splash as a two-wheeled transport for bike riders everywhere. As the design itself proves, with a little time, imagination, and creativity, anything is possible.