Move over, Harley Davidson – there’s a new bike on the block that’s set to be the future on two wheels. Sleek, cutting-edge, and looking like something straight off the streets of Gotham City, the new Spirit gigabike is here to make your run-of-the-mill motorcycle look like it still has training wheels. 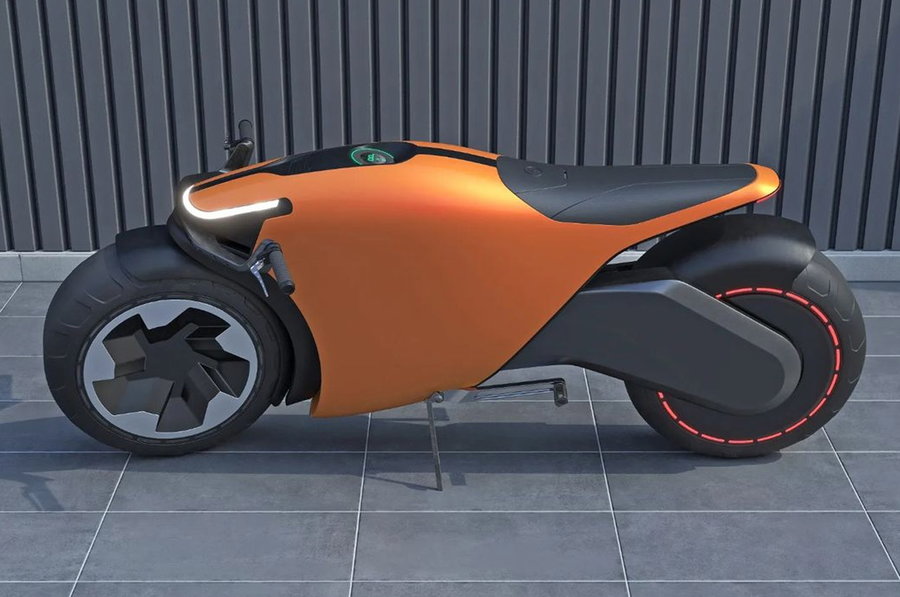 This two-wheeled wonder is the brainchild of designer Roman Dolzhenko, known for his next-level aesthetics that reimagine anything and everything on wheels. From his concept for a Level 5 autonomy electric truck that represents the future of freight to the Mimic e-bike, whose jungle cat curves could be seen on the streets of Wakanda, Dolzhenko knows how to bring his singular stylistic flair to every ride he touches. 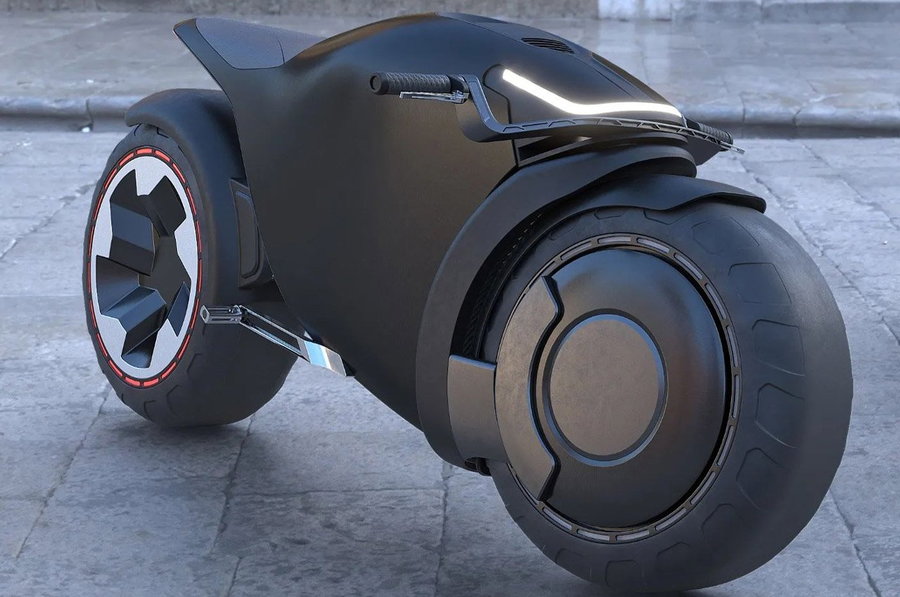 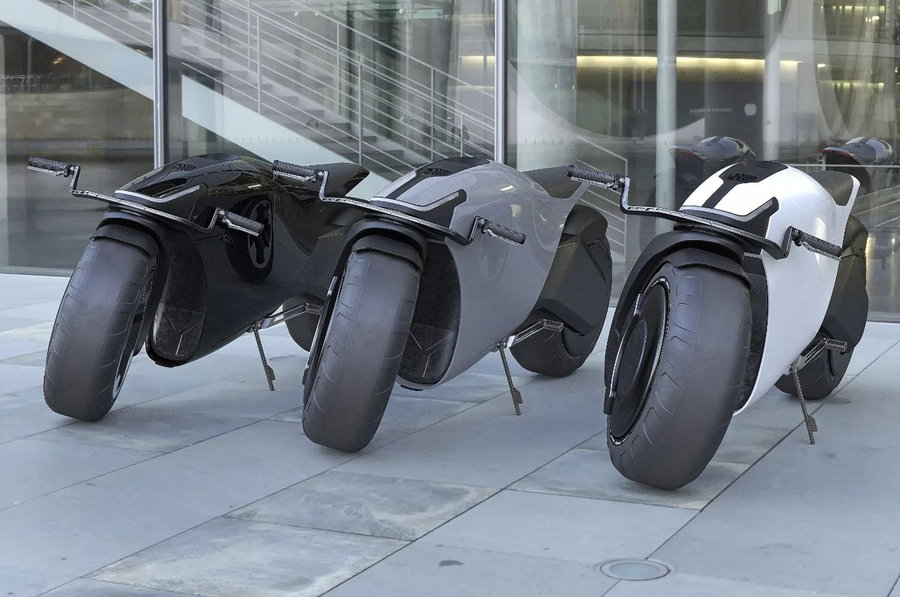 Like his previous designs, the Spirit gigabike is also electric — another indication of his creative penchant for setting his wheels in a world looking to make clean energy the wave of the future. 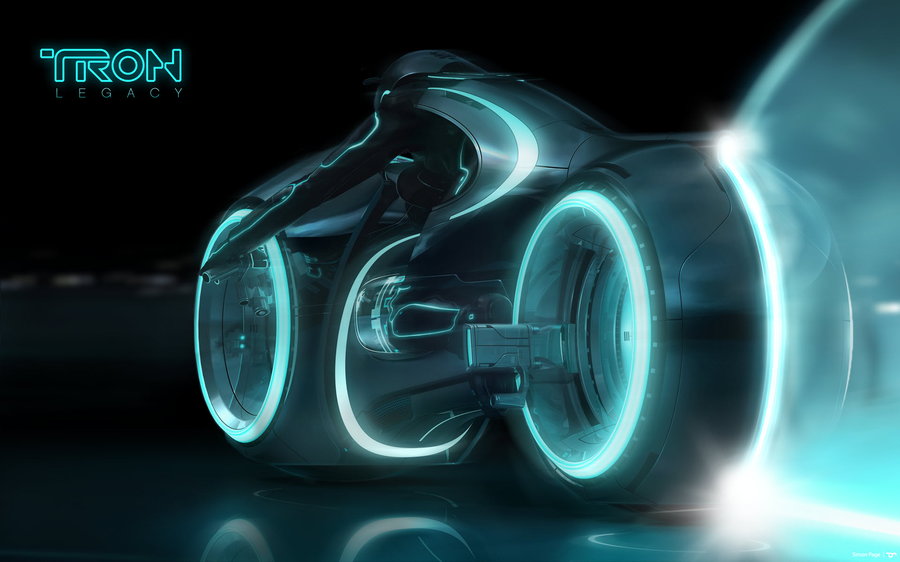 And the future is now, as the Spirit gigabike is set to hit the streets in all its glory soon. Looking like the world’s coolest mashup, the bike evokes some serious Tron: Legacy vibes with its low-slung body and wide, pavement-grabbing wheels, married with the best of Batman’s most ambitious designs. Think Dark Knight-era Batmobile’s opaque black, chunky (but never clunky) details and need for speed. Just one look and you know this thing is gonna hug curves, burn rubber, and never look back. 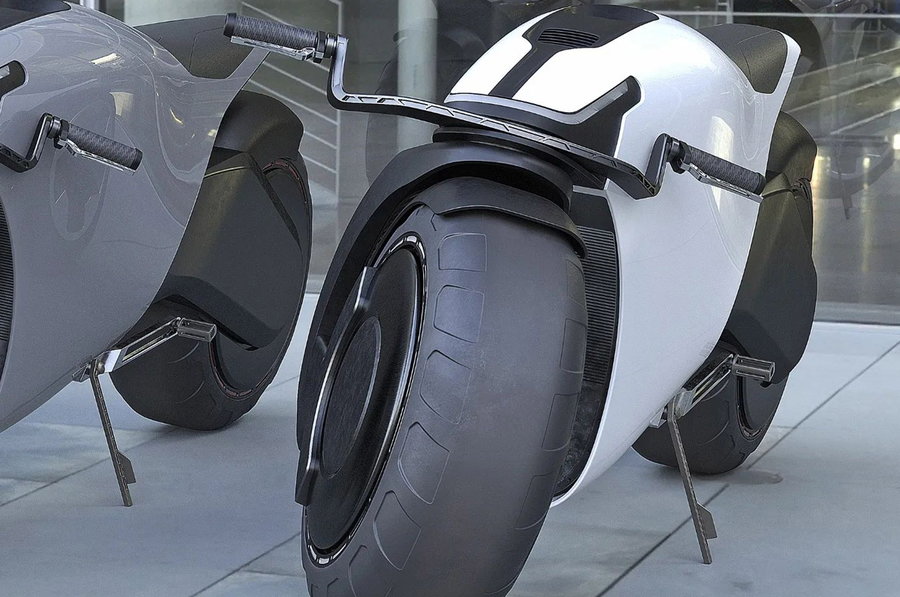 The body of this motorhead’s dream-come-true doesn’t only come in basic black, but mixes things up with dark gray, metallic silver, and orange, as well as gold body options that contrast beautifully with the stark matte details found on the rest of the bike. And the details really are something. Thick, hypertrophied wheels, curving aerodynamic lines, high-tech displays, headlights and taillights that mirror Robocop’s distinctive headgear: the Spirit gigabike positively oozes speed and charisma, a bonafide influencer sure to leave other bikes in its uber-sleek and trendy dust. 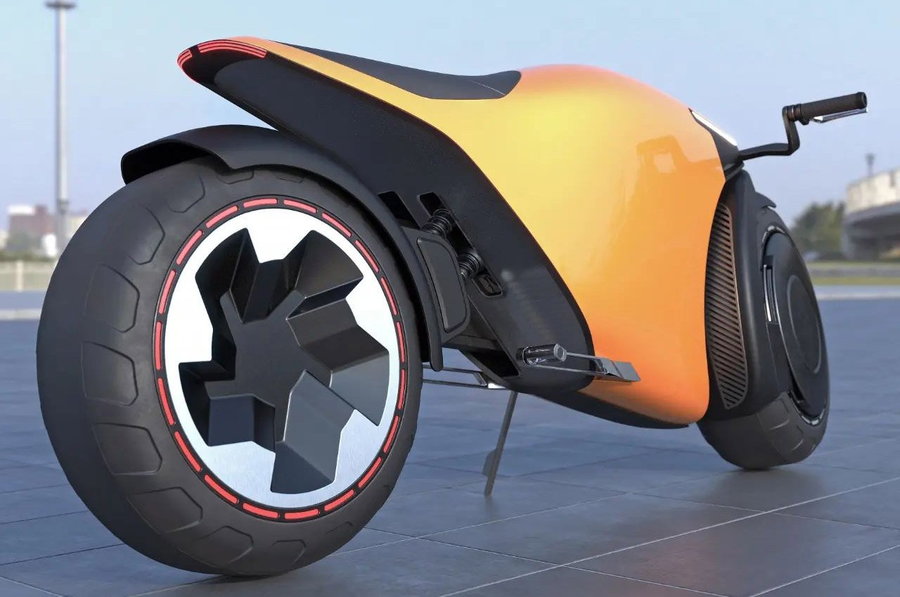 Feeling your inner Batman? Then stick with the opaque, gritty black that would make even Bruce Wayne jealous and rule the streets of Gotham (or your own hometown) with the electric bike of the future. Marvel more your thing? Then go for the gold and challenge your inner Iron Man (smug sense of self-satisfaction not included). Whatever color you choose, be prepared to lean over those handlebars and ride into Tron universe, leaving just an echo of the razor-thin taillights blinking in your wake. 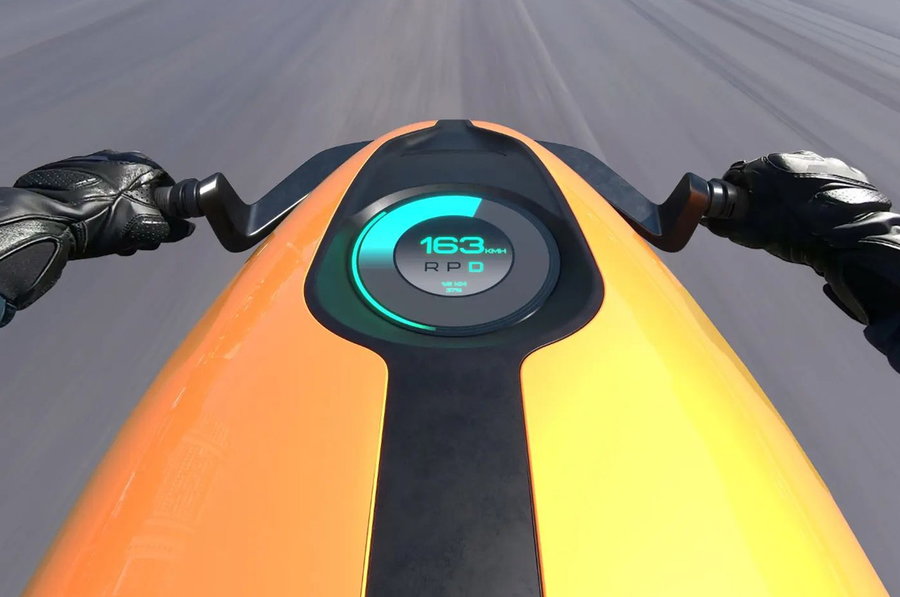 Creating epic rides that mimic pop culture legends is nothing new — see the real-life Mach Five Speed Racer car designed by custom car builder Mark Towle if you don’t believe us — but the Spirit gigabike cherry picks its influences from some of the coolest ones around. Even better, it’s an eco-friendly e-bike that’s road ready and totally rad. What more could you look for in futuristic transport?